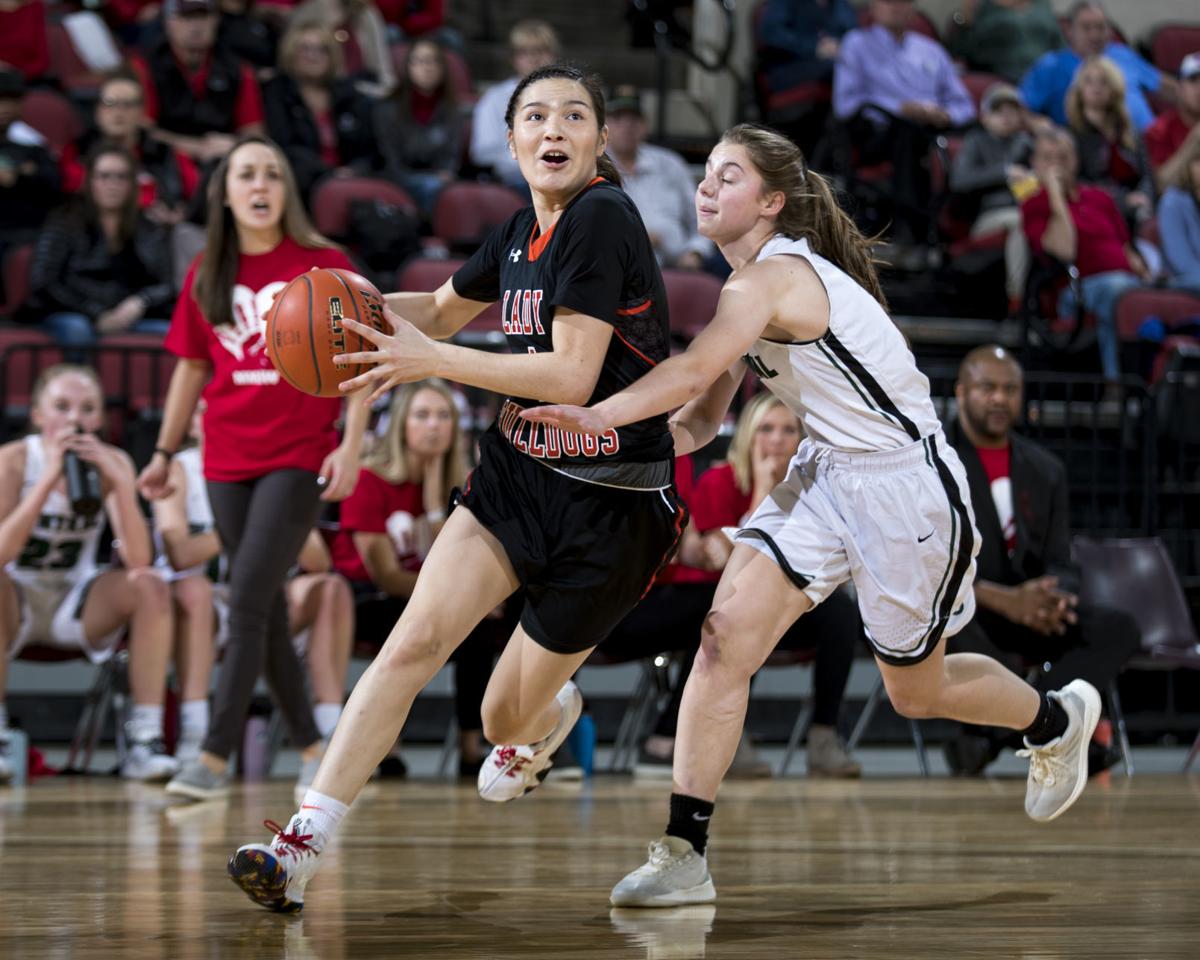 Hardin's Nevaeh Alden drive towards the hoop against Billings Central's Mya Hansen during their game Friday at First Interstate Arena at MetraPark. 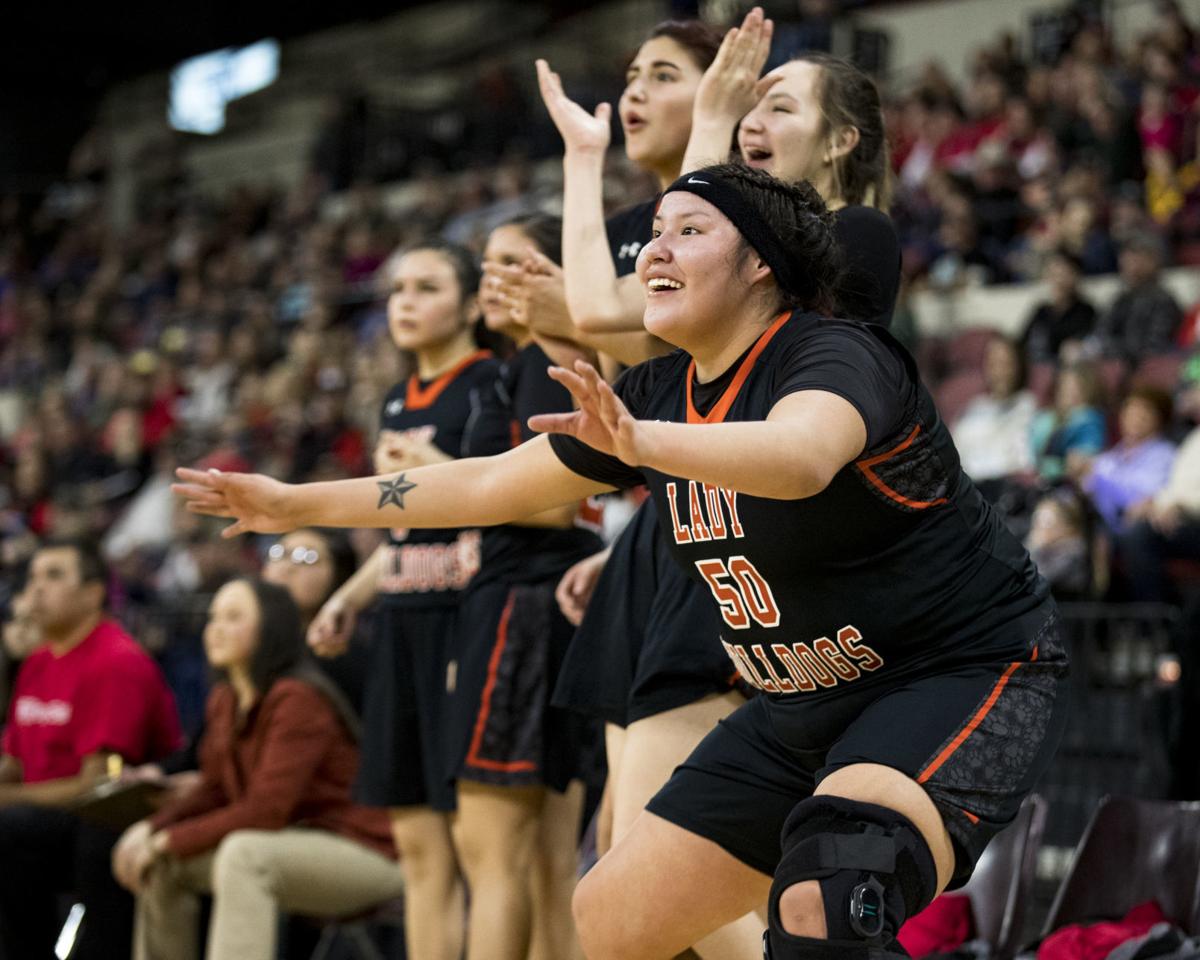 Hardin's Julianna Takes Horse reacts to a basket during the third-ranked Bulldogs' 65-55 win over No. 1 Billings Central at the Metra in Billings on Friday night.

Hardin's Nevaeh Alden drive towards the hoop against Billings Central's Mya Hansen during their game Friday at First Interstate Arena at MetraPark.

Hardin's Julianna Takes Horse reacts to a basket during the third-ranked Bulldogs' 65-55 win over No. 1 Billings Central at the Metra in Billings on Friday night.

BILLINGS — And then there were none.

The victory was the sixth in a row for the Bulldogs, who haven’t lost since an overtime setback to Billings Central just before the Christmas break.

And, like most games between these rivals in recent years, this one seemed destined to be another nail-biter at the end. Hardin led 48-47 with 3:48 left after two free throws by Central’s Olivia Moten-Schell, but Ivery Fritzler hit 3-pointers on two of Hardin’s next three possessions and the Bulldogs were on their way.

“It’s always fun playing in close games,” Hardin senior Marie Five said. “These are the kind of games you go to practice for and work hard for.”

Hardin outscored the Rams 17-8 over the final 3 ½ minutes. The Rams had just one lead — 3-0 after Isabelle Erickson’s opening 3-pointer — and trailed by nine by the midpoint of the first quarter. Central tied the score twice in the third quarter at 36-36 and 38-38 and twice got within one point in the fourth. But the Bulldogs never buckled.

“This game was so important because we had the opportunity to play a quality team,” Hardin coach Cindy Farmer said. “We had to perform, we had to meet our expectations. We needed to take care of the ball and do the things we haven’t been doing, and if we can do that here, then that’s a stepping stone down the road.”

Five scored 14 points to lead the Bulldogs, who improved to 11-1 overall and 3-1 in the Southeast A. Nevaeh Alden and Julianna Takes Horse both had 13 points. Fritzler finished with 10.

The Rams now join Hardin, No. 2 Havre — which has won the past two state championships — and No. 5 Columbia Falls as one-loss teams as the regular season enters its final month.

NOTES: Both teams wore red T-shirts as their warm-up tops to represent the Missing and Murdered Indigenous Women movement. The body of Hardin teen Selena Not Afraid was found on Monday, 20 days after she had gone missing at a rest stop. An autopsy Thursday determined the 16-year-old had died of hypothermia. ... Billings Central has another tough test Tuesday when the Rams visit Billings West, which is ranked No. 4 in Class AA. Hardin travels to Livingston on Saturday.