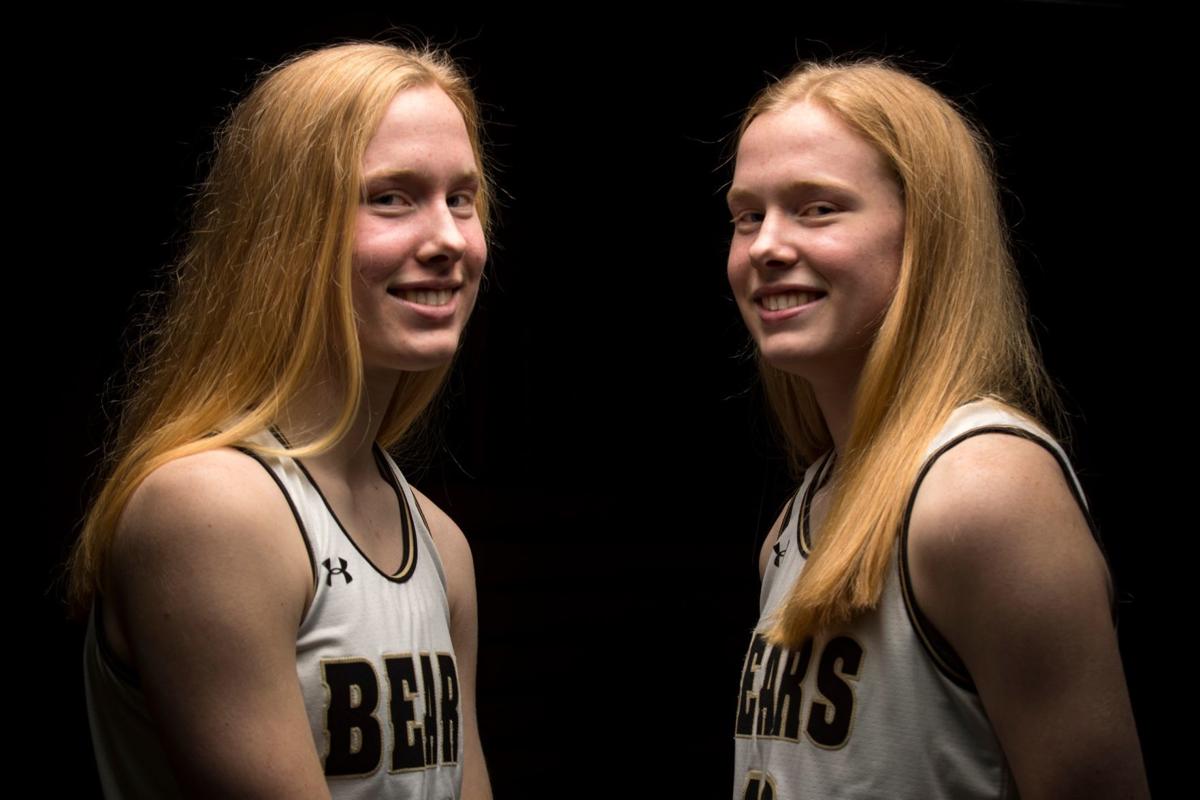 Maddie Albrecht, left, and twin sister Willa will be counted on to take a bigger role in the Billings West offense this season. 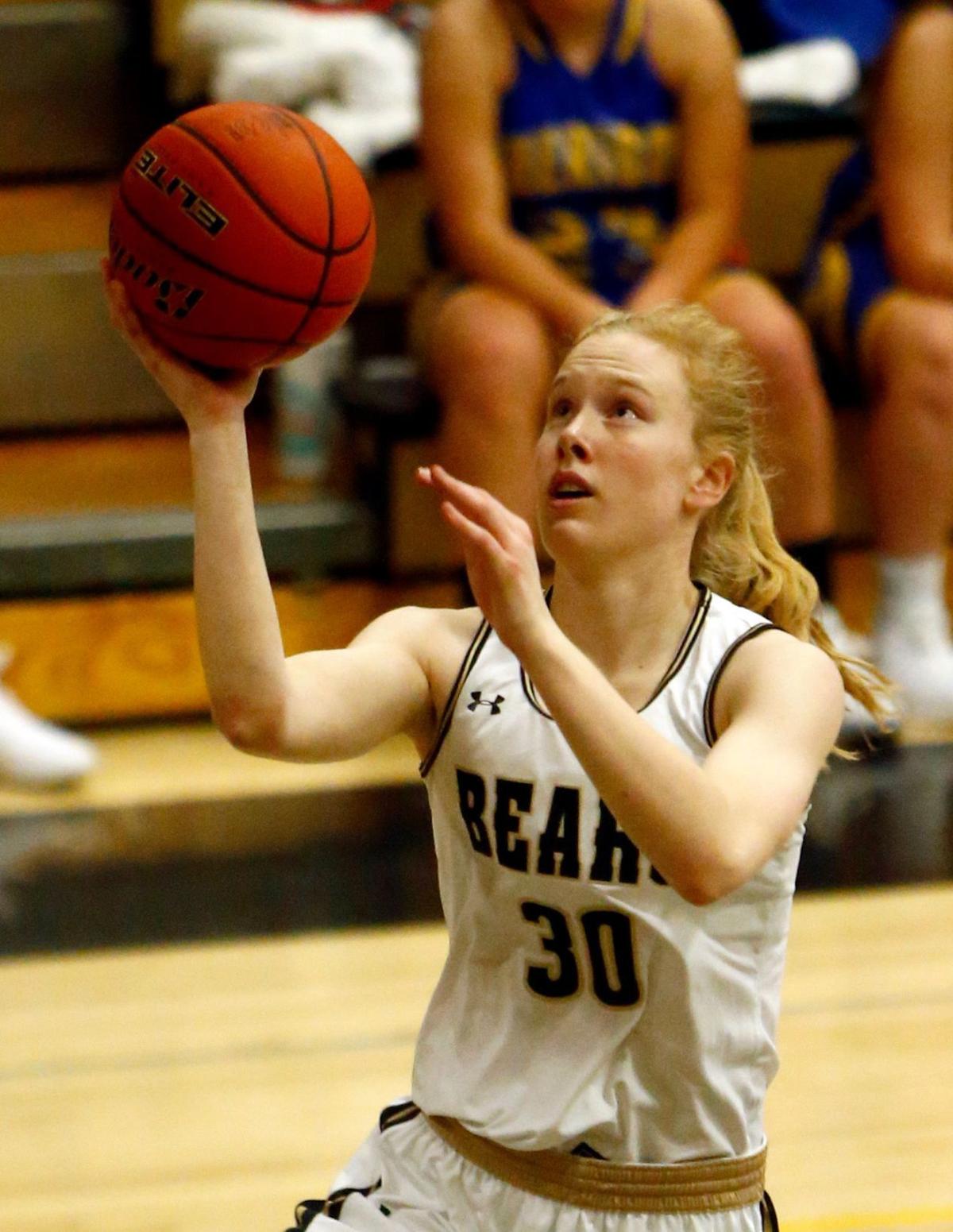 Billings West's Maddie Albrecht averaged 9.1 points and 6.1 rebounds a game last season. She's undecided yet on where she wants to play college basketball. 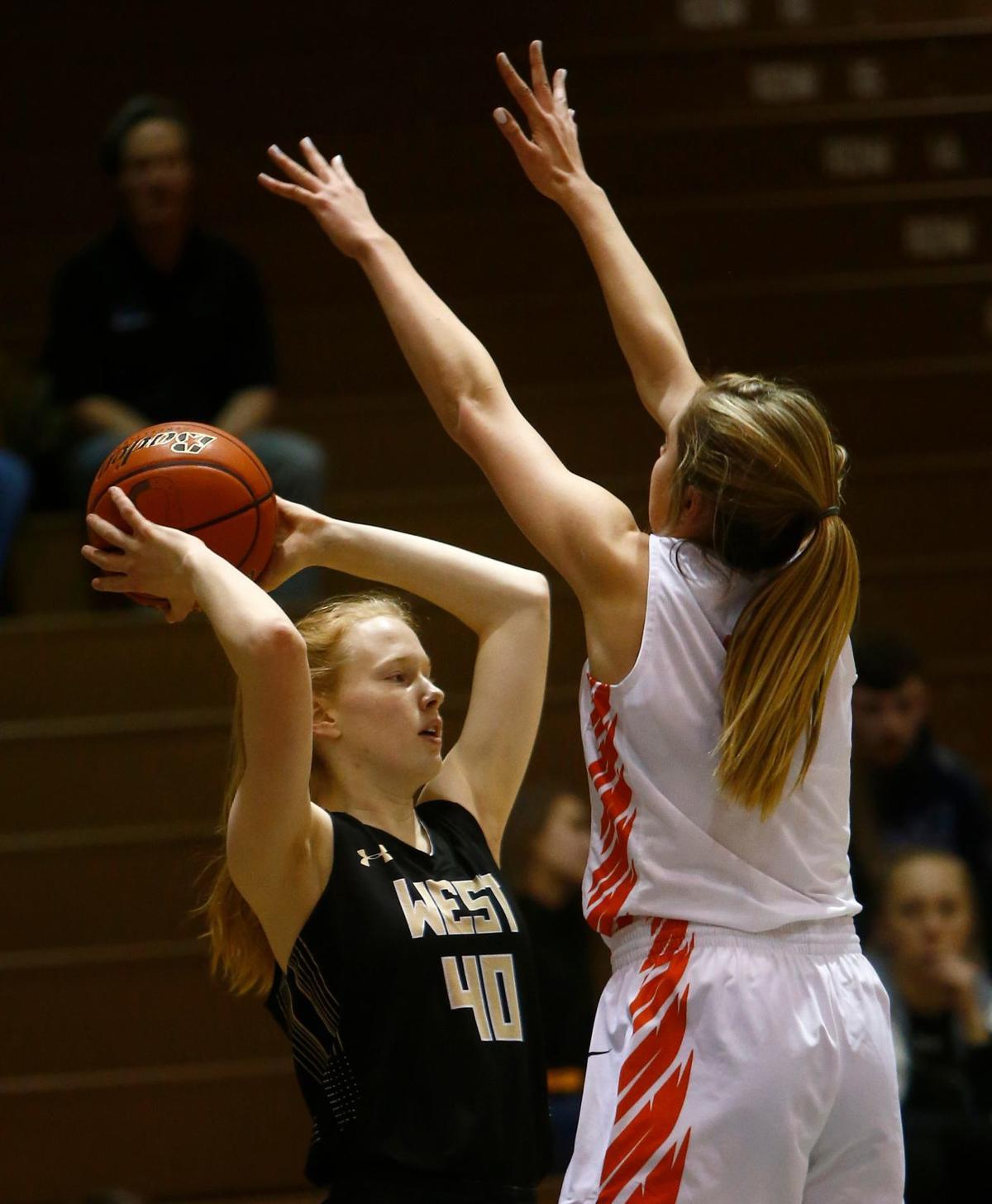 Billings West's Willa Albrecht, left, has signed to play basketball next season at the University of Montana. She averaged 7.9 points and 5.9 rebounds per game last season.

Maddie Albrecht, left, and twin sister Willa will be counted on to take a bigger role in the Billings West offense this season.

Billings West's Maddie Albrecht averaged 9.1 points and 6.1 rebounds a game last season. She's undecided yet on where she wants to play college basketball.

Billings West's Willa Albrecht, left, has signed to play basketball next season at the University of Montana. She averaged 7.9 points and 5.9 rebounds per game last season.

BILLINGS — Charlie Johnson couldn't believe what he was witnessing.

The Billings West girls basketball coach was running his team through situational drills, and at one point, in a scenario where one team of Golden Bears was trying to foul to stop the clock against another team of Golden Bears that was trying to stall, Willa Albrecht sprinted from one side of the floor to the other, put her shoulder down and plowed into twin sister Maddie.

Johnson’s whistle fell to his beard, and two years later he was still sure his mouth was agape.

“It was like a slot receiver running across the middle and a linebacker tagging her,” Johnson said, smacking his hands together to mimic the impact he was describing. “I mean, the whole gym, everyone was, ‘What just happened here?’

Or since. While the fracas two years ago was a spillover from a cantankerous rebounding drill earlier in the practice, Johnson recalled, the Albrechts are normally about as even-keeled as the surface of a mountain lake on a still morning. Sure, they can give each other the death stare once in a while, and they might say something under their breath to a teammate now and again, but such an outward display of fire or joy was definitely out of character.

Johnson often kids that the Albrechts are robots. After all, these are two athletes who resisted playing high school volleyball partly because they found all the cheering after each point to be a bit “awkward.”

“It’s fun to watch other people do it,” Maddie said. “But I didn’t think I wanted to.”

The twins begin their senior season with the Bears as the undisputed team leaders, unfamiliar roles for them. Varsity players since their freshmen year — they swung from JV but played sparingly on varsity that season — Maddie and Willa have been content to play secondary roles.

Shayla Montague and TyLee and TyRaa Manuel were the offensive leaders the previous two seasons, but all three are now with Montana State Billings, leaving the Albrechts to fill in the gaps.

Maddie and Willa have shined in the past by letting the game come to them. Whether it’s going coast-to-coast after grabbing a rebound or flying out from the low block to swat an opponent’s 3-point attempt into the pep band area, the Albrechts have used their height, agility and quickness to make the plays that were there.

Now, the 6-footers, who placed second (Maddie) and third (Willa) in the 100 and 200 at the Class AA state track and field meet last spring, will be asked to create plays. Six graduating seniors from last year’s state runner-up team left the Albrechts at the top of a group of players where no one else appeared in more than 10 regular-season games.

Maddie averaged 9.1 points and 6.1 rebounds per game, while Willa checked in at 7.9 and 5.9 last season. Interestingly, Maddie attempted 106 shots and shot 54.7% and Willa shot 104 times at a 51.0% clip. They know for the Bears to succeed again this season, they’ll have to shoot more and score more.

The time is over for them to yield other players, Johnson said. They’ll have to be … gasp! … more assertive.

“Last year, it wasn’t necessarily my job to do that, so I didn’t feel like I had to," said Willa, talking in the singular but also speaking for her sister. "This year, if I have to do this and this to win this game, I’ll do it.”

Speaking on the same subject, Maddie said: “These past few years I haven’t realized how many opportunities I’ve had to score. I just have to realize those opportunities now. Sometimes when I watch film I realize, 'Oh, I was wide open. Why didn't I shoot it?'”

Willa has signed to play for the University of Montana next fall, while Maddie is undecided on the offers made to her. Both want to major in biology. College programs didn’t go by the stat sheet in recruiting the Albrechts, but rather looked at their athleticism, versatility and potential.

Johnson likened this season to uncaging the seniors, and predicted fans will see plenty of “wow” plays from the pair, whose efficiency of movement makes it seem like they aren't even exerting themselves.

“I've seen these girls for four-plus years now, and there’s stuff I see them do that I can’t explain,” he said. “I just tell them, ‘Whatever you just did, do it again. And again. And again.’

“We have a cool puzzle to put together in the next two weeks and before Christmas, to kind of see where the pieces fit. Obviously, the Albrechts will take up a good portion of that puzzle.”

If that completed puzzle winds up showing the Bears hoisting a championship trophy, chances are there will be plenty of emotion from Willa and Maddie. Or will there?

Montana was the only school to extend an offer to Willa Albrecht, and she happily accepted it.