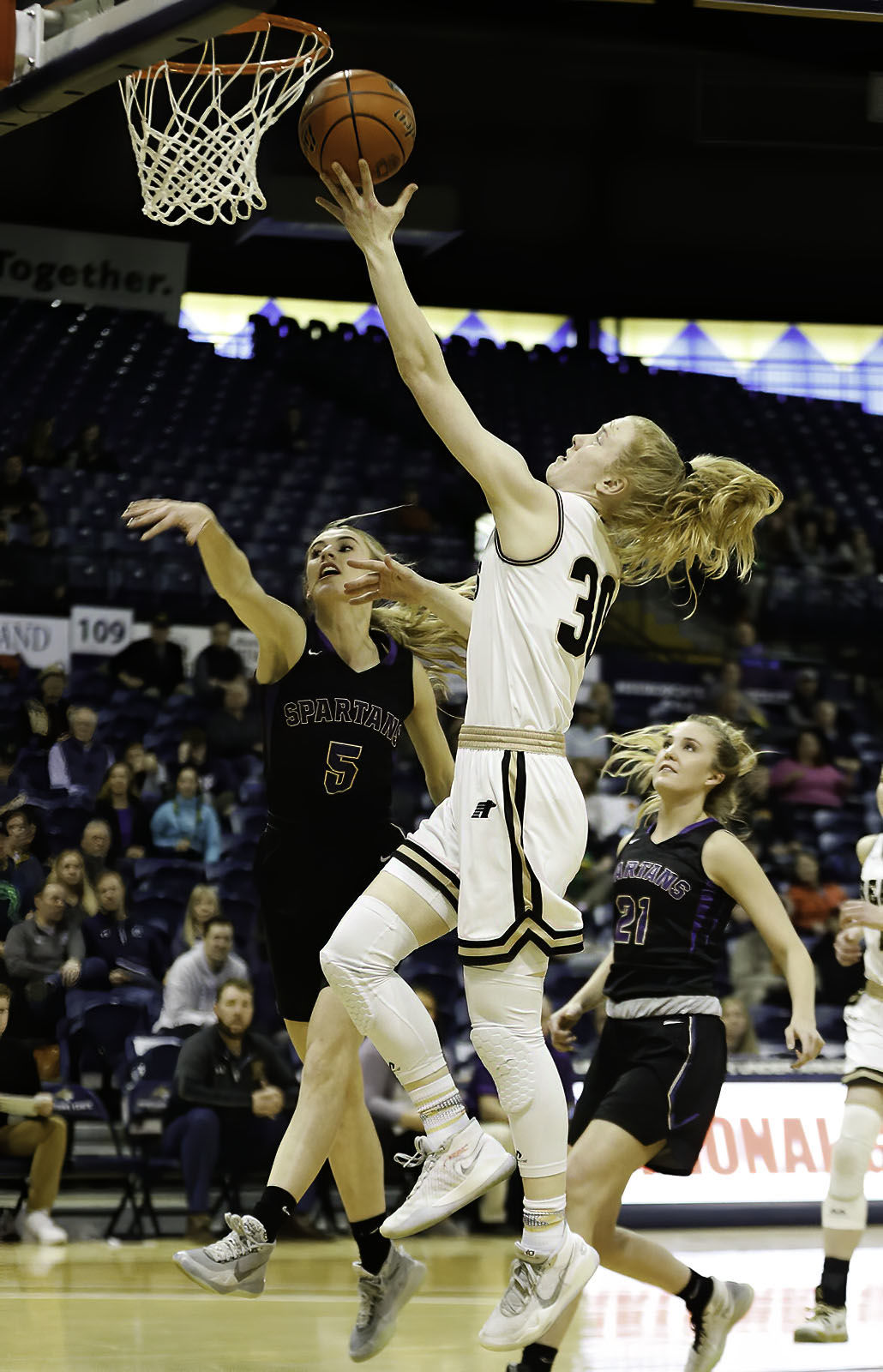 Billings West’s Maddie Albrecht drives past Missoula Sentinel for a layup during Girls State AA Tournament at the Brick Breeden Fieldhouse in Bozeman. 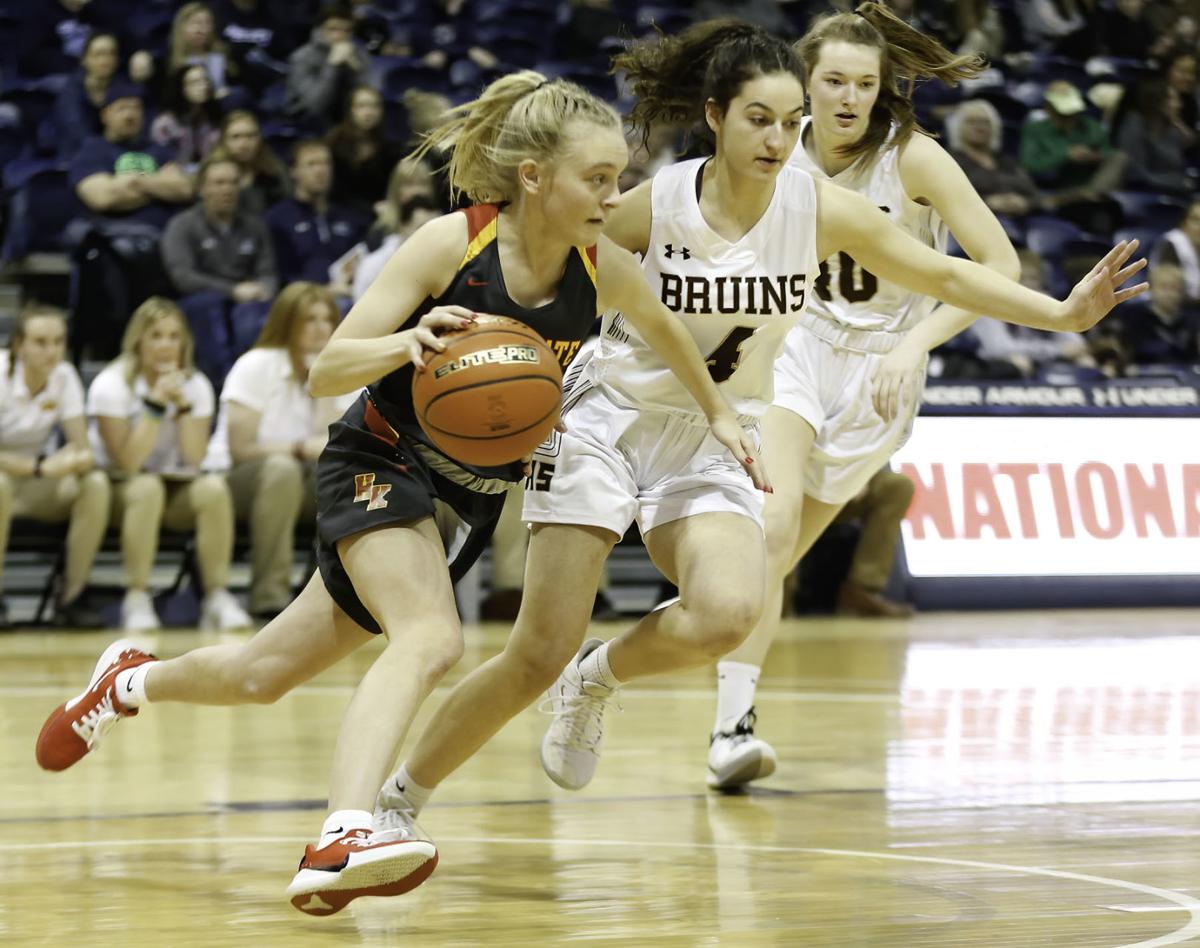 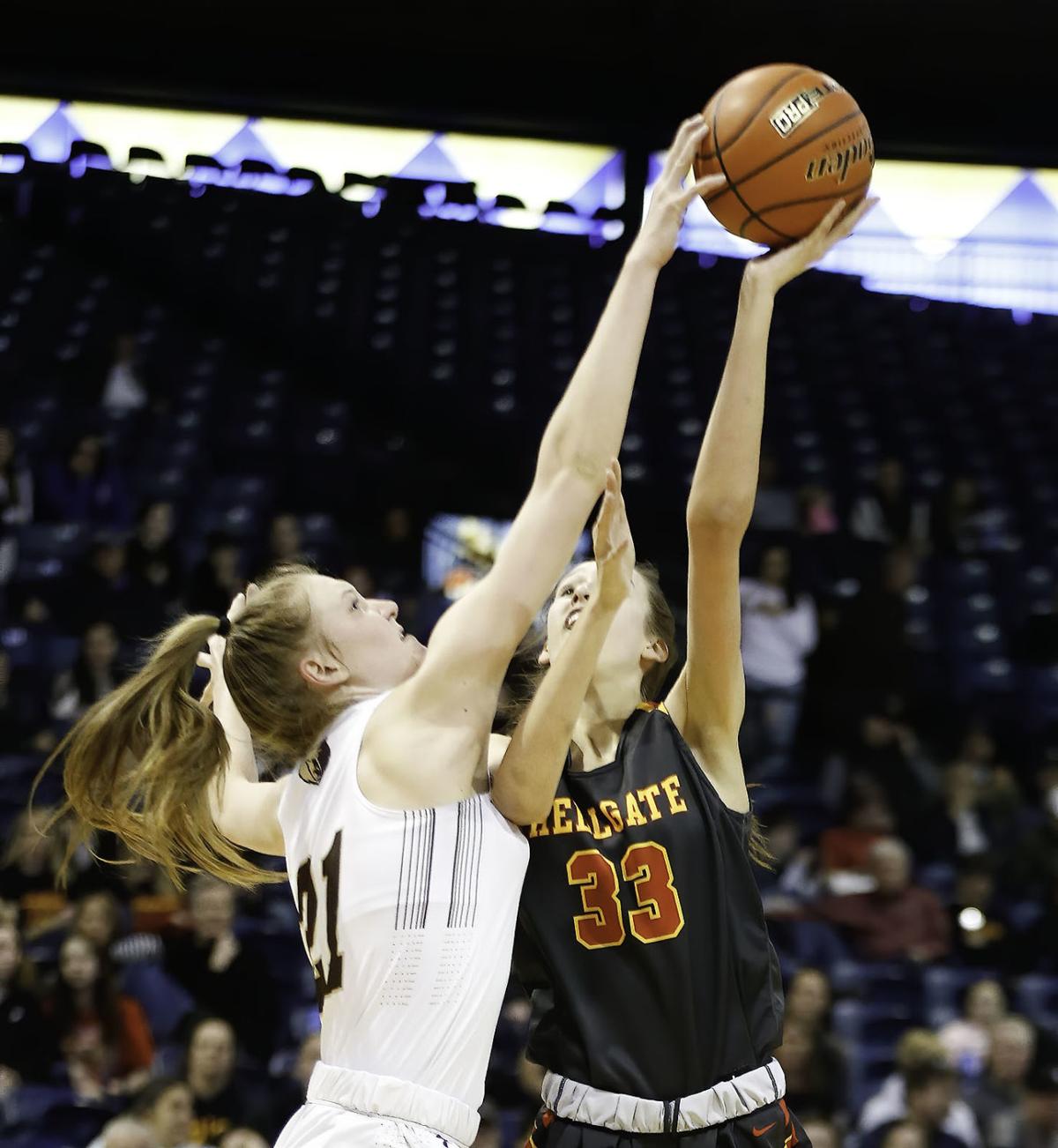 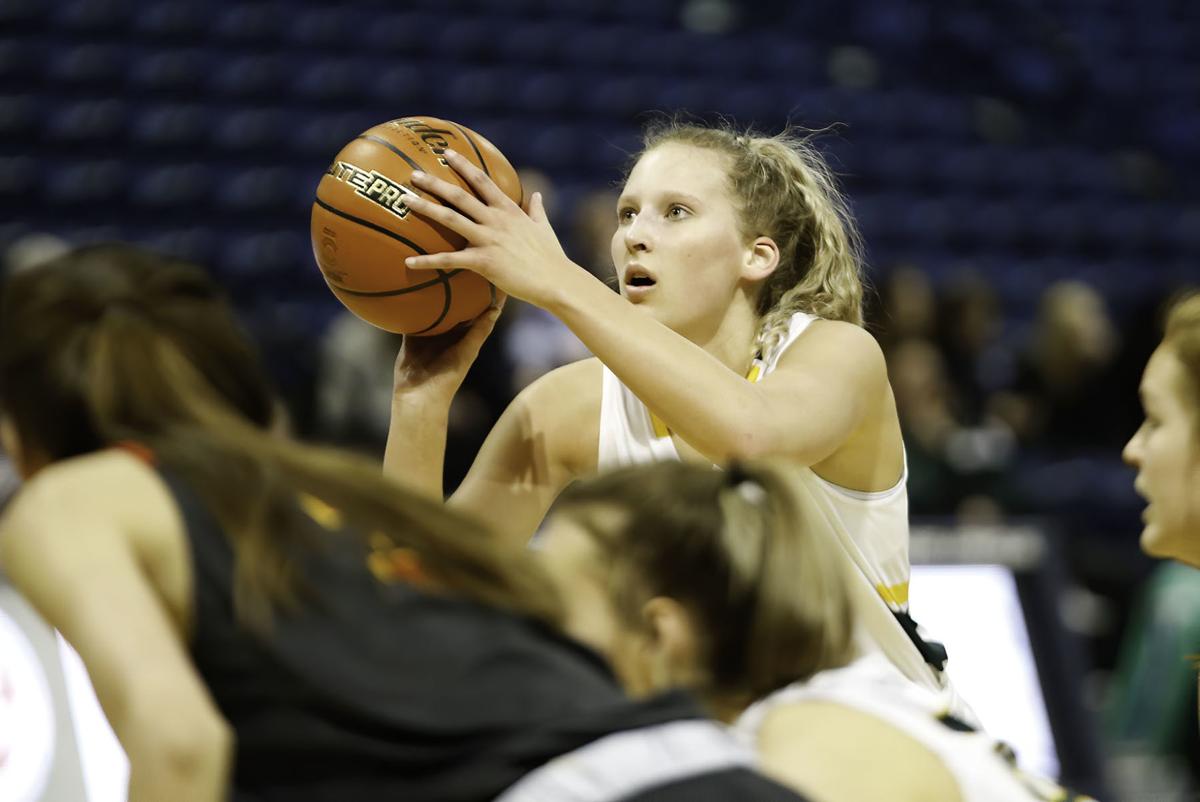 Billings West’s Maddie Albrecht drives past Missoula Sentinel for a layup during Girls State AA Tournament at the Brick Breeden Fieldhouse in Bozeman.

BOZEMAN — All season long, it felt like Helena Capital and Missoula Hellgate were on a collision course to meet at the state tournament.

The two teams split during the regular season and the rubber match came Friday inside Brick Breeden Fieldhouse with a spot in the Class AA state championship game on the line.

And after 32 minutes of basketball, Capital left no doubt about which team was superior, using a dominant defense, as well as the superior talents of the Bartsch twins, Paige and Dani to advance state title game following a 48-36 win.

"It feels awesome," Dani Bartsch said of advancing to the would-be state title game. "We knew that it was going to be a battle. We beat them three times last year and they beat us for third place, so it feels good to come back and get this one."

In the opening stanza, the two teams felt each other out like a heavyweight fight and a few minutes in, the score was tied 4-4. That's when Dani Bartsch started to establish herself, making three straight jumpers, sparking an 8-0 run and giving the Bruins a 12-4 lead.

During the second, each team went cold. Capital didn't make a single bucket and was held to a free throw. On the other end, Keke Davis scored twice in the final minutes of the half, helping Hellgate cut the lead to 13-10.

"We weren't as aggressive in the second quarter," Capital head coach Katie Garcin-Forba said. "But I thought we came out in the third and did a much better job of attacking."

That they did and 3-point specialist Mara McGinley led the way.

Neither team made a 3-pointer in the first half, but in the second, it took McGinley just seconds to change that, as she drilled a 3-ball with 7:45 to go in the third.

Hellgate answered with four straight points, but another McGinley trey, one that bounced around on the rim before dropping, sparked a 10-0 run and after three, despite a buzzer-beater by Bailee Sayler to close the third, Capital led 30-19.

"That shot felt good and I thought it had a good chance of going in," McGinley said. "So I was glad to see it drop. We have worked so hard for this and it feels good. With everything going on, we are very fortunate to keep playing and have this opportunity."

Despite McGinley's 3-pointers, Hellgate was still within striking distance, until Mashayla O'Malley drilled a dagger three, pushing the lead to 14. An offensive rebound and a put back by Paige Bartsch extended it to 16 and Hellgate never seriously threatened again.

"I am so proud of this team," Garcin-Forba said. "These girls have worked so hard and they have earned this moment and this opportunity. They are excited, but they know that we aren't done yet."

Paige Bartsch was her dominant self down low, scoring 12 points, blocking three shots and pulling down 15 rebounds. Dani Bartsch scored a team-high 16 points and added six boards, as well as two steals, while O'Malley added nine points. Sayler led the way for Hellgate with a game-high 19 points in a losing effort.

The win was going to set up a showdown between the top-ranked Bruins and the Golden Bears, who had won 17 in a row. However, after four confirmed cases of coronavirus in Montana, the MHSA announced the cancellation of all tournaments and declared that teams in each classification will be named co-champions.

Johnson, the head coach of West offered similar sentiments after the announcement was made.

"It's tough," Johnson said. "It makes you wonder if we should have done this earlier. But I understand the decision. It's disappointing that we didn't get to play tomorrow, because we were looking forward to playing Capital, but we are going to celebrate this just like any other championship and Capital should too."