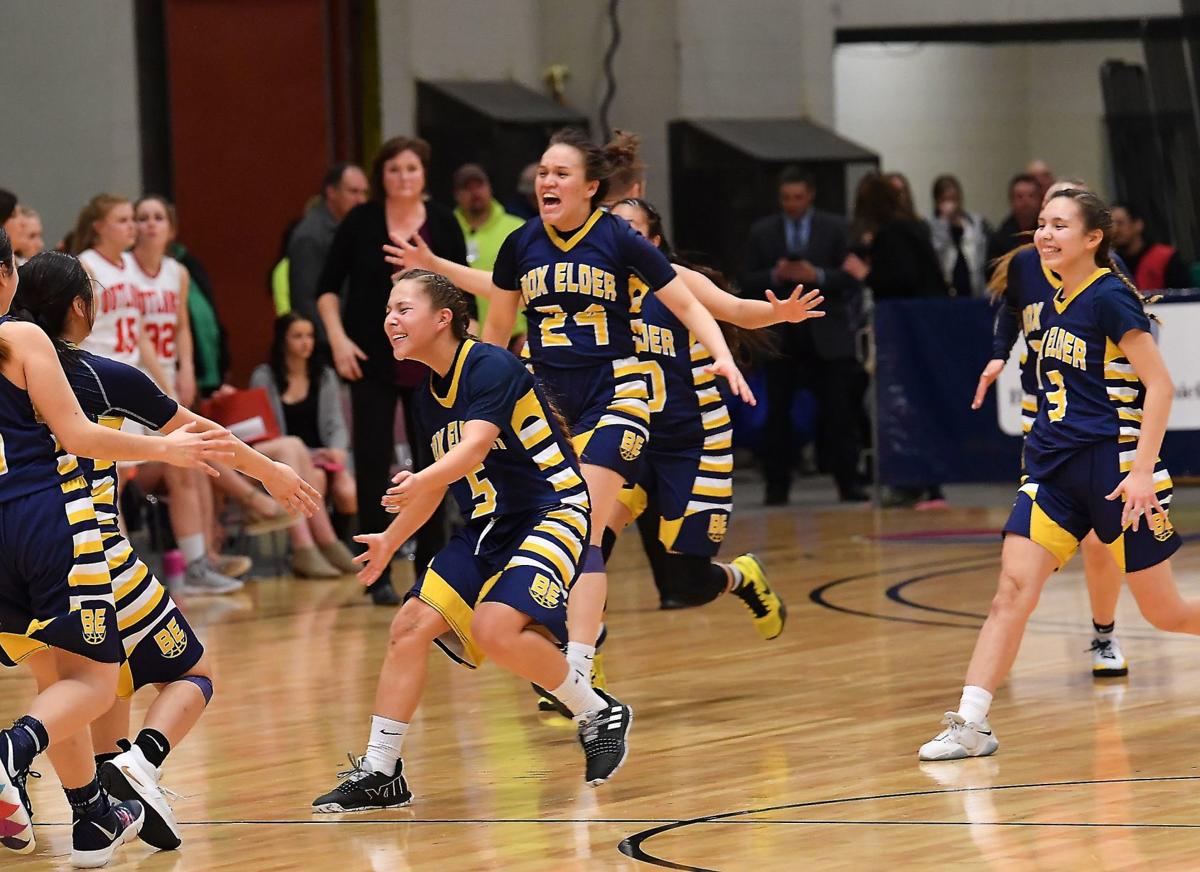 Box Elder did it again, winning its second consecutive Class C girls state championship by downing Roy-Winifred 48-42. It's the first time in school history that the Bears have gone back-to-back. 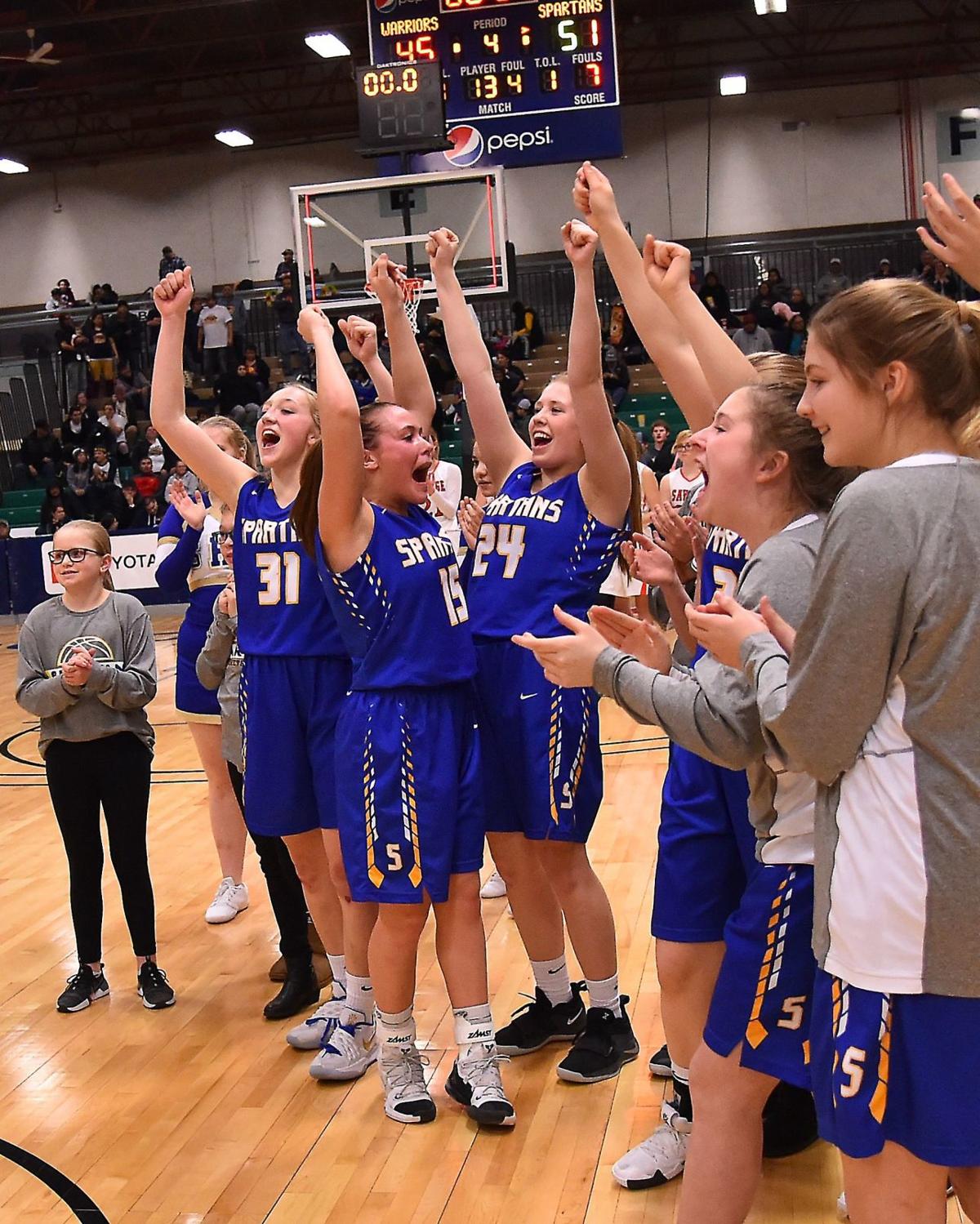 Box Elder did it again, winning its second consecutive Class C girls state championship by downing Roy-Winifred 48-42. It's the first time in school history that the Bears have gone back-to-back.

GREAT FALLS — From tears to cheers in 24 hours.

That was the story Saturday for Scobey, which rebounded from its semifinal loss the previous night to win two games -- including a nail-biter over Eastern C rival Savage for third place in the Class C girls state basketball tournament at Four Seasons Arena.

Junior guard Kortney Nelson scored 23 points -- including six free throws in the final 1:07 -- as the third-ranked Spartans held off a frenetic defense by No. 2 Savage in the final quarter after building an eight-point lead.

"It's a rollercoaster, it really is," Scobey coach Jedd Lekvold said of rebounding from the loss to Roy-Winifred and tearful postgame talk to toppling Ekalaka in the morning and Savage a few hours later. "We regrouped this morning, we won, and we got a chance to play tonight. Savage has a heck of a team and they're well-coached. They were gassed, we were gassed and both teams laid it all out there and we were just fortunate enough to pull it out in the end.

"We get to end our season on a win and not many teams can say that."

Scobey led 45-37 on a 3-point basket by guard Gracee Lekvold with 4:01 to play and then tried to pull the ball out against Savage's zone. But the Warriors came out after the Spartans, created turnovers and crept within 45-42 on a steal and layup by senior guard Tyler Lien with still 1:59 to go.

"Last night was a hard loss but we came back this morning and got a win, so that helped," Nelson said. "We all just thought we could get some hardware so that motivated us still. It means a lot -- we haven't been to state in quite a few years."

Said their coach: "They're just gutty. That's the word for them. Those girls put the time in and you can tell. It's been a blessing to be around them and it's been an honor to coach them."

Kortney Nelson poured in 26 points and ShaAnn Danelson had 16 for the Spartans, who pulled away from a 26-all halftime tie with an 18-4 third quarter.

Tyler Lien had 19 points, Haylie Conradsen 14 and Soda Rice 12 as the Warriors outlasted the Longhorns, ending their first state tournament ride since 1994.