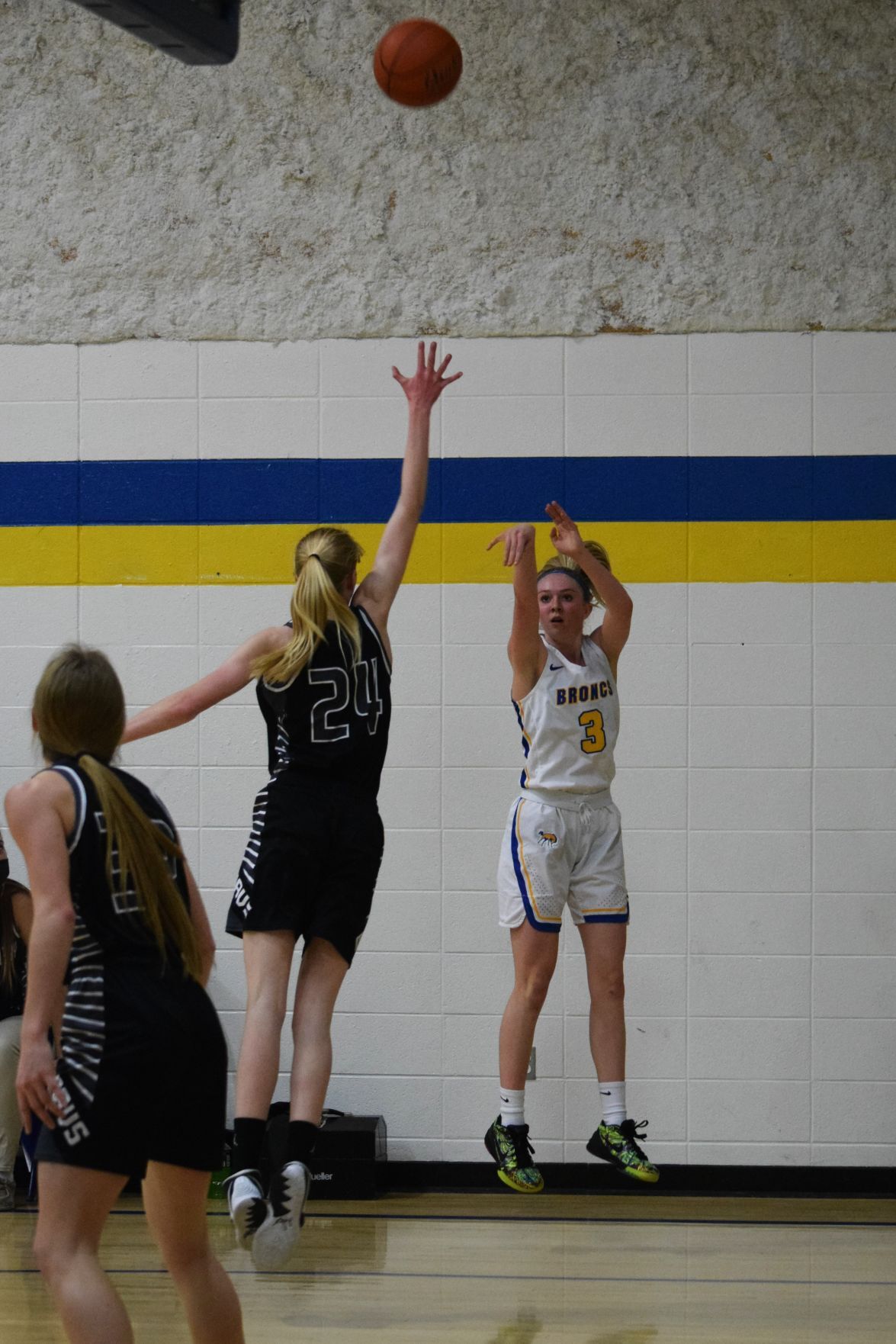 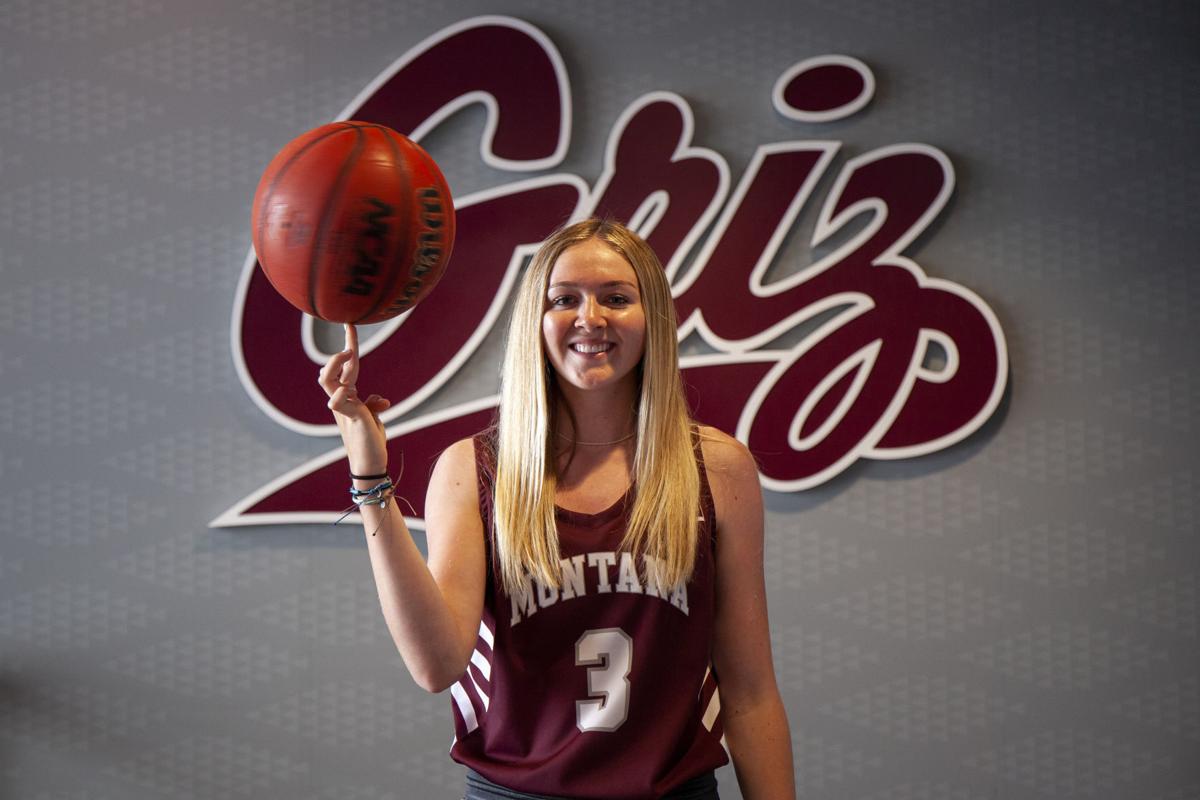 BILLINGS — What Draya Wacker might not have been able to see, Ole Eike recognized plain as day.

Wacker, a high-scoring hoops prodigy from Class C Melstone, committed to play for the Montana Lady Griz two and a half weeks ago, which marked another turning point in her basketball career. But she was never certain she would get this kind of opportunity.

“No, definitely not,” Wacker said during a phone interview with The Billings Gazette and 406mtsports.com. “Obviously every kid dreams about it, but there’s a reality check at some point. As a freshman I think I was 5-4 and not even 100 pounds. But then I had a growth spurt and I just worked my butt off in the gym.

“When I finally realized it was going to happen it was pretty cool. I was really excited.”

A senior-to-be, Wacker began playing varsity ball as an eighth grader — not uncommon in Class C — and has been on an upward trajectory ever since. To date, she has scored 1,759 career points, and was averaging a state-high 25.1 points per game when she suffered a knee injury that ended her junior season prematurely.

Wacker may not have been keen to her potential at a young age, but Eike, who will enter his 11th season as girls basketball coach at Melstone in 2021-22, was convinced of her ability very early on.

“I could see when she was a fifth grader that her skill level was way higher than other kids her age,” Eike said. “As an eighth grader she was voted, I believe, the second-best player in the 4C.

“During that year, when she was an eighth grader, I knew I was looking at a Division I basketball player. I’m like, ‘This girl is Division I.’ The problem was she was little. Slight build, short, but just killing these high school girls. They couldn’t guard her. So it doesn’t surprise me one bit.”

Super excited to announce my commitment to the University of Montana. Thank you to the coaching staff for the great opportunity! Go Griz🐻 pic.twitter.com/raxW6OJJWp

Wacker had also been garnering attention from Division I programs like Colorado State, Wyoming and Stephen F. Austin, but those schools backed out, she said, when she tore the ACL and meniscus in her right knee in a game against Wibaux on Jan. 30.

But the Lady Griz didn’t waver.

Wacker underwent surgery on Feb. 10 in Billings and has been rehabbing ever since.

She took a visit to UM in June and knew then and there that she wanted to play for the Lady Griz, led by new head coach Brian Holsinger and a band of assistants with deep ties within the state — Nate Harris, Jordan Sullivan and now Joslyn Tinkle.

“They were one of the first schools that had interest. So they always had my heart,” Wacker said. “I got to go on a visit up there a couple weeks ago and it was perfect. It checked all the boxes for me. I love the coaching staff, I love what the team looks like, the facilities are awesome and the tradition up there is awesome.”

Wacker may have been small when she was younger but she is now 5-foot-8 and has blossomed into one of the state’s top players.

“She can shoot five, six feet behind the line, and so you have to get up on her,” said Eike, who guided the Broncs to the Southern C title and a berth at state last year in spite of Wacker’s absence. “But then her ball-handling and quickness and her ability to penetrate, that’s where she really separates herself from other girls. That’s what makes her almost impossible to guard with one person.”

Wacker has run the gamut of emotions over the course of the past five months. The knee injury, which occurred when she attempted a routine mid-range jumper in that game against Wibaux, was her lowest point.

Wacker said she heard and felt a pop in her knee and knew it was a bad situation.

Minimal swelling allowed her to undergo surgery relatively soon afterward. She was on crutches and in a brace for six weeks, including during the state tournament in March as she watched Fort Benton win its first girls title.

Wacker said rehab has been going swimmingly, and she is now able weight train with her right knee as she builds back her strength. But she also needed to recover psychologically.

“I was lost, honestly,” Wacker said of where she was mentally in the days and weeks that followed the injury. “I didn’t want to go to the games. It was hard for me to sit there and watch them. And I felt bad for bringing those negative vibes to the team.

“But right before the divisional tournament (Eike) brought me into his office and was like, ‘OK, it’s been three weeks now, you need to try to get yourself together and be there for your team.’ It was definitely hard to fake it, honestly, because I wasn’t OK. But I had to try to be there to help those guys and help them keep going. I’m definitely grateful he gave me that talk, because I’d probably still be moping about it today.”

Wacker said she is likely to miss the volleyball season this coming fall but hopes to be 100% and ready to go by the time basketball practice begins in November.

If the injury was Wacker’s low point, her commitment to the Lady Griz was the complete opposite.

“That day when I committed was maybe the most happy I’ve been in my life,” she said. “Going from thinking my career was over and being dramatic about it to realizing that it’s not over and people still believe in me, that was really good for me.

“You’ve got to have faith, and that was definitely a game-changer for me.”