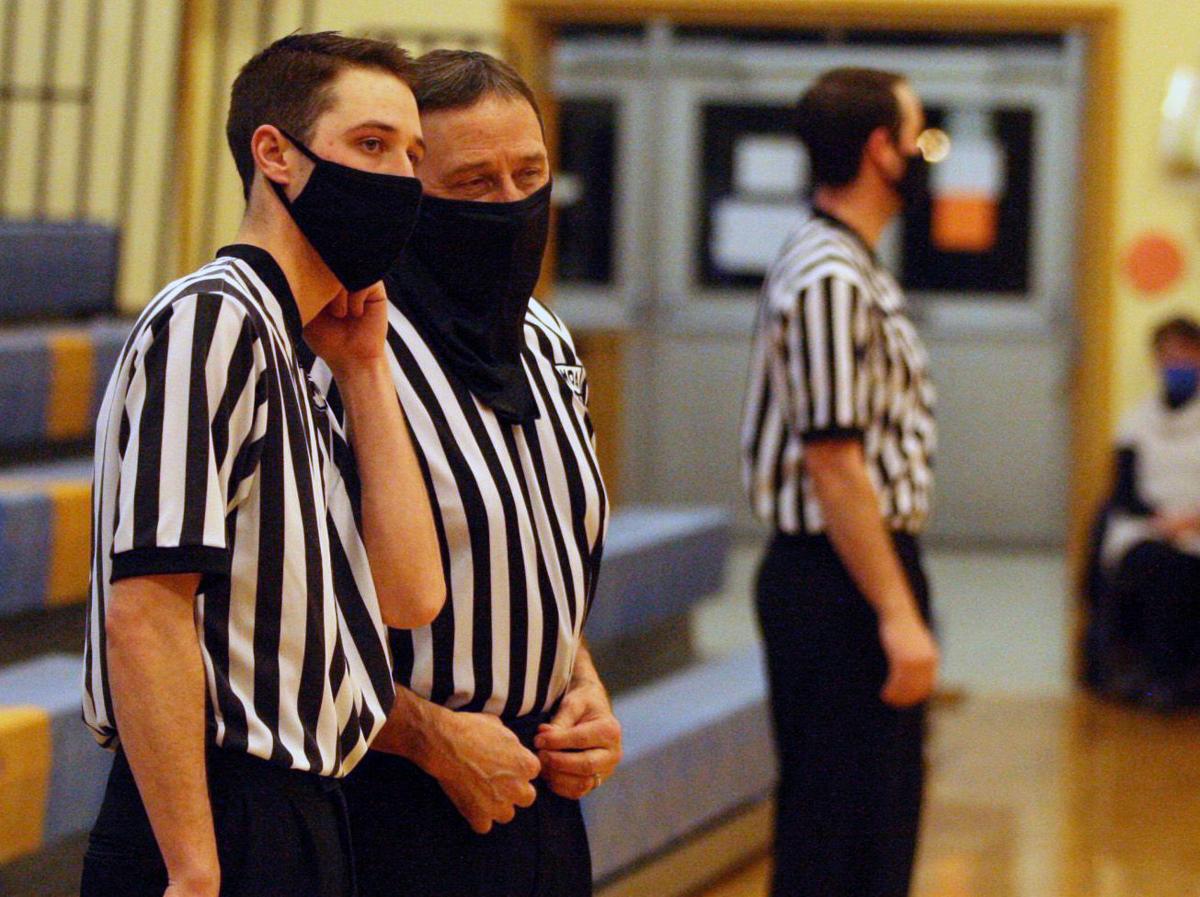 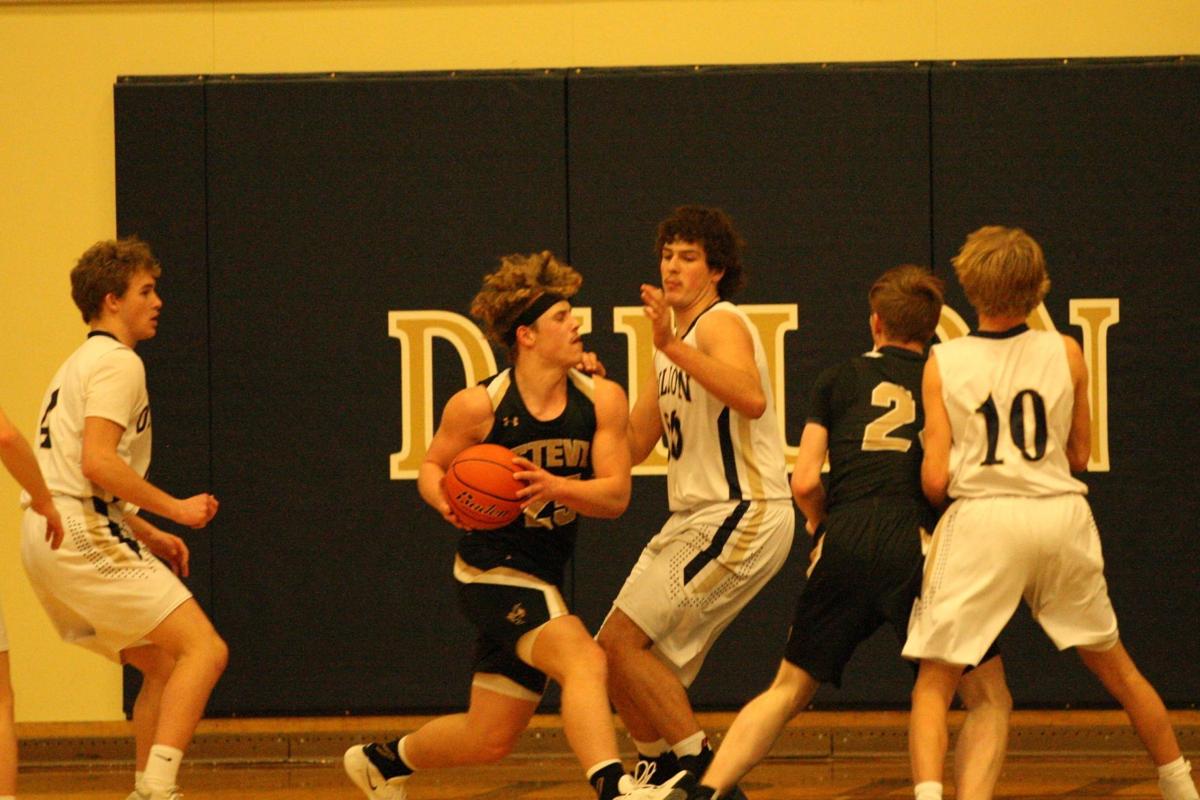 Stevensville's Kellan Beller driving to the basket while being guarded by Dillon players on Thursday. 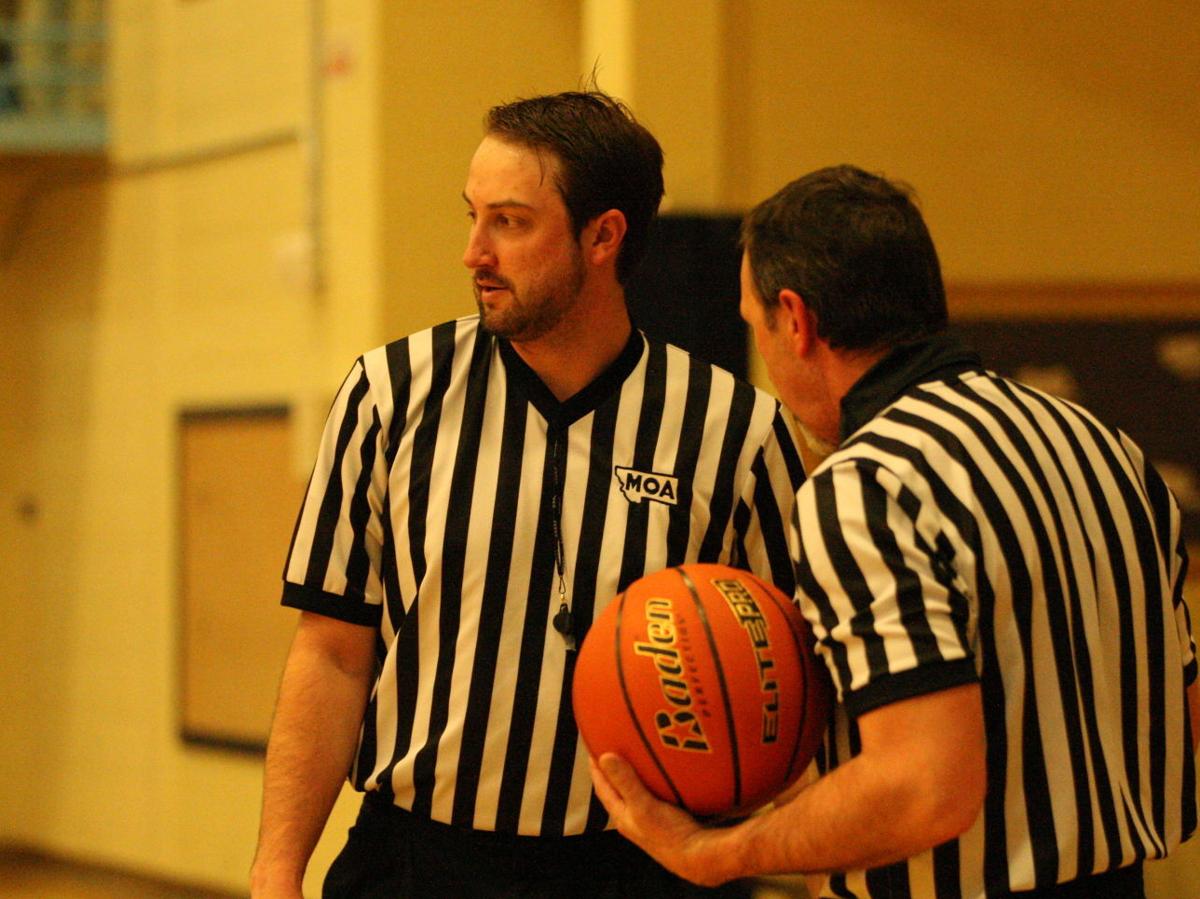 Eric Jory listening to his father, John Jory's advice during a timeout on Thursday.

Stevensville's Kellan Beller driving to the basket while being guarded by Dillon players on Thursday.

Eric Jory listening to his father, John Jory's advice during a timeout on Thursday.

DILLON — For some, Thursday’s match up between the Dillon Beavers and the Stevensville Yellowjackets was just another high school basketball game. But for John Jory and his two sons, it was a unique opportunity to live their passion of refereeing together.

Jory, a longtime referee, coach and teacher in Montana, refereed a game with both of his sons, Tyler and Eric, for the first time ever Thursday. Jory requested to do so since he may consider retirement in the near future, and said he has been excited for the opportunity all week.

“I’ve been excited for the whole week since we got put on the game, I told the people in charge that I don’t know how long I have, and I wanted to do a game with my two boys,” Jory said. “I’ve seen where parents work with their kids or siblings, but I don’t think there’s ever been a three man crew of a father and two sons.”

“I enjoy the benefits of working with the student-athletes, watching the game progress and watching how advanced it’s become,” Jory continued. “The downside is having parents holler at you when you’re trying to do something good for their kid.”

Jory also said refereeing has been a good way to stay involved with athletics, education and mentoring young people. Likewise, Jory’s sons said their father has been an inspiration for their careers, and they see the job as a way to stay connected.

Eric Jory has been a referee for ten years, and started after graduating from Montana State University in Bozeman. He said the game provides a way to be interactive and around the sports he loves.

“We grew up coming to every game because our dad was always officiating. Then we wanted to do it,” Eric Jory said. “The best part is staying interactive with the game and being around the athletes.”

Tyler Jory has entered his fifth year as a referee, and said the job began as a way to make money during college. Over time, Tyler Jory has committed to the job and enjoys the exercise, connection and experience refereeing provides.

“In college my dad told me that if you need a little money, it’s a great job and it certainly helps. That was the philosophy at first,” Tyler Jory said. “It’s fun and gives me exercise and keeps me close to the game, I think it’s cool that I got to do this with two good teachers, my brother and my dad.”

Once pre-game introductions had finished, John Jory threw the opening tip as his sons surveyed the sidelines. After the tip, the family of referees ran up and down the court all game, in the fast-paced 74-31 blowout by the Beavers.

Transition offense and perimeter scoring helped the Beavers build a lead above 20 points before halftime. The Yellowjackets had the ball with less than 15 seconds left in the first half, when Dillon came up with a steal which led to Eli Nourse hitting a buzzer-beater layup. The Beavers led the Yellowjackets 40-11 at halftime.

"I like how we got up and down the floor, I like how unselfish our players were," said Dillon coach Terry Thomas. "We got some good opportunities in the open floor and we converted. A lot of those baskets came off of defensive plays and rebounds, that was the highlight for sure."

The Beavers continued to build their lead in the second half, where they stretched the lead to 30 points to end the third quarter. Jonathan Kirkley led the way for the Beavers with 13 points.

A glaring difference in the game was in the rebounding battle. On numerous occasions, multiple Yellowjackets were under the basket but lost rebounds to a single Beavers player. This resulted in second, third and fourth-chance baskets.

"We've been hitting the boards, we have reasonable size and reasonable length," said Thomas. "They bring a lot of energy on the glass and that gives us more opportunities, it's been something that's been consistent for us all year long."

"If we play well, we'll be hard to beat and can match up with anyone," Thomas continued. "We really feel like we've got a nice squad. I know there's a lot of good teams in the state but when we're playing good, we're going to be hard to beat."

Cole Truman and Connor Curnow had 12 points for the Beavers. For the Yellowjackets, Kellan Beller led the way with 14 points. The Yellowjackets are scheduled to play Corvallis Saturday and are still looking for their first win of the season.

The Beavers remain undefeated this season and are scheduled to face Butte Central at home on Saturday. The Maroons are on a two-game winning streak and could pose a threat to the Beavers' perfect season.