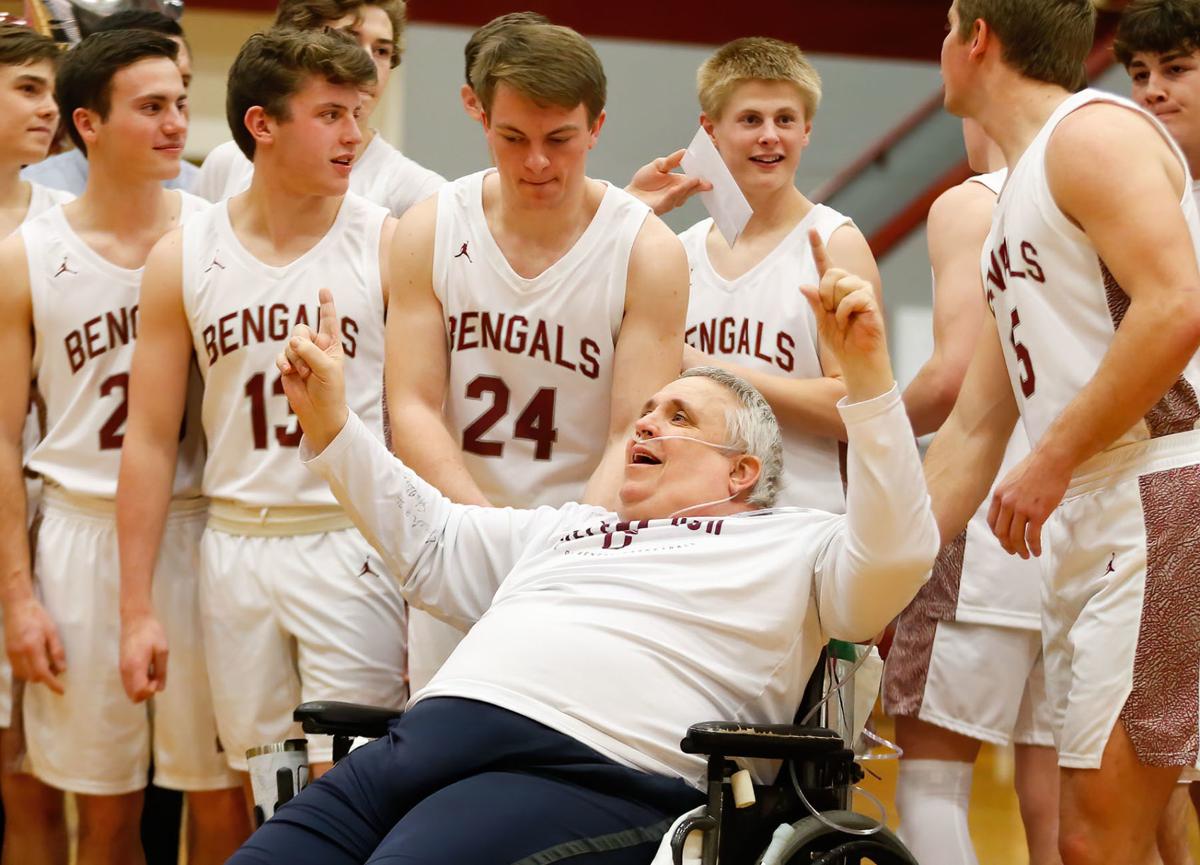 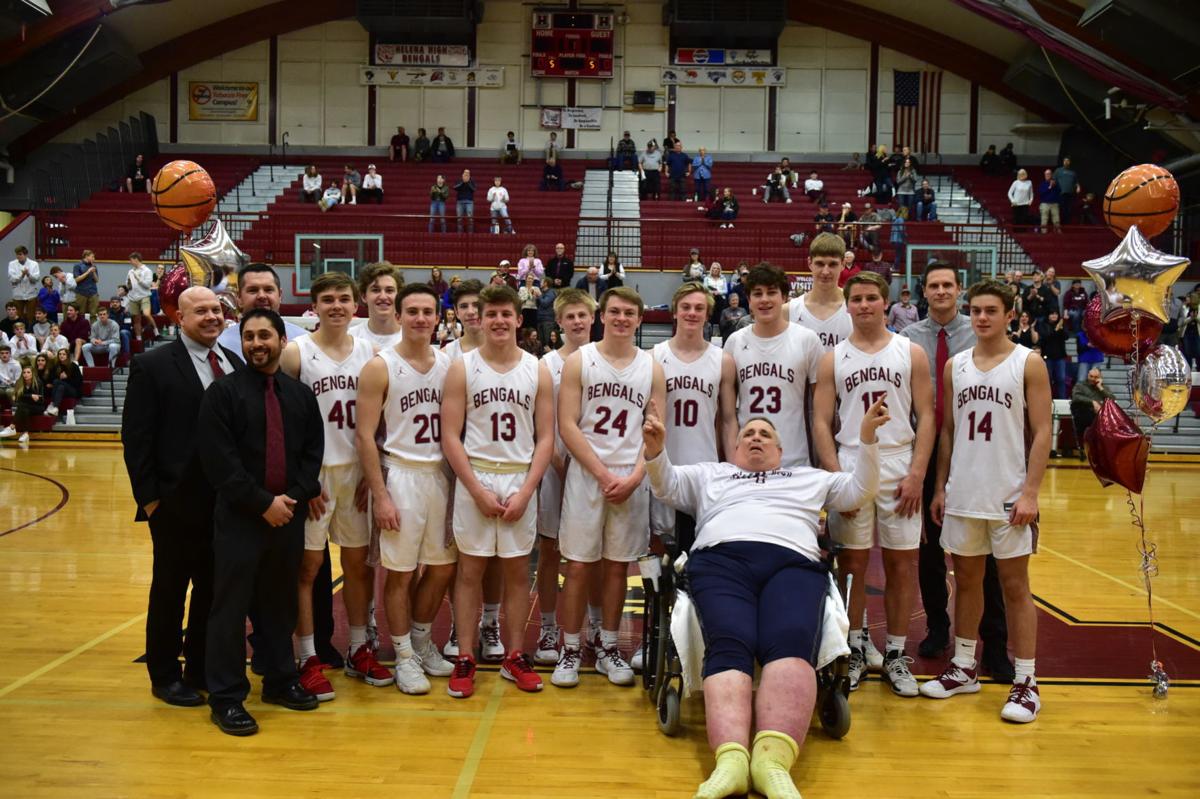 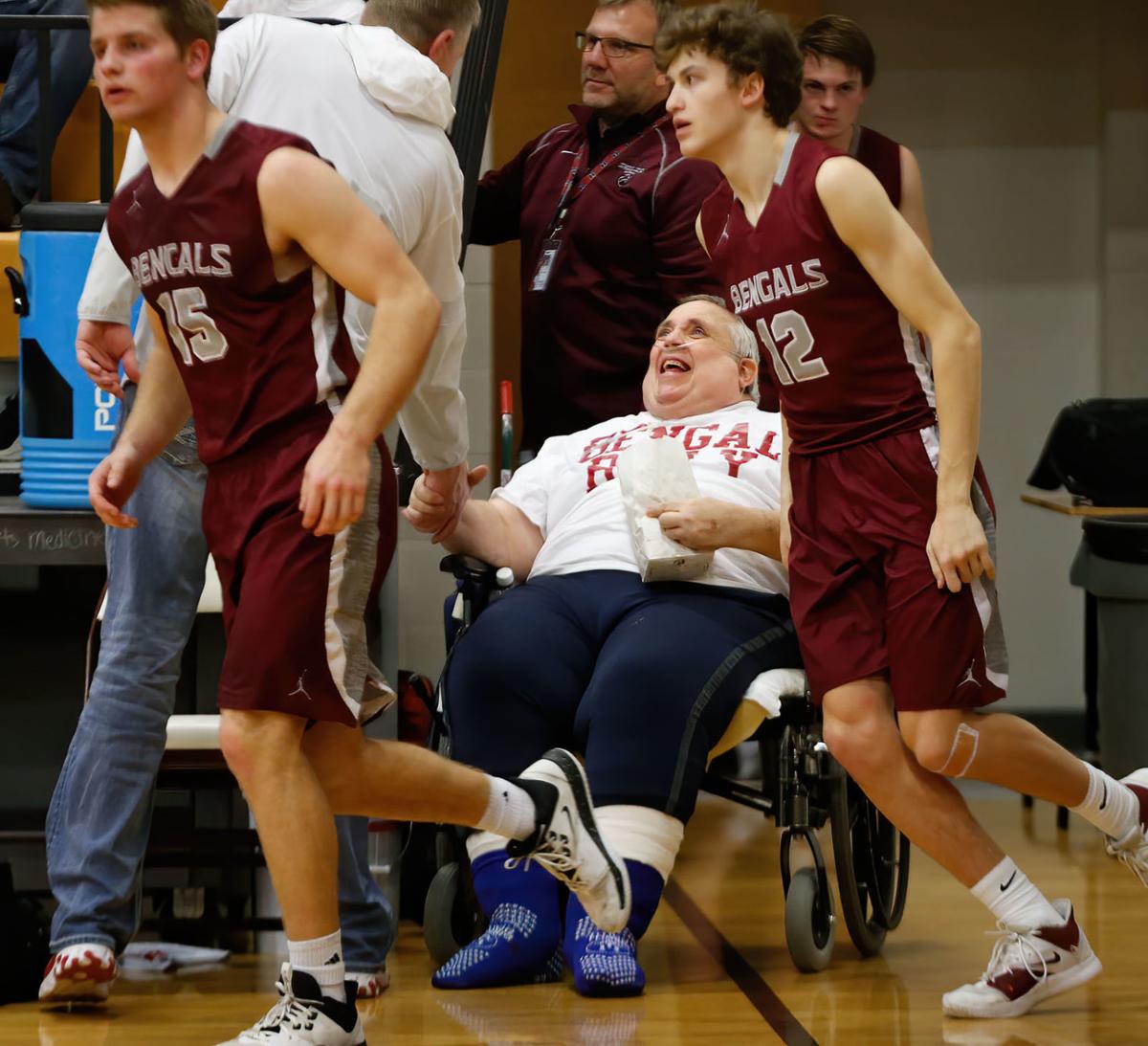 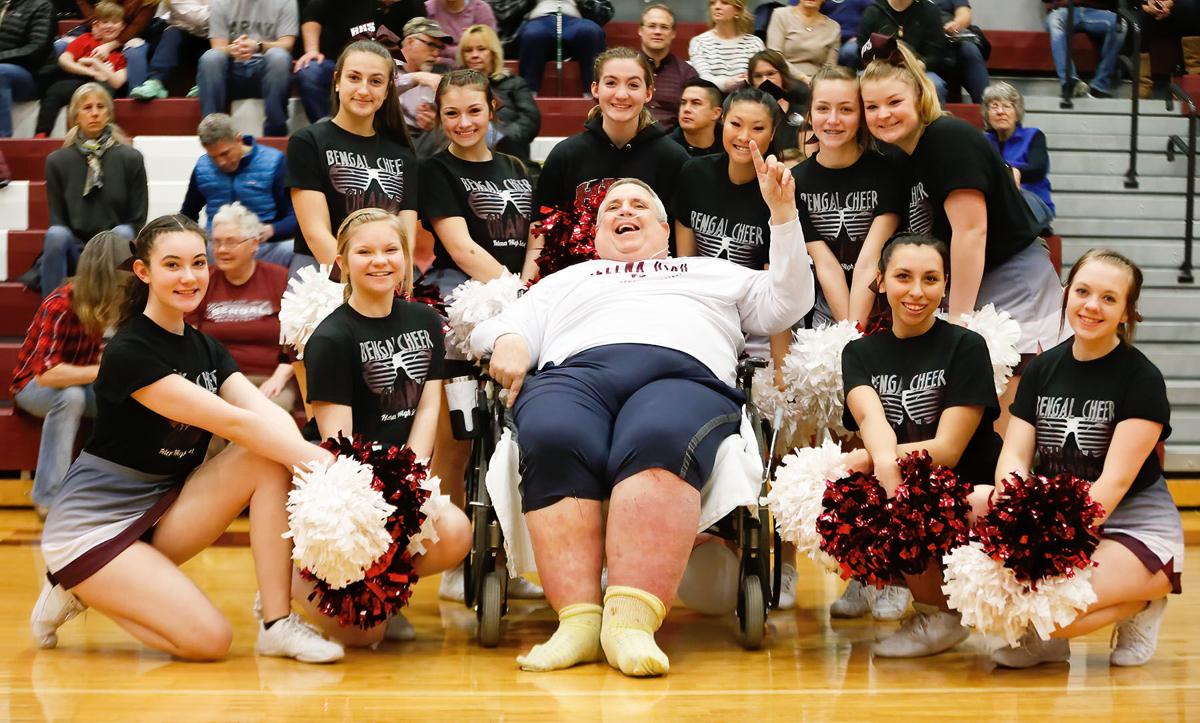 HELENA — A home can be defined in many ways.

But when he shows up to watch basketball games, he feels right at home.

“It makes me feel like I want to be back in school again,” Neisses said. “It reminds me of the times I used to walk up and down these hallways and see the basketball players. I have a blast.”

Whether it is bringing the crowd to its feet with a B-E-N-G-A-L-S or just cheering on the team from his spot in the front row across from the visiting bench, ‘Bengal’ Billy has been a staple of Helena High School’s basketball programs for the last 40 years.

“It’s awesome having Billy at the games because he puts smiles on the people’s faces,” Helena girls basketball coach Eric Peterson said. “He brings so much positive energy and it’s great for our program.”

And his players feel the same way, making sure to give him a high five after the starting lineup is introduced.

“Billy is part of the team,” Peterson said. “It’s good for him to know that we respect his loyalty to the program, and it’s great for the girls because his positivity gets them going.”

Born in Conrad, just north of Great Falls, Neisses moved down to Helena during his childhood years with his parents and two sisters.

Before he graduated from Helena High School in 1979, he attended Bengals basketball games regularly and was also named a three-time state special olympics basketball champion.

“I’m a slow learner, but if someone teaches me how to do something, I can usually pick it up pretty quick,” Neisses said.

Neisses also said his disability operates through his whole body, so he has a hard time standing and walking. But, even though he is limited to a wheelchair and has to use an oxygen tank, that doesn’t stop him from being one of the loudest voices in the stands.

“It definitely gives you a little more drive to succeed more than other times, since you know Bengal Billy has been there since he was in high school, so that’s pretty cool,” said Bengals forward Logan Brown.

Since Neisses moved to Helena and became a super fan of sorts, the community has gotten to know him whether it was seeing him at Bengals games, Helena Senators games and even Helena Brewers games.

"Selling programs (at Brewers games) was the first job where I got to handle money and give change back and such," Neissus said. "I loved it."

Helena resident Sam Smith grew up two streets over from Neisses’ childhood home and watched him cheer during all of his high school games.

Their friendship blossomed when Smith became the owner of Medallion Motors and sold Neissus a van. Afterward, Neisses would call if he needed help with anything.

“He’s just always so happy,” Smith said. “It’s not a game unless he is there, as far as I’m concerned.”

When Neisses’ health began to deteriorate, Smith started taking him to games. Once Neisses became confined to his wheelchair, Smith knew he had to think of something.”

“I started renting a taxi with a wheelchair ramp when he could still walk some, but now, since he is at the point he can’t walk, I called around and rented a school bus,” Smith said.

He pays the driver $40 each round trip, but he knows it’s the right thing to do.

“People at the games have been nice helping out with money,” Smith said. “It’s a community effort. He is an inspiration. He can barely walk, but if you ask him how he is doing, there’s always a smile on his face.”

With the basketball season wrapping up, Neisses will put on his maroon Bengal shirt, get picked up for the boys and girls basketball games on Friday and Saturday, enter the gym and let out his iconic B-E-N-G-A-L-S chant to get the fans excited.

“The student body sounds like a choir when they cheer,” he said.

The Bengals will take on crosstown rival Helena Capital, and though he shows respect for each opponent, he still thinks his school, his team, his family can win.

One last crosstown: Bragging rights, legacy and much more at stake for Helena High, Helena Capital

HELENA — In any sport, on any team, there are certain games and certain moments that define you.