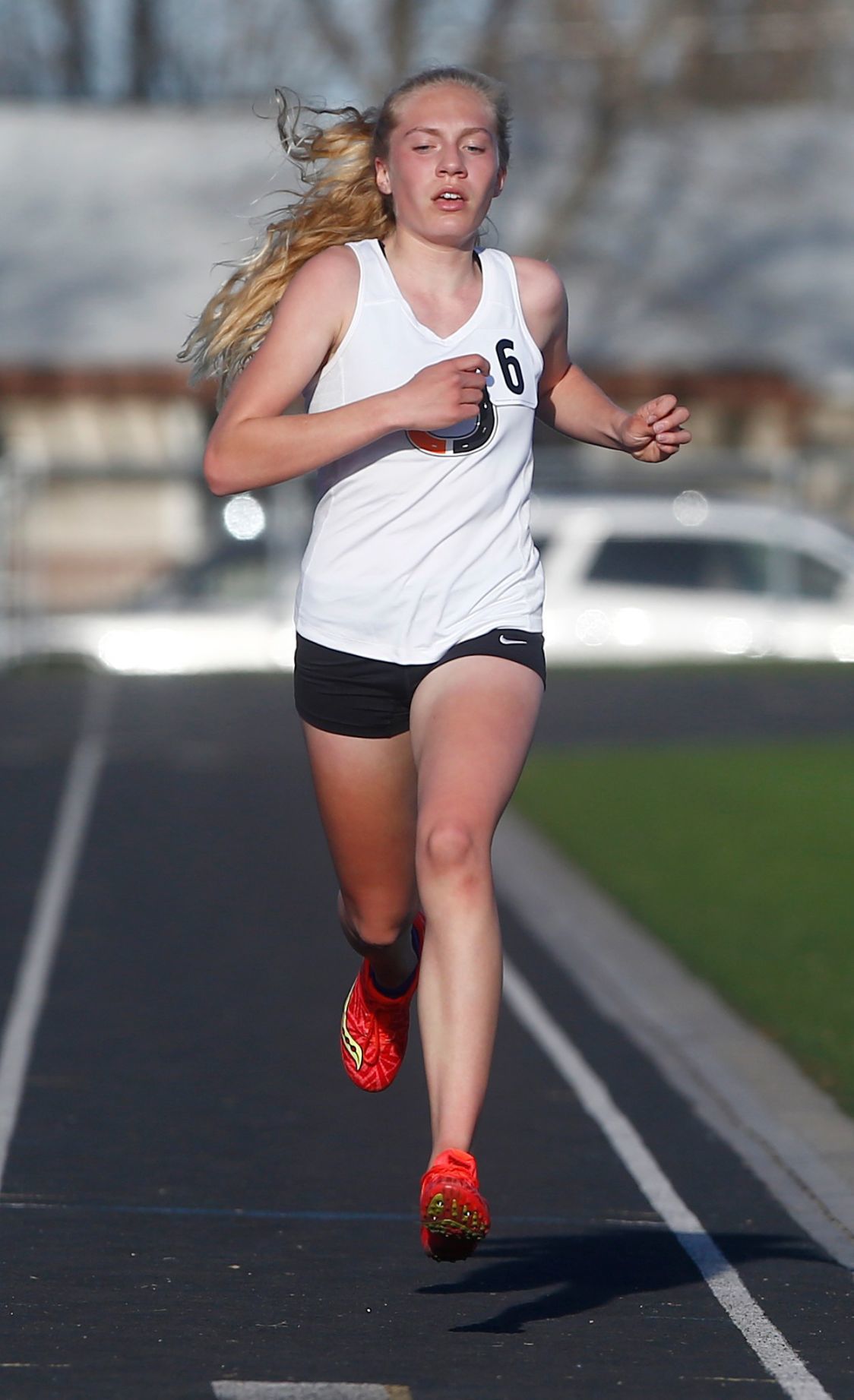 Elena Vandersloot is part of a recent throng of Billings Senior runners that have reached the NCAA Division I level. She'll run for Montana State next season. 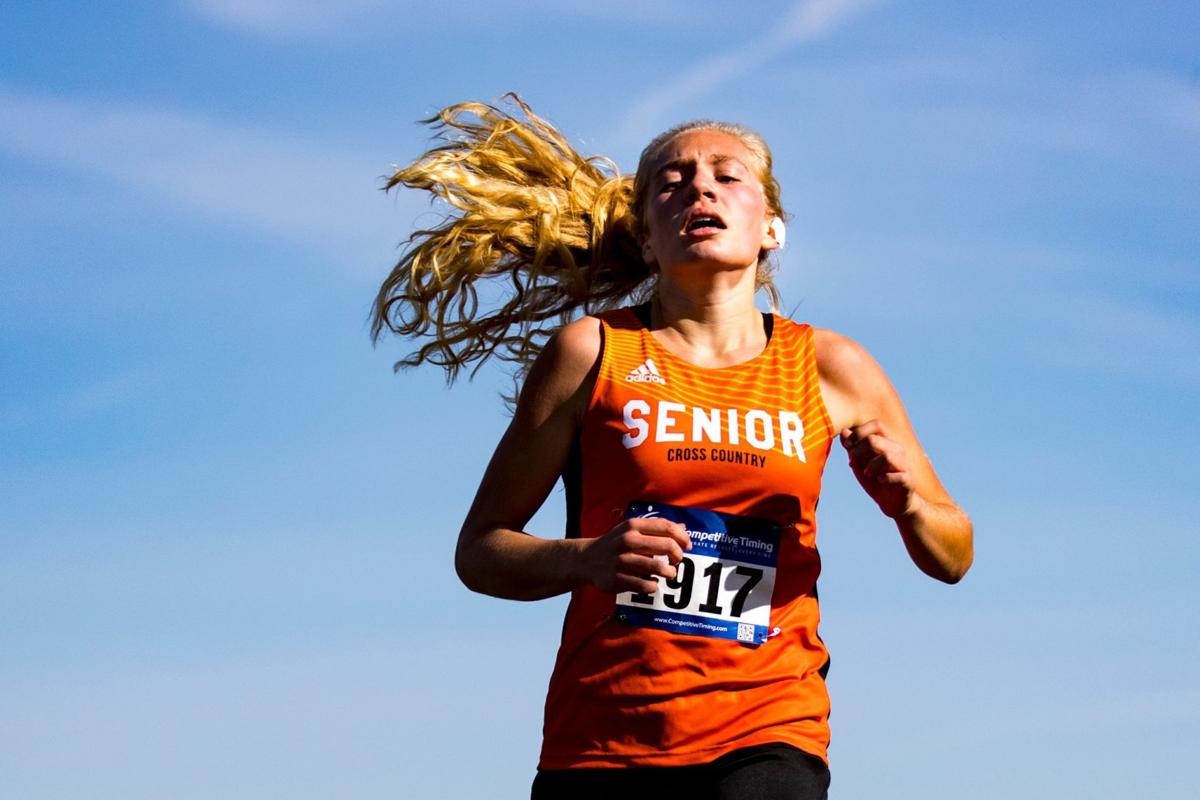 Billings Senior's Elena Vandersloot is a Midland Roundtable Athlete of the Year finalist. She'll compete in cross country and indoor and outdoor track and field at Montana State.

Elena Vandersloot is part of a recent throng of Billings Senior runners that have reached the NCAA Division I level. She'll run for Montana State next season.

Billings Senior's Elena Vandersloot is a Midland Roundtable Athlete of the Year finalist. She'll compete in cross country and indoor and outdoor track and field at Montana State.

BILLINGS — As a kid, when Elena Vandersloot and her mother went shopping for new shoes, young Elena wasn’t going to settle for any old pair. For those shoes to leave the store, they first had to pass the “run test.”

Vandersloot would slip on the shoes and take them out for a spin, running up and down the aisles until she was satisfied they met the grade.

That’s just one anecdote Vandersloot has to illustrate that there wasn’t a time she wasn’t into running.

She’s got another. Still a youngster, Vandersloot would open the fence gates on either side of the family home and just run in circles, front yard to back yard to front yard and on and on.

“I didn’t grow up with siblings around my house because both of my brothers were long gone before I came around, so I guess I always had a lot of energy,” Vandersloot said. “I guess my best way of channeling that was just to go run around the yard.”

Her running came to be more than just burning off steam. She joined a running club as a third-grader at Boulder Elementary, started running cross country races in middle school and became a quiet freshman on the Broncs teams at Billings Senior.

Vandersloot was so quiet, in fact, that Senior girls track and field coach Jerry Weik can’t recall if she said a word to him that first season. For her part, Vandersloot can’t contradict Weik’s memory.

But back then, there were so many girls — Senior’s track program can be quite large — it’s easy to get lost in the tide, and besides, Vandersloot wasn’t the ultra-competitive type.

“She just showed up every day to run,” Senior cross country coach Sarah Lord said, “and none of the rest of it mattered. She was just focused on the running.”

That focus has led Vandersloot to Montana State, where she’ll compete in cross county and indoor and outdoor track and field. Running for the Bobcats has been a longtime goal, and she’s part of a contingent from the Senior running programs (cross country and track) that will have nine athletes at the NCAA Division I level: Christina Aragon at Stanford; Dawson LaRance at Minnesota; Tiahna Vladic at Boise State; twins Jade and Jaylyn Hallgrimson at Nebraska; Jesse Dimich-Louvet at Temple (starting next fall); Owen Smith at MSU (next fall); and Finn Bentler at Montana (next fall).

At last year’s Class AA state track meet, Vandersloot shaved 10 seconds off her personal record in the 1,600-meter run to finish sixth. This fall she placed fourth at the state cross country meet. Which makes what happened this spring, the cancellation of the season due to COVID-19, all the more disheartening.

To her and to Weik.

“I think she really would have had a breakout year this year in both the mile and the two-mile,” he said. “I really think she would have done some amazing things this year.”

While Vandersloot has put her shoes through their last “run test,” for a while, you can be assured she’ll start up again in the fall.

“Each year I just tapped into my potential and getting those boosts of confidence,” said Vandersloot, who is a Midland Roundtable Athlete of the Year finalist. “It was finding out who you are as a person in the classroom, on the track or the cross country field and really just having fun and making friends and just making the best of it.”

This year's finalists will be honored during a virtual award ceremony.