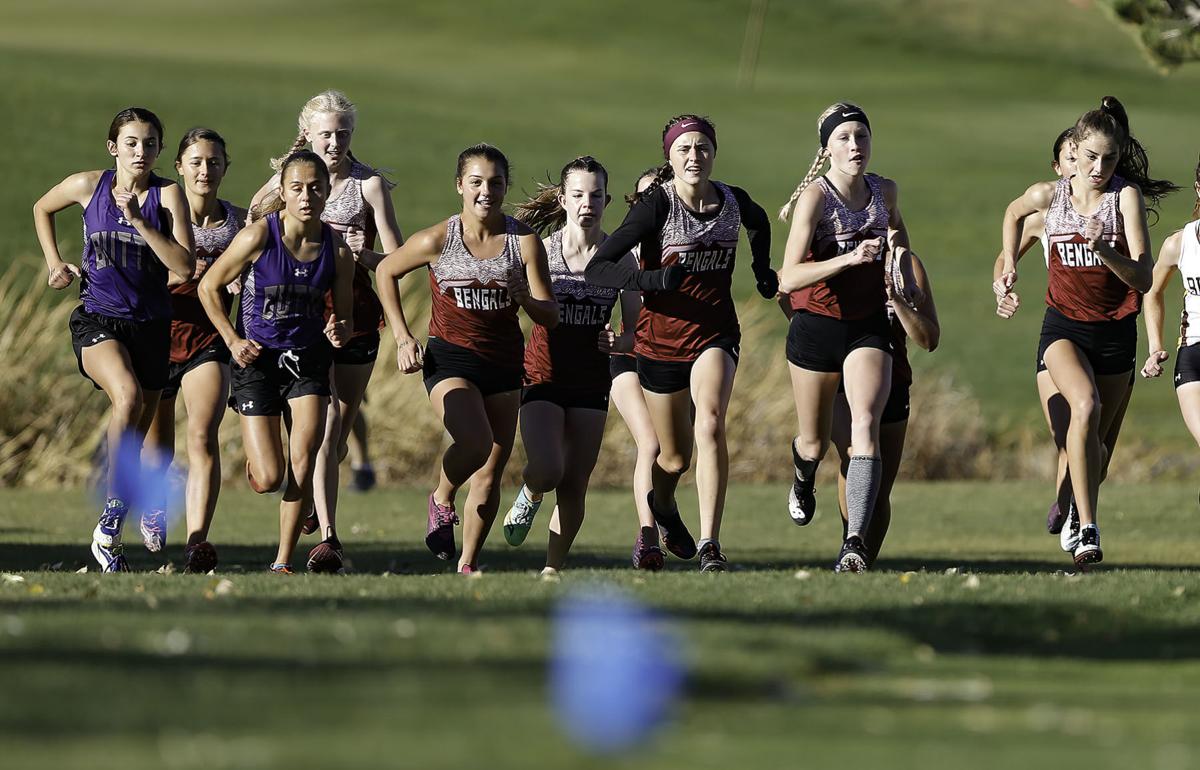 Runners take off from the starting line at Bill Roberts Golf Course in a triad that included Helena High, Capital and Butte High Wednesday in Helena.

Runners from Capital, Helena High and Butte run past the starting line at Bill Roberts Golf Course on Wednesday in Helena.

Runners take off from the starting line at Bill Roberts Golf Course in a triad that included Helena High, Capital and Butte High Wednesday in Helena.

Runners from Capital, Helena High and Butte run past the starting line at Bill Roberts Golf Course on Wednesday in Helena.

It certainly felt like a fall day Wednesday at Bill Roberts Golf Course in Helena, but the wind, rain and cold did little to damage the spirts of runners from Helena High, Capital and Butte.

For Kylie Hartnett, her time was actually better than it was a week ago at the Helena 7 of 7 meet as she crossed the finish line in 18:46 to take first place for the second straight week at Bill Roberts.

Hartnett finished 41 seconds faster than Hailey Nielson, who was in second place from Butte. Odessa Zentz finished third for the Bengals with a time of 20:20. She was followed by teammate Rylie Schoenfeld (20:35) in fourth, as well as Carly Ryan in fifth (20:39).

With four of the top five finishers, Helena won the team race with 19 points compared to 38 for Capital, which was led by Emma Rohrer-Fitzhugh who was sixth with a time of 20:45. Emma Compton (20:57) was seventh overall for Capital and was followed by Katie Sheridan (21:02) in eighth and Ellie Doran in ninth (21:14). Helena High's Annie Menden rounded out the top 10 after posting 21:16.

"I was proud of how all our kids raced today," Helena High girls head coach Jesse Zentz said. "They are a resilient crew and we're stoked for state."

On the boys side of things, Capital notched a rare win in "crosstown" competition over Helena High and the Bruins bested the Bengals Thursday with 25 points compared to 37 for Helena and 69 for Butte.

Trystan Brewer of Helena High won the individual crown, finishing in 17:17, three seconds ahead of teammate Robert Wagner, the runner-up.

Carlin Onstad was the top finisher for the Bruins and he took third with a time of 17:31. Tyler Jost ran a 17:38 to take fourth and was followed closely by Brody Romano, another Bruin who ended up in fifth (17:39).

Jacob Curry (18:04) and Henry Ballinger (18:05) the next finishers for Capital and were sixth and seventh in the meet respectively. Dallin Christensen (18:10) of Helena finished ninth and Capital's Keiran Boyle (18:12) was 10th.

"The boys ran well," Capital boys head coach Chris Beskid said. "It was the first time we have won that meet in 20 years and we excited to continue at state next weekend."

All three teams will be off until next Saturday at the Class AA state cross-country meet in Kalispell.