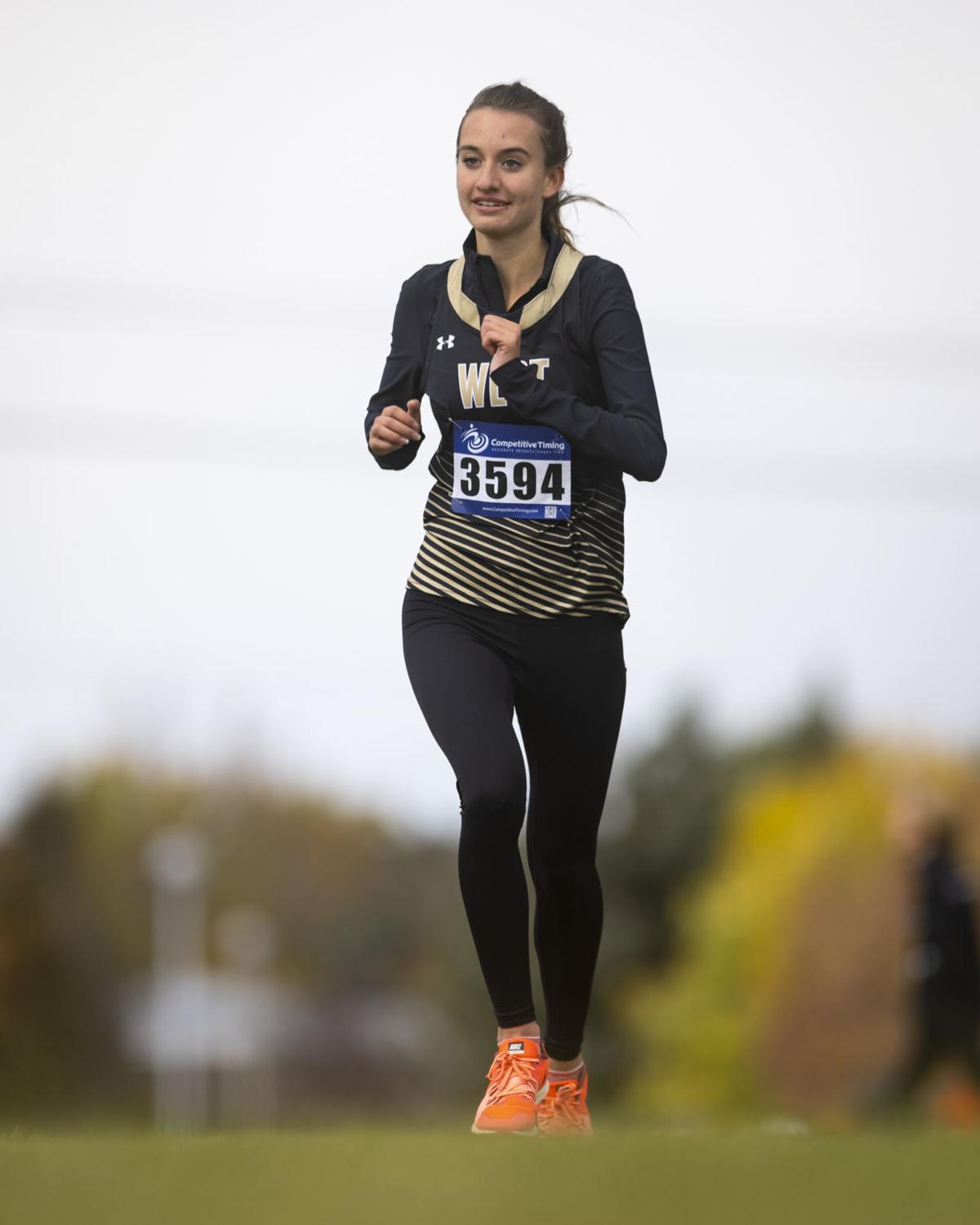 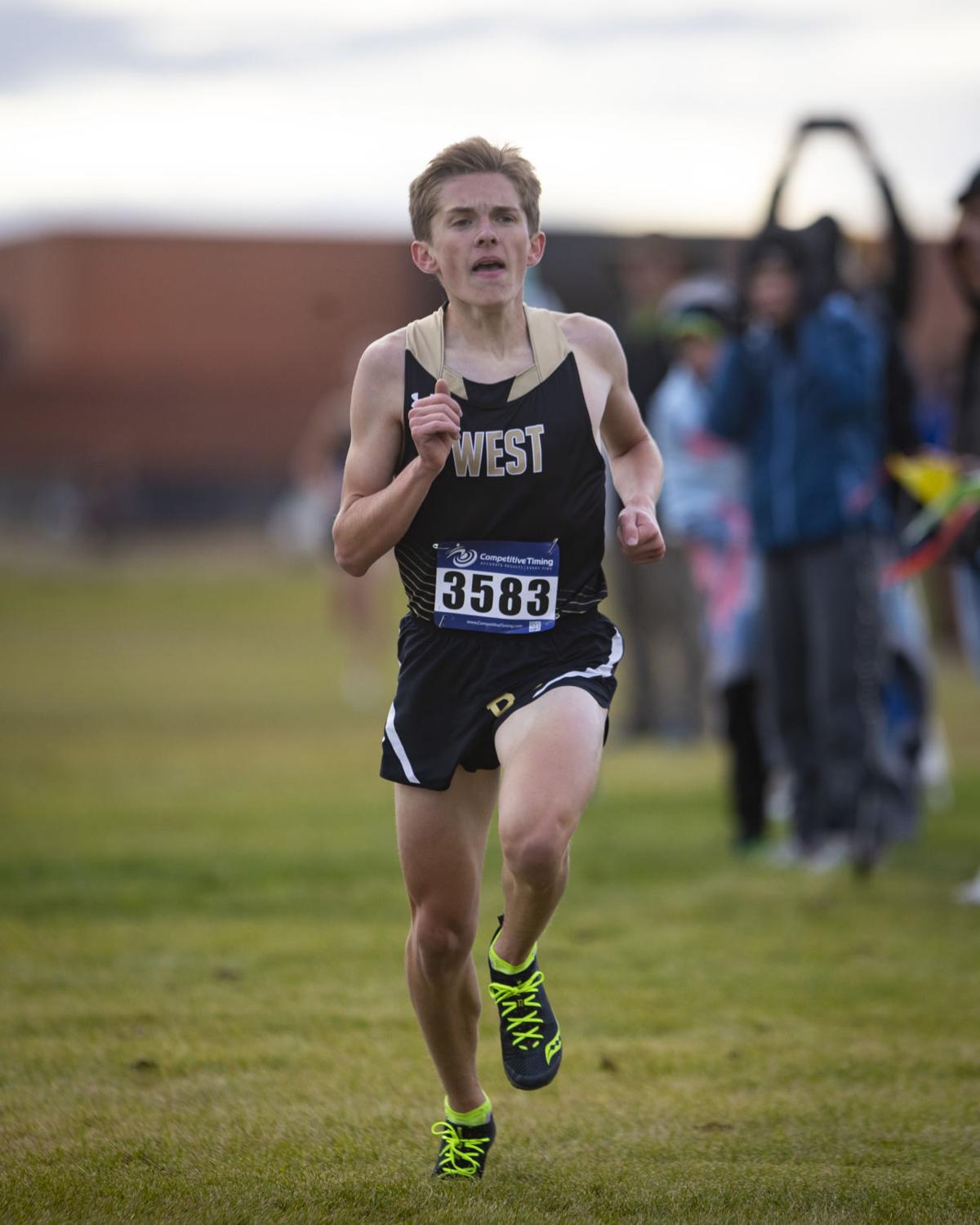 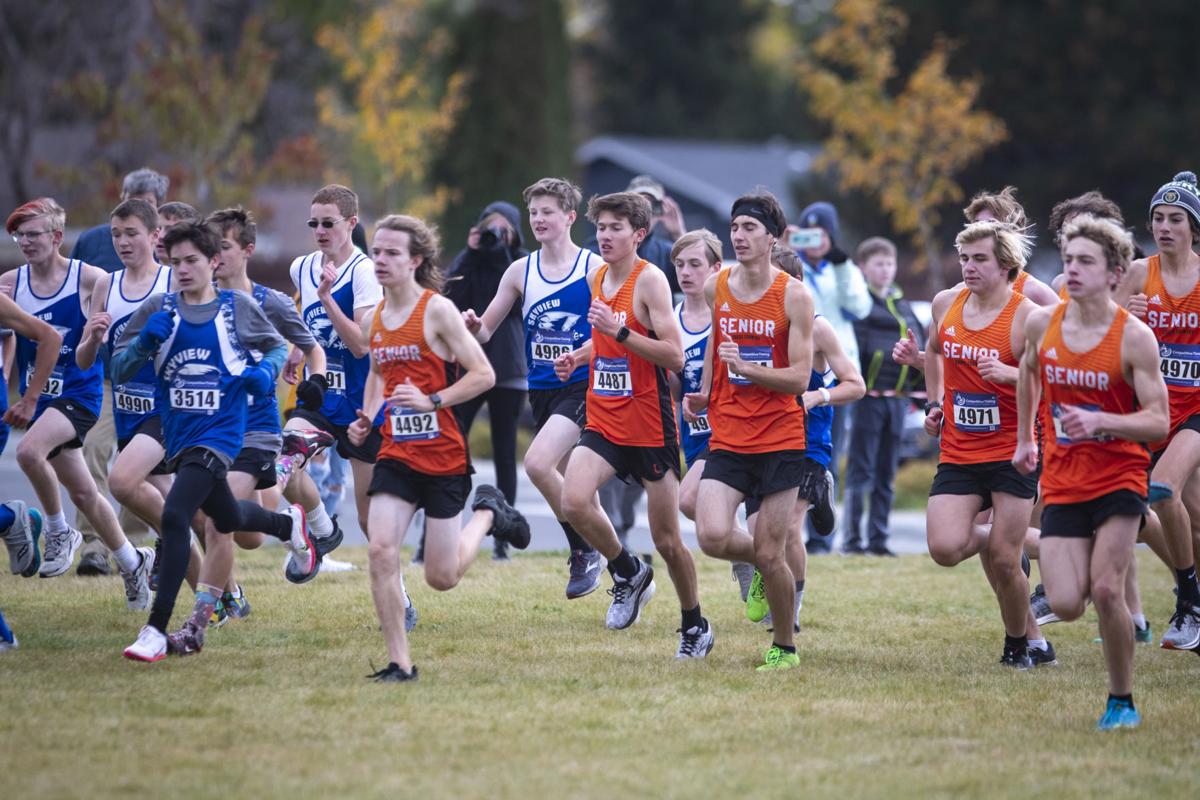 Boys runners take off from the starting line at the Billings City Meet cross country competition at Castle Rock Park on Thursday.

Boys runners take off from the starting line at the Billings City Meet cross country competition at Castle Rock Park on Thursday.

And, victory is especially satisfying at the regular-season concluding Billings City Meet, which annually is a highlight for cross country runners at Senior, Skyview and West.

For the Golden Bears, that winning feeling was felt by many as seniors Ali Keith and Micah Abrams ran to individual victories to lead West to both the girls and boys team championships.

Despite windy and chilly conditions Thursday afternoon at Castle Rock Park, Abrams said he was able to focus from the start. He ran to victory in 16:36.38, followed by teammates Mason Moler (16:44.08) and Jaxon Straus (16:51.12).

“Right when the gun goes off, you forget about the cold and it’s all about racing,” Abrams said. “Your desire has to overcome your pain.”

Keith said she has been aiming to win the City Meet since she started running as a freshman for the Bears.

“I’ve been looking forward to it for a long time,” she said with a smile. “My senior year race. … This year I knew I could win.”

Abrams said he was also glad to collect his first City Meet victory.

“Four years of hard work,” he said. “I did see growth my first three years and my desire to win this race was so great. I couldn’t have done it without my teammates.”

The state meet is set for Oct. 23 in Missoula at the University of Montana Golf Course, where the Mountain West meet is traditionally held.

At last year’s State AA meet, Keith placed eighth and in 2019 she was 16th. This year she again hopes to improve.

“I would like to be in the top five,” she said. “I’m currently sixth. That is the goal. They are not too far ahead. It’s definitely achievable.”

Last year, Abrams was 35th at the state meet and the year prior he was 43rd.

“I’ve underperformed at state the last two years,” he said, “but this year I’m looking to change that and over-perform.

“The goal is if anything, I want to get all-state and be in the top 15. But, I’d like to get in the top 10. The competition will be harder, but that’s your desire. It’s all who wants it.”

Keith said the Bears are “doing really well this year” and are shooting for a top-three finish at state, which would be “super amazing.”

The Bears’ boys were first with 21 points. Senior was second with 49 and the Falcons third with 64.

“We lost a few key runners last year, but we’ve overcome that and worked hard and want to be better. I think we showed that today,” Abrams said.

The West boys also hope to earn a team trophy in Missoula.

“The top three get hardware. That will be super tough, but that’s our goal,” Abrams said.

Billings’ only home meet prior to Thursday was the season-opening Billings Invitational at Amend Park.

“It was new, so I’ve never run it,” Keith said of the layout of the Castle Rock course. “The downhills are super nice and the wind was chilly and no fun. It is different than Amend for sure.

“It’s three laps, basically, and there’s a long downhill and you go back, and all the way down and up and down, gradually up and down.”

Abrams said the Castle Rock course is similar to Amend.

“It has a few more hills, but is almost the exact same – the soccer fields and length of the grass and straightaways,” he said.

Now, it’s time to prepare for state and aim for achieving personal and team goals in Missoula.

“It has been fun and gone by fast for sure,” Keith said of the season and her prep career. “It’s crazy to say I have one meet left.”

The Hawks' Connor Neil and Hayley Burns won their respective races at the season-opening event.