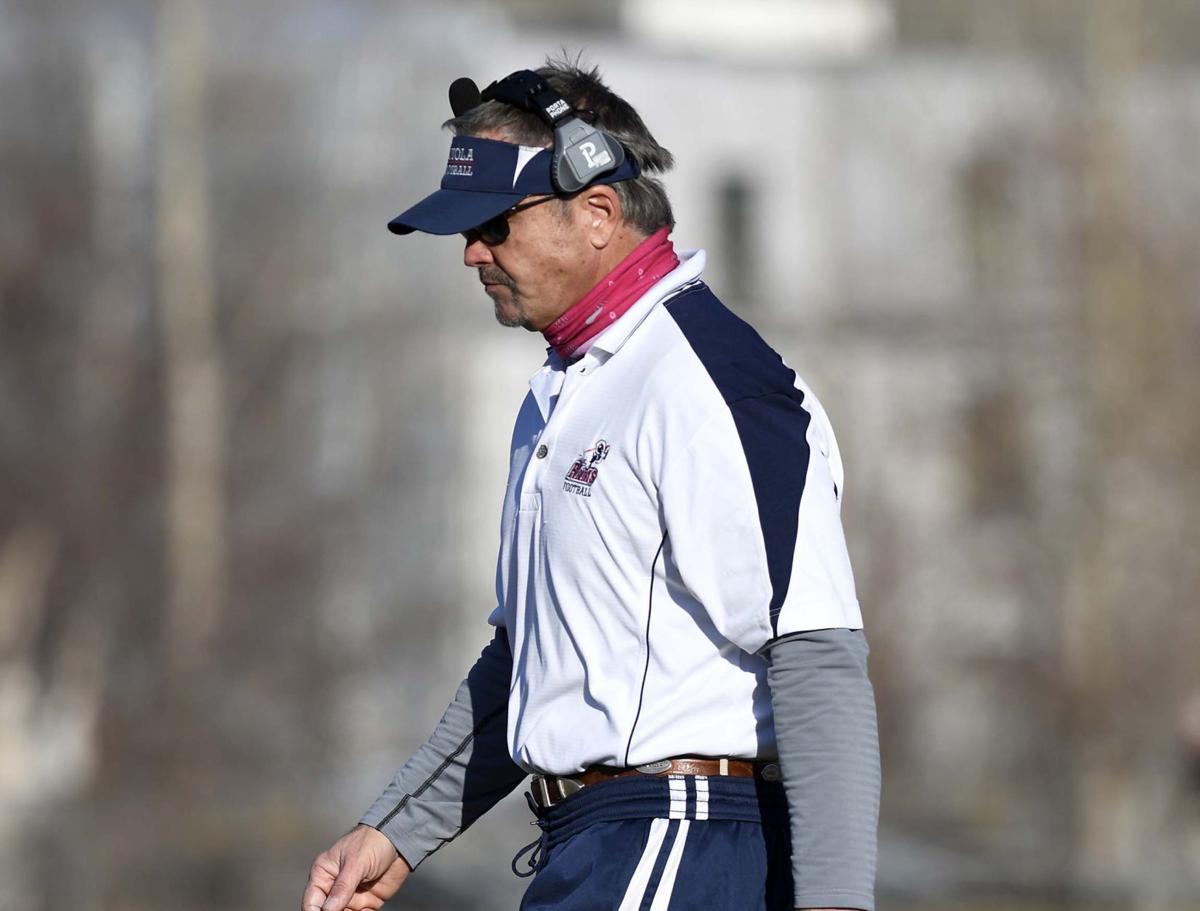 Loyola Sacred Heart coach Todd Hughes believes high school football is about family. Consequently, he has scheduled almost every Rams game on the road this year so more fans can attend.

MISSOULA — So many are afraid to go out on a limb and say what they're thinking these days.

Most of us simply do what we're told when it comes to COVID-19, wearing masks and social distancing to keep the virus at bay. Then for many in leadership positions, promoting precautionary health guidelines has become a means of survival, warding off trouble from county officials and criticism from anonymous types that troll the internet.

Believe it or not, there are those with iPhones right now looking to get Montana high school athletic programs in trouble for not following local COVID-19 rules. Snap a photo and take down your rival.

Loyola Sacred Heart football coach Todd Hughes respects the fact that he and his team must follow local coronavirus rules, but he is not among the timid. He's going to do what he believes is right, even if it doesn't align with his peers or places in jeopardy his streak of 14 straight playoff berths with the Rams.

Back in August, Hughes decided his Class B football team would play all its games on the road. It came after the Missoula County-City Health Department released pandemic guidelines that would have made it tough to have any fans at Rollin Field.

Hughes checked around. He found the same stringent regulations were not in place at places like Fairfield. So he placed fans over any perceived home field advantage last weekend and took his team to Fairfield.

"Everybody thinks they're doing the right thing about keeping kids COVID free and that's probably true in a certain sense, but they don't know what the flip side of that coin is," Hughes told 406mtsports.com.

"What a coach sees on a daily basis, most kids in high school, they're not playing for a college scholarship. They're not playing in the NFL for money. They play for their family, their brothers, their sisters, their grandparents, their aunts and uncles."

Hughes has seen first-hand how high school players handle games in which Mom and Dad fail to show up. It affects many of them emotionally.

So Missoula's most-followed high school football program is taking a novel approach to 2020. They're playing all but one game on the road and may play all of them outside of Missoula if they can't work out an agreement with Anaconda in October.

"Our fans travel great," Hughes said proudly. "They all showed up at Fairfield. One of the great things about Loyola is it's like a big extended family. That's one reason I've stayed here even after my kids are gone."

A lot of Montana's high school and youth club coaches are bothered by the lack of consistency with COVID-19 guidelines across the state and even within county boundaries. These are quirky times, to put it nicely.

When Loyola visits Manhattan this Friday, each player will be granted two tickets. But what if a player has two sets of parents? And why is it that a team of 45 players receives 90 tickets and a team like Loyola with only 25 players only receives 50 tickets? Wouldn't it make more sense to simply make available to both teams the same amount of tickets?

"And if Little Johnny's parents aren't coming, could I give them ... Nope, just the parents, that's their rule," Hughes offered.

In the end, Loyola's veteran skipper is aiming to set a life example for his players. High school football is about more than just winning. It's about honor and family.

"My job is to try to make young men better adults," the coach offered. "Maybe when they're in their 30s, they can make a decision based not on winning and losing. It's about something bigger. This is not about football, it's about your character."

Here's hoping Hughes is still around when my grandson is 16 years old.