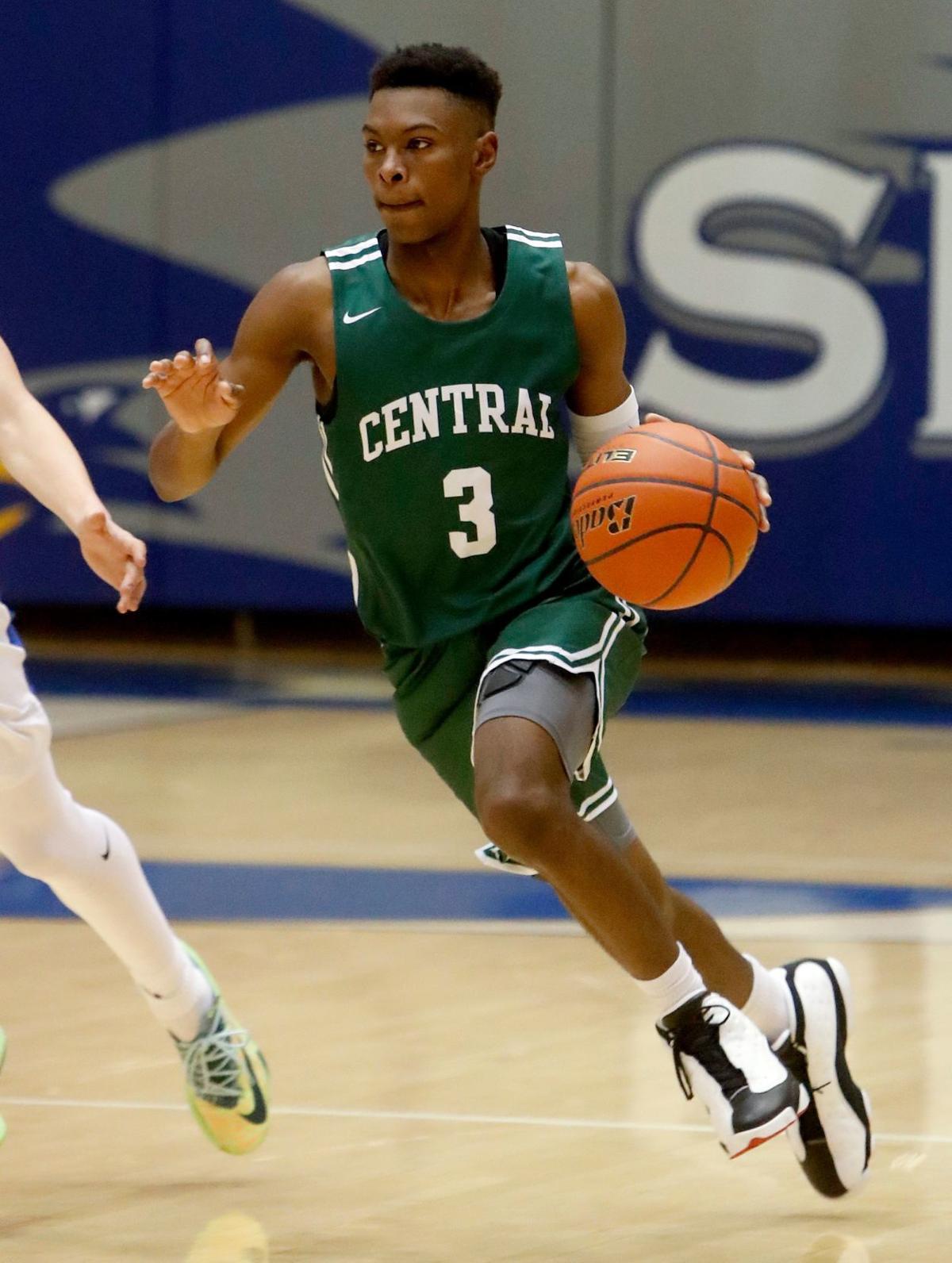 Billings Central's Chrishon Dixon (3) dribbles the ball in the first quarter of the game at Billings Skyview High School on Friday, Dec. 21, 2018. 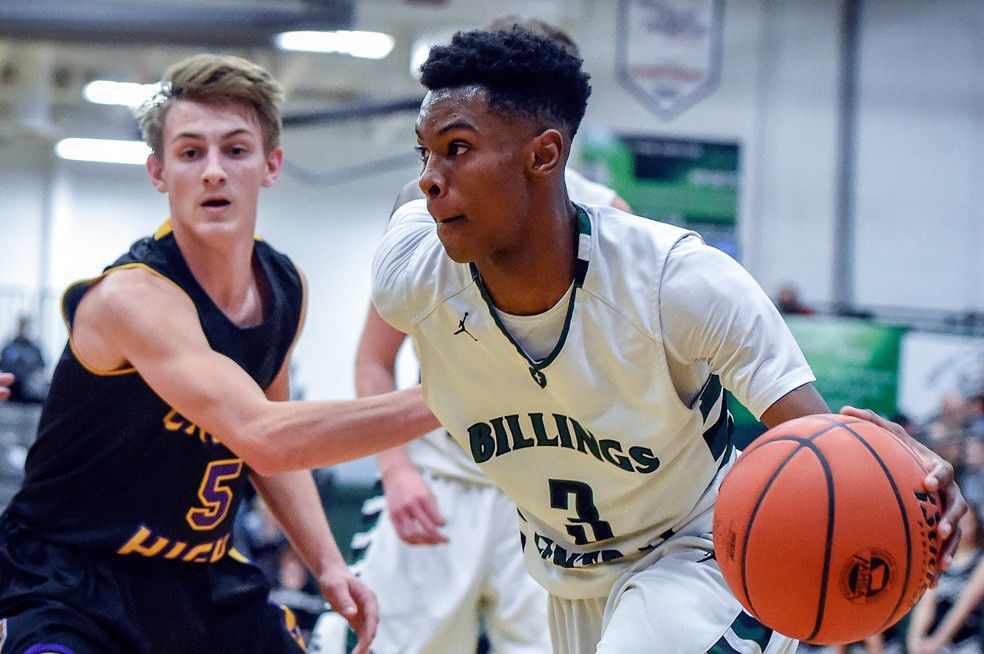 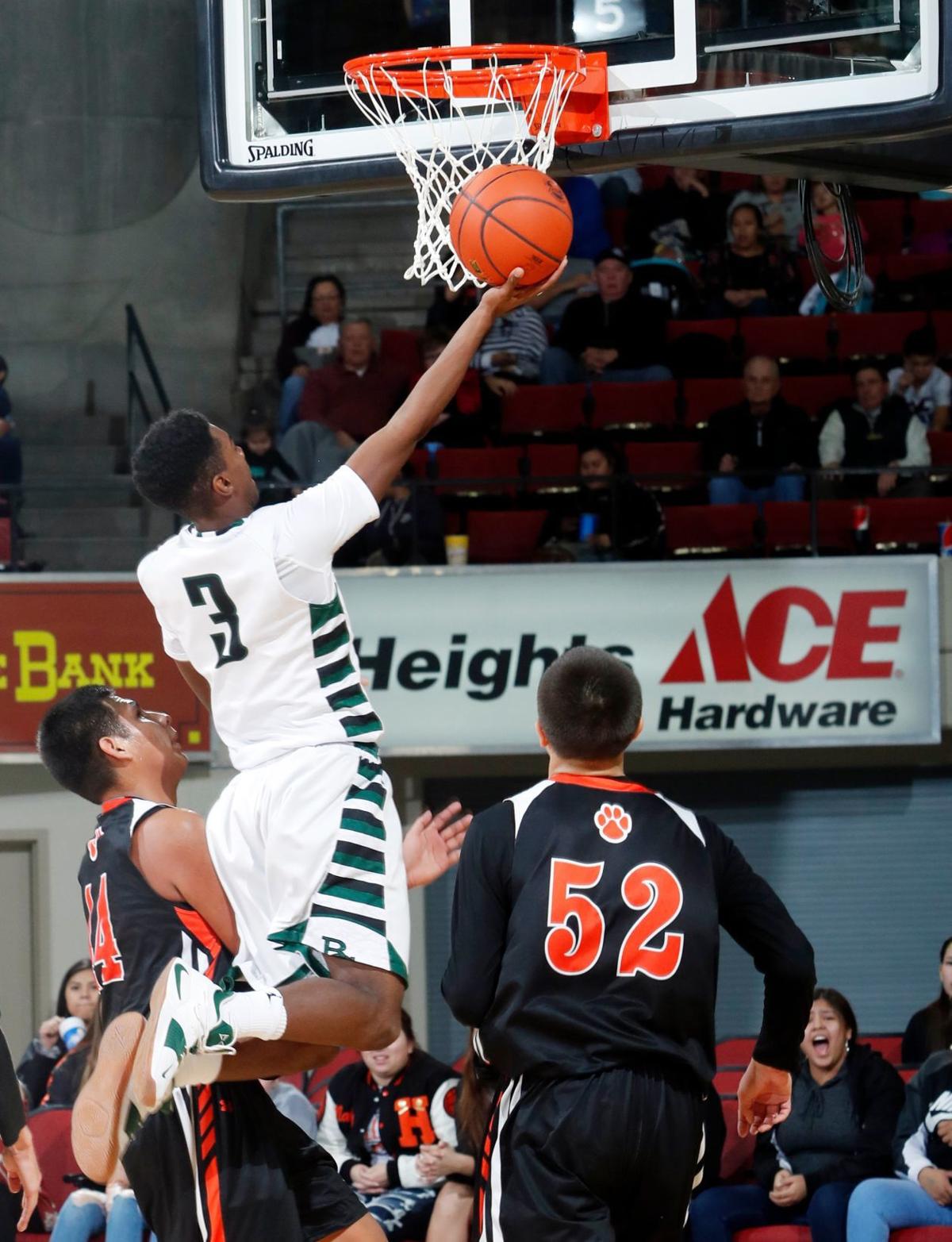 Billings Central's Chrishon Dixon shoots between Hardin defenders Andrew House and Famous Lefthand in the first half of the game at Rimrock Auto Arena at MetraPark on Saturday, Jan. 5, 2019.

Billings Central's Chrishon Dixon (3) dribbles the ball in the first quarter of the game at Billings Skyview High School on Friday, Dec. 21, 2018.

Billings Central's Chrishon Dixon shoots between Hardin defenders Andrew House and Famous Lefthand in the first half of the game at Rimrock Auto Arena at MetraPark on Saturday, Jan. 5, 2019.

Dixon considered a few schools, all in Montana, but MSUB’s location, coaches, style of play and history persuaded him to become a Yellowjacket. His commitment came three days after leading the Rams to a Class A state title.

In addition to MSUB, Carroll College and Montana Western extended scholarship offers to Dixon, he said. The college interest heated up in the summer, Dixon said, well before he even knew which sport he was going to play at the next level.

Dixon helped the Central football team win a state championship in the fall, and he didn’t make his college sport decision until January. That’s when he decided to focus on basketball.

The decision to commit to MSUB after basketball season was intentional, said Dixon, and the the postponement proved to be fruitful. After three straight runner-up finishes at state, the Rams broke through with a 62-44 win over rival Hardin on Saturday.

The first of 2 back to back layups by Chrishon Dixon that put @wearebc1 up 43-33 over @hardinbulldogs and prompted chants of “You can’t guard him!” from Rams student section. #mtscores pic.twitter.com/J7Us8uAVvX

Dixon plans to sign his letter of intent on Wednesday. He considered Carroll and Western, but the Yellowjackets had too many factors in their favor.

Staying home played a major role in Dixon’s decision to commit to MSUB, as did the team’s travel schedule. In each of the last five seasons, the Yellowjackets have made early season trips to California. Most of those tournaments have been hosted in the Bay Area, where Dixon’s mother currently lives (Stockton, specifically), so he's excited to get an organic opportunity to visit her.

Dixon also praised MSUB head coach Mick Durham and his assistants, who frequently watched Dixon play during his high school and AAU seasons. The Yellowjackets also have a playing style that attracted Dixon.

“I like how they play as a team. They really like to move the ball,” Dixon said. “They’ve got big men, shooters. That’s all you really need as a point guard.”

Central boys basketball coach Jim Stergar called Dixon the best player in the state throughout the season. The guard nursed a hip injury he suffered during football season, but it hardly slowed him down, especially during the postseason. Dixon was rewarded with an all-state honor.

Dixon is interested in studying health and human performance at MSUB, and he hopes to play basketball professionally when he’s done with college.

But right now, he’s enjoying the latest chapter in a storybook season of a stellar high school career.

“It’s crazy. Growing up, finally moving on to the next part,” he said. “Now I’ve gotta grind even harder to be the best player I can be in college.”