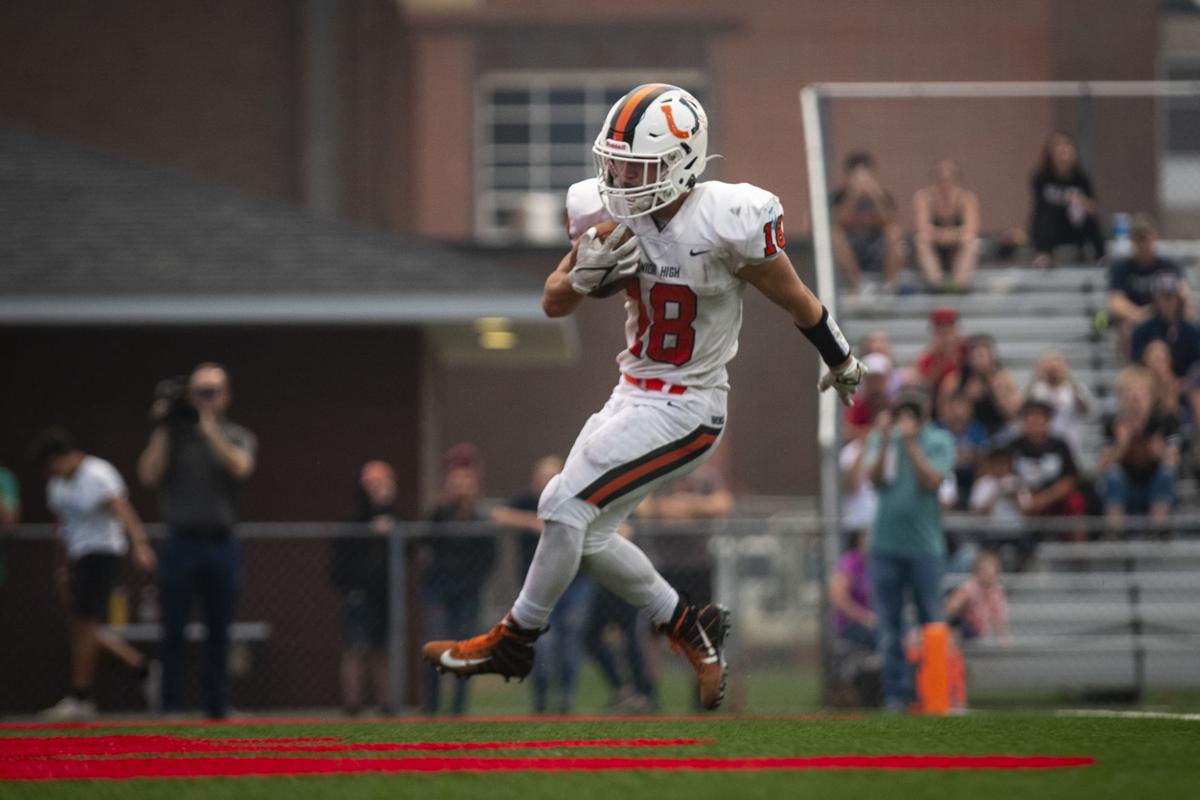 Billings Senior's Jacob Miller makes it into the end zone for one of his four touchdown runs against Billings Skyview Friday night at Wendy's Field at Daylis Stadium. 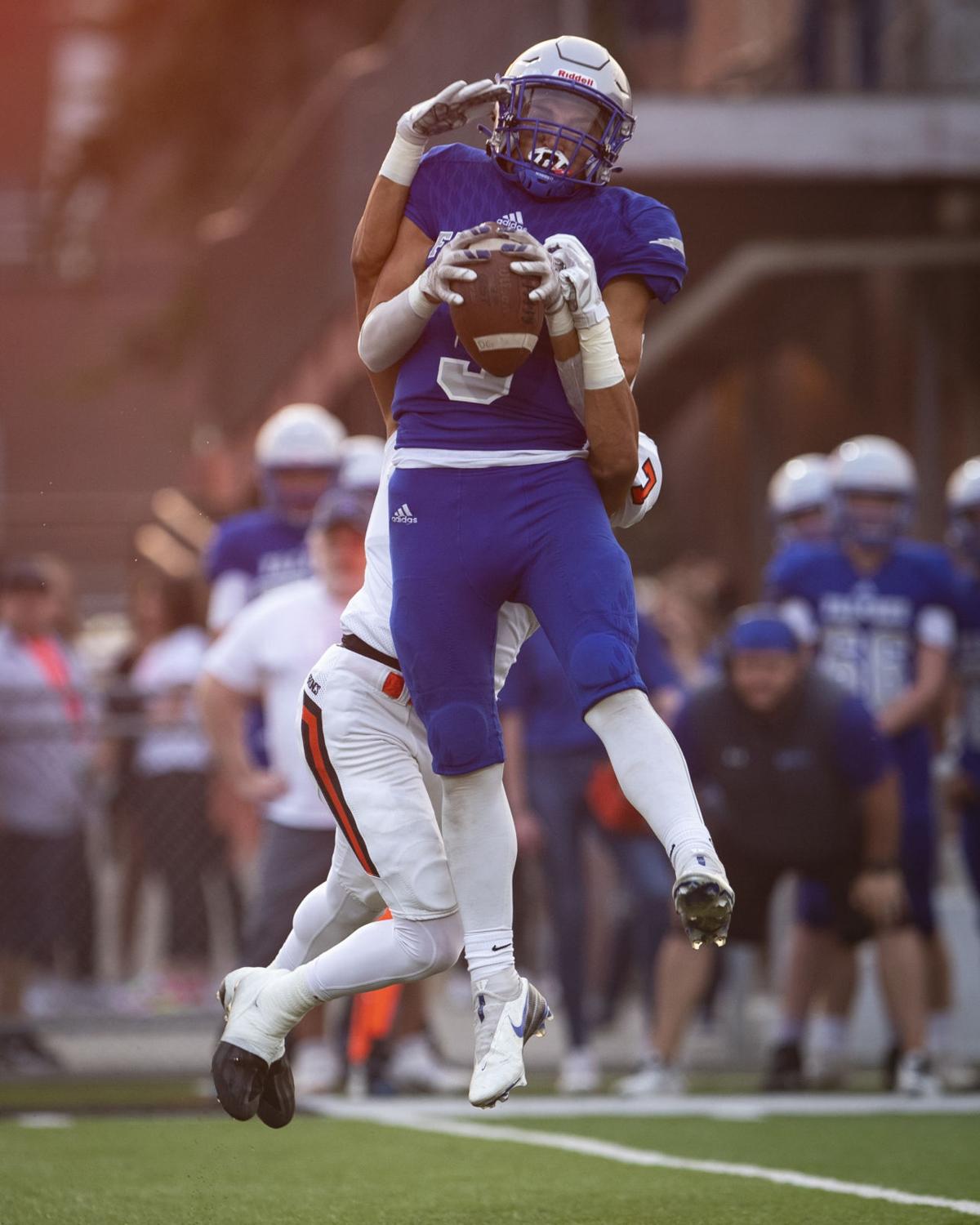 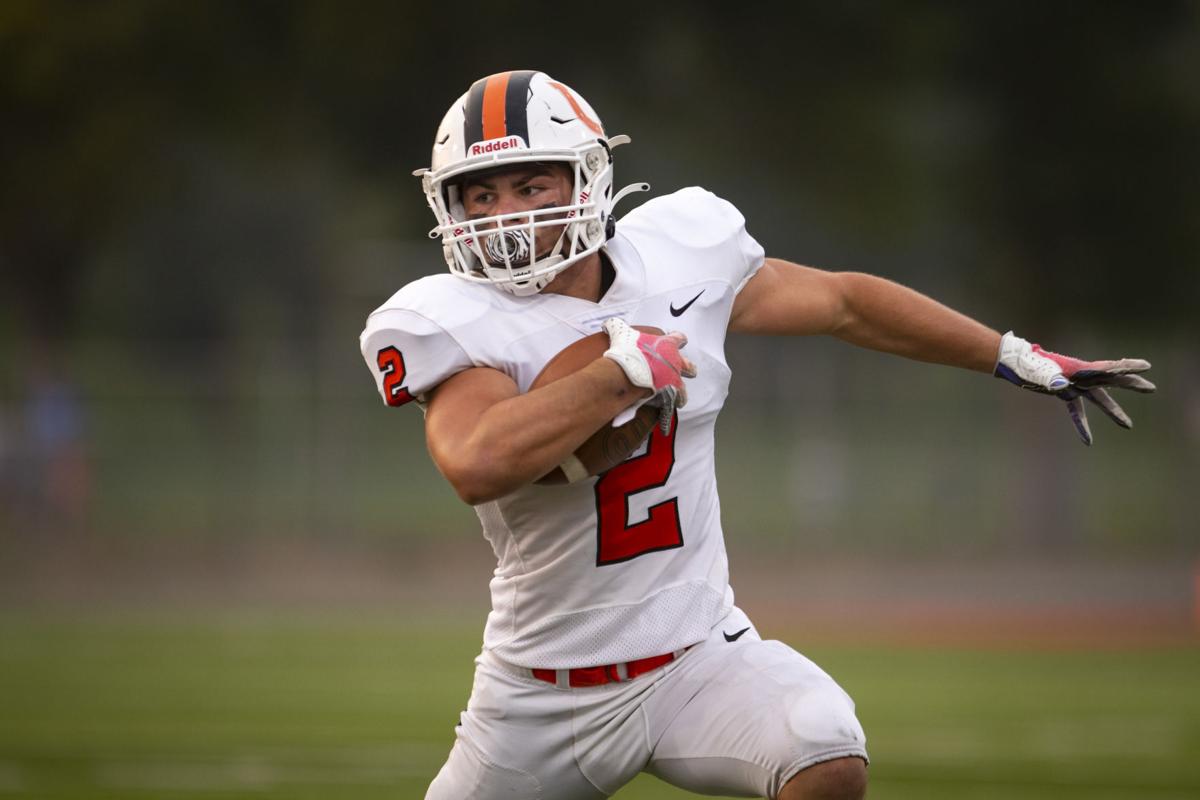 Billings Senior's Peyton Morton carries the ball during the Broncs’ game against Billings Skyview at Wendy’s Field at Daylis Stadium on Friday.

Billings Senior's Jacob Miller makes it into the end zone for one of his four touchdown runs against Billings Skyview Friday night at Wendy's Field at Daylis Stadium.

Billings Senior's Peyton Morton carries the ball during the Broncs’ game against Billings Skyview at Wendy’s Field at Daylis Stadium on Friday.

That makes Peyton Morton happy. Happy, but a bit surprised, as well.

Morton played on the offensive line last season, mostly doing the pulling for Broncs’ runners. This season, Morton, a 5-foot-11, 200-pound senior, was moved to h-back, which is essentially a full back lining up at the tight end position in the team's offensive scheme.

Friday night Morton scored Senior’s first touchdown, a 13-yard run on a reverse that started an onslaught of scores in a 69-0 win over Billings Skyview at Wendy’s Field at Daylis Stadium.

For Morton, it was his first time finding the end zone since middle school. He finished the night with 63 yards on five carries, and that output left him with 205 yards on 19 carries for the season, averaging almost 11 yards a carry.

“I’ve been itching to run the ball the last four years,” said Morton, who also starts at linebacker. “I knew I was going to get some hand-offs (this season). I didn’t think I’d get as many yards as I’ve got. I expected to be in there to get four yards, do what a fullback does.”

Instead, he helped play the role of catalyst as the Broncs rebounded from last week’s loss to No. 3 Helena.

Senior (2-1, 1-0 Eastern AA) dominated from the start. Morton’s score culminated a game-opening 65-yard drive and the Broncs went on to score on their next five possessions to lead 41-0 by halftime.

Jacob Miller ran for four scores and rushed for 91 yards, giving him eight rushing touchdowns in three games. Quarterback Christian Emineth threw a touchdown pass and also ran for a TD, completing 13 of 18 passes for 147 yards and running for 85 more. Bubba Bergen recovered a blocked punt in the end zone for another touchdown, and backup quarterback Peyton Oakley threw for one touchdown and ran for another. Zeke Ramirez and Maclain Burckley, who was 9 of 10 on PAT attempts, caught touchdown passes.

“We just wanted to come out here and get back on track, get back on a winning streak,” Murdock said. “Our goal is to keep training every week and get a little bit better. There’s some things we still need to clean up, but we made some strides, for sure. I thought our O-line and our quarterback played extremely well.”

Skyview, too, was looking to bounce back from a road loss last week. Instead, the Falcons will try to do so next week with a Homecoming game against Great Falls CMR at Daylis on Friday.

Senior is back in action on Thursday, hosting Bozeman Gallatin, also at Wendy’s Field.