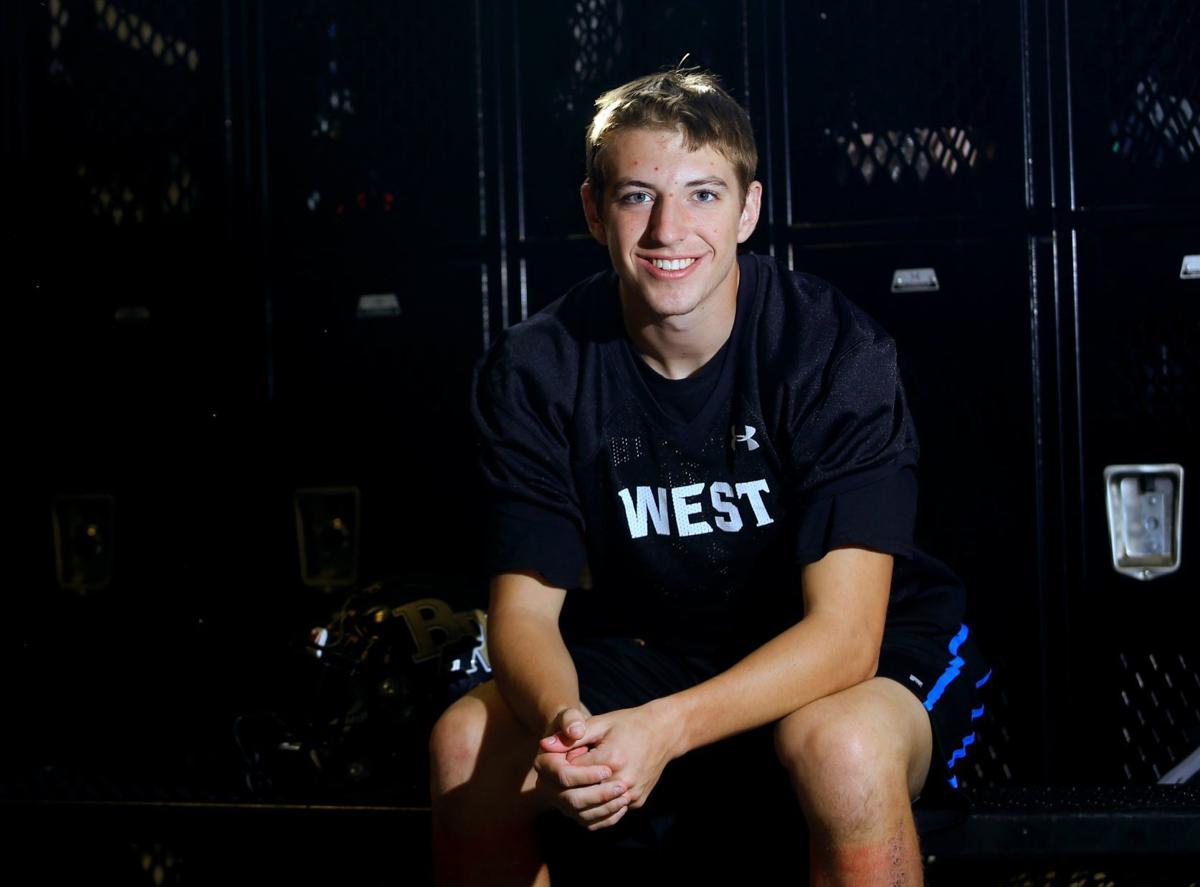 Billings West football player Si Ryan is a fourth-generation family member to carry the same name. The tradition began with his great grandfather. 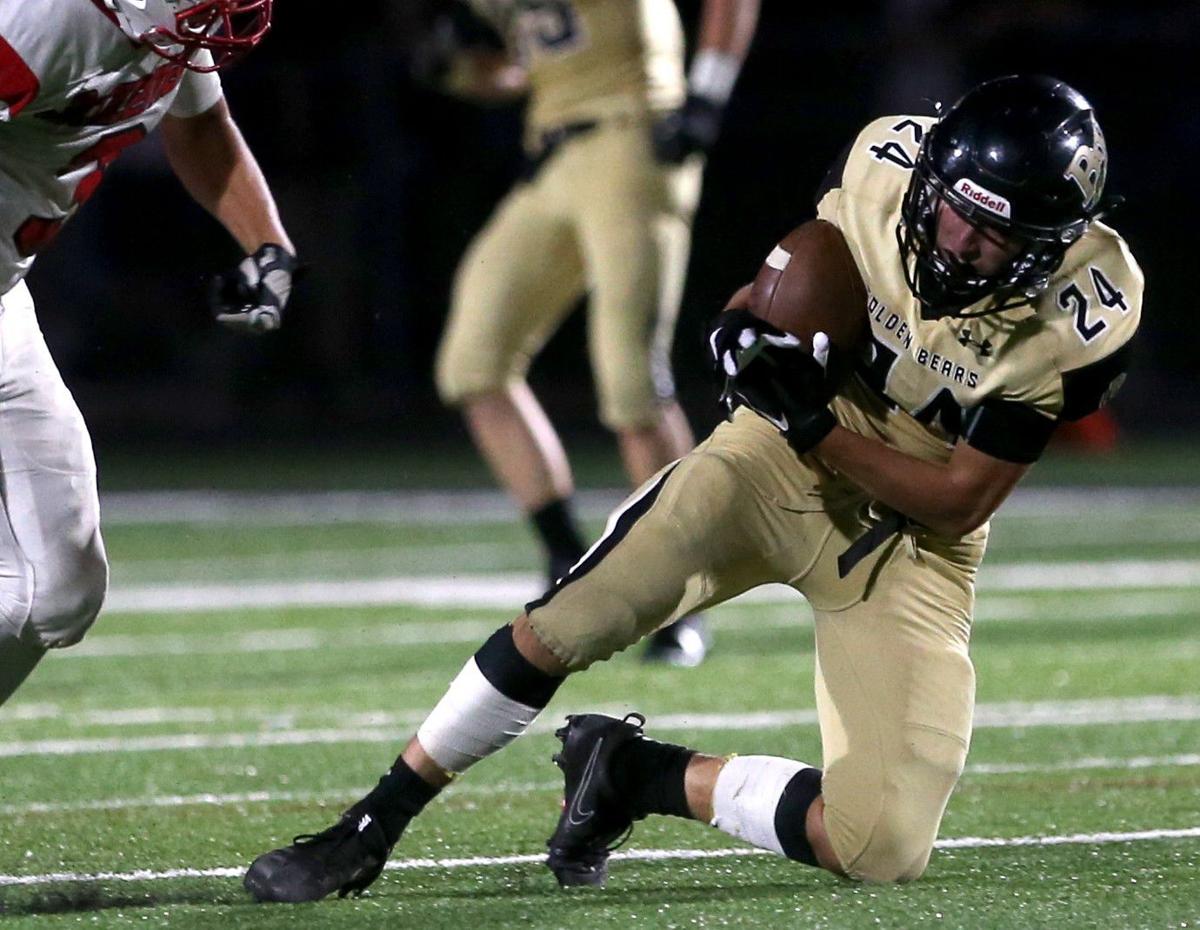 Billings West football player Si Ryan is a fourth-generation family member to carry the same name. The tradition began with his great grandfather.

BILLINGS — The name Si Ryan is a unique one.

Within the Ryan family, however, it has belonged to four guys. And the youngest of that line is about to finish up his senior year of football at Billings West.

Simon Clark Ryan IV continues a family lineage of football players that have usually gone through the doors of Billings West.

"I think it's pretty cool," Ryan said Thursday out at West's football practice. "I don't always want to be compared to my dad, but it's nice to make your own name for yourself and to have a similar one, too."

Ryan's father, Si Ryan III, was a standout at West and went on to play for Montana State. His dad's cousin Pat, whom Si refers to as his uncle, played at West before going on to play at Notre Dame. Both hold records in West's weight room while his first cousin, Holden, is one of the best running backs to pass through Billings Central before playing for the Grizzlies for two seasons.

He said his father and Pat never give him any grief over whether or not he can match their lifting or running records, but he does not quite return the favor.

So, it is safe to say football is a family sport.

A successful one at that.

But the youngest Si Ryan is carving out his own path as a senior defensive back for the Golden Bears. He knows his family history, and some of the expectations that come with it.

"It's almost kind of more pressure to feel like you have to play to your expectations like your cousins, your second cousins, your dad, just all of your family members," Ryan said. "I'll give my dad some crap and he'll remind me what he did back in the day and I'm like, 'OK. You got me there.' He's got me in some spots and I've got him in some spots.

"I think it's really cool to have the same name. I also feel like I have to live up to it."

Ryan wears the No. 24 on the football field, the same as his father. He said there is no real story behind why the name is passed down, only that his family has kept it going from his great-grandfather down. He is proud of his name and the history behind it, always making sure to add the Roman numerals IV at the end of his name whenever he writes it down, something West football coach Rob Stanton has noticed as well.

"There's a pretty good legacy of the Ryans at West High," Stanton said. "I have him in class, too, and I think he's proud of that name which I appreciate. So it's pretty cool that he has a name like that and I'm sure his mom and dad are pretty proud of him, too.

"He, along with the family, are very competitive. It doesn't matter what you do, they're competing in everything."

One of the activities Ryan participates in is fantasy football.

Though football at the next level has been the path the elder Ryans have taken, Si said he is keeping his options open but has not decided whether he would like to follow that same path.

"I just have to look at all of my opportunities and see what is possible," Ryan said. "I wouldn't ever rule (college football) out and I'll keep the door open. Just want to see what my other options are, too."

Ryan also has a younger brother, Connor, who is a sophomore at West. Connor plays JV, but his older brother has been impressed by what he has seen his sibling accomplish.

"He's made a name for himself, too," Ryan said.

Ryan, who is a 4.0 student with honors classes, saw his time on the field increase before his junior year started when the starting safety at the time, Elijah Perry, was getting back into the swing of things after some time in basic training. Ryan's skills stood out, and about a week before West's first game against Helena Capital he was named the team's starting safety.

"I got my opportunity. I learned all of the plays and coach liked that so he gave me a shot and I made the most of it," Ryan said. "It just worked out.

"I was like wow, I wasn't really expecting to start but that first snap I was nervous. It was a lot. I wasn't very big and I had to go hit 'em low."

Ryan added with a laugh, "I just didn't want to mess up. That's not the thinking you want but that's what I was thinking."

Since then Ryan has thrived as a defensive staple for the Golden Bears. Now in his second year as a starter on defense, Ryan and the No. 4 Golden Bears are currently riding a four-game winning streak after losing the first two games to start the season. Their next game is a big one, as No. 3 Helena Capital (5-1) rolls into town on Friday night. The game will kickoff at 7 p.m. at Wendy's Field at Daylis Stadium.

"We're confident," Ryan said. "We've been playing well and putting it together. Our defense has gotten things straightened out. You wouldn't know that if you looked at out last game (a 56-53 double overtime win over Butte). We've gotten better. We worked hard this week."

The Broncs go for win No. 20 in a row when they hit the road to take on Butte on Friday at 7 p.m. Senior most recently topped Missoula Big Sky 49-14. Butte is still alive halfway through the regular season, vying for one of the final playoff spots.

Fresh off of its first win on the field in over two years, Skyview plays at Great Falls CMR on Friday at 7 p.m. The Falcons beat Missoula Hellgate 27-7 last week, snapping a 21-game on-field losing streak. CMR is looking to bounce back from its shutout loss to Capital, having won three of its previous four games before playing the Bruins.

The Blue Ponies take on the red-hot Rams at Herb Klindt Field at 7 p.m. Central has won four in a row, most recently defeating Belgrade 49-21 as Ben Voss set a new school record with 329 rushing yards. Havre was defeated by Sidney 54-14 last week.

In a battle of the top two teams in the Eastern A, the Locomotives travel to Sidney to take on the Eagles at 7 p.m. on Friday. Both teams are the only unbeaten teams left in the Eastern/Central A conference. Laurel defeated Glendive 20-0 last week, while Sidney downed Havre 54-14.