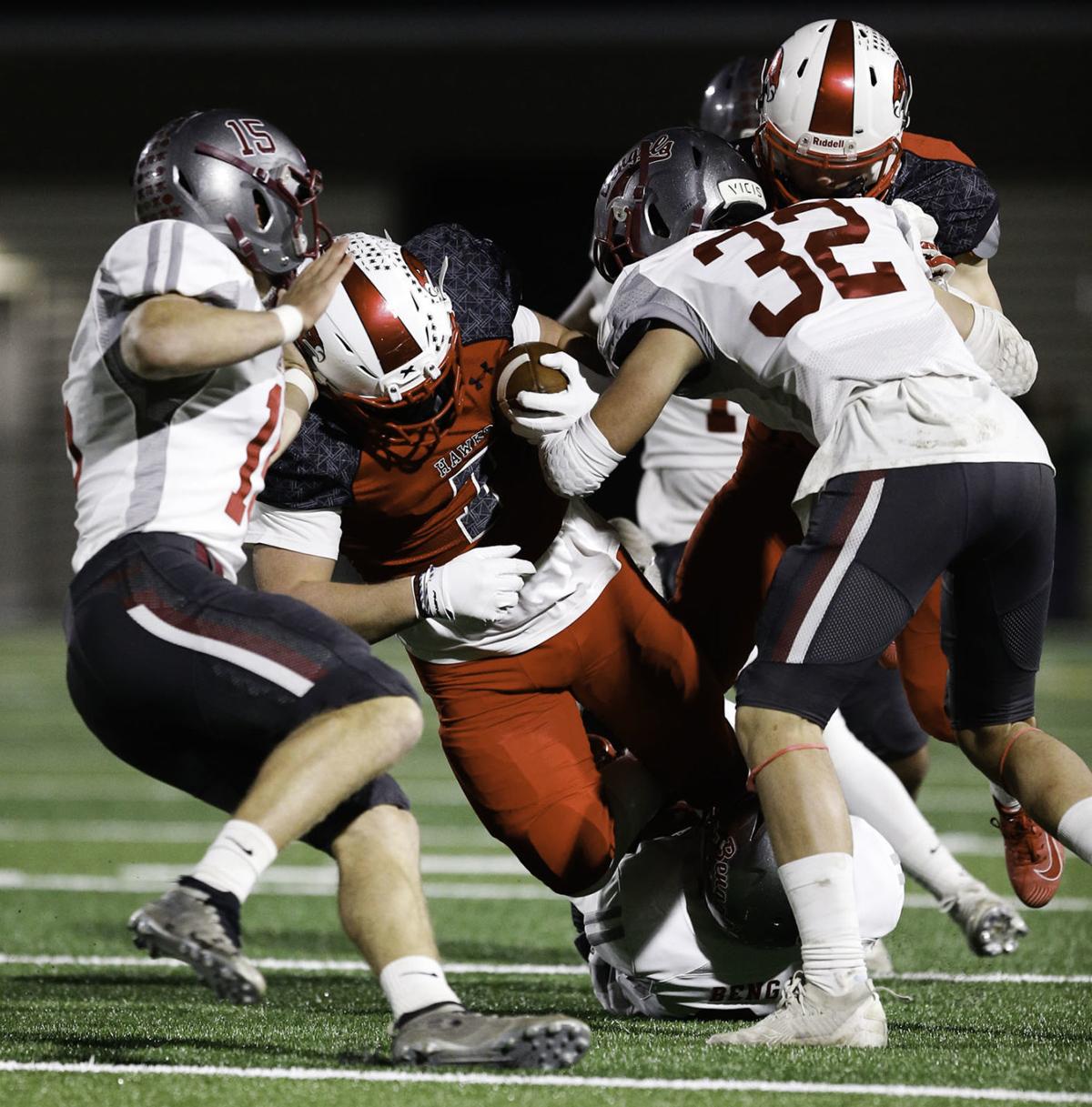 Helena High’s defense holds Bozeman short of a first down during the first quarter of Friday’s game in Bozeman. 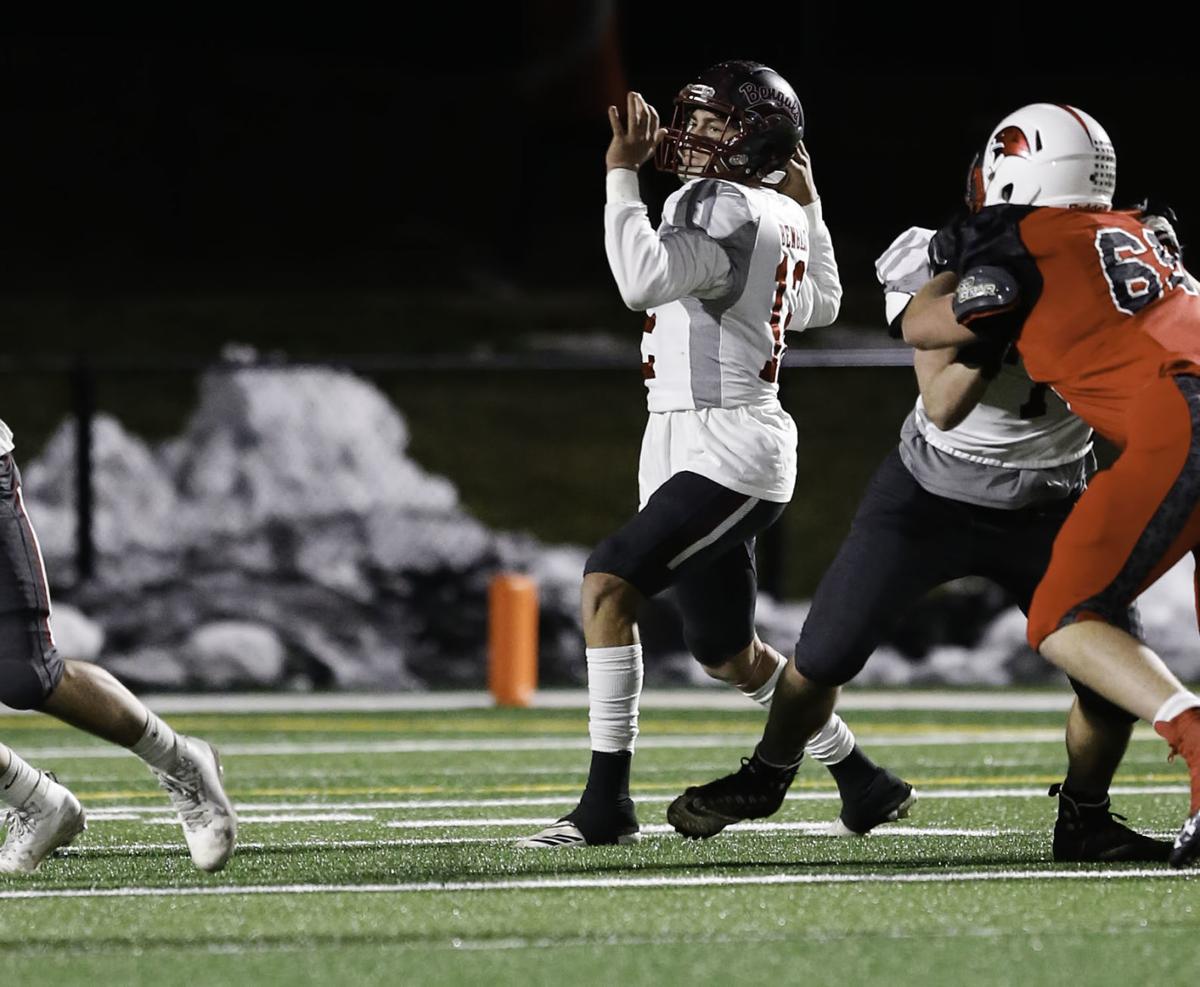 Helena High’s Kaden Huot delivers a pass to Colter Petre for a first down during Friday night's game in Bozeman. 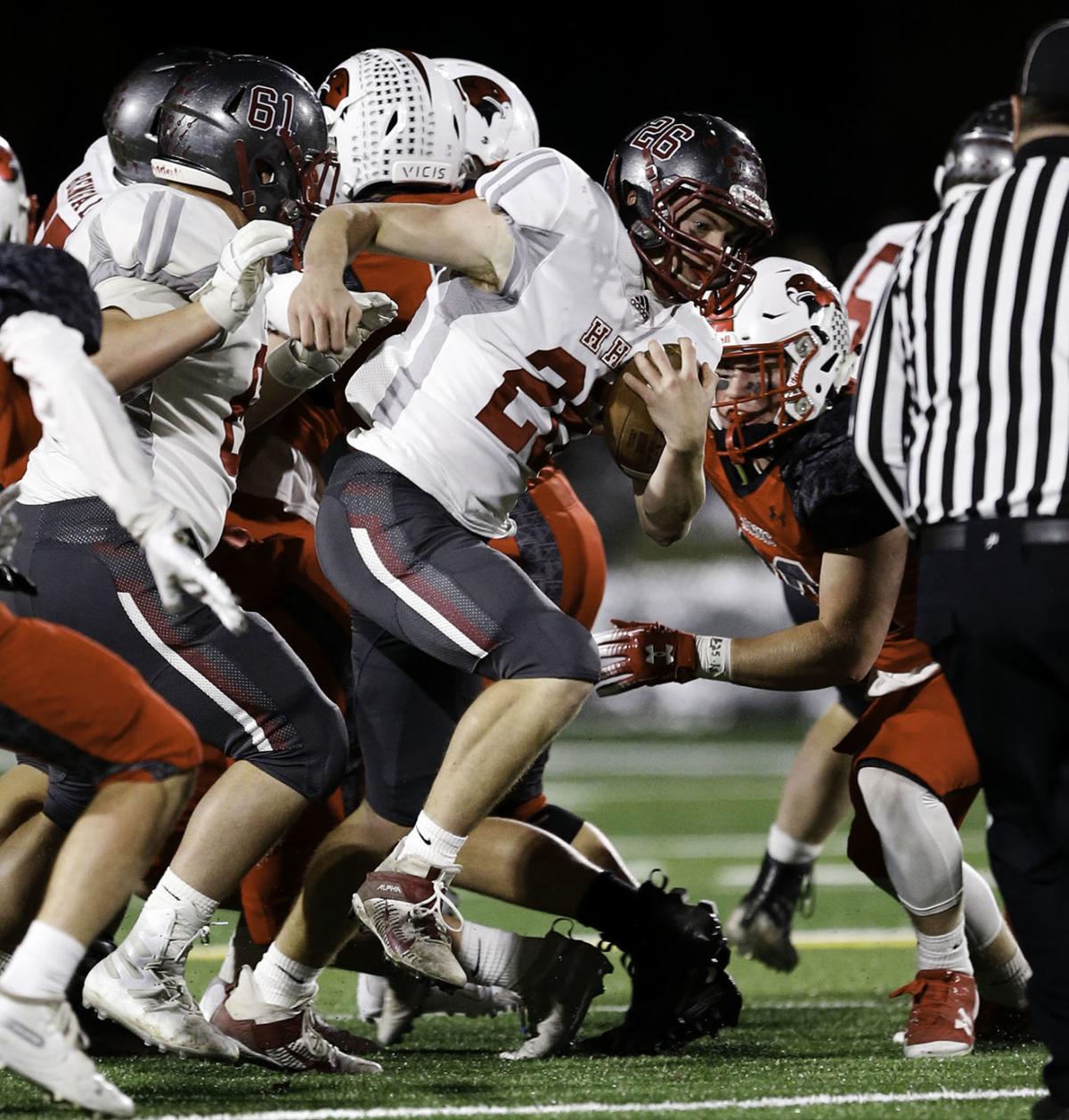 Helena High’s defense holds Bozeman short of a first down during the first quarter of Friday’s game in Bozeman.

Helena High’s Kaden Huot delivers a pass to Colter Petre for a first down during Friday night's game in Bozeman.

BOZEMAN — Every football game has a turning point and Friday night's Class AA playoff tilt between Bozeman and Helena was no different.

With the Hawks clinging to a 10-7 lead and Helena driving for what could have been a go-ahead score, Bozeman defensive back Carter Ash made a game-changing play.

Ash, a senior, broke on a pass by Helena's Kaden Huot and not only came away with an interception, but also returned it 55 yards for a touchdown, helping the Hawks seal what was eventually a 17-7 win.

"It was a defensive battle and those are huge because one play can change the game," Ash said. "It feels awesome and being surrounded by my teammates in the end zone was incredible."

Helena High made what looked to be a game-changer just a few minutes earlier.

Bengals defensive end Booker Perkins forced a fumble on a sack, giving Helena the ball deep in Bozeman territory down 10-0.

A few plays later, Raef Miller scored on a reverse from five yards out and suddenly, the Bozeman lead was down to three at 10-7.

Following a stop by the Helena High defense, that was the score heading into the fourth quarter.

That's when Ash delivered with a pick six that was more than just a turning point, it ended up being the dagger.

"That was obviously the play that broke the game," Bozeman head coach Levi Wesche. "Helena was really coming back in the second half and that defensive score just put us back in control of the ballgame."

Throughout the game, the defenses were in control as each offense struggled to move the ball and score points.

However, Kenneth Aiden provided some big plays offensively for the Hawks, including a 34-yard touchdown pass early in the second quarter to get Bozeman on the board.

That play was the result of a first down due to a special teams penalty on Helena. The Bengals were later called for a roughing the kicker, which led to three points after Bozeman stalled in the red zone.

In the second half, the Bengals kept battling. The offense advanced into Bozeman territory early in the third but the drive stalled and Helena turned it over on downs.

But, a few players later, Perkins came through with a strip sack. A first down pass to Kyler Tesch then gave the Bengals a first-and-goal before Miller scored.

"I am just so proud of these kids and the way they battled," Helena High coach Scott Evans said. "We played hard, we just didn't make enough plays. It's tough and our kids are hurting, but only one team can win in the end."

The Bengals had some chances in the fourth quarter, but came up empty on four drives, which included a fumble that was recovered by Bozeman with just a few minutes left, icing the win.

Jake D'Agostino threw one touchdown in the win for the Hawks, while Huot had one interception and no touchdowns for the Bengals.

Bozeman (9-1) will advance to the semifinals where they will head to Missoula Sentinel.

"Everyone just keeps doubting us," Wesche said. "I think a lot of people thought it was going to be an all-West semifinal. So we just have to keep improving and go from there."

For Helena High, the 10-point loss was a bitter pill to swallow, yet Evans was proud of his team's effort and especially proud of his seniors.

"This senior crew is one of the best we have ever had," Evans said. "They are resilient and I couldn't be prouder of our kids and the effort they gave until the last second."