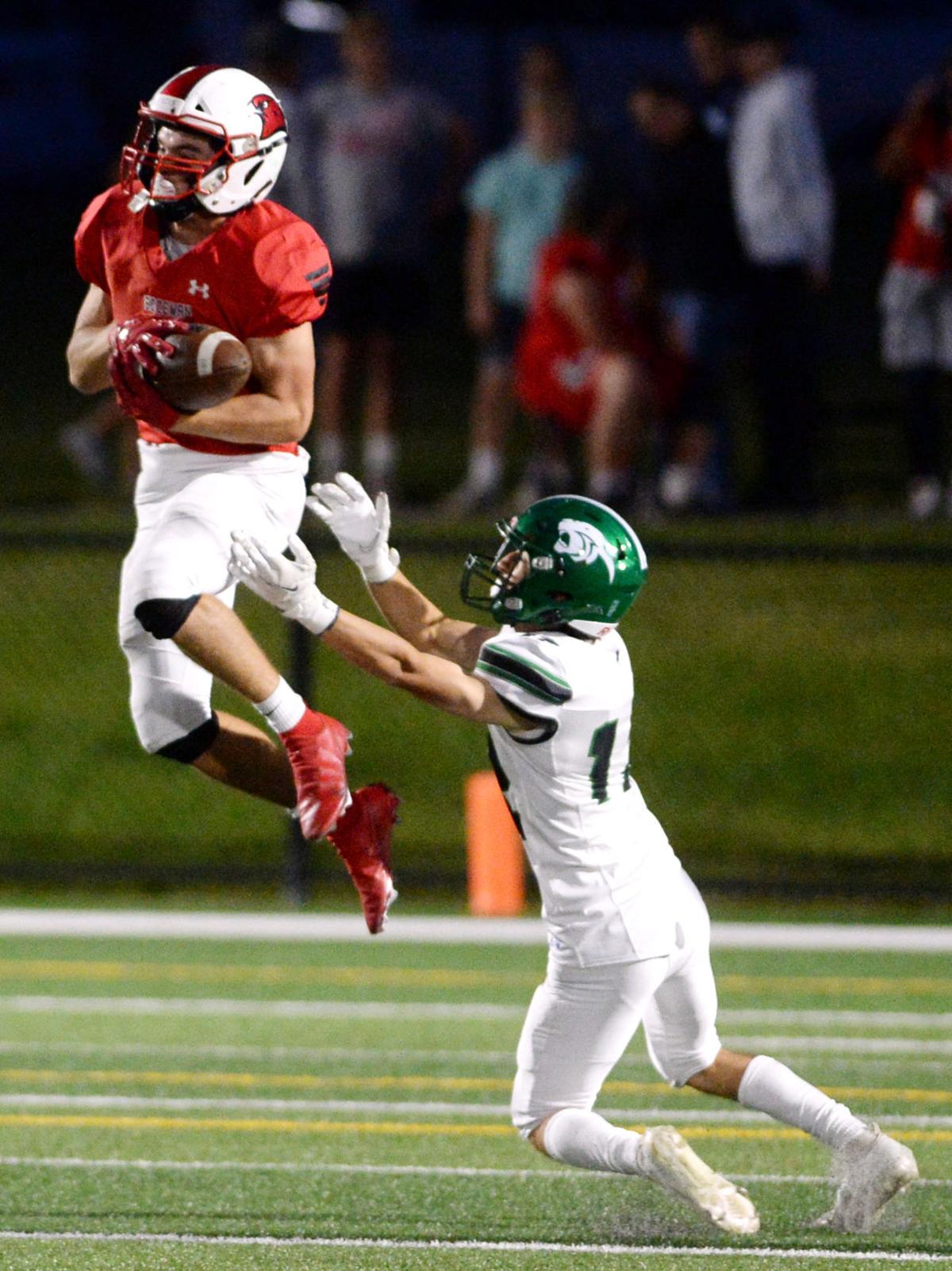 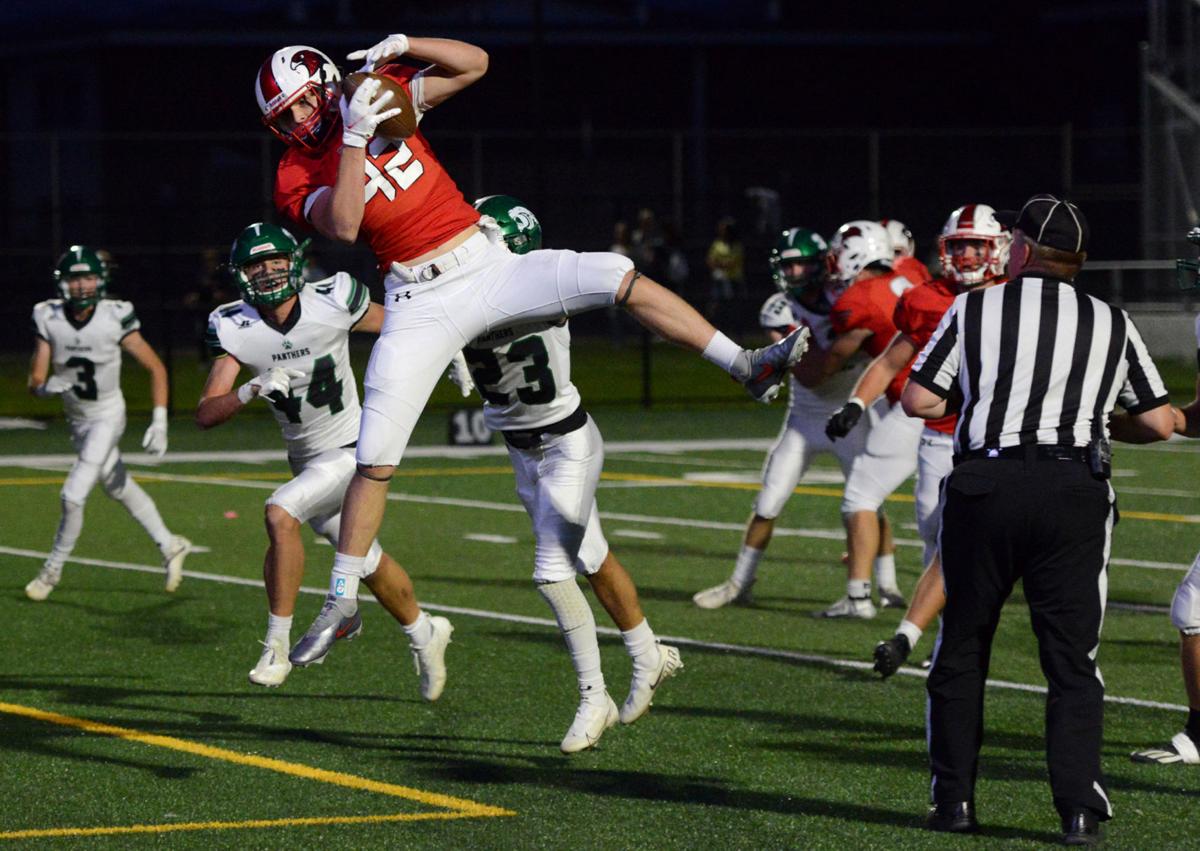 Bozeman’s Luke Smith catches a pass for a touchdown against Belgrade on Friday at Van Winkle Stadium. 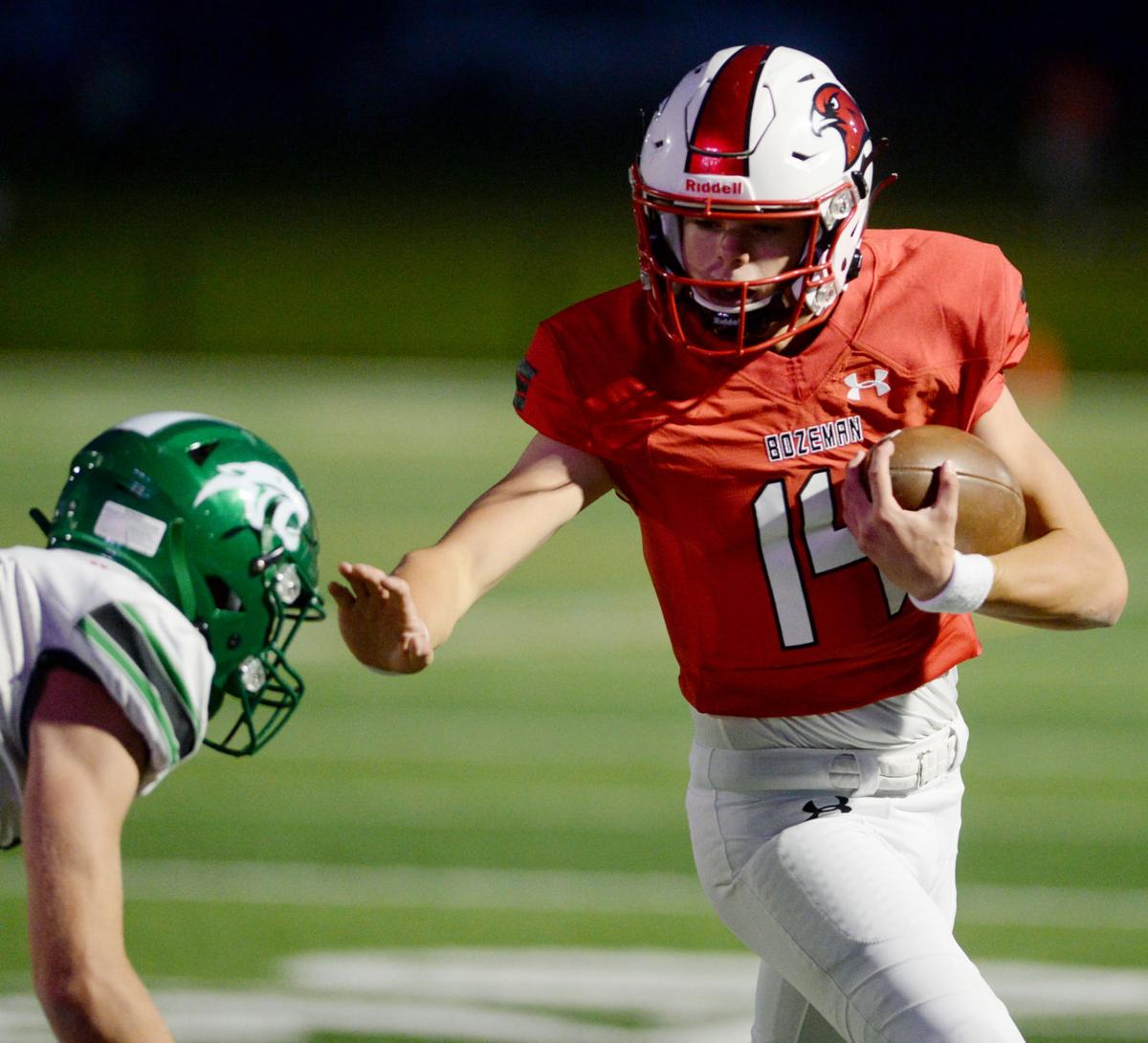 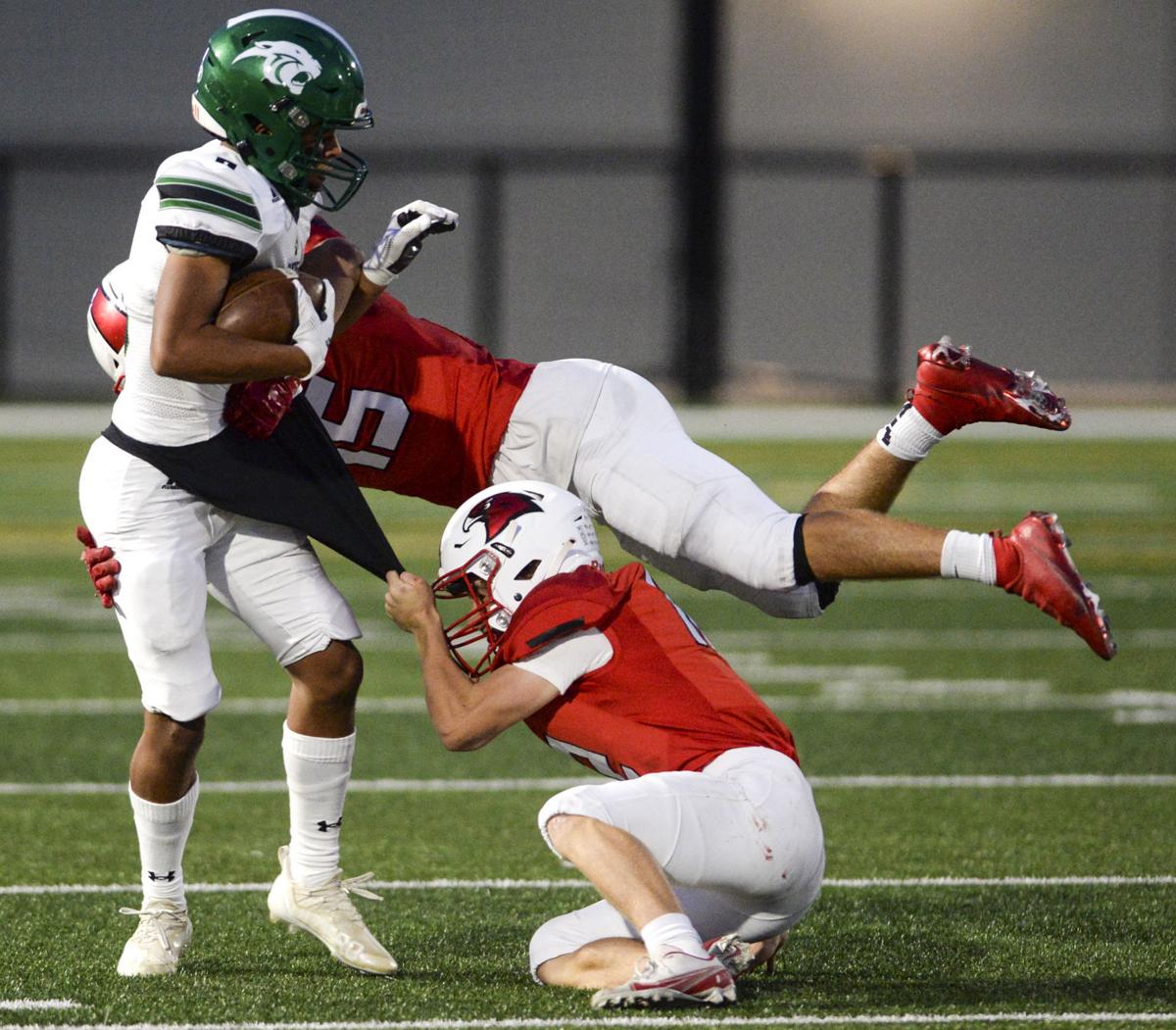 Bozeman’s Luke Smith catches a pass for a touchdown against Belgrade on Friday at Van Winkle Stadium.

BOZEMAN — Belgrade quarterback Diego Casas hoped to put points on the board right before halftime, so he slung a ball deep downfield.

On the other end, though, was Bozeman free safety Jase Applebee. He intercepted the ball at the Hawks’ 20-yard line, weaved around a few blockers and was eventually tackled at Belgrade’s 30 as the clock in the first half expired.

The play was the Panthers’ fourth turnover of the first 24 minutes. It didn’t do any real damage, but most of the damage was already done.

Bozeman’s defense was stout the entire evening, and the Hawks emerged with a 31-0 win on Friday at Van Winkle Stadium.

“We gave up a few plays here and there early that I wasn’t really happy about, but I thought we really settled in in the second half,” Hawks head coach Levi Wesche said. “For the most part they were really good tonight.”

Applebee, in his first season of playing running back, has been sensational for the Hawks. Entering Friday, he had 255 rushing yards and three touchdowns in the first three games. He also had a kick return touchdown last week at Great Falls. In addition to his interception that sent the Hawks into halftime with a 17-0 lead, Applebee also blocked a punt in the first quarter and scored a 1-yard rushing touchdown in the third quarter.

“It’s big because it completely changes the momentum,” Applebee said of the punt block. “It gets in our favor.”

For Wesche, it was the continuation of a trend he’s seen in the first month of the season.

“I think he’s been our best player for the majority of the year,” Wesche said. “He and (receiver) Bryson Zanto have really stood out as our primary playmakers. I actually believe we were running the ball really well while we were hurting ourselves with penalties. Jase had a lot of big runs.”

A former slot receiver, Applebee’s field vision and ability to break tackles has made him a reliable running back thus far.

“Throughout the summer I’ve just worked on reading the lanes and each game I’m just getting more experience, so it’s coming more naturally,” Applebee said.

Bozeman improved to 2-2 this season with a 2-0 mark to start Eastern AA play. Belgrade remained winless at 0-4 overall after committing five total turnovers.

“Those are killers. Those are game-changers,” Panthers head coach Eric Kinnaman said. “We went into this week knowing we had to have ball security, and that’s one thing that we did not have tonight.”

The teams traded possessions in the first quarter without any harm done — and that included a Belgrade fumble on the second play of the game. Bozeman wasn’t able to turn that miscue into any points, but Applebee’s blocked punt led directly to the first score.

Belgrade fumbled on its ensuing possession, but the Hawks couldn’t capitalize with good field position again.

In the second quarter, Applebee ran for two first downs on a drive that stalled at the 2-yard line. A penalty for too many players on the field pushed the Hawks back to the 7, where Rocky Lencioni kicked a 25-yard field goal for a 10-0 lead.

After a Panthers punt, Bozeman pieced together one last scoring drive of the half. The biggest piece was a 37-yard pass from CasaGranda to Avery Allen into the red zone. Applebee followed with a first-down rush to inside the 10. After a pair of short runs, CasaGranda found Luke Smith on a 4-yard jump pass to create a three-possession game at the half.

Wesche said that play was a fixture during the week’s practices, and he was pleased to see it executed.

“I was really happy for Luke,” he said. “That’s his second varsity touchdown.”

The Hawks had other opportunities to score — including a long pass from CasaGranda to Zanto at the end of the first quarter that would have been a touchdown if not for a holding penalty. The damage halfway through could have been worse.

“I thought at times we lost a little focus,” Wesche said. “We just never really got into a good rhythm on offense because of the penalties.”

In addition to the blocked punt, Bozeman had further success on special teams in the fourth quarter as Allen returned a punt about 35 yards for Bozeman’s final score of the game.

The shutout was imperfect, but it still put Bozeman’s record back to even. The Hawks hope to continue to build from here.

“Every game in the AA is hard. There’s not a lot of wins to get in the AA, so every game matters,” Applebee said. “Every game is just as important to us.”