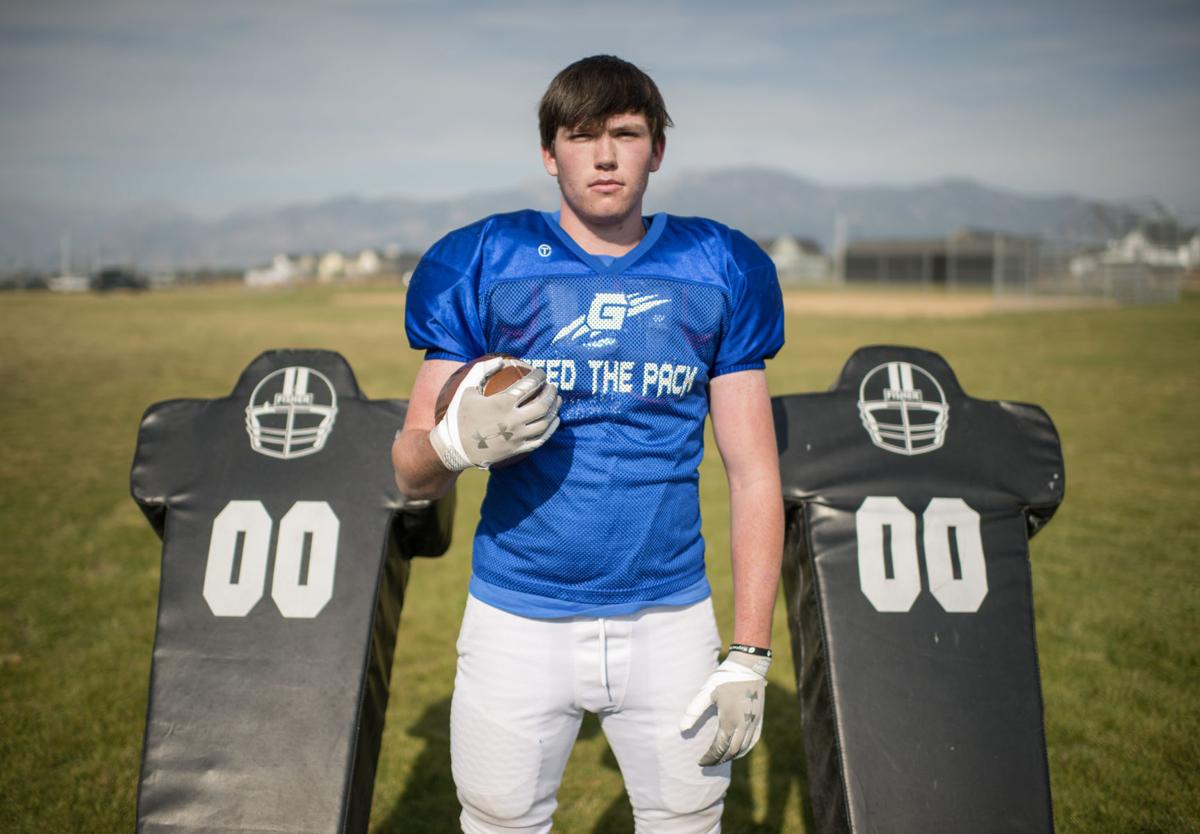 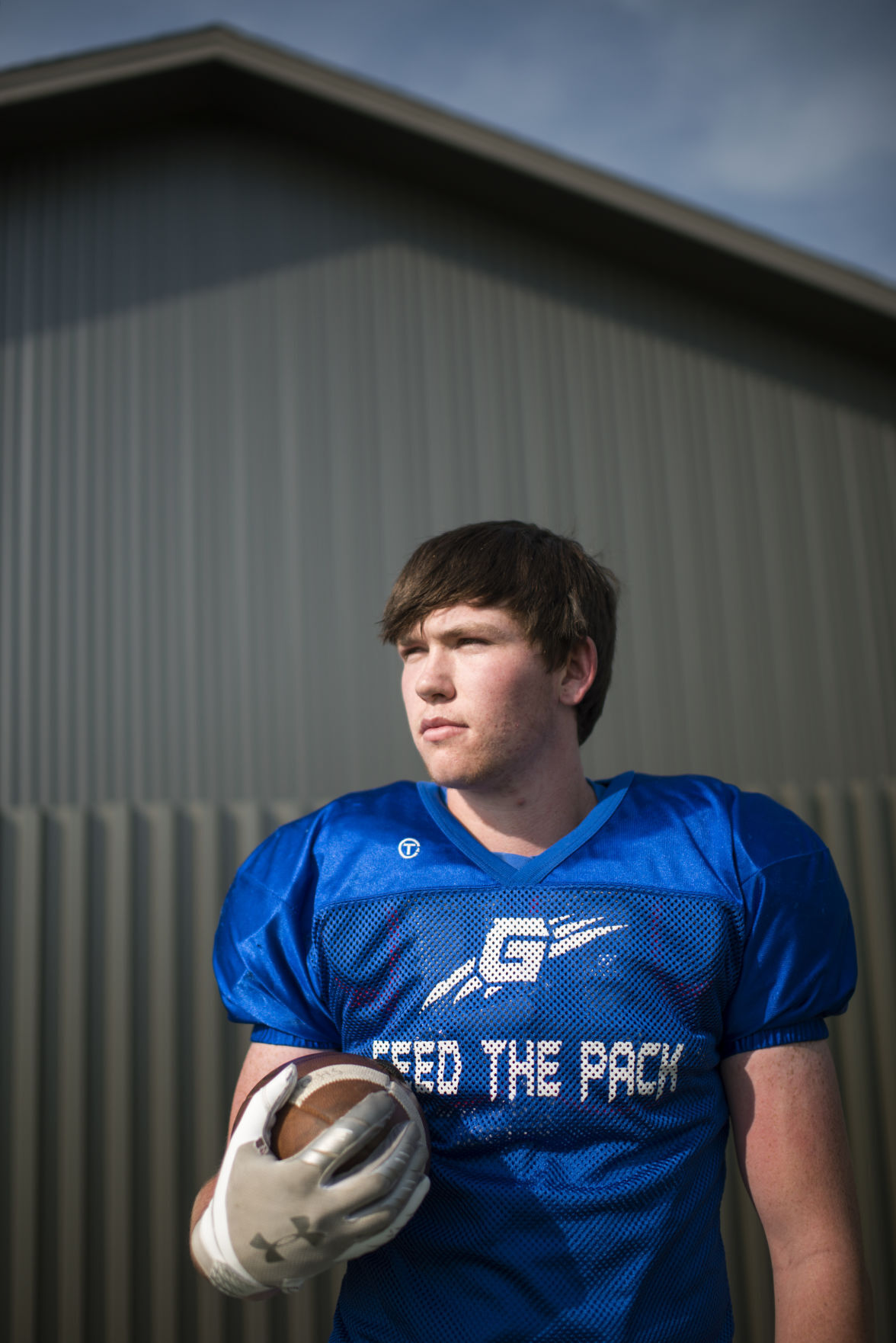 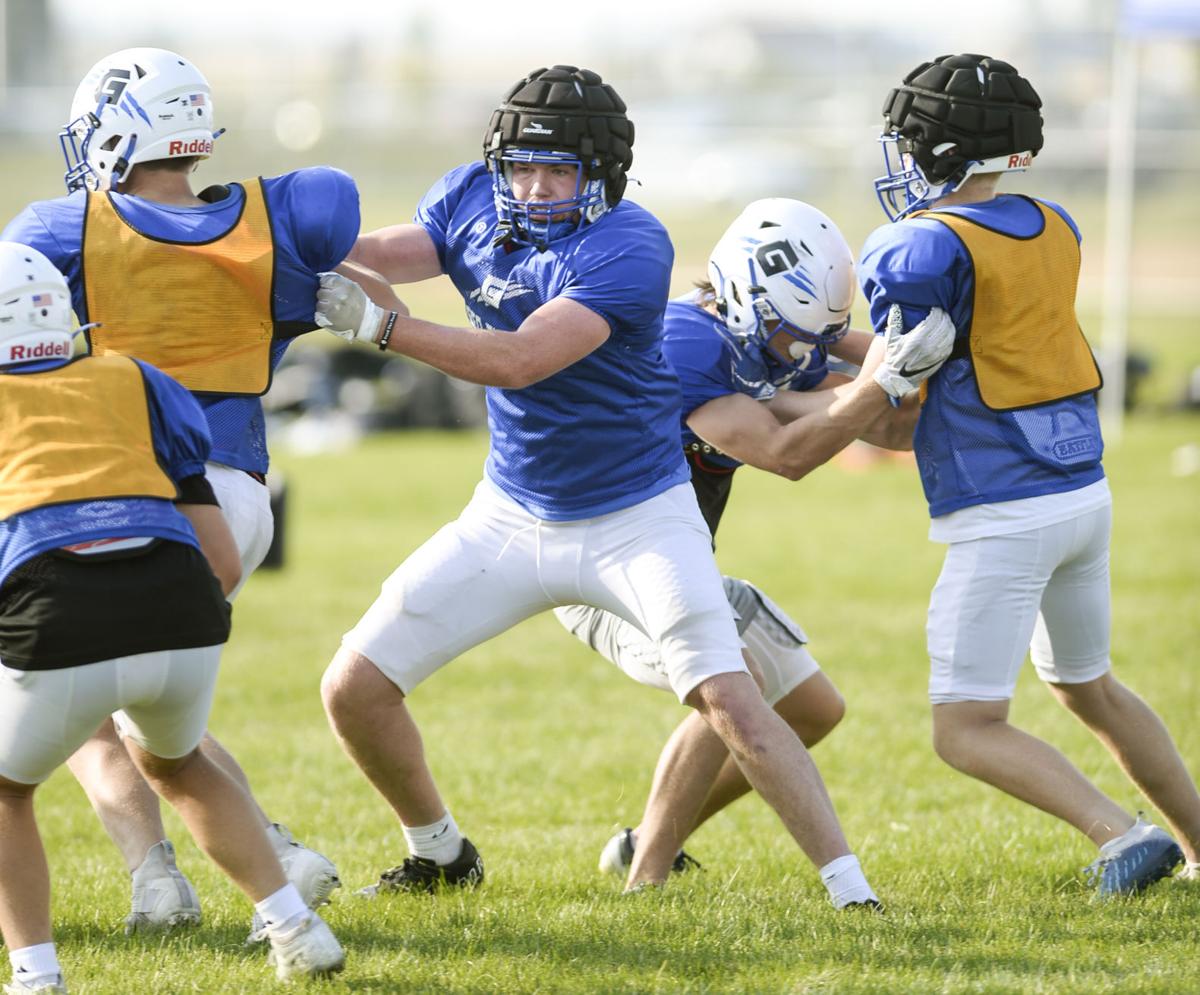 BOZEMAN — Rylan Schlepp enjoys the kind of work others bemoan.

On his family’s ranch near Brady, the Gallatin senior during the offseason — and sometimes on weekends during the season — brands cattle, tends to crops or works on farm equipment. He takes pride in it, and it’s helpful to his family.

As a tight end for the Raptors, Schlepp relishes pass blocking and run blocking because it helps his teammates.

Gallatin head coach Hunter Chandler said Schlepp toiled in the offseason to become better at that responsibility. He’s stronger and faster, making him an even tougher receiver to defend on plays when he doesn’t stay home to block.

Chandler said Schlepp’s size — 6-foot-4, 235 pounds — and athleticism, along with his work ethic in the classroom, on the football field or on the family ranch, combine to make him a player any college would want.

“He just does everything you need him to do,” Chandler said. “I’m not really sure what more you’d want.”

After a second-team all-state season as a junior, Schlepp committed over the summer to play for Montana State and new Bobcats head coach Brent Vigen.

His college decision came about two years after breaking his leg during Bozeman’s scrimmage his sophomore year. Schlepp planted on his right leg awkwardly after taking a hit from a linebacker while attempting to make a catch. He said the tibia slipped out of place, and he had surgery the next day, forcing him to miss the season.

He has since become healthy and built himself up into an all-state player and an offensive leader for a Gallatin team that is 2-0 heading into Friday’s matchup against Billings West (1-1) at Van Winkle Stadium.

“I’ve always wanted to play college football,” Schlepp said of his commitment. “I knew I would have to work my butt off to do that.”

Schlepp has never shied away from hard work. His teammates are quick to notice that.

Chandler said the team intends to have Schlepp play less on defense this season to keep him more fresh for offense.

“I think he’d perform just as well if he was playing defense because he’s incredible in that way,” Raptors quarterback Braeden Mikkelson said. “He really works on the details. I think he pushes himself really hard and wants to be perfect and wants to be the best. That’s what sets him apart from all the other guys in the conference.”

Schlepp proved to be a favorite target of Mikkelson’s in Gallatin’s 49-7 win last week against Kalispell Flathead. The tight end caught five passes for 78 yards and three touchdowns.

“It just kind of happened that I got open and Braeden threw great balls to me, and I was able to punch it in,” Schlepp said. “We just got our timing down on our routes, and we’re great friends too, and I think that plays a part in it.”

“He didn’t really get his (against Big Sky), but our team won, and there was not a word,” Chandler said. “You couldn’t tell the difference, and that’s not normal.”

Given Schlepp’s talents, he will likely be a prominent figure in Gallatin’s offense through the rest of the season.

“I think our offensive coordinator (and former Montana State all-American) JP Flynn does a great job of designing stuff to get him the ball,” Chandler said. “He’s kind of a matchup problem. He’s too big and too fast for most linebackers, and he’s too big and too strong for some of those (defensive backs) to handle. Either way you look at it, we like our matchup with him, especially if we get a one-on-one. We’ll take that every day of the week.”

When he wasn’t working to become a better football player during the summer, Schlepp was at the family’s 5,000-acre ranch that holds 400 cattle and fields of barley, wheat, chickpeas and lentils. He doesn’t consider the responsibilities on the farm as work, though. Schlepp is more sore after a football game than after a day of ranching.

After doing it for as long as he has, Schlepp has come to appreciate what an honest attempt at hard work can yield.

“When you plant something in the ground and you see it grow up, everything is on you,” he said. “If you mess up, your crop’s not going to turn out. If you don’t vaccinate a cow, it’s not going to reach its full potential. I just like how it’s all on you.”

This mindset applies to his football career, too. Time and again, Schlepp has built himself up into what he wants to be.

In the weight room by 6:30 a.m. five days a week, Rylan Schlepp illustrated the inspiration he felt since he was young.