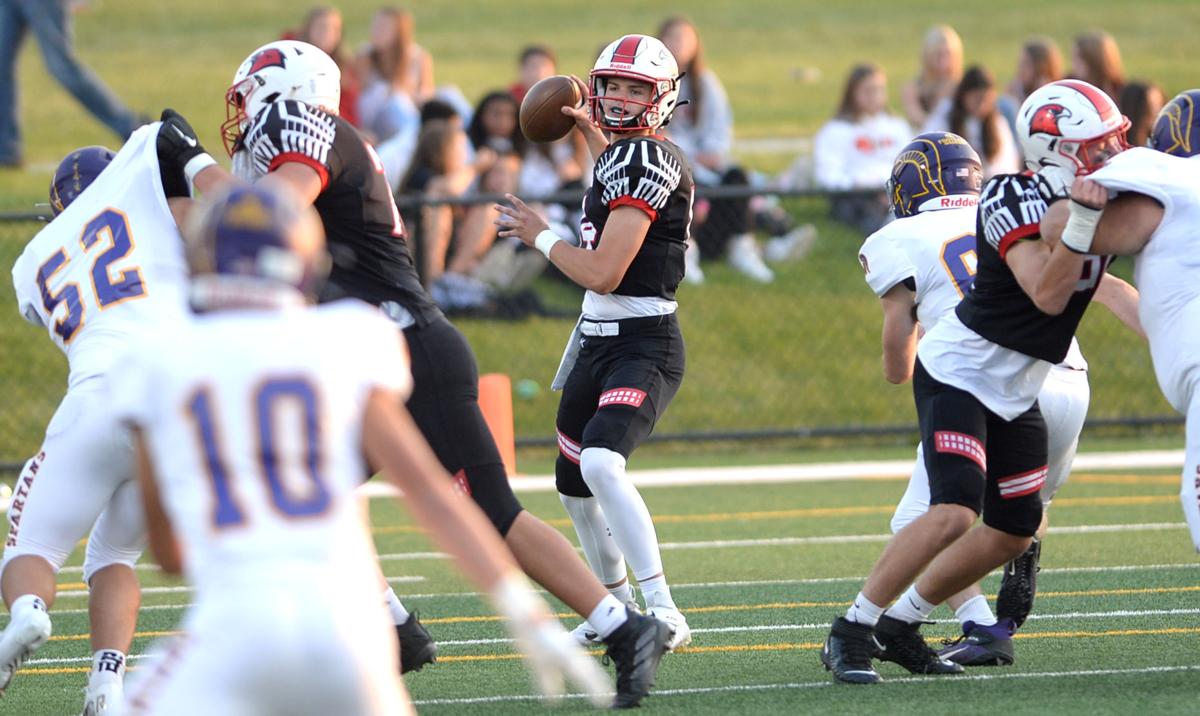 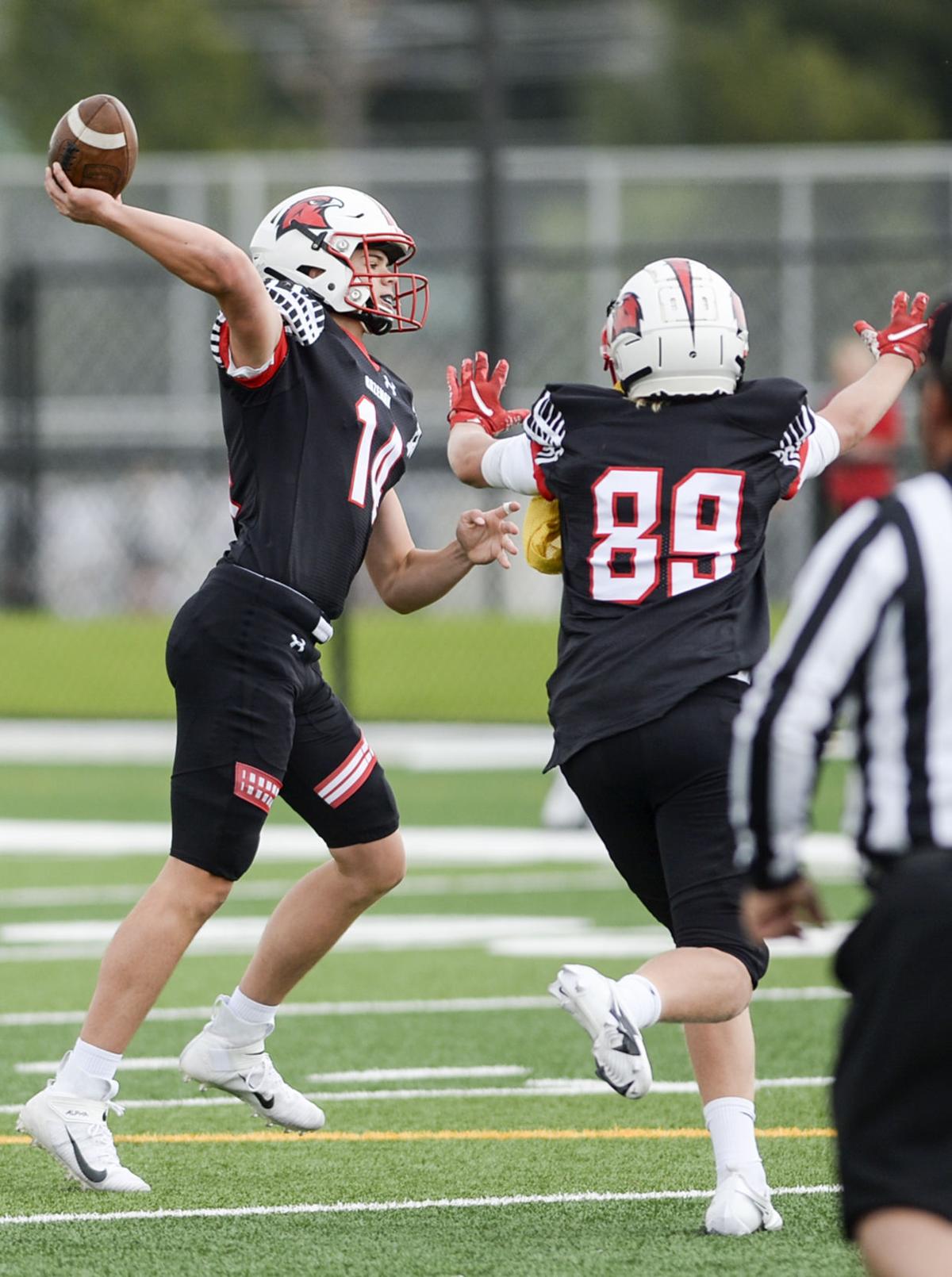 BOZEMAN — Through his first three games as a varsity quarterback, Jake CasaGranda has looked every bit the part.

The Bozeman junior impressed his coaches and teammates during the summer with his ability to protect the ball and find open receivers. That’s continued into the early part of the season, and the Hawks offense is looking crisp as a result.

CasaGranda completed 17 of 26 passes last Friday against Great Falls, finishing with 253 yards and three touchdowns — two to Bryson Zanto and one to Avery Allen. The Hawks will again look to CasaGranda to move the ball against Belgrade at 7 p.m. Friday at Van Winkle Stadium.

The quarterback said he felt ready for the job after the team’s first game. That adjustment has gotten better with each outing.

“Every game has been easier so far,” he said. “I’m just more comfortable with the speed of the players, just getting more used to it.”

Last week’s win was Bozeman’s first after an 0-2 start with losses to Helena Capital and Missoula Sentinel. Against Capital, CasaGranda was sacked and fumbled in the game’s final moments, which his coaches chalked up to trying to make a play with time running out. Against Sentinel, he threw his only interception of the season so far.

CasaGranda has completed 49 of 70 passes, and he’s tossed five touchdowns.

“I don’t know if we’ve ever had a quarterback start off the year with as high of a completion percentage as Jake has so far,” Hawks offensive coordinator and quarterbacks coach Robert Boyle said. “He’s not getting flustered in the pocket, and he’s getting ready to throw the ball on time. That’s been a big thing. He’s getting the ball out on time when people are breaking open.”

Both Wesche and Boyle would like to see CasaGranda use his athleticism a little bit more on option plays when he keeps the ball. But as far as the passing game is concerned, the quarterback has done everything asked of him.

Everett Carr, a fellow junior and the team’s left tackle, said the throwing ability CasaGranda displayed on JV made it obvious he would have a chance to be a varsity starter one day. This year, he sees the quarterback exhibit confidence that is so vital to the position.

Carr said CasaGranda’s work ethic is evident and is picked up by the rest of the team.

“Just the drive to get better, I think that carries over to us too,” Carr said. “We see him improving every day, and he helps us improve every day too.”

Wesche is hopeful the soft-spoken CasaGranda grows into more of a vocal leader over time, but he has so far done an admirable job of leading by example. He watches hours upon hours of film in his efforts to get better.

“He’s very well prepared. He wants to run the offense well,” Wesche said. “He’s a pretty quiet kid, to be honest. He just wants to do his job to the best of his ability.”

Even if CasaGranda is not the loudest of quarterbacks, he wants to make sure the offense keeps moving forward by building on its past successes. The Hawks got their first real taste of that against Great Falls.

“We’re putting drives together, we’re scoring, we’re not just going three and out,” he said. “You can build on good plays and just keep getting better.”

CasaGranda said Wesche and his other coaches are encouraging and have asked him to not place too much pressure on himself.

“Just play. Don’t think about it too much,” CasaGranda said of his mentality.

Wesche said it would have been easy for CasaGranda’s confidence to be shaken following the first two games of the season. It wasn’t.

“I think he’s always had really good belief in himself,” Wesche said. “I think more than anything when we were losing, he felt like he was the reason we were losing, which is far, far, far from the truth. He was not the problem. I think he got better offensive line play this last week and all of a sudden he throws for three touchdowns and 250 yards.

“And you can see, when he’s protected, what he can do.”

Bozeman posted a 36-21 win Friday evening at Great Falls to earn the team’s first win of the season and move to 1-2.