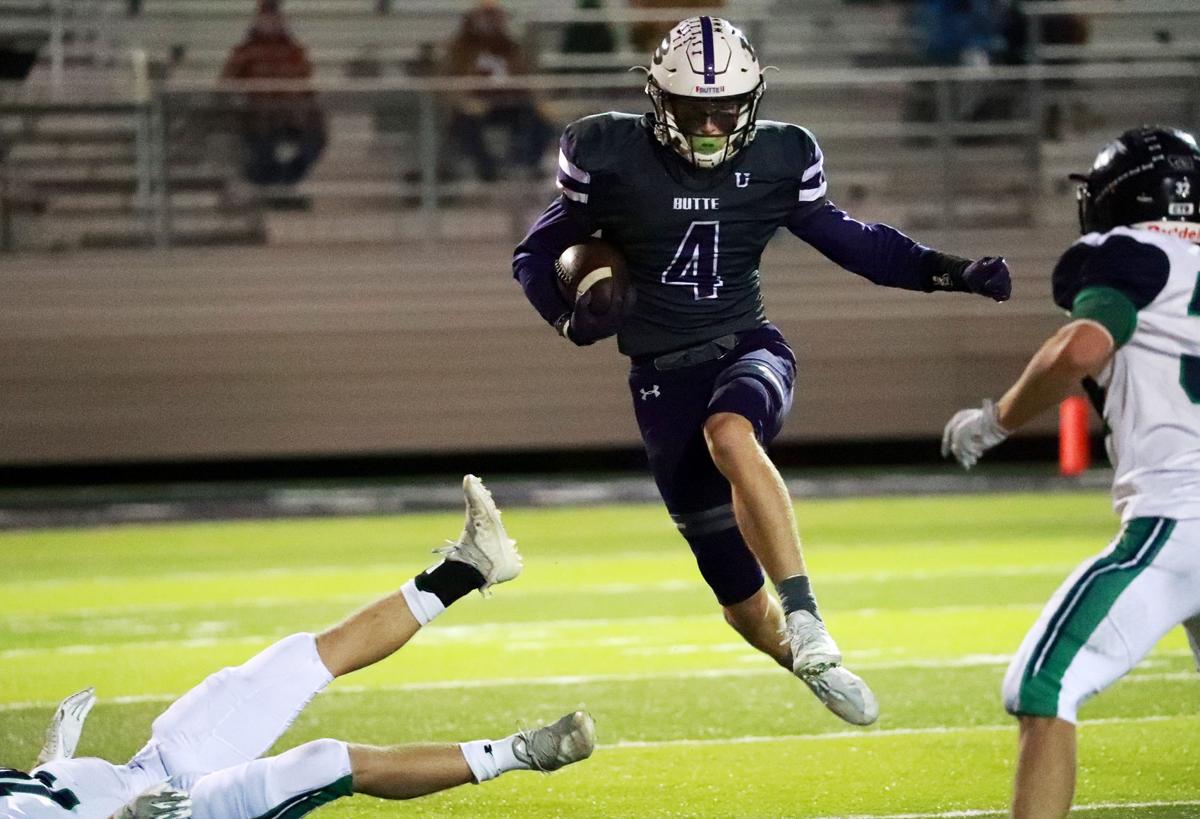 Dylan Snyder carries the ball during the first quarter during the Bulldog's home game against Glacier last Friday. 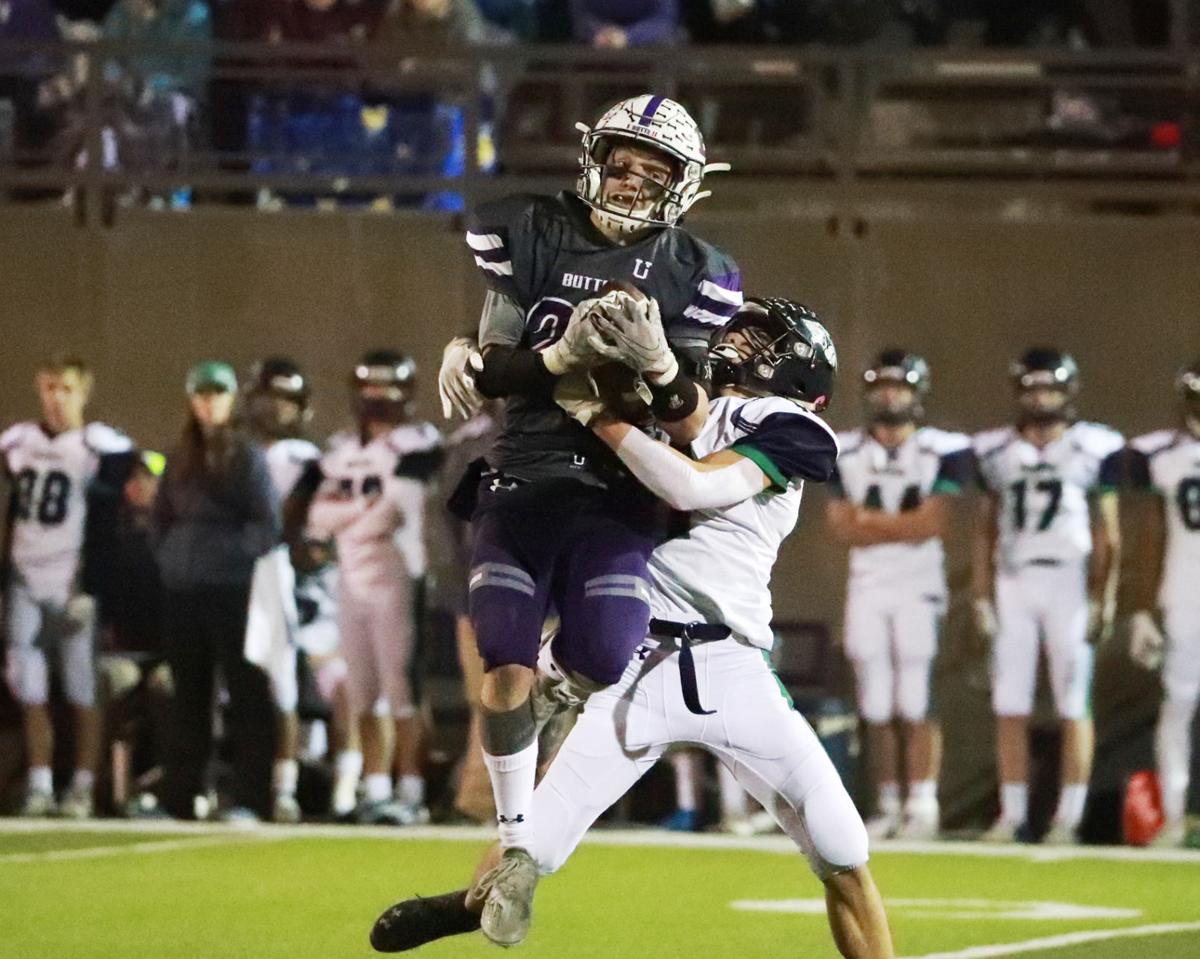 Butte's Wiley Dallaserra makes a catch during the first quarter of the Bulldog's home game against Glacier last Friday. 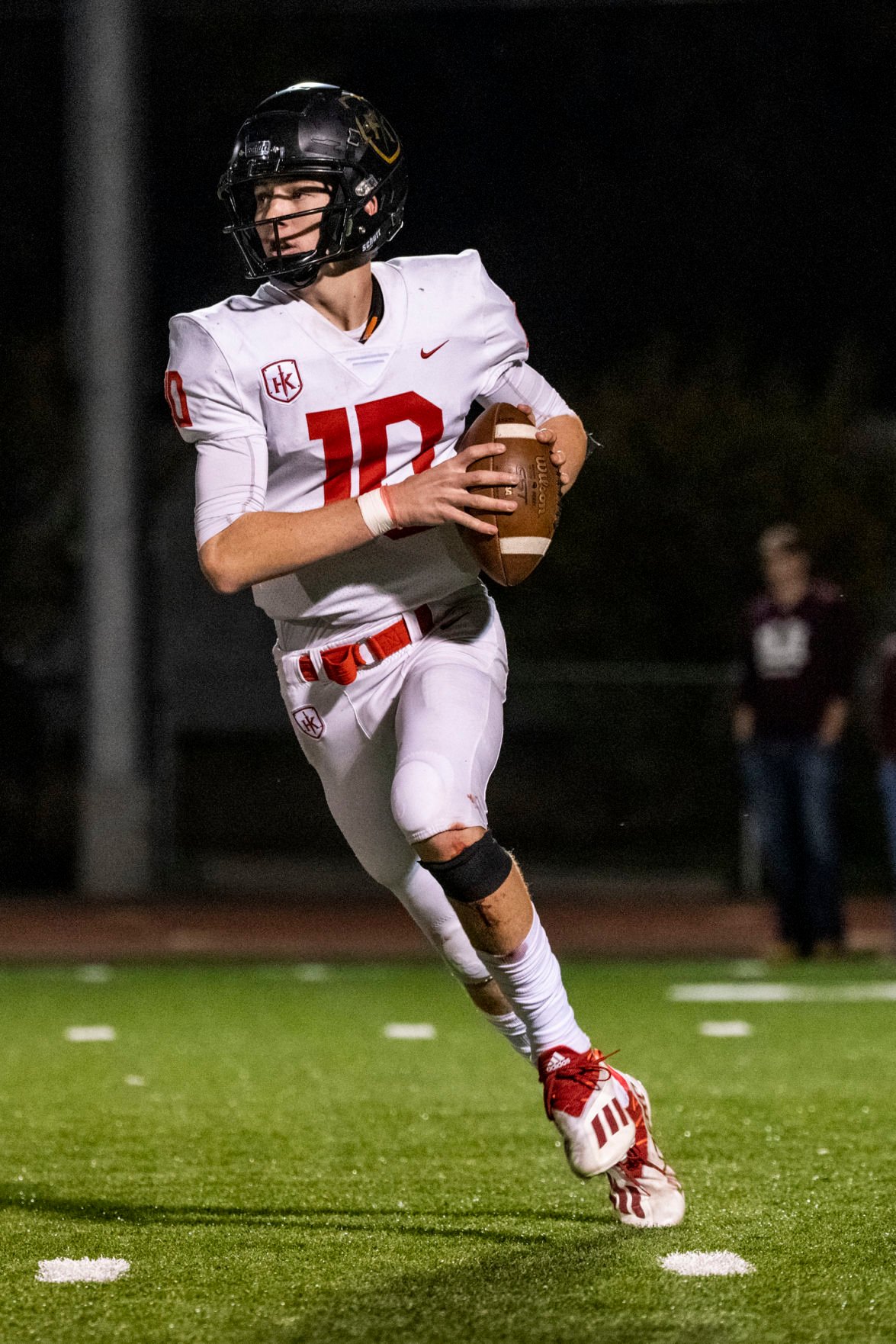 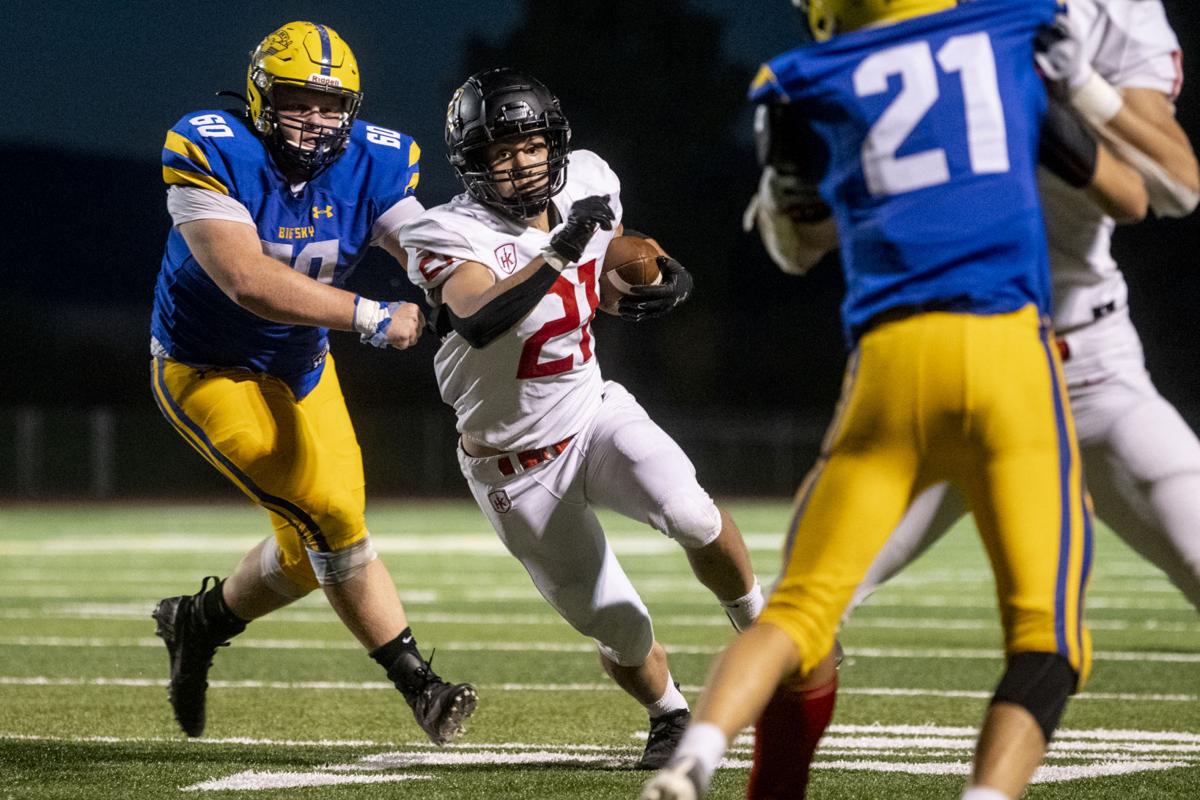 Dylan Snyder carries the ball during the first quarter during the Bulldog's home game against Glacier last Friday.

Butte's Wiley Dallaserra makes a catch during the first quarter of the Bulldog's home game against Glacier last Friday.

BUTTE — The Bulldogs had a short week of rest after their big win over Kalispell Glacier last Friday. With momentum in their favor, Butte will travel to Missoula for a Thursday night game against Hellgate at 7 p.m.

Last week's game took a full four quarters of effort from the Bulldogs, but playing a day early has not affected the team's stamina in practice, according to Butte head coach Arie Grey.

"Both teams are in the same boat, the only difference is that we'll hop on a bus. But a lot of people get into vehicles for vacations and it works out for them," Grey said. "It'll be a business trip for us, but we're going to have some fun and play some football."

Missoula Hellgate (2-4) is on a two-game losing streak after its 48-6 loss to Helena Capital last week.

The Bulldogs forced a safety at the end of their last game to defeat Kalispell Glacier 20-17.

While the Knights' offense struggled last week, Grey praised their air-attack led by quarterback Connor Dick. He had more than 250 yards last week in addition to 69 yards on the ground.

"They're like a 70-30 passing team, you know, they can really throw the ball," Grey said. "Good quarterback, good running back, they're just a good offensive football team and their defense is really in your face. We're excited for that challenge."

Multiple players have made a significant impact for the Bulldogs this season. Jace Stenson has looked comfortable and effective as a mobile quarterback, Dylan Snyder has been a consistent receiver and Gavin Vetter has turned broken plays into gains on the ground.

Stenson passed for 177 yards, rushed for 84 yards and scored two crucial touchdowns last week. Gavin Vetter led all rushers with 177 yards in a game where the Bulldogs remained focused throughout.

"Guys like Dylan Snyder, they just play hard," Grey said. "Gavin Vetter runs hard. You know, Gavin has runs where he'll get hit in the backfield then turn it into five yards."

"The offense line played fantastic," Grey continued. "A lot of guys just stepped up, defensively you look at those guys and they played extremely well for us. They're just playing for each other and you love to see it."

While individual players are having breakout seasons, Grey said the most important factor is the togetherness and fighting spirit of the team. He said he can't believe how much his team has continued to improve and play together.

An example of the team's continuous progress occurred last week where the Bulldogs trailed for most of the game. It was because of the team's unity that they came up with the win, according to Grey.

"They kept believing in each other more as the game went on," Grey said. "They looked to their right and to their left and believed in each other. We had some luck too, but the whole group of young men are fighting for each other, caring about each other."

"Really, that's what this is about, playing together with your buddies," Grey continued. "These are moments they don't get back. You're only promised a couple games a year so they're making the most of it and having fun."

Grey also said that the Bulldogs have great leadership on the special teams through senior Casey Kautzman. He drilled a 45-yard and a 35-yard field goal against Glacier last week.

But Kautzman's kicking talent is only one aspect of his game. Grey said he supports the other players on the special teams unit, which has strengthened the togetherness also present on offense and defense.

"Casey's very special. What he's done as a freshman through every year, he's learned the little nuances of being a kicker," Grey said. "He's a leader on special teams and it's so fun to watch. The things he's done for his game, his teammates' games and how he cares for them is pretty neat."

While the Knights only scored six points last week, their offense should not be taken for granted. They scored 62 points against Kalispell Flathead and 42 points against Belgrade.

After Thursday's game, the Knights will close out the season with a road game against Kalispell Glacier. The Bulldogs will host Missoula Sentinel on Oct. 1 to close out the regular season.