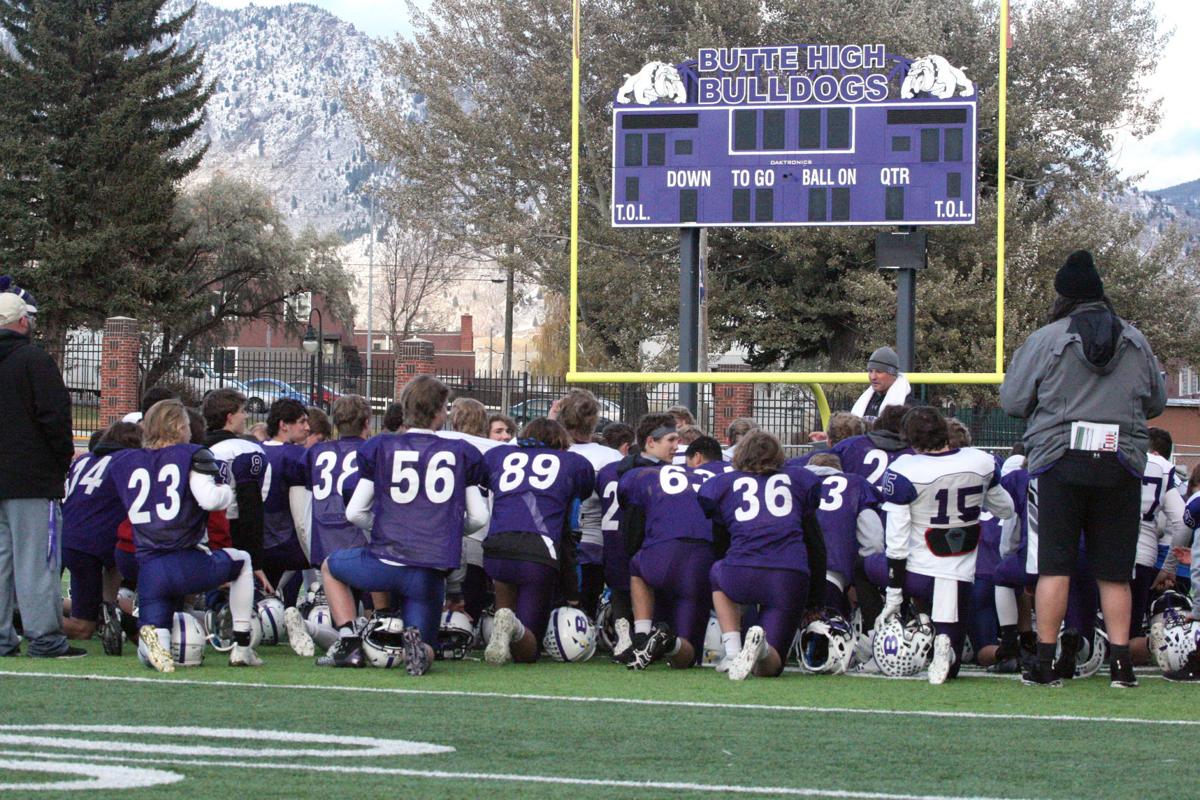 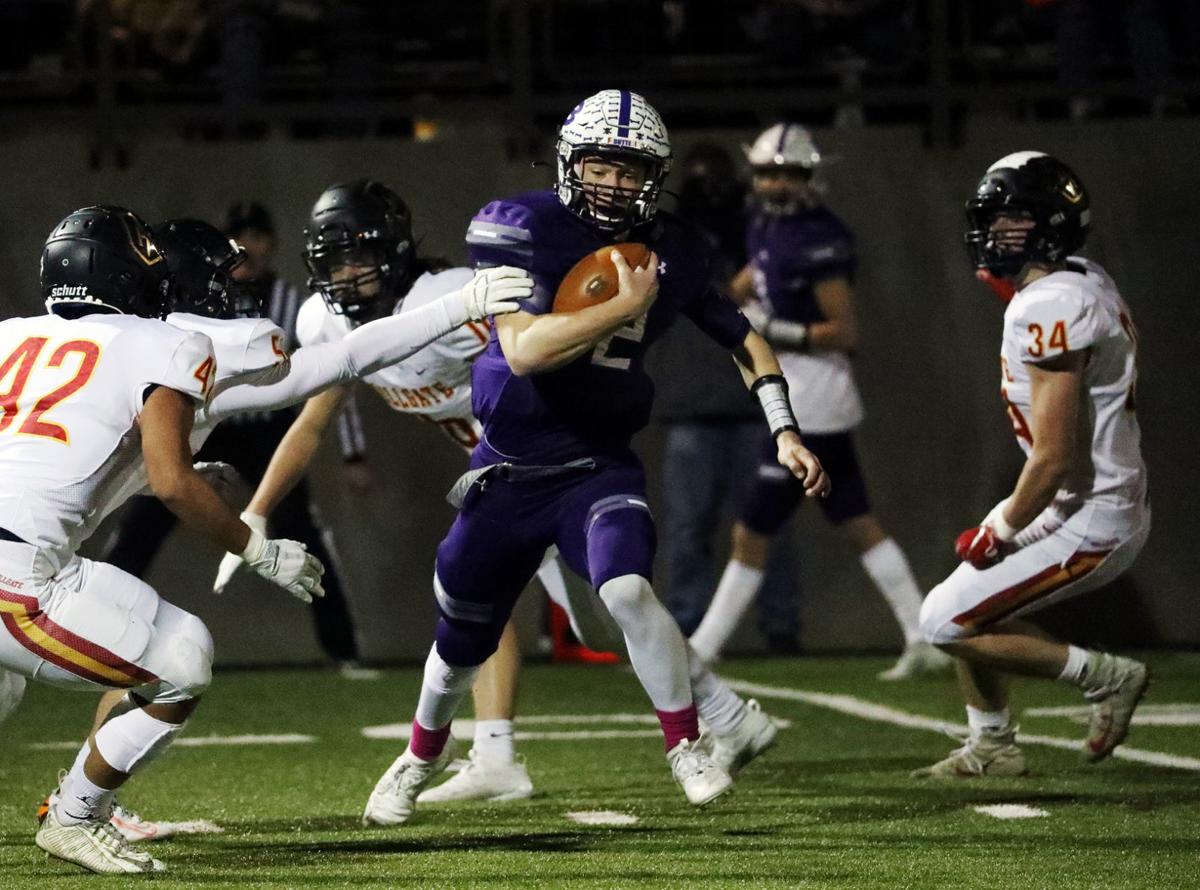 BUTTE — If there is one place to be in Butte Friday night, it’s Naranche Stadium.

The fruits of Butte’s first undefeated season since 1992 resulted in a bye week during the Class AA playoffs’ opening round, but the Bulldogs are back in action after the brief break as Glacier comes to town with hopes of revenge after the Wolfpack’s 55-28 loss at the hands of Butte back in September.

With the rare combo of a bye week, as well as playing a team for the second time, one might wonder if head coach Arie Grey and the Bulldogs would prepare differently.

While Grey admits that there are differences, the key to a win in this type of situation is through the routine execution that the Bulldogs have displayed all year.

“It’s funny how much [the bye week] gets brought up,” Grey said. “I’m a huge fan of it. It gave us a great opportunity to get back to basics, install some stuff we wanted to, and focus on ourselves. It also allows us to rest. But the bottom line is that we are champing at the bit and we’re ready to play. We’re excited.”

Butte and Glacier have had starkly different journeys between their initial meeting and Friday night’s rematch. While Butte’s undefeated season has made headlines and put the Bulldogs in a high-profile situation, Glacier’s journey has been a bit more convoluted.

However, after a 4-5 regular season, Glacier hit the road against a drastically improved Great Falls team and overcame an initial deficit where the Wolfpack scored 20 late points to ensure a 33-24 comeback victory over the Bison.

The rematch aspect of the Bulldogs’ first playoff game does play a factor, Grey mentioned, but he also acknowledged that both teams have improved since Butte’s road win over the Wolfpack.

“It gave us a chance to go back and look how we played against Glacier,” Grey said. “We’ve gotten better, and they’re playing a lot better football than when we first played. They’re familiar, we’re familiar, but it still comes down to blocking, tackling and controlling the line of scrimmage. Playoff football is all about running the ball, and both teams have good rushing attacks.”

Expect to see a physical contest with a lot on the ground, but Glacier’s key cog has been junior quarterback JT Allen, who has provided a much-needed explosiveness to the Wolfpack offense.

Allen has thrown three or more touchdowns on four different occasions this season, including Glacier’s loss to Butte in the fourth game of the season.

Grey mentioned that limiting Allen has been addressed when Butte has looked at the film of Glacier’s season, but that the Wolfpack’s improvement as a team plays a major factor to Allen’s success

“He’s settled in as the year’s gone on,” Grey said. “They do different things with the wildcat and try to give you a bunch of different looks. There’s a lot to prepare for with them. A lot of it has to do with the team playing a lot better and him getting comfortable.”

The difference in the first matchup between the Bulldogs and Wolfpack was Butte’s ability to quickly rack up points and establish an early lead over their opponents, which has been one of the Bulldogs’ biggest strengths over the course of the season.

Butte’s average lead heading into halftime this season has been a staggering 20.7 points. Grey’s team has only trailed at the midway point once all season, in the 39-36 comeback win over Missoula Sentinel in the Bulldogs’ fifth game of the season.

Exploding off the starting block is something Grey has stressed over the past two weeks, as he has all season.

“It’s like any other game,” Grey said. “The number one thing is offensively take care of the ball and give ourselves opportunities. But we're going to go up-tempo and do what we’ve done all year, we’re not going to change our identity. We just have to come in and feel each other out and put together good drives early.”

Butte and Glacier kick off at 7 p.m.