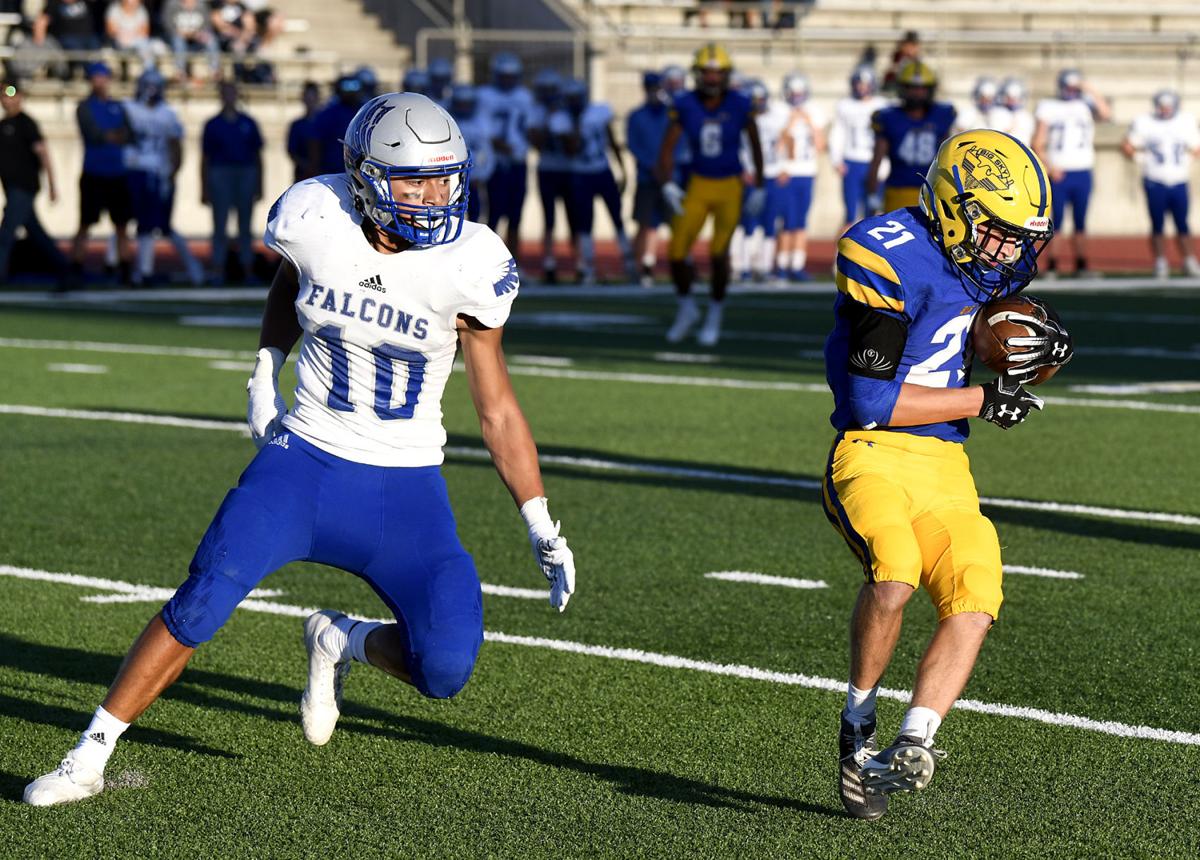 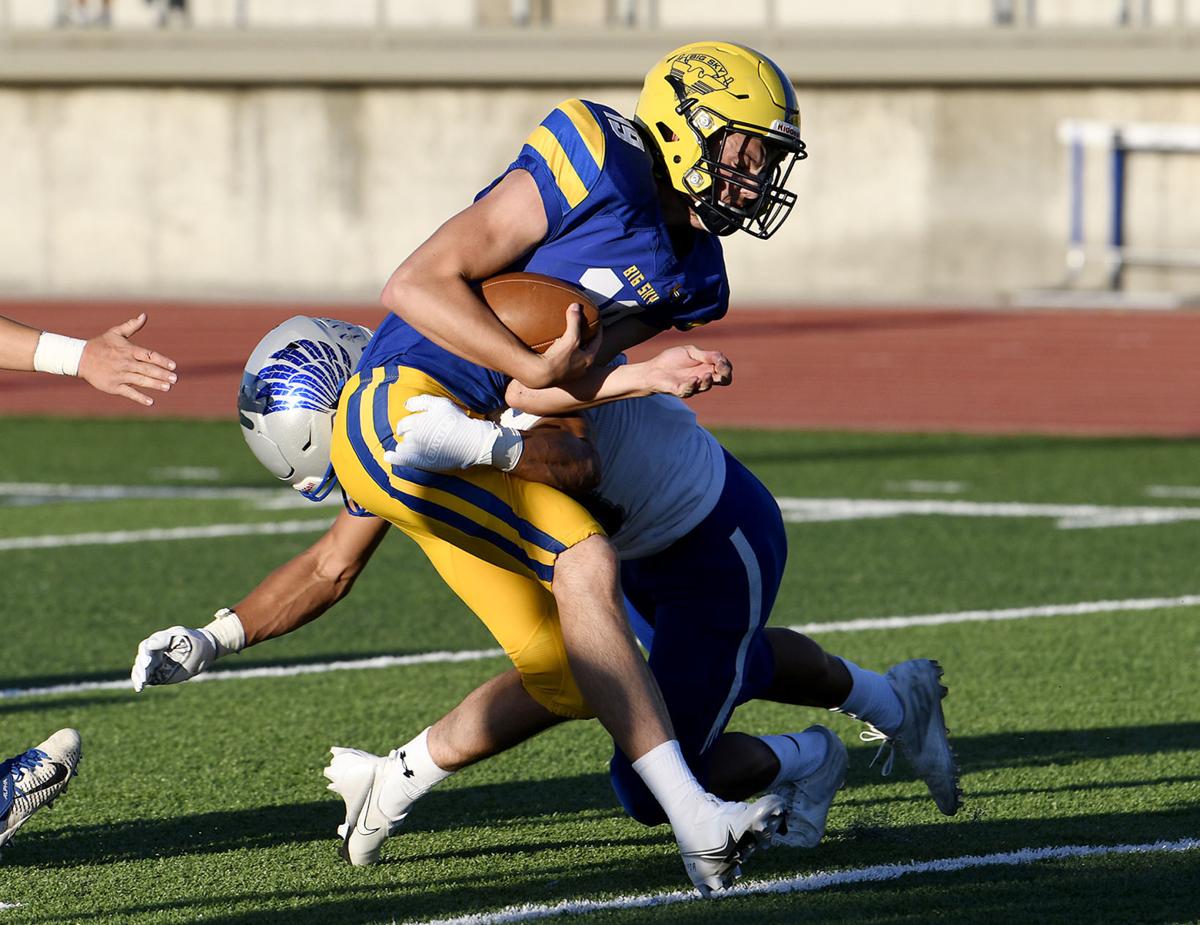 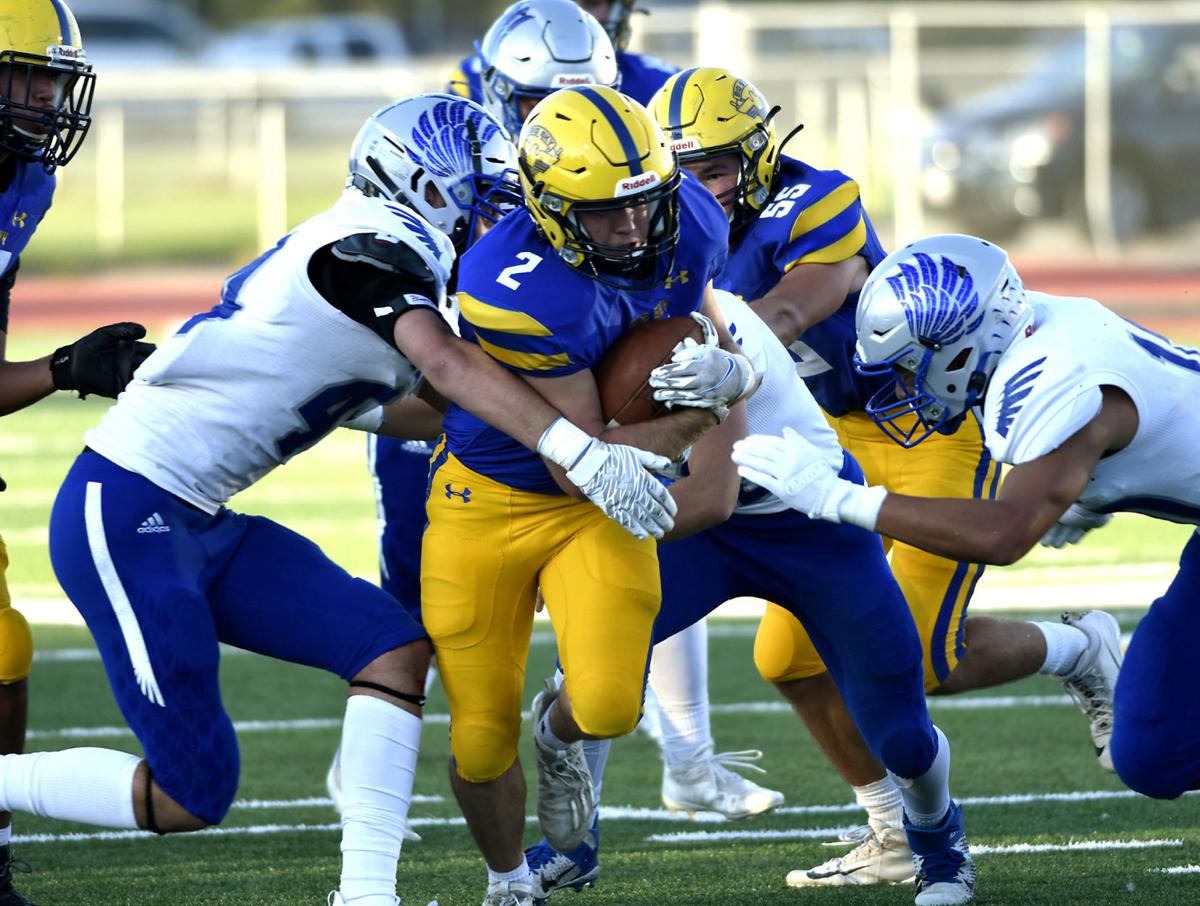 Missoula Big Sky's Cole Sandberg rushes for yards against Billings Skyview in the first half of Friday's high school football game at Missoula County Stadium. To find out what happened in the game and other Friday western Montana sports events, log on to missoulian.com. 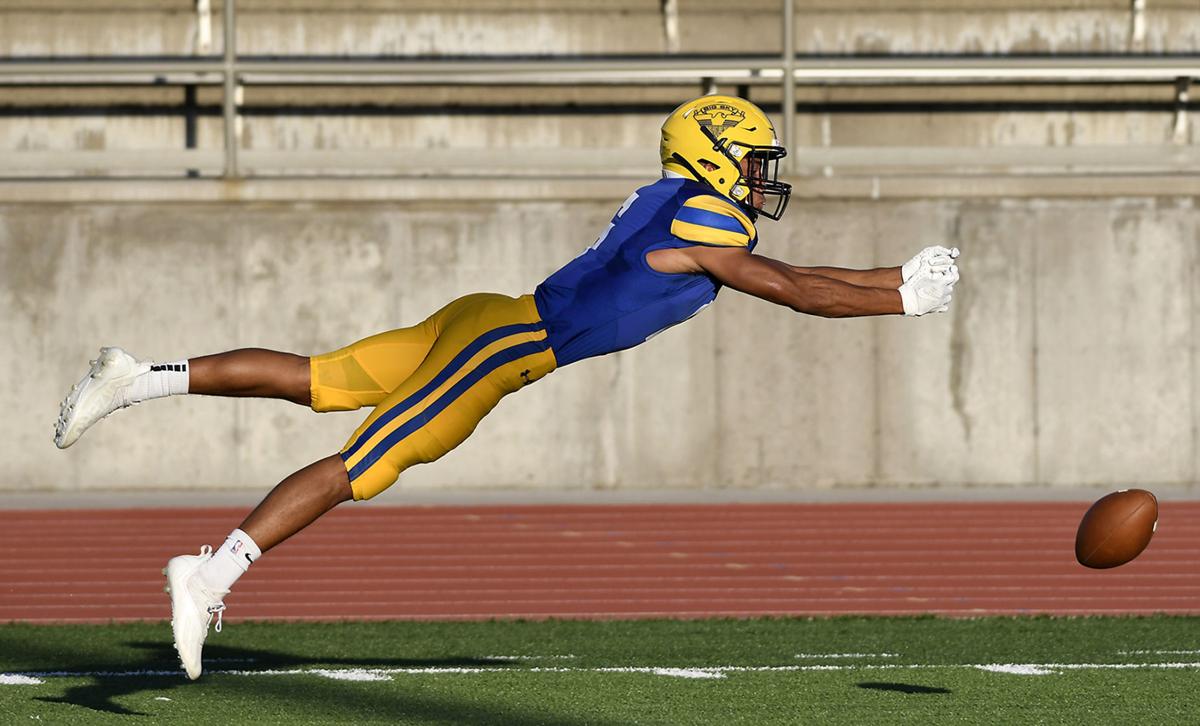 Missoula Big Sky's Cole Sandberg rushes for yards against Billings Skyview in the first half of Friday's high school football game at Missoula County Stadium. To find out what happened in the game and other Friday western Montana sports events, log on to missoulian.com.

MISSOULA — A week after scoring three points off just one field goal against Bozeman Gallatin, it seemed like Missoula Big Sky’s offense had something to prove.

The offense struggled in Week One. Mightily. Unforced errors were made, scoring chances fell by the wayside. But the defense played well, showing plenty of positives especially if the offense could put things together.

A week of practice later, the offense put things together much to the delight of head coach Matt Johnson. The Big Sky Eagles secured their first win of the season, 42-7, over the Billings Skyview Falcons, who dropped their first game at Missoula County Stadium.

“We finally got some things to click on offense,” Johnson said. “We kept grinding. A couple plays we knew they were there and it took us a bit to get in sync. But man I am proud of these guys because they stayed with it.

"I kept telling them they gotta overcome stuff. … Part of our thing was we had to get some turnovers. We needed someone to step up and make some plays and they did and that was a big part of it.”

Just about everything that Johnson and the Eagles needed to go right did. From overcoming early mistakes to improved blocking and simply just more reps between starting quarterback Caleb Hren and his receivers, the offense was clicking Friday night.

As it turned out, all Hren & company needed was to hit the film and work on some timing.

“I think that showed tonight,” Johnson said. “Especially for Caleb, he got himself some confidence and was able to settle in and that was a big piece of it. … I think it was having last week under his belt, doing film study and learning from his mistakes.

"He took the advice and props to him. He took that and was able to move forward with it. It’s a team game. We had better pass protection. … Those guys were helping him out and when you can get those other things going, that helps to get you moving. That is what we were missing last week.”

Hren finished 14 of 21 for 248 yards and three touchdowns, doing most of his damage in the first half. His favorite target was Louis Sanders, who finished with seven catches, 111 yards and a pair of touchdowns. Isaac Ayers had one catch for 66 yards and a score and he added two interceptions with one going for a touchdown late in the second. Isaac Widder led Big Sky with five tackles, including one sack and one tackle for loss.

Defensively Big Sky held Skyview to 194 yards of offense while racking up 366 of its own. Skyview quarterback Dylan Goodell went 9 for 21 for 102 yards and he threw two interceptions. Sanders Payton had 53 rushing yards on three carries.

Big Sky took the momentum after back-to-back fumbles by Big Sky and Skyview on the first two drives. Hren scrambled from nine yards out for a score to get the first points on the board on the ensuing drive after the fumbles early in the first.

On the next drive, Skyview quarterback Dylan Goodell threw his first of two interceptions of the first half when Isaac Ayers made a play on the ball. The play set the Eagles offense up around midfield near the end of the first. Not too long into the second, on the same drive following the interception, Hren hit wide out Louise Sanders on a screen to his left.

With blockers quick to seal, Sanders found his gap and found the end zone for a 23-yard score to give Big Sky a two-score lead, 14-0 following the point after just over a minute into the second quarter.

The second quarter scoring wasn’t over as the Eagles poured it on with two more. Not long after the Sanders touchdown off the screen, Big Sky took over near midfield and Hren hit Sanders for a 43-yard touchdown down the middle of the field. A few possessions later with under two minutes left in the half, Hren scrambled a bit around a solid Skyview rush but found Ayers who broke off his route for a 66-yard catch and run. Big Sky added one more score in the opening half off a pick-six from Ayers when he picked off Goodell and sprinted in front of the Skyview bench untouched for a score. By halftime the Eagles led 35-0.

Even when Skyview did get on the board for the first time, following a methodical drive late in the third, Big Sky had a quick answer. Cole Sandberg took a handoff, followed clean blocking and sprinted down the right sideline untouched after he passed the line of scrimmage for a long score.

Roundup of coverage from Week 2 of the 2021 fall high school sports season in Montana.