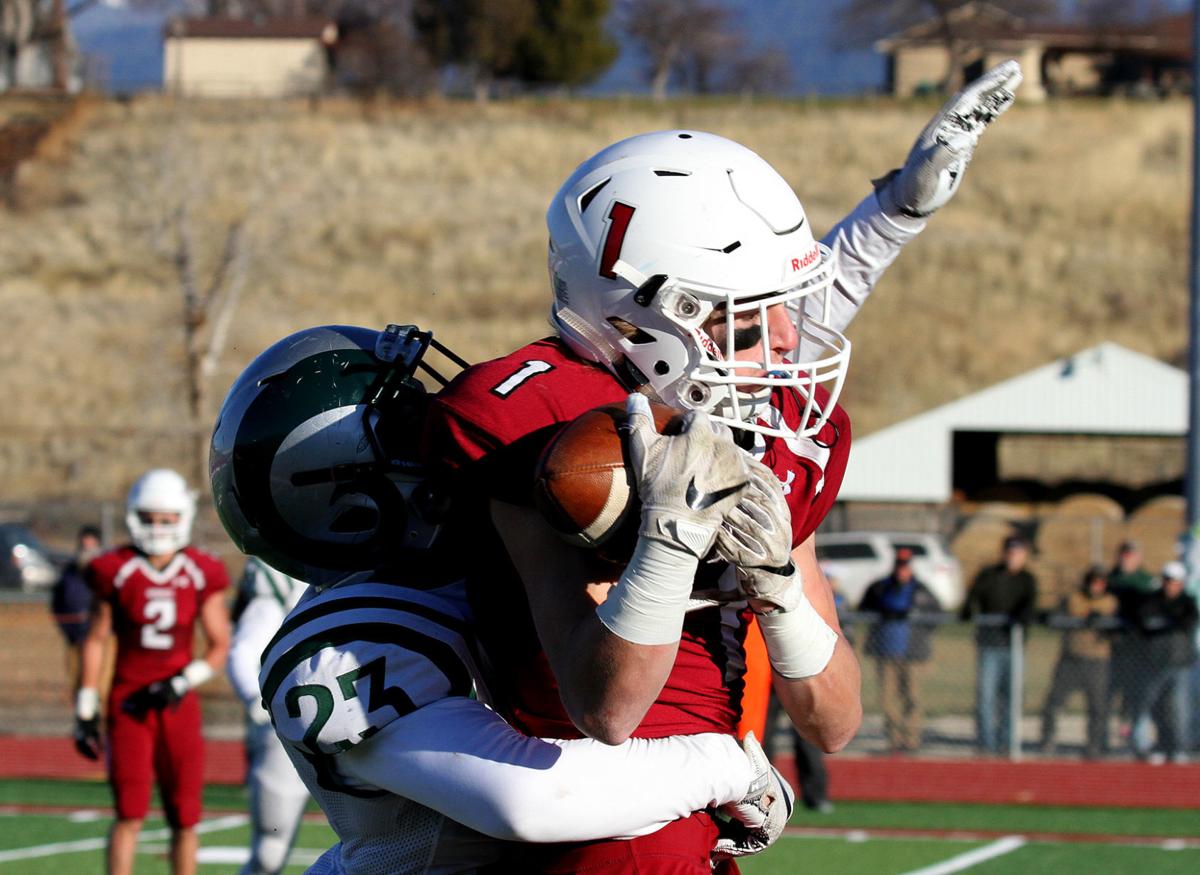 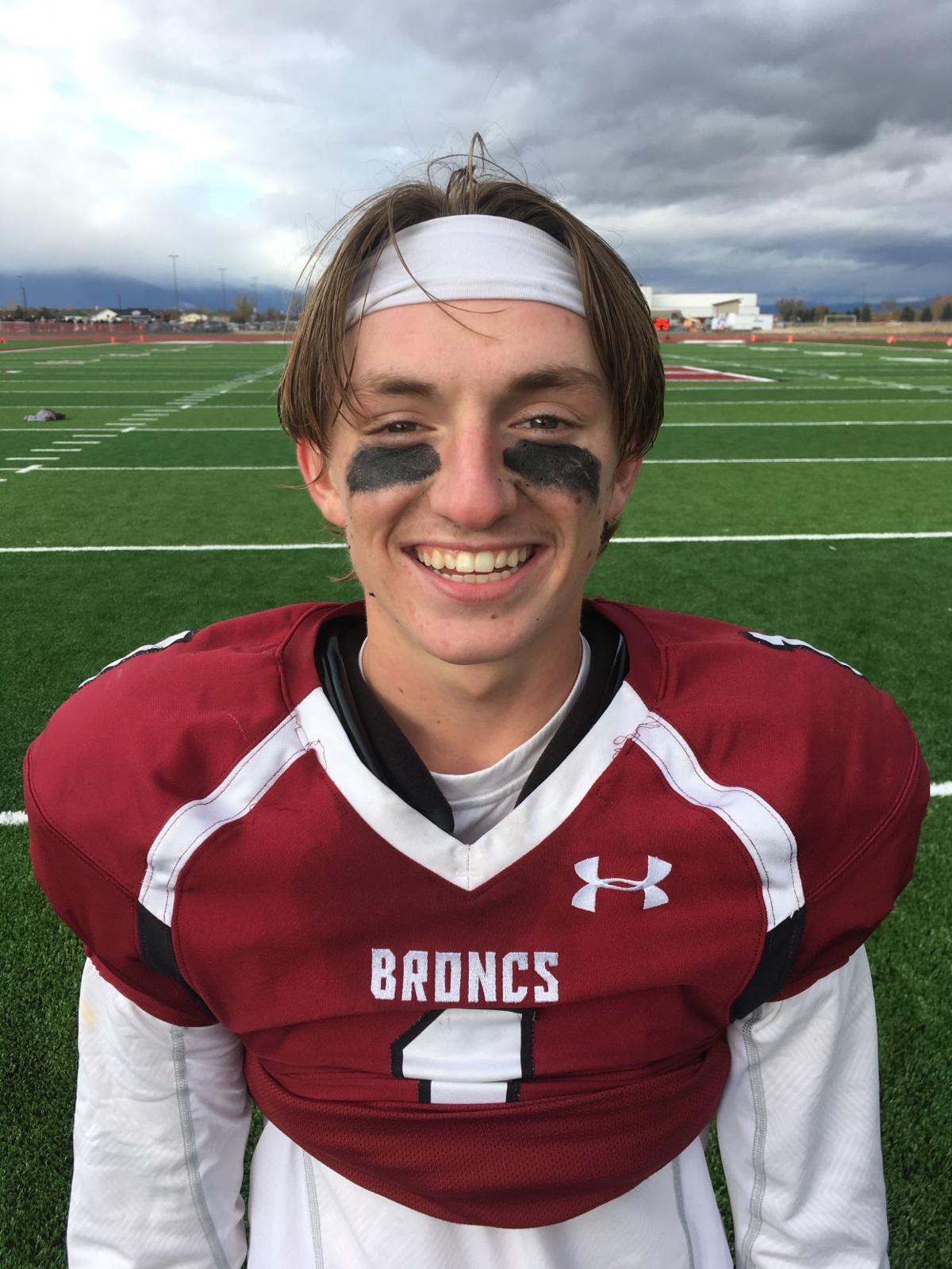 When a player stands at 5-foot-8, 145 pounds on a football field replete with big bodies, it might, physically, be easy for someone to look over them.

But when that same short-statured athlete is statistically one of the best wide receivers to ever play Class A football in the state of Montana, it becomes difficult to understand how they could ever be overlooked.

Yet last winter, that was where Hamilton's slight-statured and standout wideout Camron Rothie found himself. An all-state talent — with record-setting football ability — was without a college sports home.

"I was getting a little frustrated," Rothie admitted Thursday in Miles City, ahead of Saturday's Knights of Columbus Badlands Bowl all-star football game. "I was getting looks here and there, some walk-on offers from bigger schools and stuff, but I just couldn’t find a scholarship.

"... It happens all over. They definitely look at size and speed and it does kind of put a chip on my shoulder."

Nothing is more dangerous than a talented athlete with extra motivation.

And that's exactly what Carroll College got in Rothie when they reached out to the graduating Bronc late last winter.

Cam, as Camron is called for short, put up some of the best numbers the state has ever seen. His 21 touchdowns last year are second best in Class A to Columbia Falls' Braxton Reiten, who scored 22 in 2016. Rothie's 21 scores came despite him missing Hamilton's season opener due to a conflicting baseball schedule that made the receiver one-game shy of the practice requirements to play in Game 1.

Those 21 touchdowns also combined to give Rothie 42 receiving scores for his career, shattering the old Class A career receiving touchdown mark of 29 held by Hamilton's own Bridger Bauder.

He created a perfect storm with Montana Gatorade Player of the Year Carson Rostad, a touchdown record-setter in his own right at quarterback. Someone could make the case the two were Montana's version of Joe Montana and Jerry Rice.

"I've joked with people (here in Miles City) that I might have had a better high school quarterback than most people’s college quarterbacks," Rothie said of Rostad, whose 22 other touchdown passes to players not named Cam gave the Hamilton QB 43 TD's and an all-class single-season record, according to the Montana High School Association's record book.

Hamilton coach Bryce Carver explained how the two made a perfect pair.

"When you have a quarterback that can throw the ball and put the ball in places that people aren’t used to, it helps," Carver said. "Maybe the windows weren’t as big that Carson was able to fit the windows into which maybe helped Cam get some of his catches that he was then able to turn into touchdowns."

That ability to get open and then find a way to score are ultimately why Carver had this to say about one of Carroll's newest recruits:

"(They) got quite the steal with Cam," Carver said of his all-state receiver and two-time all-state defensive back. "He’s kind of just good at everything. I teach PE and we’ll play badminton and he’s good at that. It doesn’t really matter what it is.

"His athletic ability to kind of do anything and then, obviously you get him on the football field, the basketball court, the baseball diamond and when he gets a chance to show off what he does it’s quite impressive."

Oh yeah, Rothie was an all-conference point guard for the Broncs and an all-state shortstop for the Bitterroot Red Sox, a team he had to begrudgingly abandon for a week while at the all-star game in Miles City. Ever the competitor, it was one of the first things Cam brought up in an interview about a football all-star game appearance.

"I’ve been texting (my Red Sox teammates) and letting them know good luck," he said. "It’s been rough how this lined up like this."

But it's an opportunity Rothie really couldn't pass up. In fact, among some of the state's best as they ready to take on North Dakota at the Badlands Bowl, Rothie serves as somewhat of a torchbearer.

He's the only football player from the U.S. Highway 93 corridor between Darby and Missoula on the roster, and one of just eight Class A representatives on a 34-team roster. Of those eight Class A athletes, four are from Billings Central — the same team Hamilton lost to in the Class A state title game last fall.

"I’m actually getting along with the Central kids pretty well," Rothie said with a chuckle.

He should fit in, after all. Cam's one of the best in the state

Now with a Badlands Bowl game on Saturday, — as well as the East-West Shrine Game still to go later this summer — the rest of the state is going to get to see that, too.

And it's hard to overlook greatness, no matter what form — or height — it manifests itself.