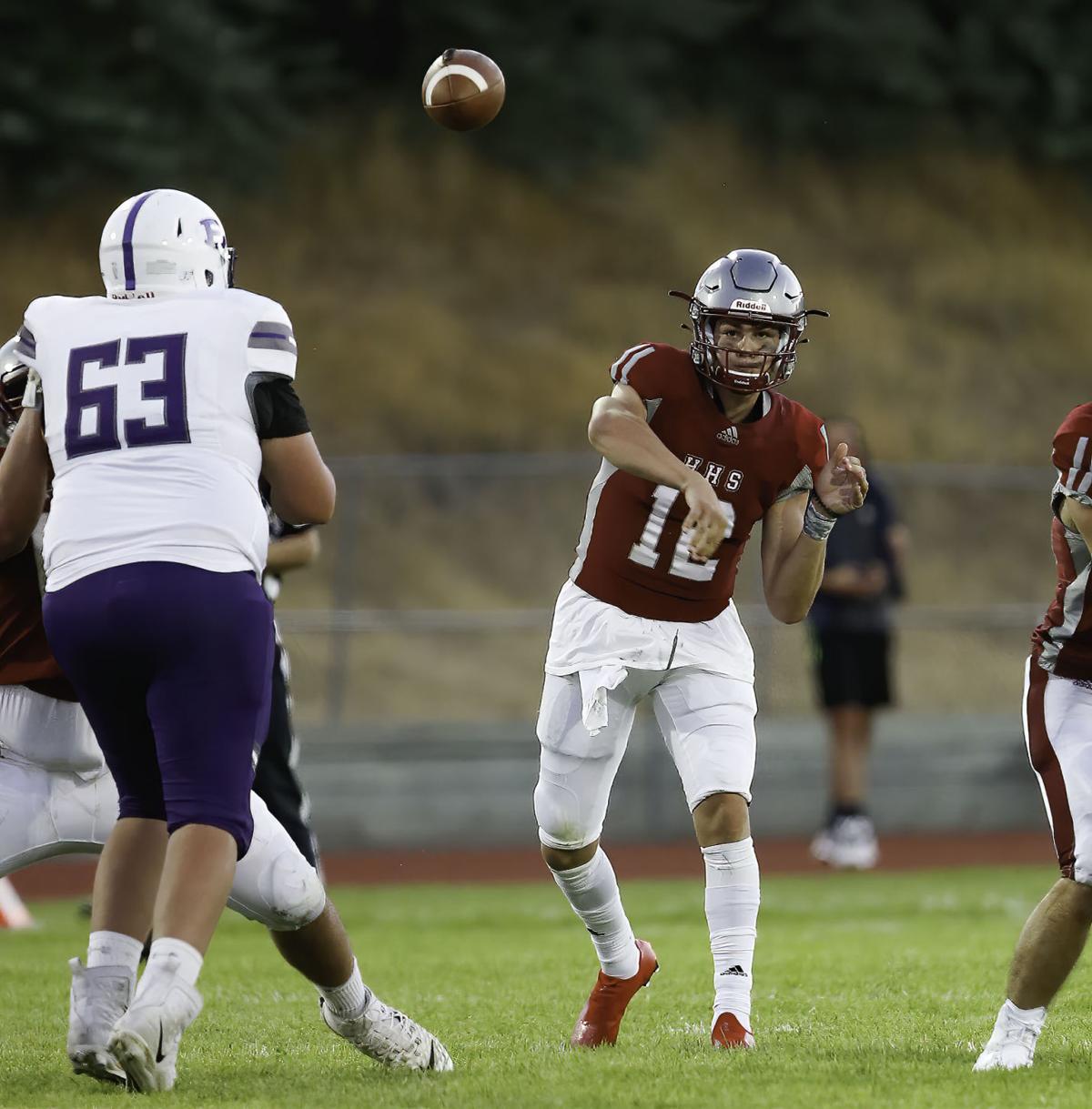 Kaden Huot throws a pass against Butte High on Friday night in Helena. 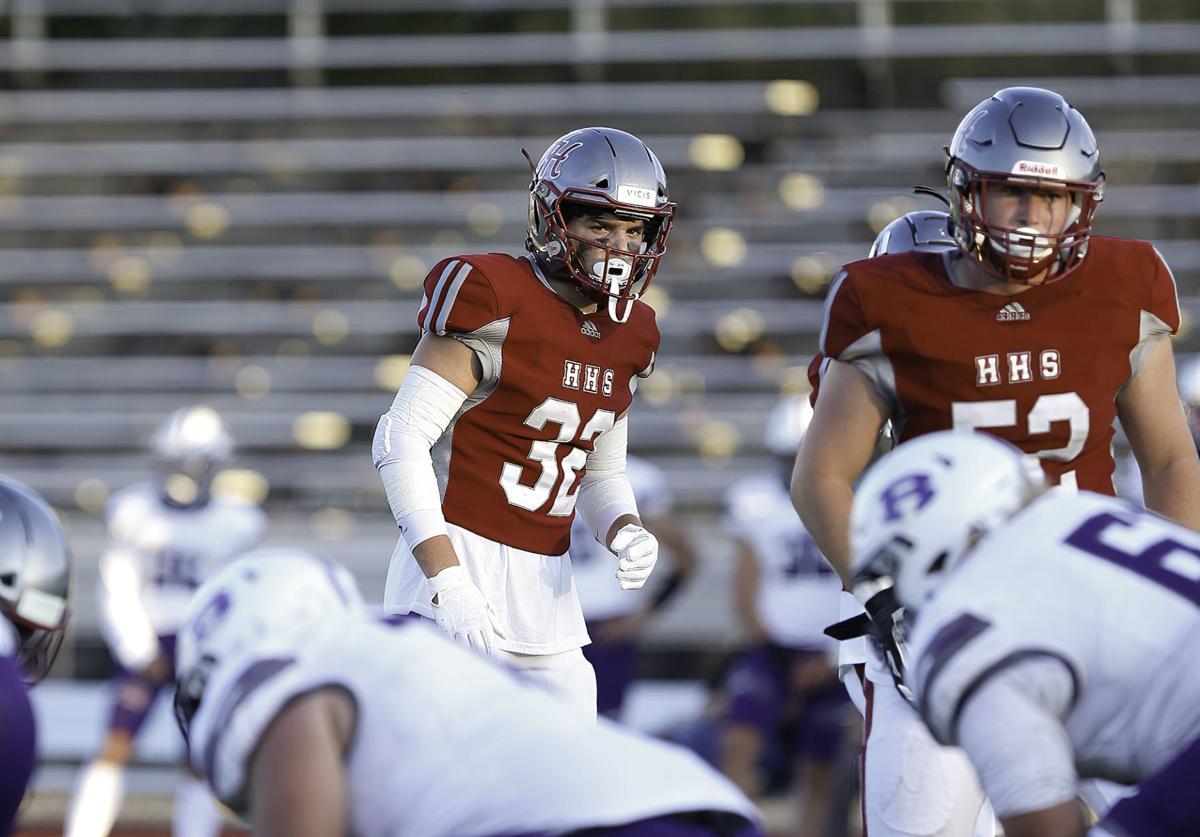 Ben Swanson (32) of the Helena High defense is pictured. He had a sack in the Bengals 14-9 win over Butte. 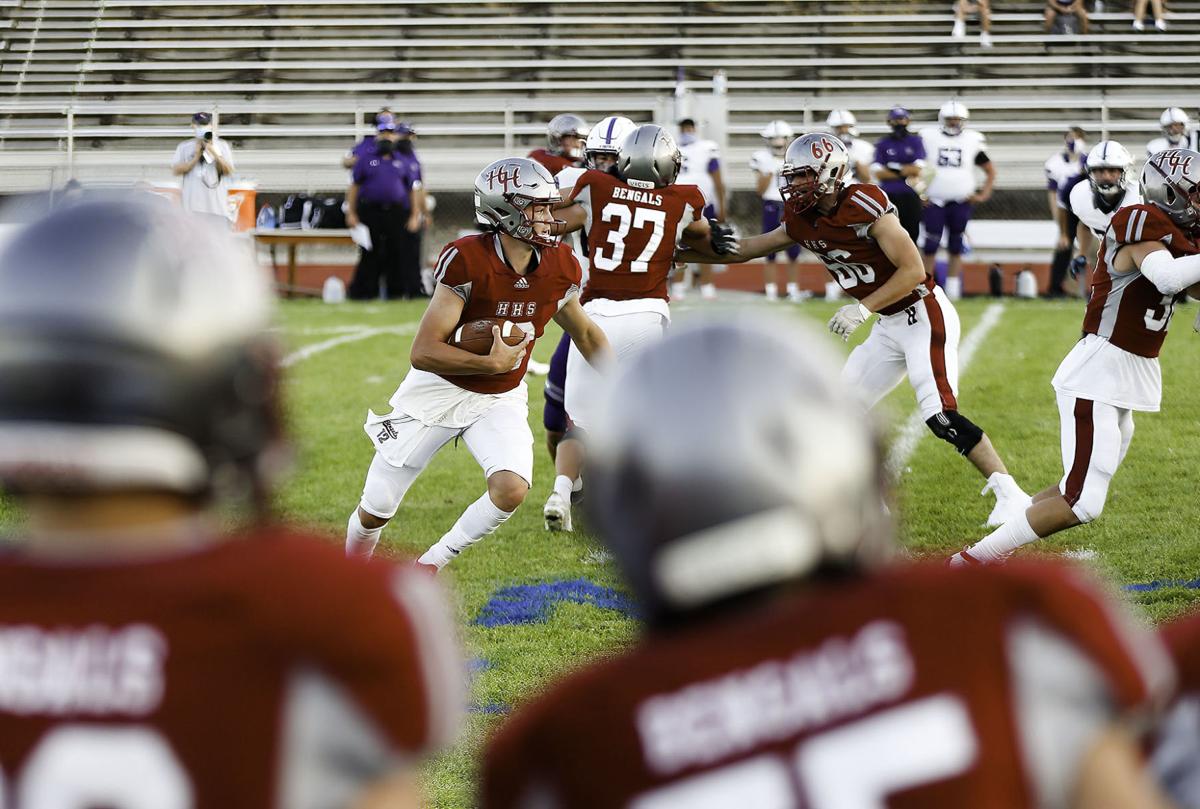 Helena High QB Kaden Huot runs the ball in a 14-9 win over Butte. 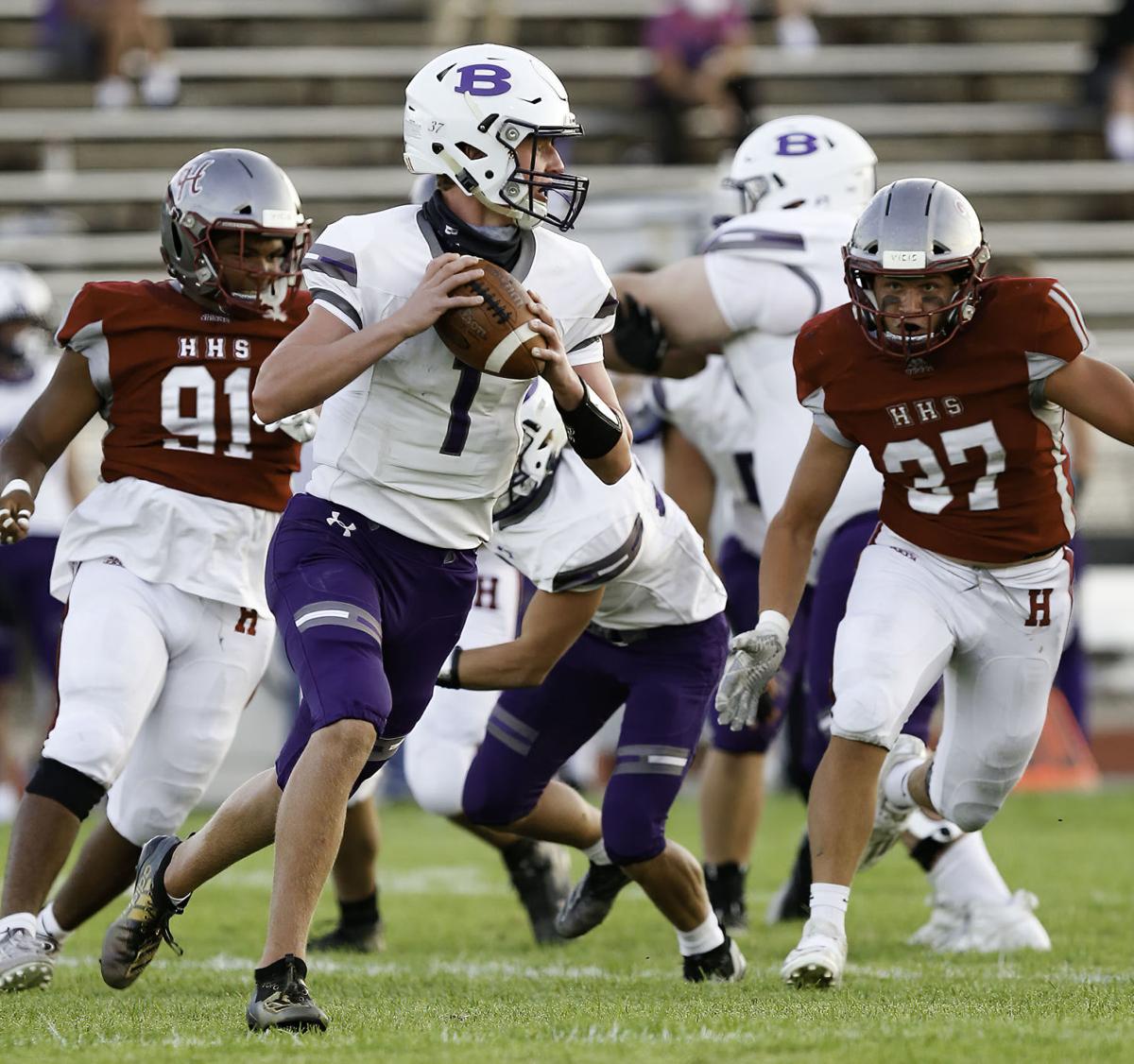 Kaden Huot throws a pass against Butte High on Friday night in Helena.

Ben Swanson (32) of the Helena High defense is pictured. He had a sack in the Bengals 14-9 win over Butte.

Helena High QB Kaden Huot runs the ball in a 14-9 win over Butte.

HELENA — It was hard-fought, low scoring and physical. In other words, it was a Butte-Helena football game.

And in the first game of the 2020 season for both teams at Vigilante Stadium Friday night, it was the Bengals who won the slugfest 14-9.

"We had a good talk at halftime," Helena head coach Scott Evans said. "I wish I could tell you it was a bunch of brillant X's and O's, but it wasn't. We just talked about going out and playing with confidence and we were able to do that in the second half."

Of course, a 75-yard touchdown on the first play of the third quarter never hurts, and on the Bengals' first snap, Kaden Huot found Chase McGurran who took a short reception to the house for a 75-yard score.

It was his only reception of the game, but just like that, the Bengals were in front for the first time.

"The safety was playing kind of back," McGurran said. "We were looking at it before and Kaden called a slant, he threw a perfect pass and somehow, I just stayed on my feet."

From there, the Bengals defense went work. The Bulldogs were breaking in new starter Blake Drakos and despite a second-half touchdown pass, it was a rough go against a Helena defense that sacked him seven times.

Because of that, Butte finished the game with just 67 yards rushing and once the Bengals were able to extend the lead in the second half to 14-3 on a four-yard touchdown run from Marcus Evans, it put even more pressure on the Butte offense.

Marcus Evans with a four-yard TD run. Bengals up 14-3 with 9:55 left. That drive may be the dagger! #mtscores pic.twitter.com/VDJEIbIyXe

"Butte did a great job defensively," Evans said. "That was one of the best jobs I have seen from a Butte defense in a few years. We were just able to get some more confidence in the second half, especially up front with our offensive line and we got some things going."

Senior running back Ethan Maxness ran the ball 11 times for 57 yards for Helena High, including a 22-yard run in the second half.

The biggest difference though, came at quarterback and especially the protection. After getting sacked multiple times in the first half, Huot was kept mostly clean in the second, which allowed him to find a rhythm.

After a sluggish first half, the touchdown to McGurran led a much sharper Huot, who finished 15-of-28 for 234 yards and the one touchdown. He also had zero interceptions and ran 19 times for 52 yards.

"I think Kaden was trying to rush himself and trying to make the big plays," Evans said. "He is under a lot of scrutiny, a lot people are watching who he is and he's still young. But once he settled in, he gained some confidence and he will only get better as we go."

Huot agreed he was more confident in the second half. But to be fair, a 75-yard completion on the first pass never hurts.

"We just were not there in the first half," Huot said. "Coach Evans gave us a good speech at halftime, I completed that ball to Chase and we just kept rolling from there."

Down 14-3 in the fourth, Drakos found Banner Cetraro in the corner of the end zone from 11 yards out, with over seven minutes left to keep the Bulldogs in it. A two-pointer failed, making it 14-9.

Butte got multiple possessions with the ball down five, but they couldn't convert and after a turnover on downs with under a minute, Helena salted away the win.

"Our defense played well," Evans said. "We got some good stuff out of them. David Lowry was deflecting the ball all over the place. I don't like that he's so cocky sometimes, but the corner with the cockiness is a good thing."

With Lowry and McGurran manning the corner spots, as well as relentless pass rush, Helena limited Drakos to 134 yards on 13-of-29 passing. Jake Olson had three receptions for 44 yards in the loss. Cetraro also had four for 47 and the touchdown.

Raef Miller had four receptions for 64 yards in the win for the Bengals and was only behind McGurran's 75 receiving yards. Zach Carson also pitched in with two sacks for the Bengals; Zachary Evans added one, as did Ben Swanson.

The Bengals will host Big Sky next Friday. Butte will host Glacier.