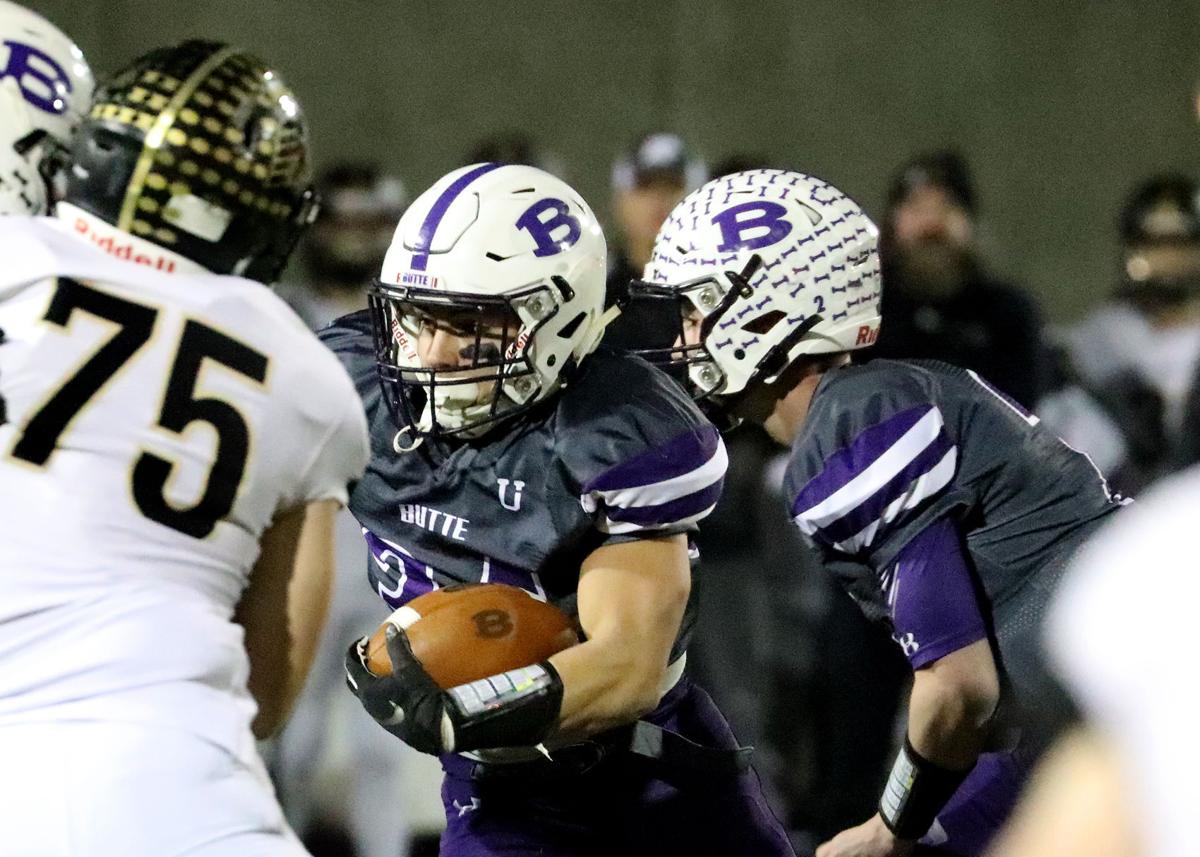 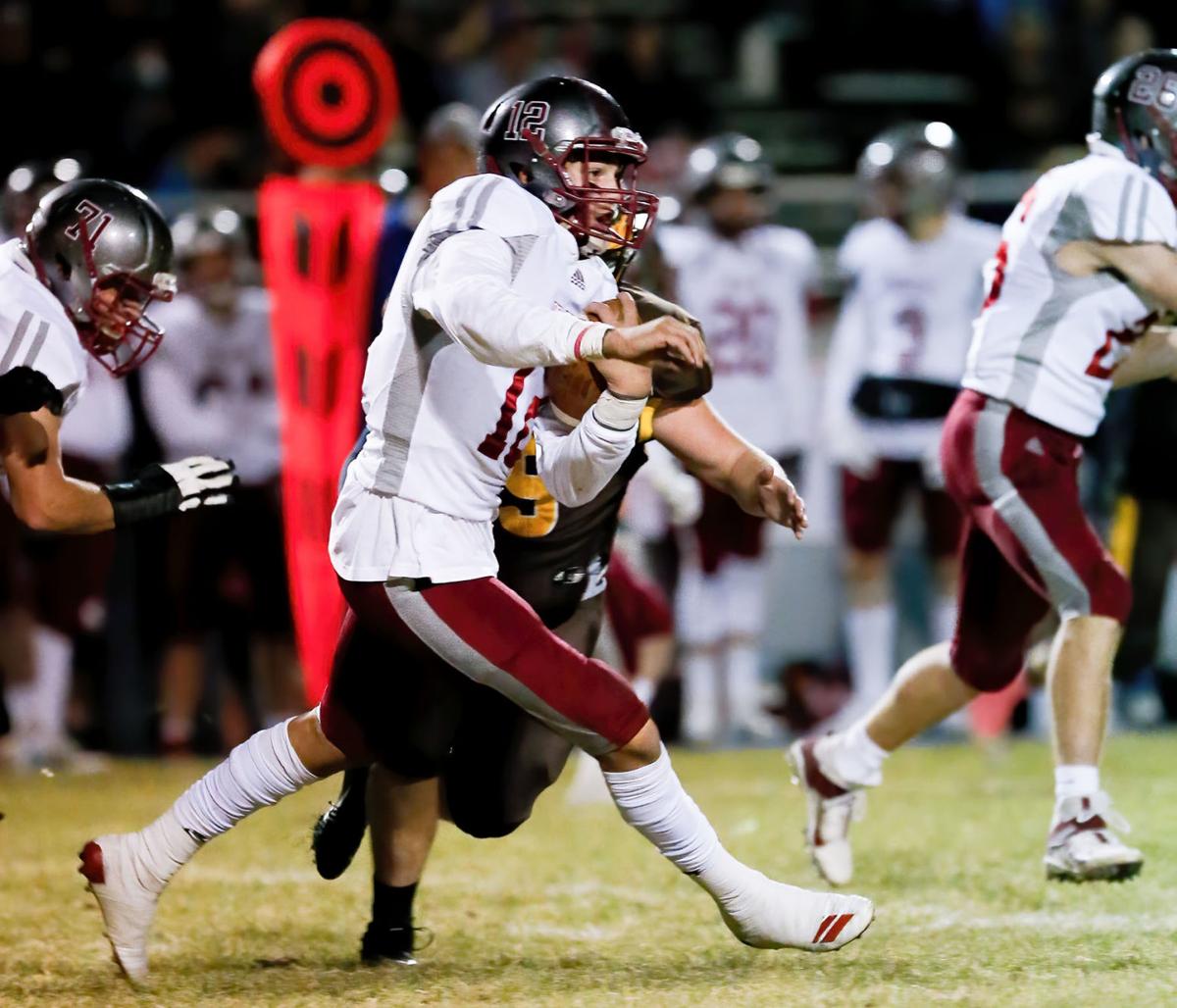 HELENA — The MHSA executive board unanimously approved canceling non-conference games in football and volleyball Thursday but tabled a proposal by a majority of Class AA athletic directors to move football to the spring.

The non-conference cancellation proposal was approved 16-0 by the Class AA ADs and sets the start date of competition for Sept. 7 in volleyball and football. Soccer is to start as planned, but only with conference games.

The decisions are a response to the COVID-19 pandemic.

Golf, which begins Monday, will go as scheduled and all meets would be reduced to one day. Cross country also will be limited to conference competition. Fall practices are set to begin Friday.

In addition to the Class AA cancellations, the MHSA voted to approve reducing Class A's football playoffs from 12 teams to eight, starting Oct. 30 and ending Nov. 14; the top four teams in Eastern A and Western A will qualify for the postseason.

The MHSA vote also allows Class A, Class B and Class C to cancel non-conference games as well if they decide to do so. The Eastern A and some 6-Man divisions have expressed interest in doing so.

While the cancellation of non-conference games became official, the proposal by Class AA athletic directors to move football to the spring was also discussed. The proposal has come about due to the 50-person limit on activities set in Gov. Steve Bullock's reopening plan for Montana.

Many Class AA schools say games cannot be played with a limit of 50. Unlike the smaller classifications, most Class AA programs do not have players play both offense and defense.

The governor's office is being consulted about a waiver to the rule, but a majority of Class AA athletic directors voted in favor of playing football in the spring while keeping golf, cross country and volleyball in the fall. Tennis would also switch to fall.

The measure was proposed in the MHSA Executive Board meeting but did not get seconded, so a vote wasn't taken.

Billings Public Schools Activities and Athletics Director Mark Wahl said his coaches are getting frustrated with the uncertainty that exists for their sports so close to their season’s scheduled openings. Yellowstone County, which would encompass Class AA schools down to Class C schools, has yet to set its guidelines for fall’s high school sports.

“I’ve already told our coaches, the ones who have called, that we’re just planning on going forward,” Wahl said. “We haven’t heard otherwise and that’s what we’re planning on starting tomorrow. So if they don’t hear from me they’ll be out there practicing.”

Bozeman School District activities director Mark Ator told the Daily Chronicle on Wednesday his confidence level about beginning sports this fall was “pretty good.” With most teams beginning practice this week, he told his coaches Wednesday that this season would be a “fluid situation” with circumstances changing “day to day and week to week.”

“Football and volleyball, by going non-conference, it essentially gives us a couple more weeks,” Ator said. “It would give more time to work with (the Gallatin County Health Department). Hopefully the cases go down in that time period. Also after Labor Day, the tourist season should be winding down.

“So we felt like those were all factors that would help. With football being a contact sport and volleyball being an indoor sport, we felt waiting a little longer to participate would help us out.”

The MHSA also voted to require masks for all coaches, players and officials, regardless of whether they are in a county of four or more active cases. Masks are not required during play, but will be on the bench.

They also decided on rules for returning to play after after COVID-19. The new rule states, "Any MHSA activity participant who has been diagnosed with COVID-19 cannot return to play until he/she is evaluated by a licensed health care professional, and has written clearance to return to play by both the county health department and a licensed health care professional." 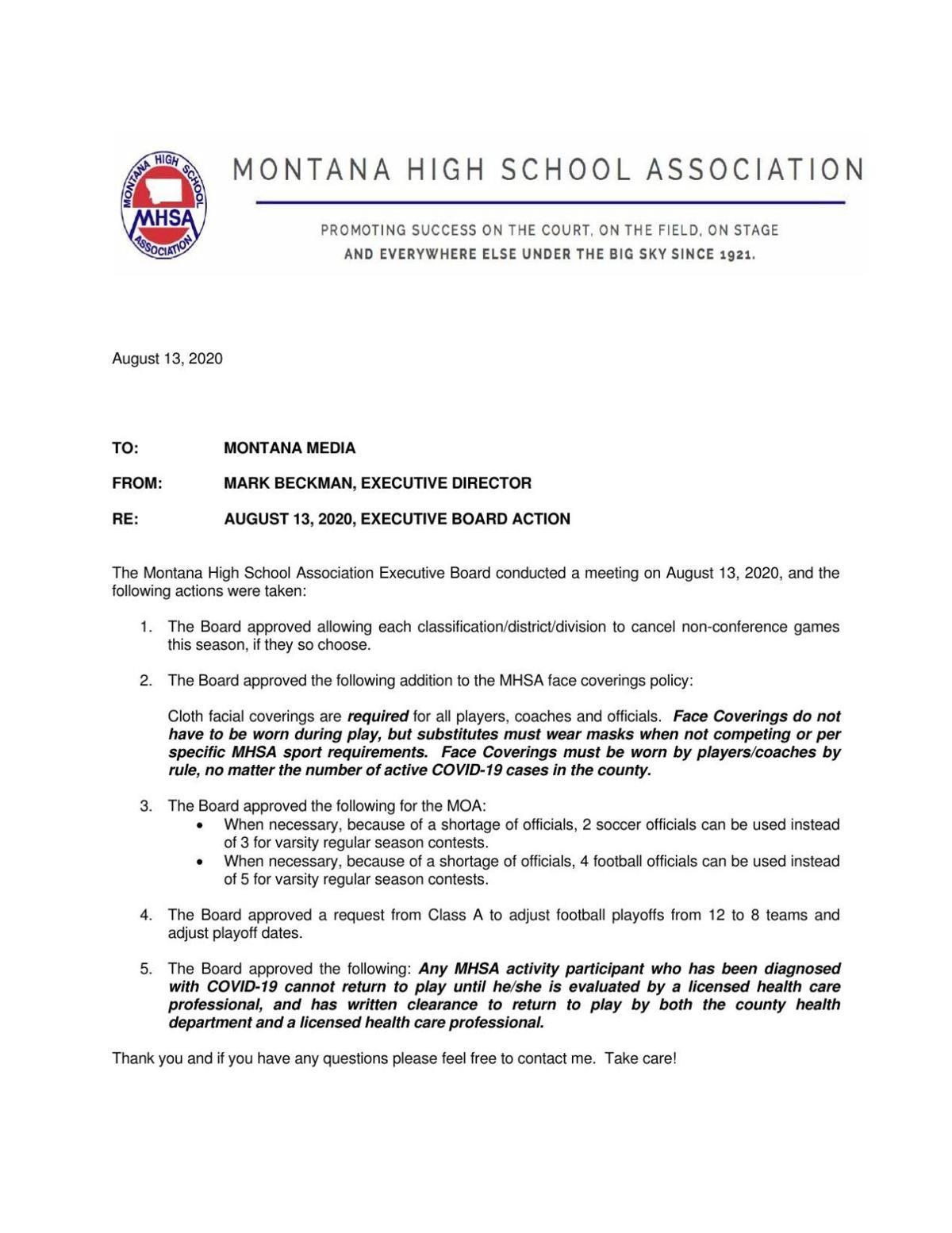 Schools must follow several directives, requirements and considerations to participate in sports this fall.