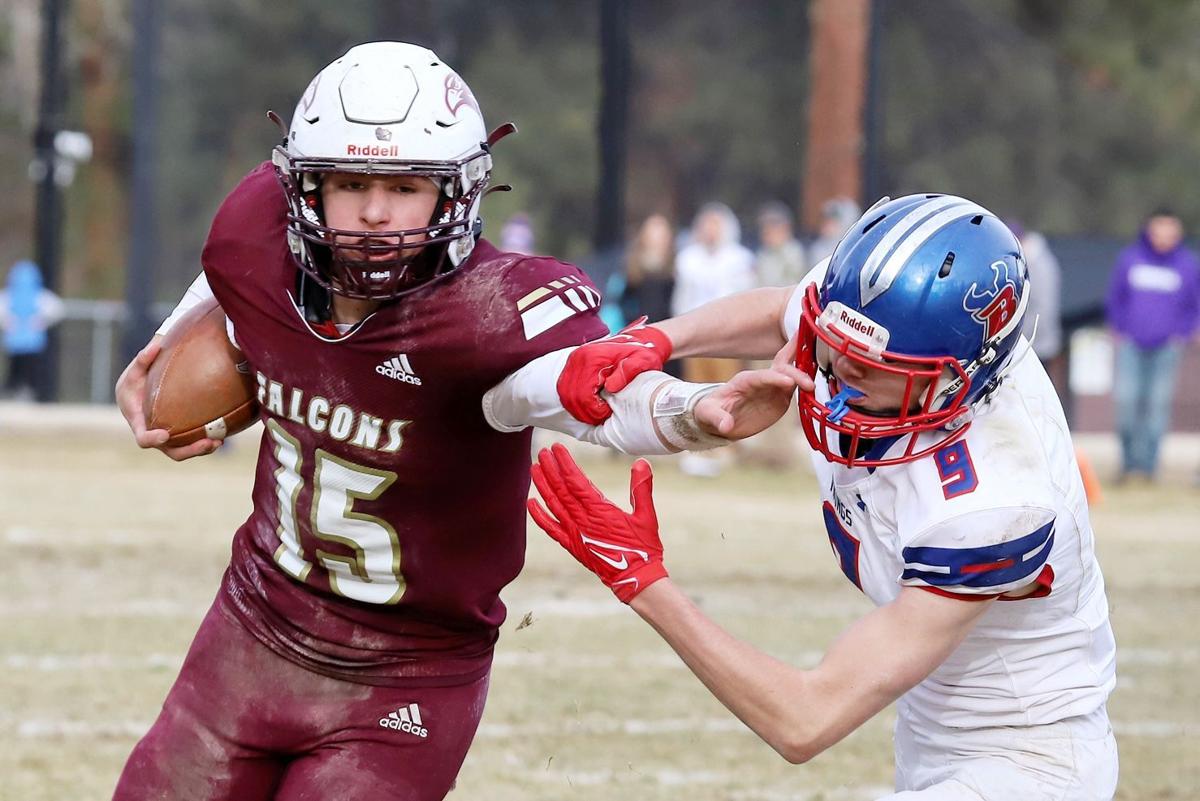 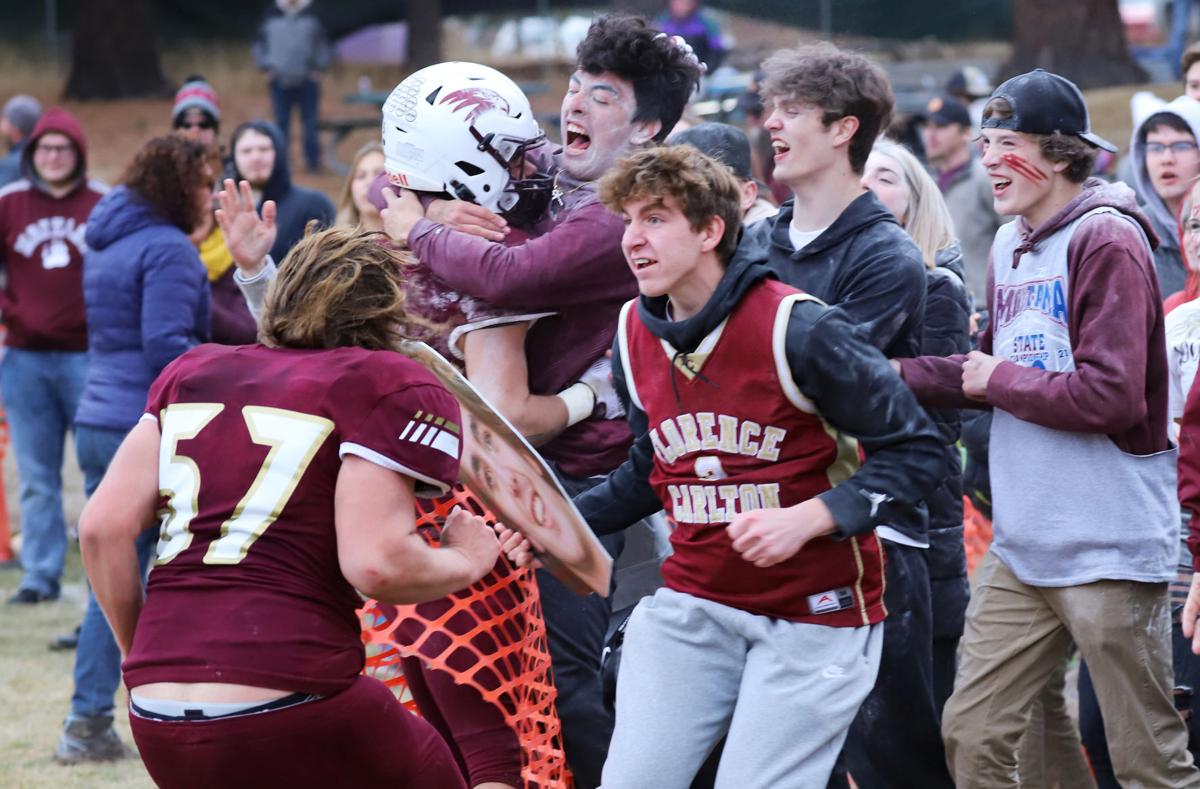 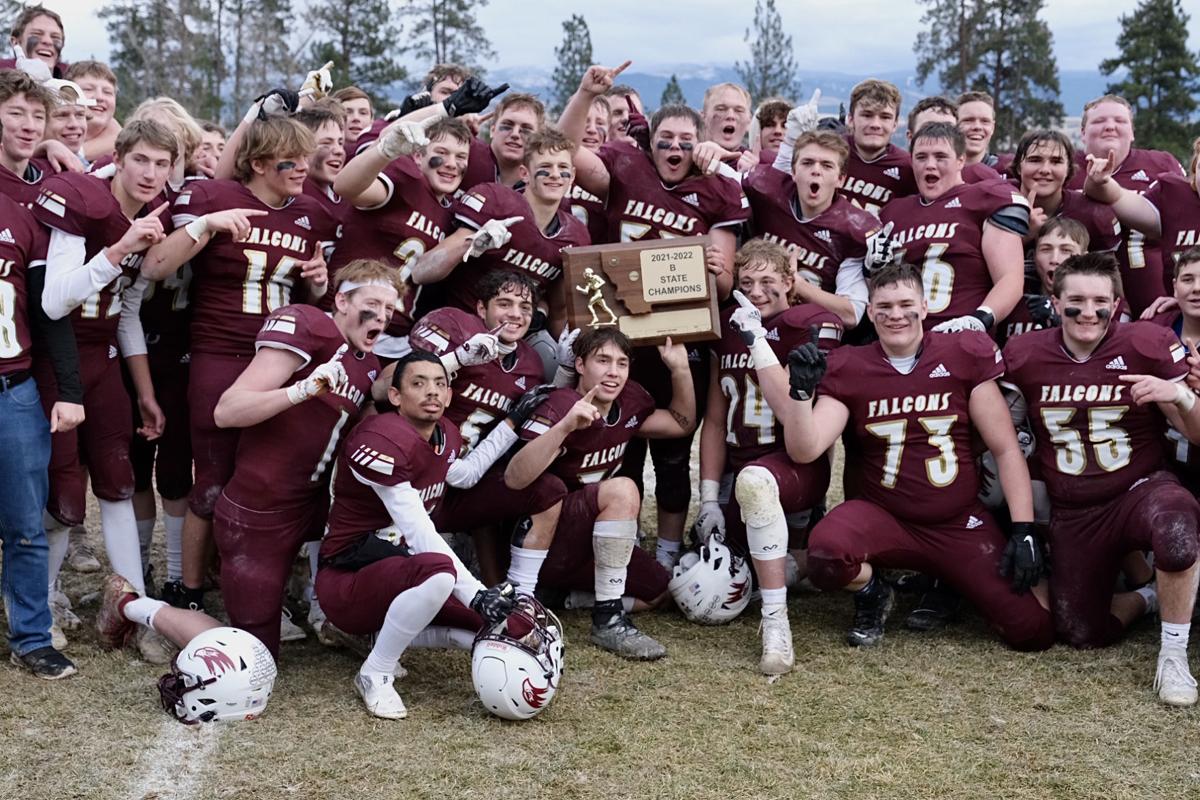 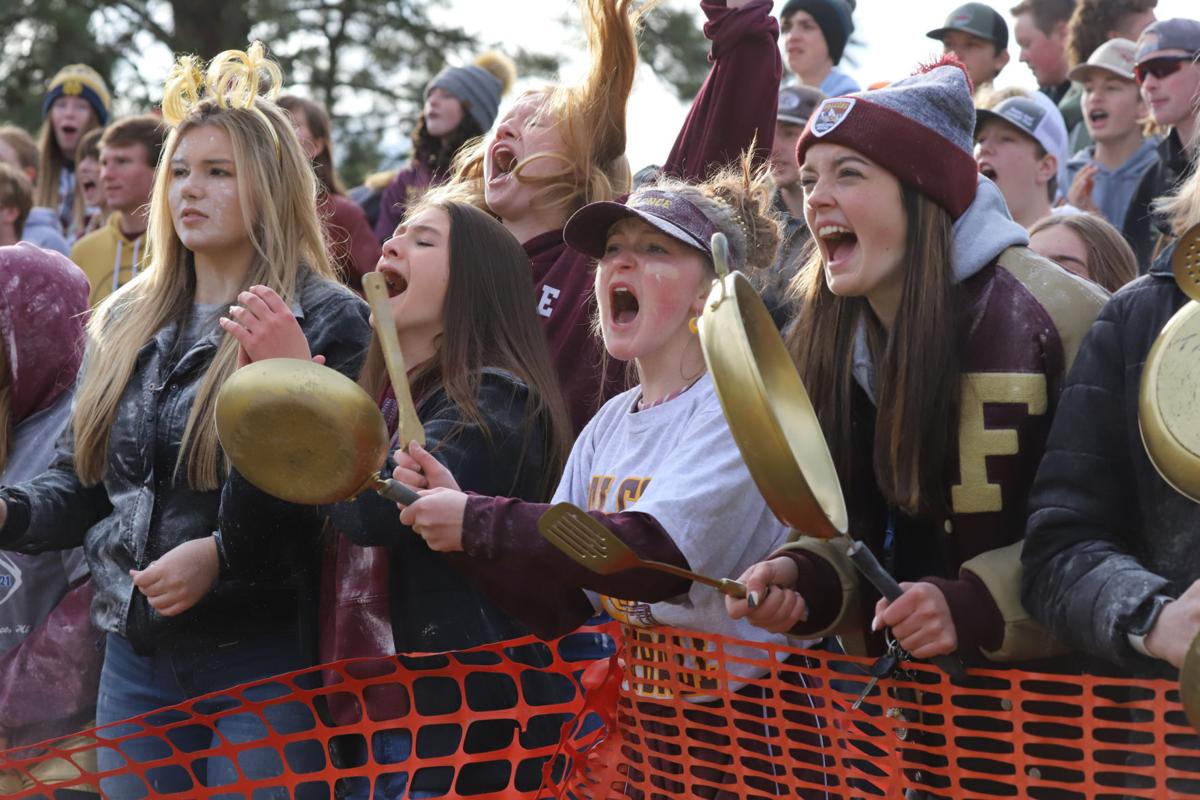 The Falcons capped off a dominant, undefeated season with an equally dominant Class B state title winning performance Saturday on their home field.

Fueled by quarterback Pat Duchien’s four touchdowns and a defense that shut down Bigfork, the Falcons earned an 11-man state championship for the first time with a 42-0 win over the Vikings.

It is the Falcons' first state title in football since the undefeated team of 1977 won the Class C crown at the 8-Man level.

This time the Falcons finished 12-0 with a 516-87 point differential. They had only one single-digit win, a 20-14 early-season victory over Townsend.

With a handful of members from the 1977 team in attendance, tears were shed and the community joined with the first Falcons program to ever win an 11-man football title.

Coach Pat Duchien fought through emotions describing the significance of the win.

“It’s huge for this program,” he said. “It’s going to carry down to the younger kids. You can see how many young kids are out here. They’re going to see it. They’re going to want it and be a part of something like this as they grow older into high school.”

Having those members of the ‘77 team watching, there to celebrate the potential — and eventual — title was special for Pat.

That team was recognized at halftime, and had a print out of the title game with a full roster. While just four members came, those four made sure to revel in the celebration.

“It was so awesome to see them here and we are so happy to bring guys like Coach (John) Cornish another state title,” he said while joking with Cornish, who made sure to point to his championship ring during the interview and made note that Pat was 2 years old when the title went to Florence.

Cornish, an assistant on the ‘77 staff, noted the field that the current crop of Falcons took the title on wasn’t the one he did — pointing back toward the school.

“It’s been a long time coming and I’m excited for them,” he said. “They’ve worked hard the last few years and this team has really done the job and they deserve it.”

The game started slow, with a scoreless first quarter. The second and third quarters saw the floodgates open.

Patrick Duchien rolled to his right and found teammate Caden Zaluski for a 22-yard TD for the first score at the 9:46 mark in the second. Four minutes later after a stop, Luke Maki found the end zone on a reverse to make it 14-0.

Barely two minutes later, following yet another quick stop, the Falcons scored when Duchien found Maki for a 24-yard TD and a 21-0 halftime lead. The Falcons went on to score three more times, all in the third, as the hosts poured it on in the middle quarters.

“I think it brings the community together,” Patrick Duchien said. “There were so many people out here.”

The senior quarterback finished 18 of 23 passing for 271 yards and three scores. Tristan Pyette went for 148 rushing yards while Maki had 87 receiving yards. The Falcons defense held Bigfork to just 177 yards of offense and a 2 of 9 third-down conversion clip.

For Bigfork, the loss has some perspective to it. The team had battled through tragedy to make it as far as it did, and a strong bond was built.

George Bucklin led Bigfork with 70 rushing yards and Wyatt Herd added 44. The Vikings finish the year at 9-4 with all of their postseason wins coming on the road at higher seeds.