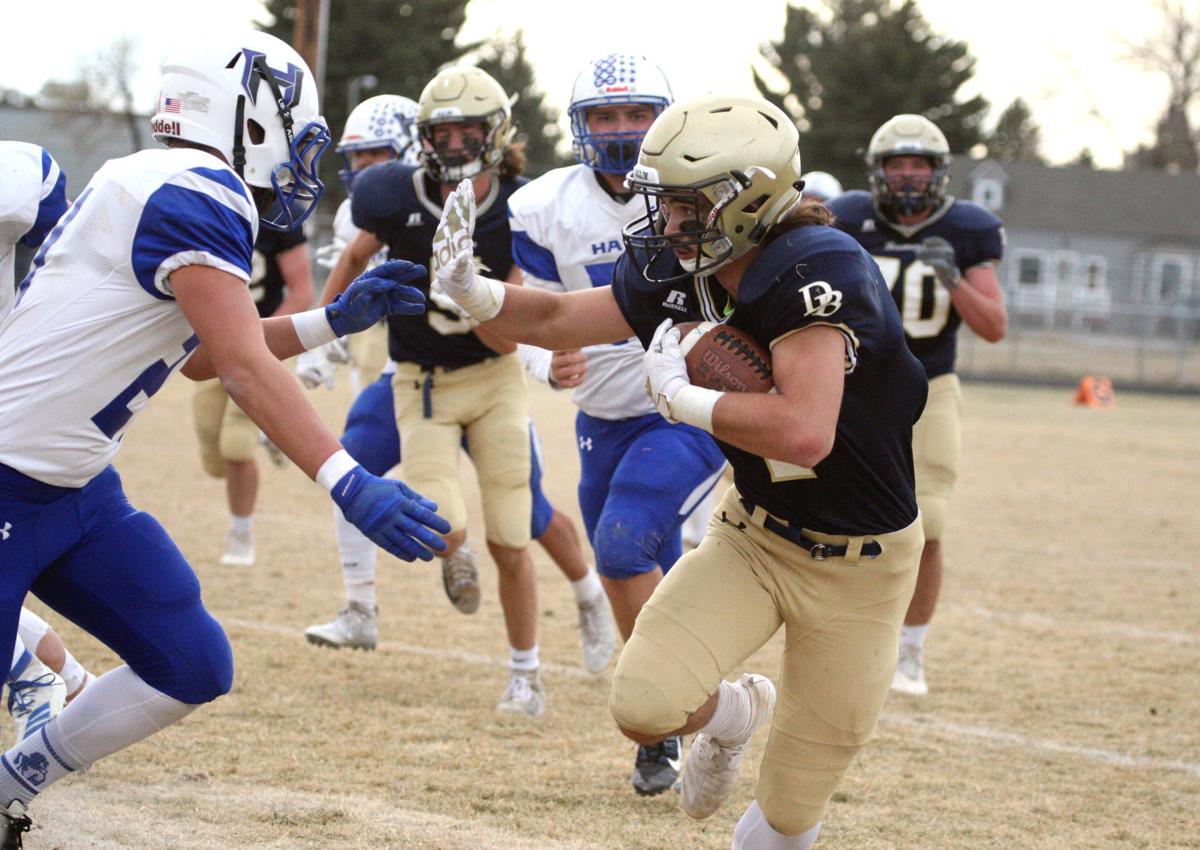 Dillon running back Michael Hupp attempts to stiff-arm a Havre defender during the Beavers' 47-7 win at Vigilante Field Saturday. 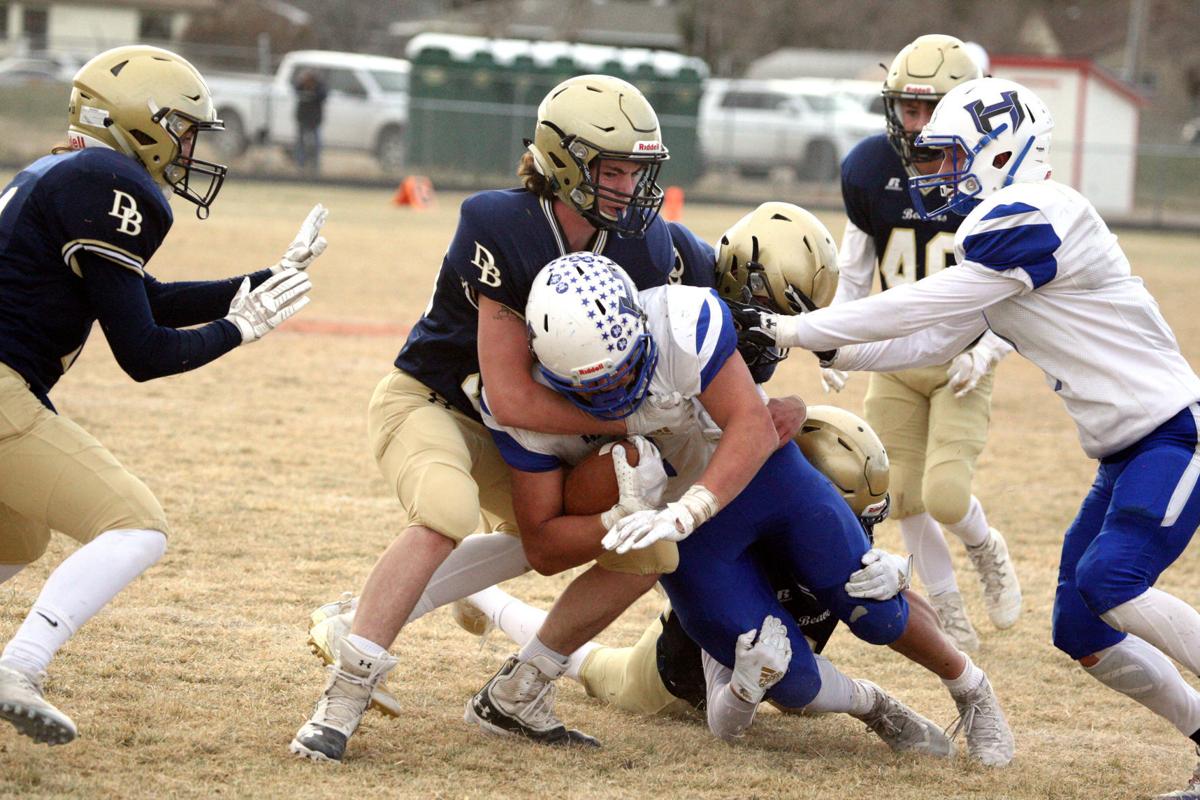 Dillon running back Michael Hupp attempts to stiff-arm a Havre defender during the Beavers' 47-7 win at Vigilante Field Saturday.

DILLON — Playoff football returned to Vigilante Field on Saturday afternoon, and the Dillon Beavers delivered a huge win to start their postseason.

Dillon took down Havre 47-7 in an impressive display from Western Class A’s No. 1 seed, earning the Beavers their ninth straight win and a spot in the Class A semifinals, where they will host Laurel.

Havre fell into an early hole, as the Blue Ponies' first offensive snap resulted in a Reese Bulkley fumble, which Dillon quickly capitalized on with a six-yard touchdown run from running back Peter Gibson to open the scoring.

“We missed playing last weekend,” McRae said. “To get to come out here after all the hard work over the past two weeks, it’s just fun. I think we took advantage of some early turnovers and that carried our momentum through the game.”

That momentum snowballed into a seven-touchdown performance from Dillon, with quarterback Justus Peterson and running backs Gibson, Erik Westman, and Michael Hupp all reaching the endzone on the ground.

Gibson talked about the fact that having a plethora of options on the ground has been a source of success for the Beavers, and struggle for opponents.

“Our rotation keeps us all fresh,” Gibson said. “[Defenses] are always facing a new person, it changes things up and keeps the defense off-balanced. We’re always so fresh that it’s hard to keep up with us.”

Peterson also continued his impressive quarterbacking season, as the senior threw for 191 yards and a 20-yard score to receiver Cole Truman at the end of the second half.

Truman, who brought down four catches and 61 yards in addition to his TD, credited his quarterback for another good performance, and that life as a receiver gets a lot easier when you trust your quarterback to execute.

“This year has been really good between me and [Justus],” Truman said. “He’s really good at placing the ball wherever the defense isn’t, and I have to give a lot of credit to him. He puts the ball in great spots and we go get it.”

For Havre, it was the end of a playoff run that saw the Ponies beat Lewistown 14-13 on a last-minute touchdown from Mason Dionne, who also threw Havre's lone score in Saturday's loss.

The ending was not what the Ponies or head coach Ryan Gatch would hope for, but said that he couldn't be prouder of his class of seniors for playing to the finish and helping progress the Havre program.

“We’ve come a long way over the past few years,” Gatch said. “I couldn’t be prouder of our seniors. They’re great on the field, great people off the field, great members of the community. We go back to the drawing board, but we’ll miss them.”

Gatch also praised Dillon for a game well-played, and said that there is a reason why this isn't the Beavers' first deep venture into the Class A playoffs.

“They’re an awesome team,” Gatch said. “They did a great job today. One thing you’re looking at when you’re building a program is the school system, and Dillon is the cream of the crop right now. They have pride in their community and their team, and they came out and played that way.”

The 2019 season is still alive in Beaverhead County, and the next chapter involves a strong Laurel team that can relate to Dillon in a couple ways.

Each have one loss, and both displayed dominance in their opening playoff games, with Laurel matching the Beavers with a 50-0 win over Libby Saturday.

Friday night's 7 p.m. kickoff will be something to look forward to.