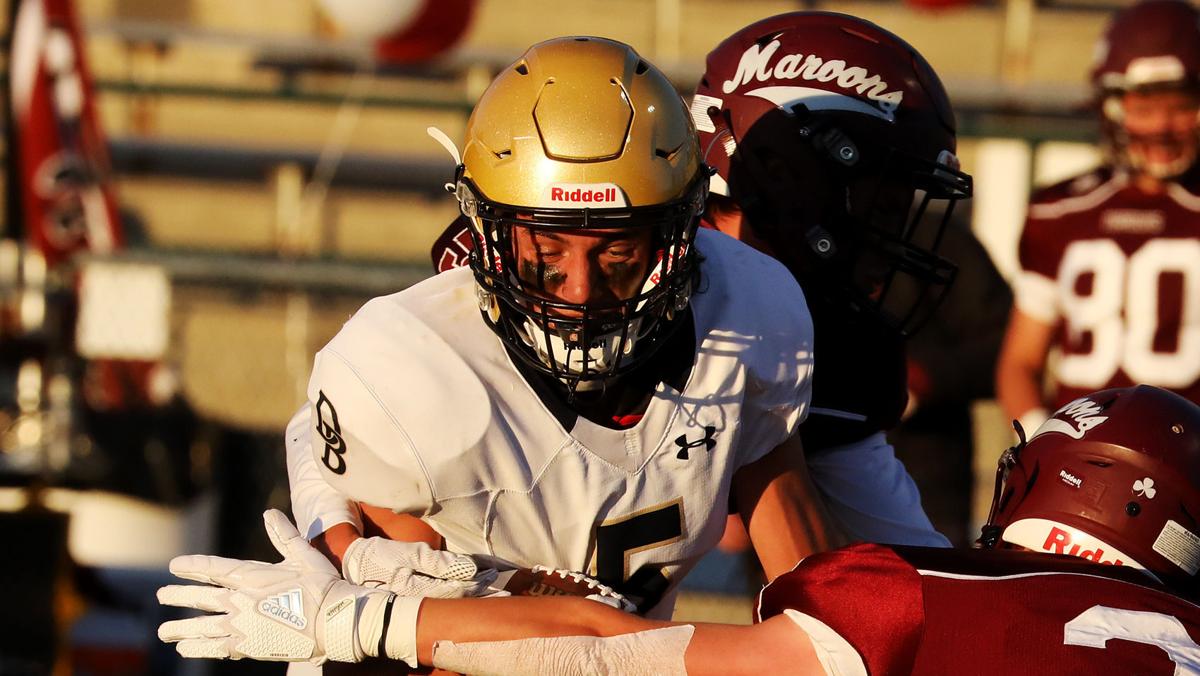 Dillon's Cole Truman collides with Butte players as he carries the ball in the first half against Butte Central High School on Friday evening in Butte. 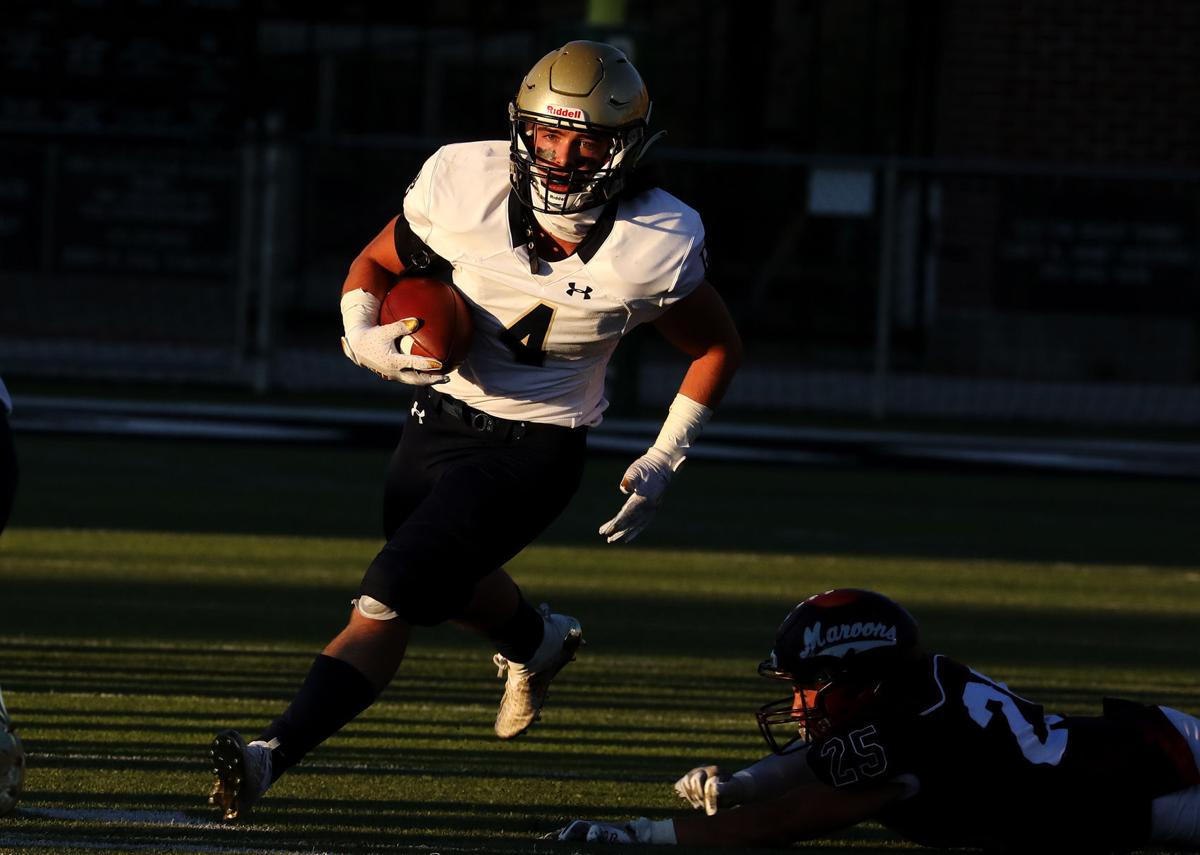 Dillon's Michael Hupp dashes past Butte players as he carries the ball in the first half against Butte Central High School on Friday evening in Butte. 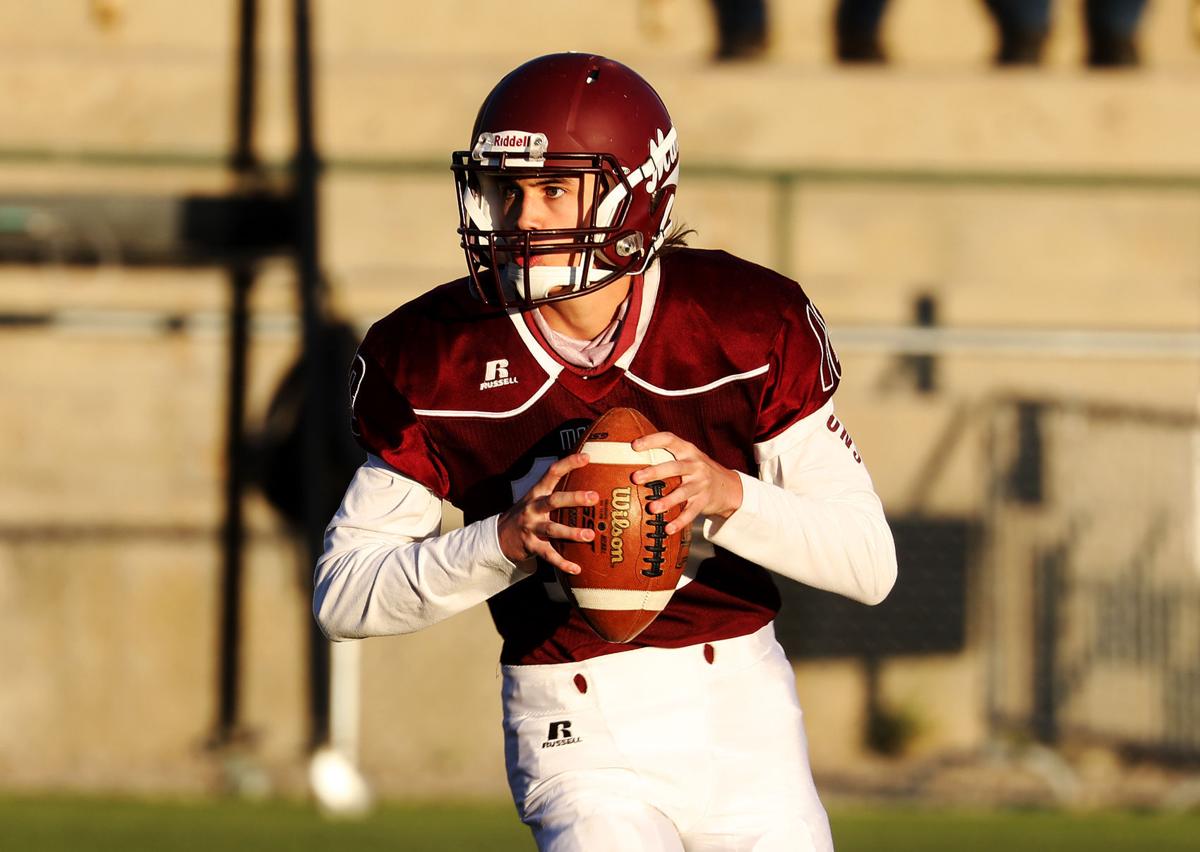 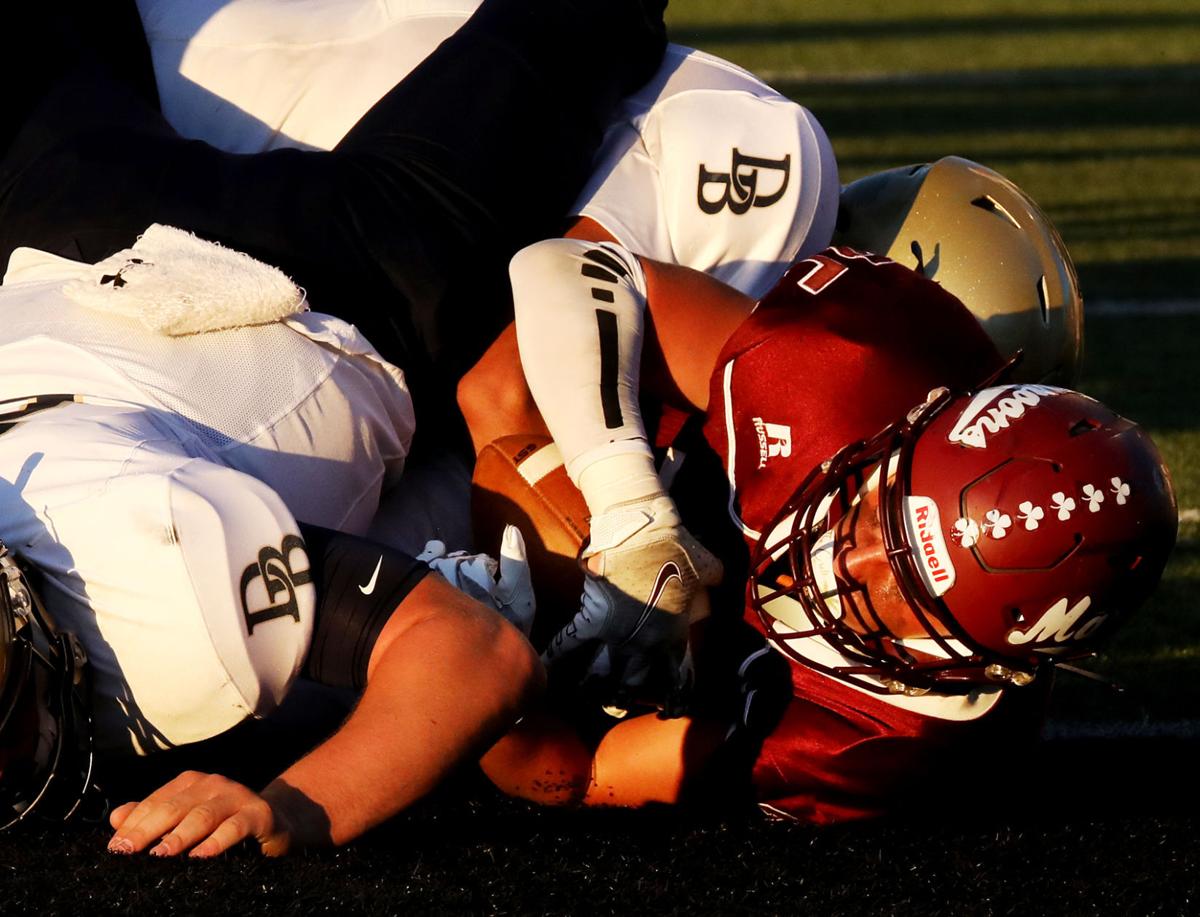 Butte's Konnor Pochervina is tackled by Dillon players in the first quarter of the Maroons' home game against Beaverhead County High School.

Dillon's Cole Truman collides with Butte players as he carries the ball in the first half against Butte Central High School on Friday evening in Butte.

Dillon's Michael Hupp dashes past Butte players as he carries the ball in the first half against Butte Central High School on Friday evening in Butte.

Butte's Konnor Pochervina is tackled by Dillon players in the first quarter of the Maroons' home game against Beaverhead County High School.

Dillon defeated Butte Central 41-0, as senior quarterback Jace Fitzgerald totaled five touchdowns, 248 passing yards and 84 rushing yards to propel the Beavers to a 3-0 record, while dropping the Maroons to 0-3.

Beavers head coach Zach McRae complimented his quarterback, who played elsewhere throughout his Dillon career thus far, for continuing to improve and becoming a player that the Beavers continue to build around.

“Jace has done a really nice job of continuing his maturation as a quarterback,” McRae said. “He’s doing a great job as a leader. On broken plays, he seems to get us in the right spot and he can use his legs to make some plays. The coolest part is that he’s just dedicated to getting better.”

Dillon and Central started the game at Bob Green Field with a fairly scrappy first quarter, as both sides looked to feel each other out, with the Maroons playing their standard rushing game complemented by rollout passes and the Beavers mixing it up with sweeps and early down passes.

After a deadlocked first quarter, Dillon broke through as Fitzgerald began to generate a rhythm on offense, scoring two 1-yard rushing scores and making the most of the field position battle.

Central was able to move the ball somewhat consistently through senior Egan Lester, but struggled to finish drives, all the while Fitzgerald and the Beavers continued to thrive, with the QB finding Jonny Reiser for a 8-yard passing score.

Central head coach Don Peoples Jr. said that his team had flashes of positivity throughout the game, but that the consistency required to compete wasn’t there.

“We just didn’t execute,” Peoples said. “We did a lot of good things, but we had some inconsistency issues. We’d have two-to-three good plays in a row, and then have a missed execution somewhere. Against a good team like Dillon, you just can’t do that.”

With just a pair of seconds on the clock before the half, Central quarterback Drew Badovinac took a keeper about 15 yards, but looked to pitch to keep the play alive, but Beavers corner Eli Nourse grabbed it in stride and took it about 50 yards for a half-ending score and putting the Beavers up 27-0.

Dillon refused to slow down, with the third quarter’s first play from scrimmage seeing Fitzgerald hit receiver Jon Kirkley on a five-yard route, which the junior then took for a 80-yard score, which was then followed up on the next drive by Fitzgerald’s third rushing score of the night.

The Beavers’ explosive night comes a week before the team’s high-level matchup with Hamilton, which will likely set the pace for what the Western A will look like heading into the rest of the season.

For McRae, he knows next Friday isn’t about what his team did in Butte, it’s about immediately shifting focus to the Broncs.

Fitzgerald connected with five different receivers while going 12 of 20, and senior running back Michael Hupp added to the Dillon rushing total with 47 yards on eight carries.

On the Maroons’ side, Badovinac completed 13 of 26 passes for 133 yards with another 13 yards rushing, while Lester concluded his night with 124 yards on 20 attempts.

While the loss was a tough one to take, Peoples said that he knows his team isn’t finished by any means, and that Central will continue to take the lessons in stride as a young team matures.

FLORENCE — The Florence football team scored 34 points in a single quarter Friday en route to a 48-6 home win over Anaconda.

Johnny Chamberlain got the offense in motion with a 19-yard running touchdown for Florence about 7 minutes into the 1st quarter.

The Falcons kept moving the sticks and Pat Duchien found Blake Shoupe for a 33-yard reception to find the end zone with about 2 minutes left in the first half.