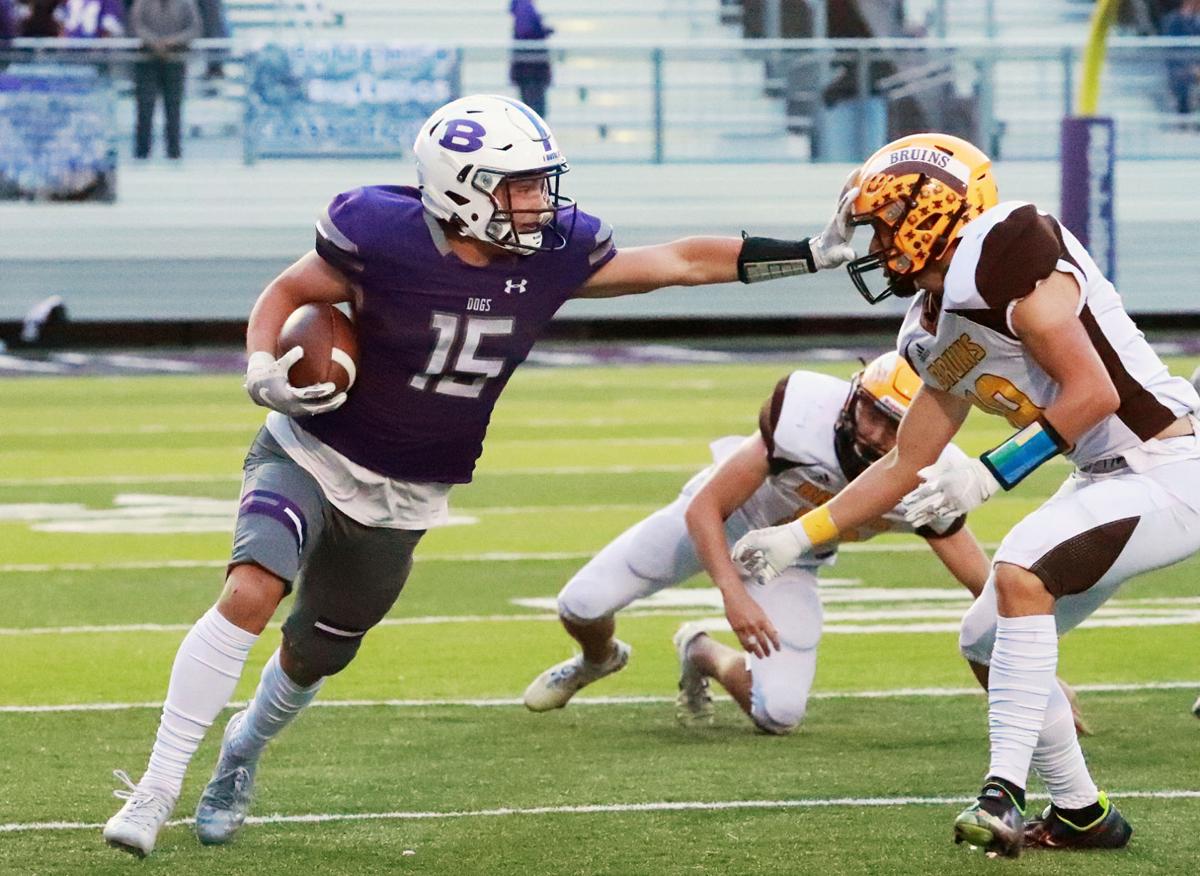 Butte's Kenley Leary carries the ball in the first quarter against Helena Capital on Friday during the Butte High School homecoming game. 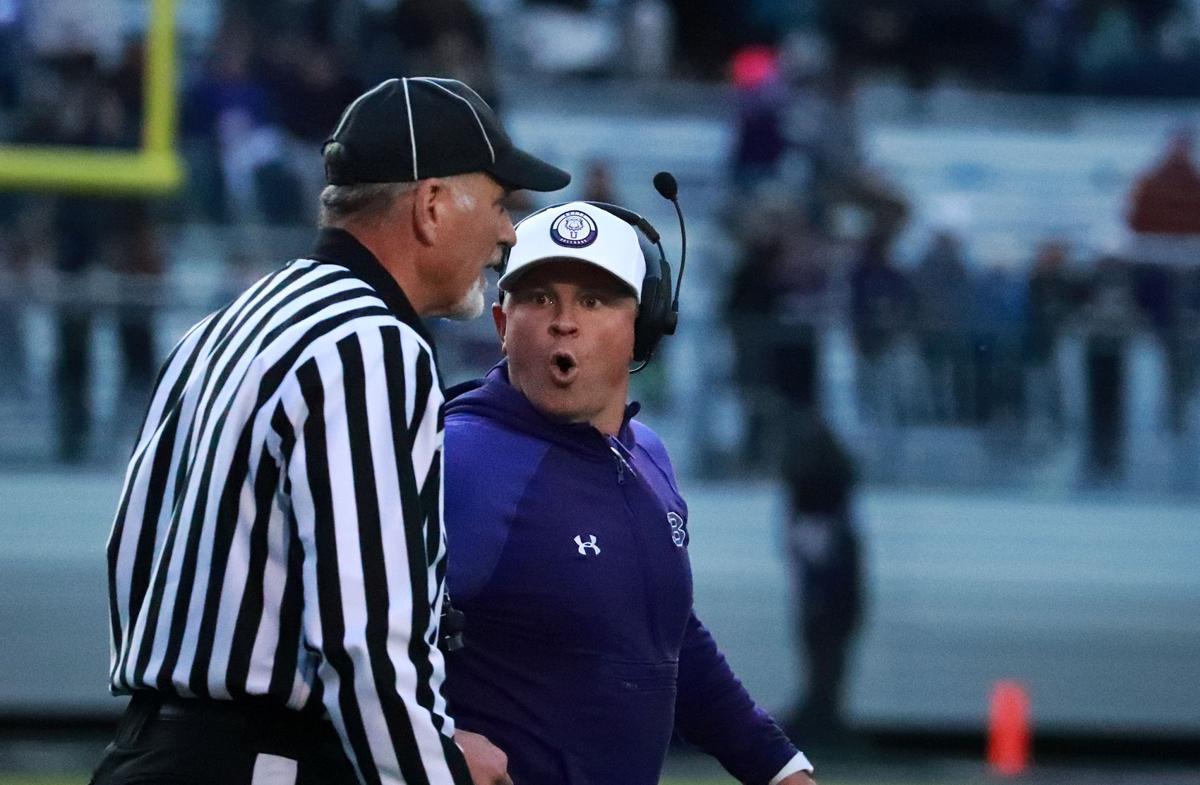 Butte's head coach Arie Grey approaches a referee on Friday evening after a player was injured. 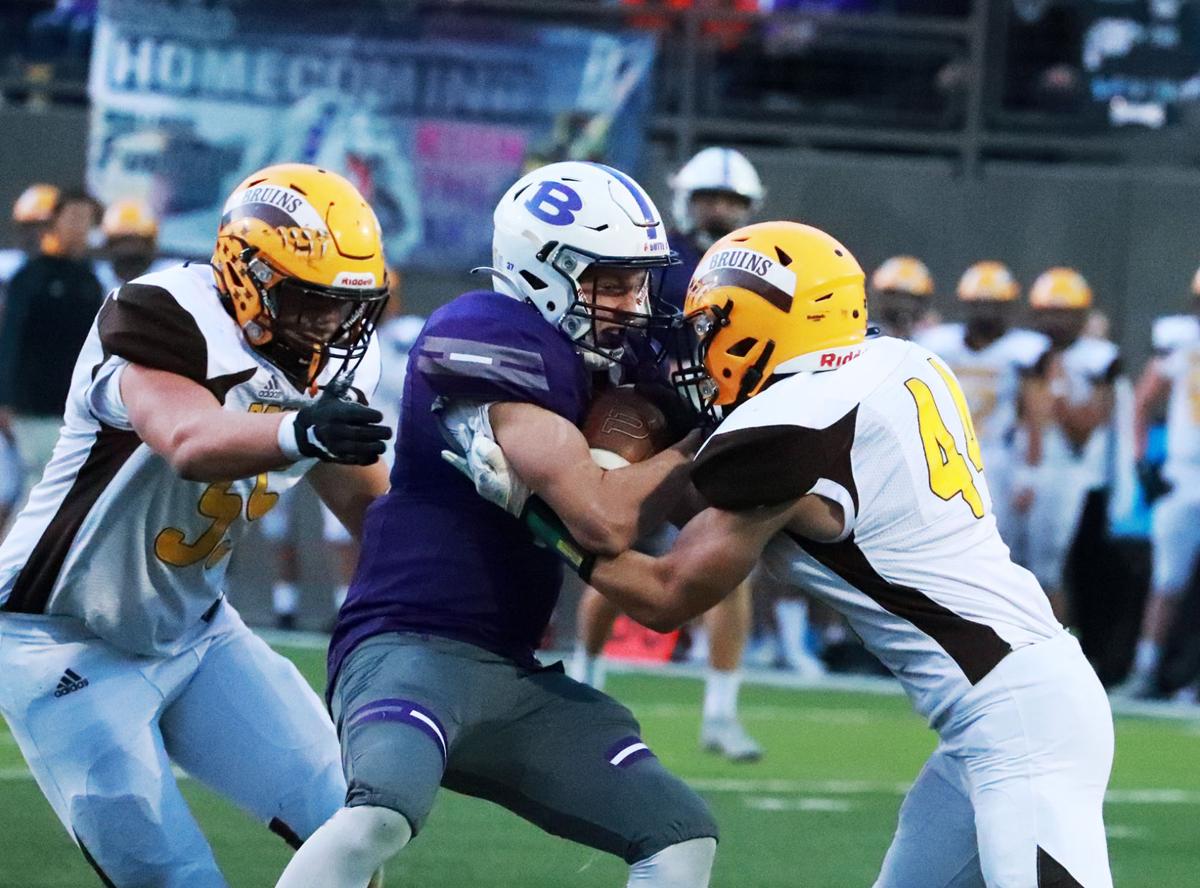 Butte's Cameron Gurnsey carries the ball as Helena Capital players try to bring him down on Friday night during the Butte High School homecoming game. 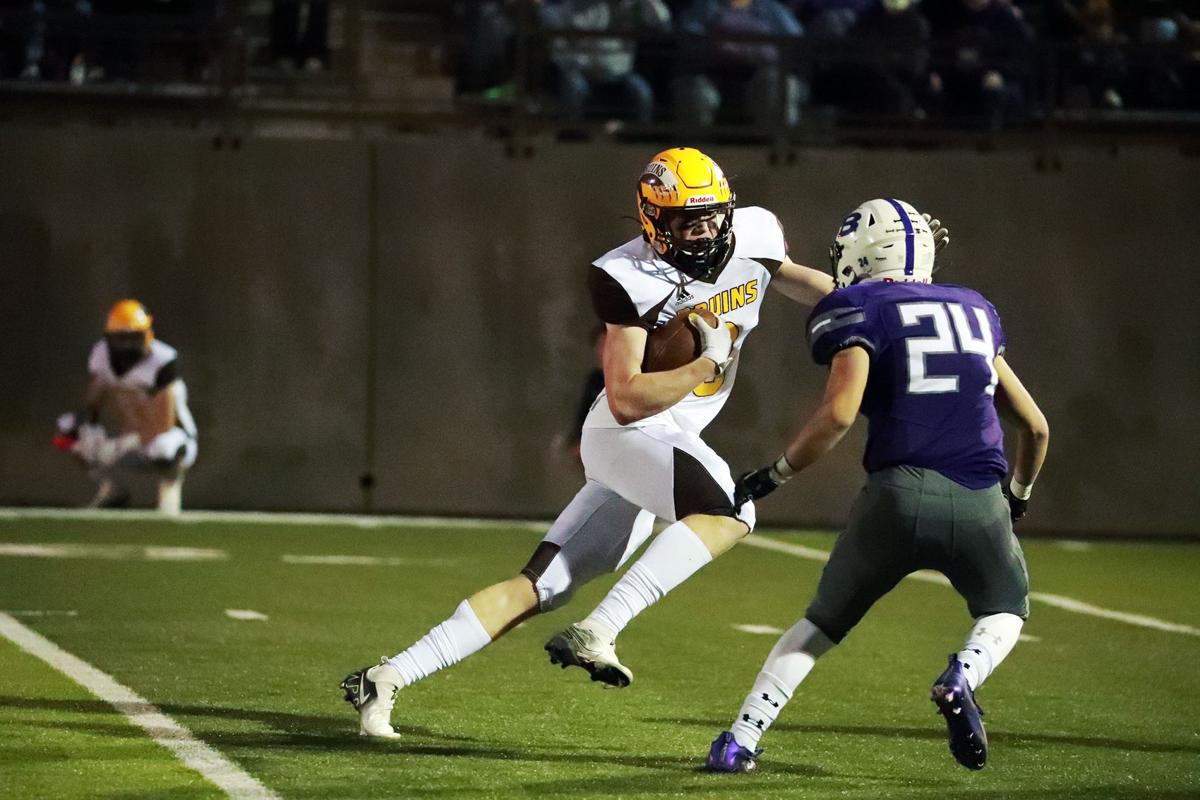 Butte's Kenley Leary carries the ball in the first quarter against Helena Capital on Friday during the Butte High School homecoming game.

Butte's head coach Arie Grey approaches a referee on Friday evening after a player was injured.

Butte's Cameron Gurnsey carries the ball as Helena Capital players try to bring him down on Friday night during the Butte High School homecoming game.

BUTTE — Before Friday night’s game in Butte, Helena Capital head coach Kyle Milehish said it was the most important game of the season for his Bruins.

“Our boys came out with a purpose,” Capital head coach Kyle Mihelish said. “We knew we had to start beating good teams in our conference if we want to get where we wanted to go. We had a good week of practice and that was the message.”

But after beating the No. 3 Bulldogs, 43-3 on homecoming, the Bruins ensured that they will have more important games down the road as the win moves them into a tie for second with Butte at 3-1 in the Western AA and 4-2 overall.

"Hats off to Capital, they played really well and really physical," Butte coach Arie Grey said. "I didn't have our team ready to roll. It's a great group of kids and they played hard but I didn't have them ready. We'll be better next week."

The night started off perfectly for the Bruins, who drove nearly 80 yards down the field following a defensive stop and on a third down, Joey Michelotti hit Eric Cockhill for a 17-yard touchdown.

Following touchdown runs by Tyler Kovick, set up by a 38-yard pass from Michelotti to his cousin Nick Michelotti, and another by Dylan Graham, who had over 120 yards rushing in the first Capital led 21-3 at the intermission.

In the third, instead of a Butte comeback Capital landed a knockout blow and did so on the first play of the second half.

"Capital did a great job," Grey said. "We didn't do a great job in quarterback protection but really it's on me. We're going to learn from this and grow."

Taking an end-around, receiver Tom Carter scampered 80 yards for a touchdown, and following a two-point conversion after a botched snap, the Bruins led 29-3.

And if everything wasn’t already going their way, the Bruins recovered a Butte fumble on the next possession and got a 30-yard touchdown from Hayden Opitz to make the score 36-3.

"We're going to get back after it tomorrow, this was a great life lesson on how to handle adversity," Grey said. "I know this group well and they're a great group of kids. We'll bounce back, I know we'll bounce back."

Michelotti had a near-perfect night playing quarterback and tossed two touchdowns in addition to a number of big throws down the field. Carter totaled more than 100 yards rushing and receiving and scored, while Graham and Kovick added touchdowns too.

In the Western AA, it means the Bruins are still within one game of the top spot and hold the tiebreaker for the No. 2 spot with three games to go against Sentinel, Missoula Hellgate, and Helena High.

For Butte, the loss ended a four-game winning streak. Turnovers hurt the Bulldogs and for the first time this season, they were held without a touchdown, settling for a second-quarter field goal from Casey Kautzman.