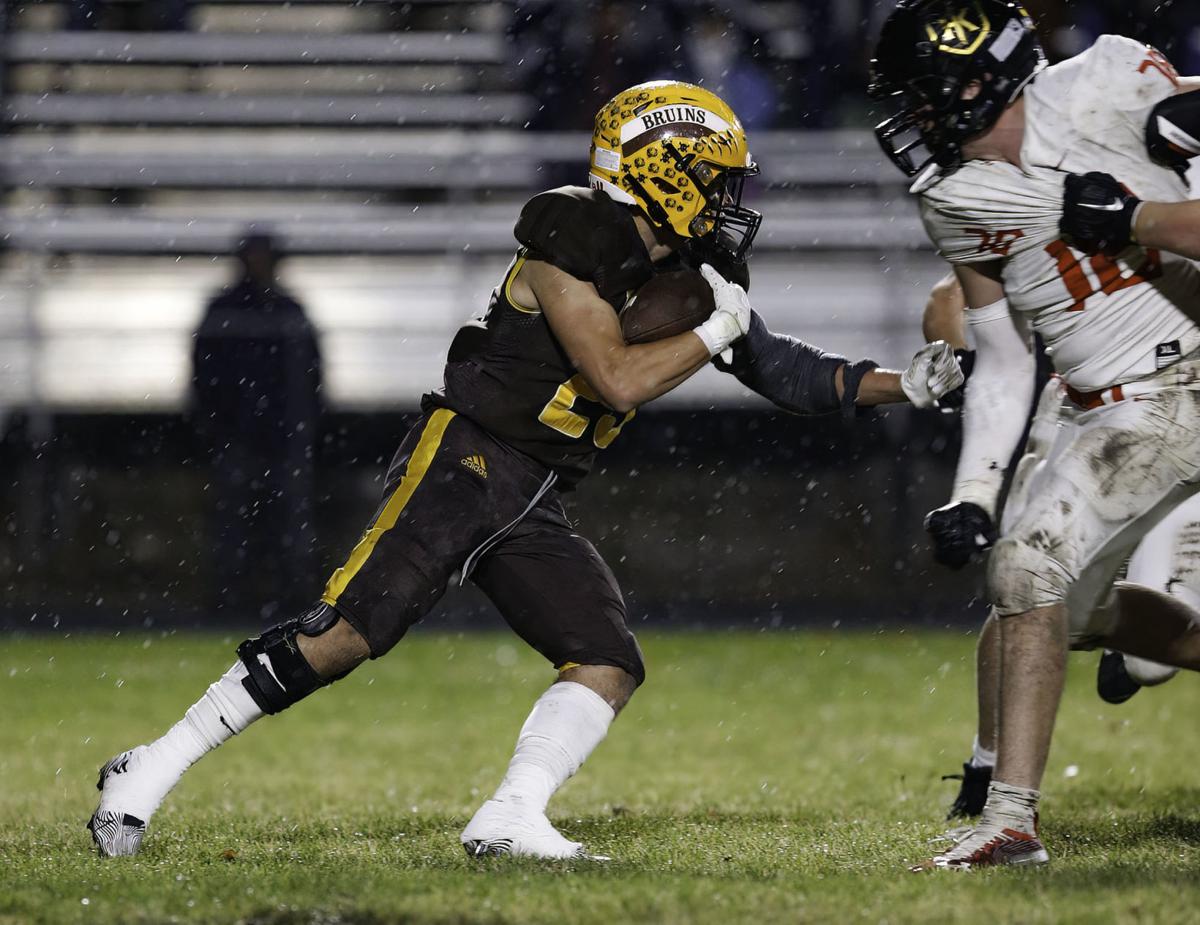 Dylan Graham of Helena Capital runs the ball against Missoula Hellgate on Friday night in a 48-6 win. 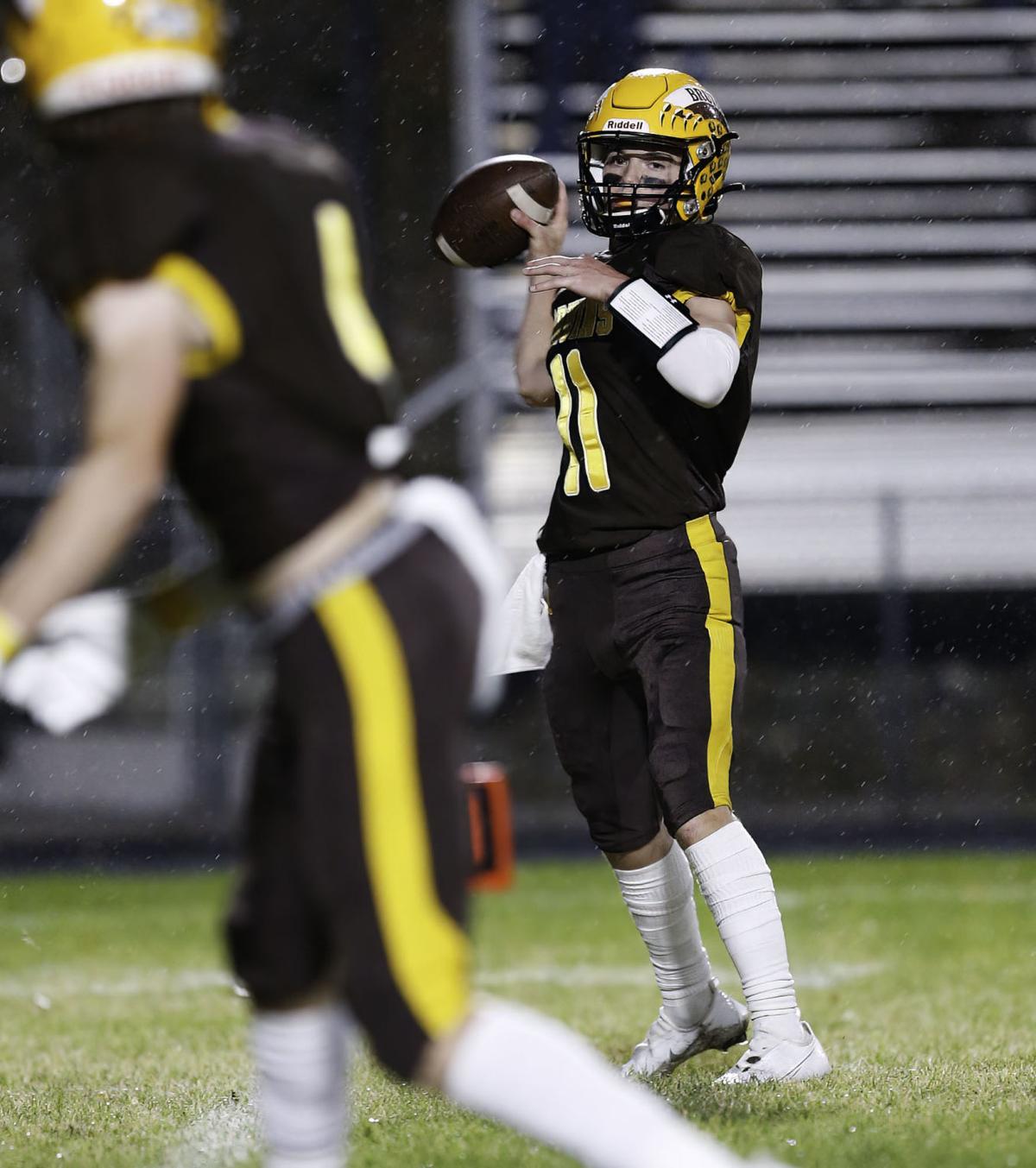 Joey Michelotti throws a pass in a four-touchdown performance for Helena Capital in what turned out as a 48-6 win Friday at Vigilante Stadium. 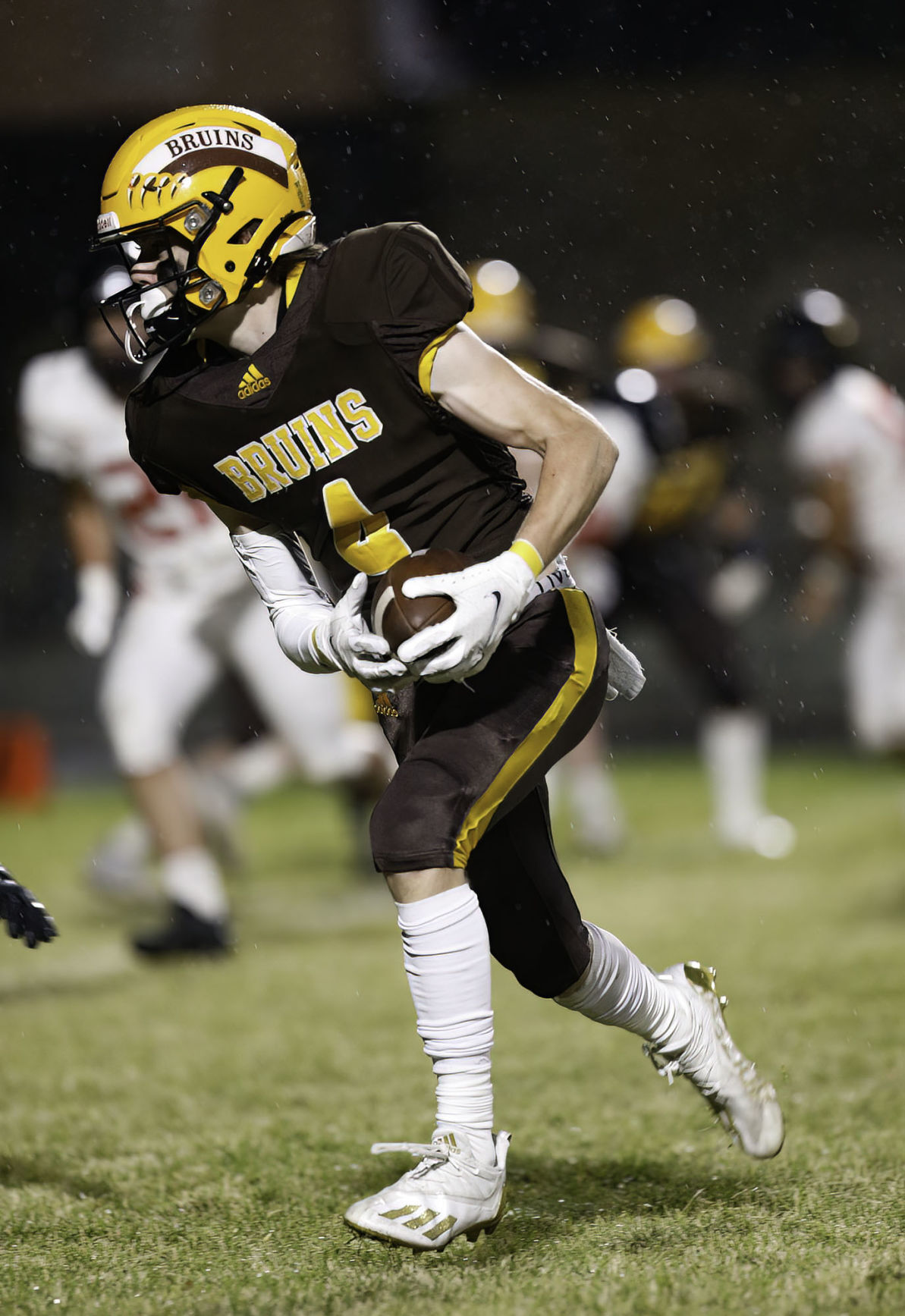 Capital's Eric Cockhill caught four passes for 58 yards in the win for the Bruins over Missoula Hellgate. 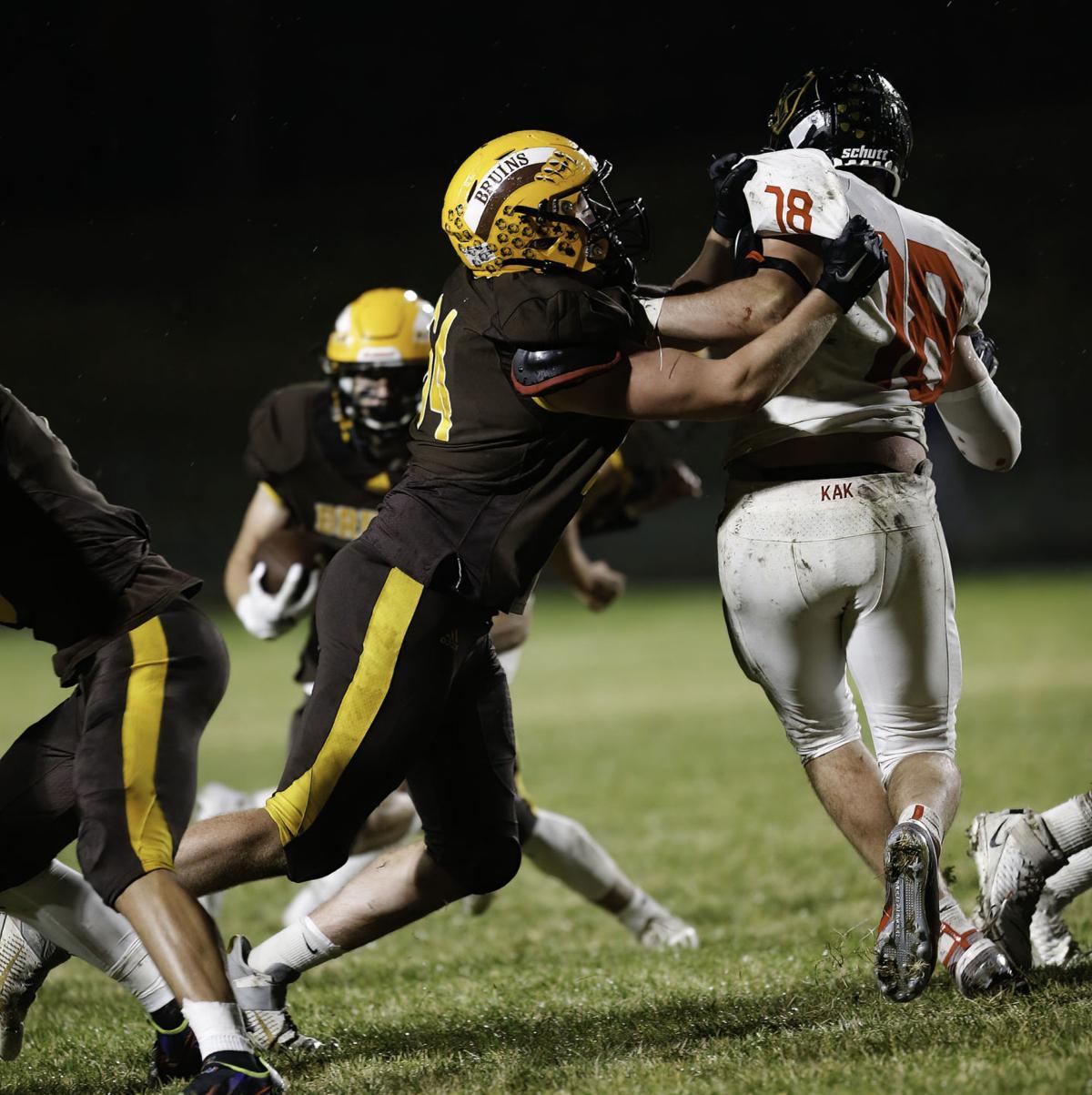 Jamey Michelotti blocks a Missoula Hellgate defender Friday night in a 48-6 win for the Bruins.

Dylan Graham of Helena Capital runs the ball against Missoula Hellgate on Friday night in a 48-6 win.

Joey Michelotti throws a pass in a four-touchdown performance for Helena Capital in what turned out as a 48-6 win Friday at Vigilante Stadium.

Capital's Eric Cockhill caught four passes for 58 yards in the win for the Bruins over Missoula Hellgate.

Jamey Michelotti blocks a Missoula Hellgate defender Friday night in a 48-6 win for the Bruins.

HELENA —  Helena Capital quarterback Joey Michelotti didn't want to take all the credit for the Bruins' offensive explosion against Missoula Hellgate, one that resulted in a 48-6 win Friday at Vigilante Stadium.

But when you account for more than 230 total yards and four total touchdowns (three passing, one rushing) there's only so much deflecting you can do.

"We all played well," Michelotti said. "Even through the rain, we still played a pretty good game. We should have finished it earlier but the offensive line was great and our running backs too. They made things a lot easier."

Known for its ability to run the ball, Capital struck first with the passing game as Michelotti connected with Eric Cockhill for 21 yards on third-and-20 before hitting Dylan Graham on a perfect wheel route for a 20-yard score to make it 7-0 Capital just minutes into the game.

The next time the Bruins got the ball, it was touchdown pass No. 2 for Michelotti who found Cockhill and after the senior wideout avoided two defenders and scored from 15 yards out, it was 14-0 in the blink of an eye.

"He threw the ball well," Capital head coach Kyle Mihelish said of Michelotti. "Every week, I think his confidence grows. You have to credit the offensive coaches for that and getting him into a game plan he's comfortable with."

CHS nearly went up three scores but turned it over on downs early in the second quarter and that's when Hellgate, an explosive offense in its own right, went to work.

Connor Dick who accounted for over 250 total yards on the night, including 69 on the ground, advanced the ball into the red zone for the Knights and eventually to the one before Capital made a fourth-down stop of its own.

Starting at its own one-yard line, Capital drove the ball 99 yards in six plays after a 65-yard touchdown run from Dylan Graham to go in front 21-0. Prior to the half, Luke Sullivan, Capital's other lead running back, scampered 31 yards for a score, making it 28-0 at intermission.

"Our backs were fantastic," Mihelish said. "Dylan Graham, (Luke Sullivan) and Tuff Adams, there in the third quarter, they all did a heck of a job. Credit to the offensive line too. They were able to open up some holes. We do have to work on our holding calls, we can't be working out of third-and-30 all the time."

More than once, though, Michelotti and the Bruins were able to convert on 3rd-and-20 and after a touchdown in his first career game on a third-and-20, it seems the junior might have a knack for it.

"He just goes play to play and doesn't let things bother him," Mihelish said. "He moves on and moves forward and hopefully, he continues to make those plays but also, hopefully, we aren't in those situations."

Leading by four touchdowns to start the third, Capital turned it over on downs again in Hellgate territory and this time, the Knights took advantage as Dick found Ian Finch for a five-yard score to make it 28-6 with 4:33 left in the third quarter.

The score stayed that way for a minute, until Michelotti dialed up a couple more big plays.

On the first play of the fourth, he scrambled 35 yards for a score, pushing the lead to 29. Then, on the next possession, he found Tom Carter in the end zone on a 48-yard strike, effectively ending the competitive stage of the game.

"My coaches have confidence in me," Michelotti said. "And my teammates trust me. They know I can get it done."

Sullivan led the way with 127 yards, while Graham went over 100 total. Cockhill also added four receptions for 58 yards and a score.

Defensively, Henry Gross had a sack for CHS, while Mason Greene and Tyler Kovick each had interceptions.

Dick completed 16-of-30 passes for 184 yards and one score but he was also intercepted three times and fumbled once. Finch also had a solid night with seven receptions for 73 yards and a touchdown.

Roundup of coverage from Week 7 of the 2021 fall high school sports season in Montana.