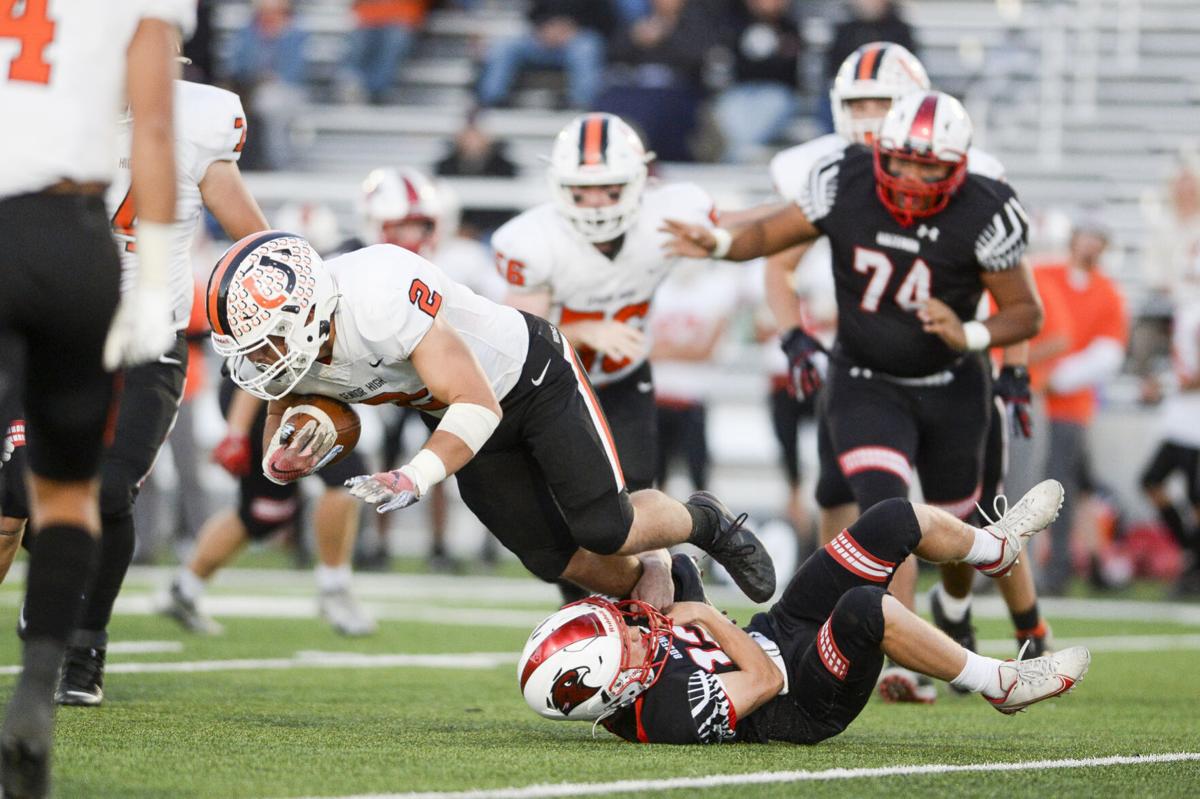 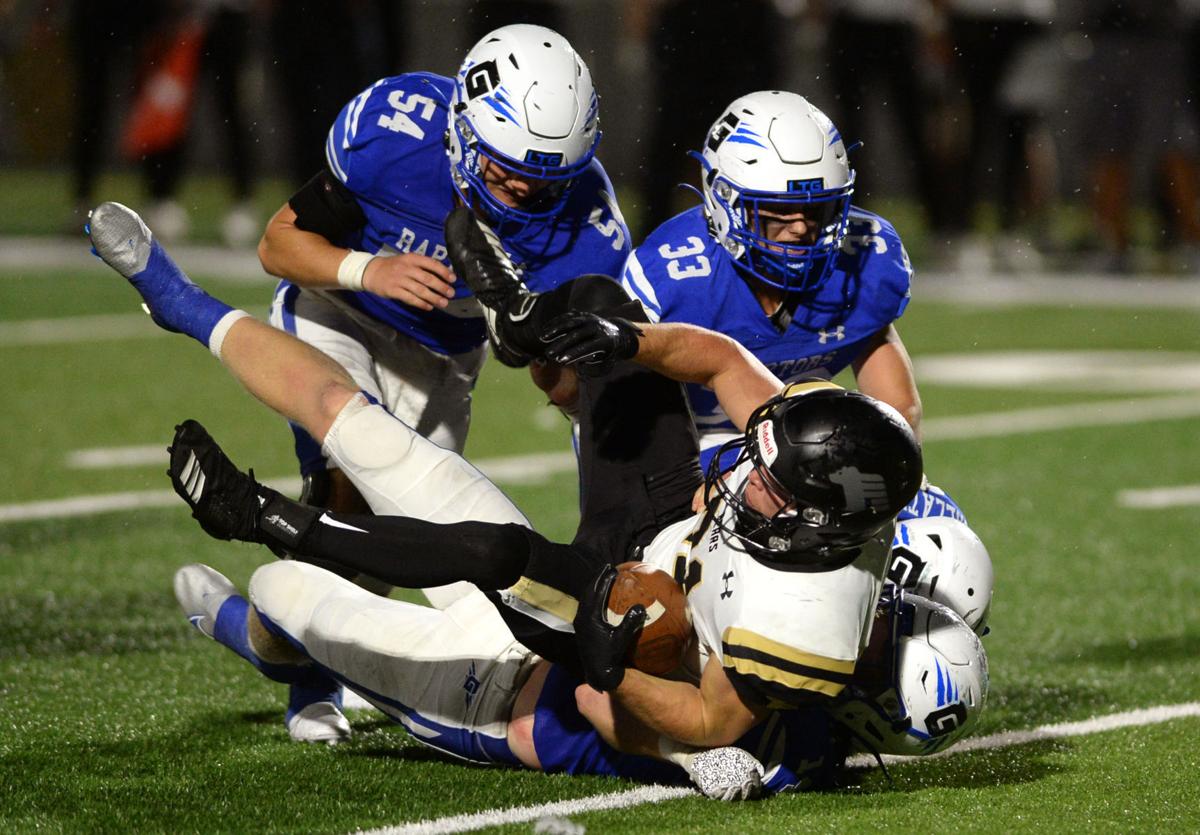 Gallatin's Tyler Bachich (54), Corbin Holzer (33), Aidan Martin and Jake Vigen (both on bottom) take down Billings West's Michael DeLeon in the first half of a game Sept. 10 at Van Winkle Stadium. 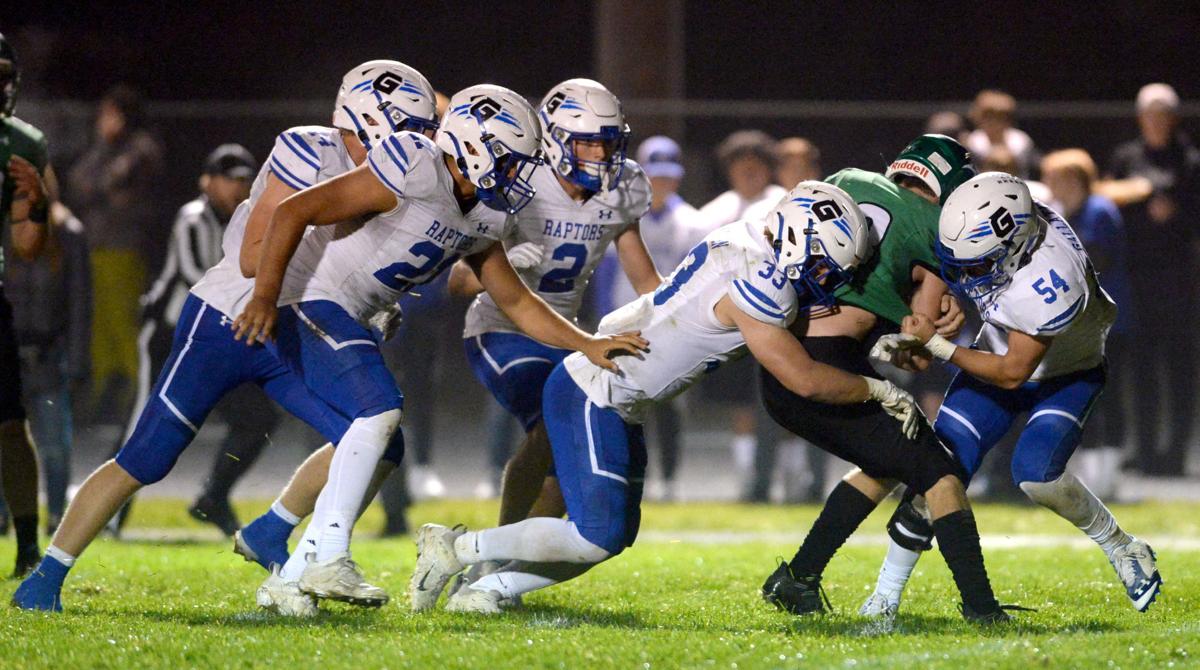 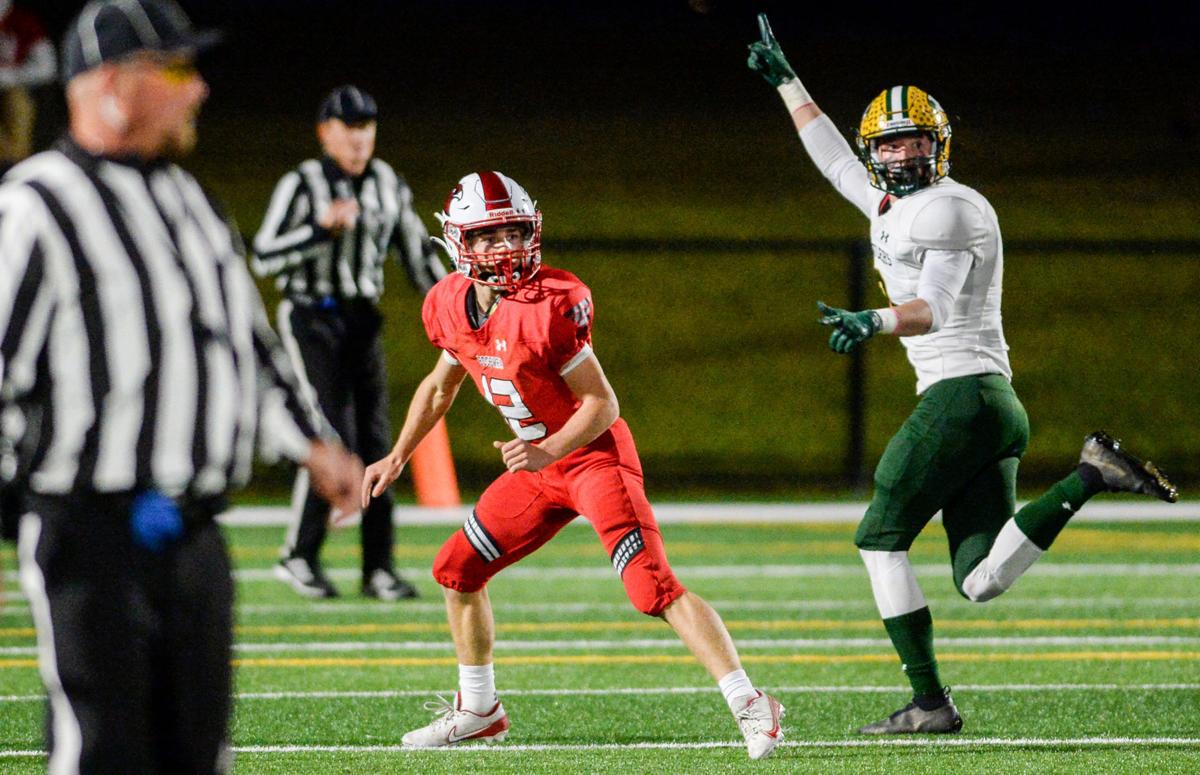 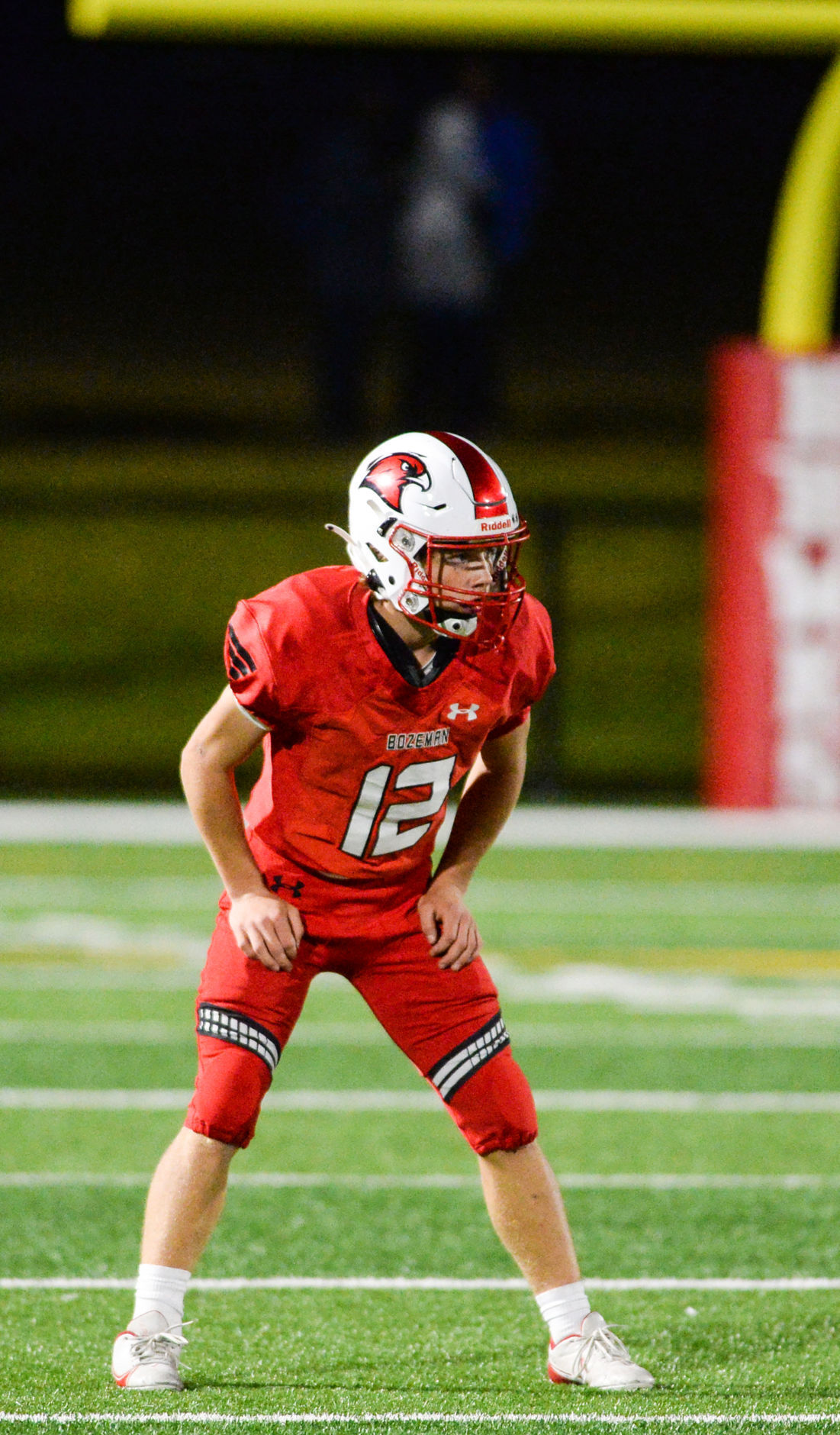 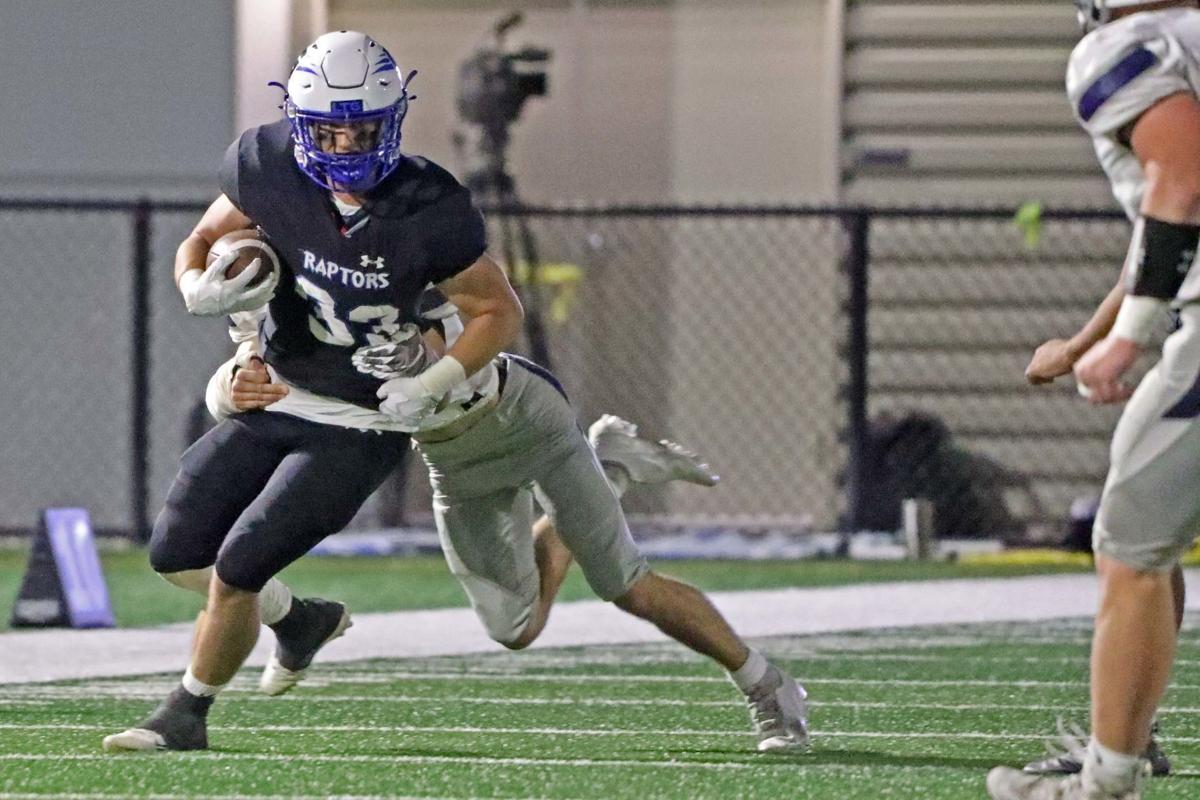 Gallatin's Tyler Bachich (54), Corbin Holzer (33), Aidan Martin and Jake Vigen (both on bottom) take down Billings West's Michael DeLeon in the first half of a game Sept. 10 at Van Winkle Stadium.

BOZEMAN — Corbin Holzer isn’t sure where his parents plan on sitting Friday night at Van Winkle Stadium, but he expects them to be wearing all black.

When Gallatin and Bozeman face each other in the second installment of the in-town rivalry, Corbin Holzer and his younger brother Cordell Holzer will be on opposite sidelines wearing blue and red.

Their parents’ choice in nonpartisan outerwear will follow the trend around the house set by the brothers. Corbin is a senior linebacker for the Raptors, and Cordell is a sophomore defensive back for the Hawks, but there’s no animosity as a result of attending different schools.

“We don't talk much about football,” Cordell said. “He'll talk about his team, and I'll talk about my team, but there's no trash talk really.”

Entering Friday, Bozeman is 4-3 overall and in second place in the Eastern AA standings with a 4-1 mark. Gallatin is 3-4 overall and 1-4 in the conference. Both teams have just one game remaining after this week.

For either team to win this year, the brothers identified the need to contain the offensive playmakers on the other side.

“Mainly stopping the run, that's our priority every game,” Corbin said. “Once we stop the run and teams start passing the ball, I think we’ve got a lot of good athletes in the secondary.”

Said Cordell: “We’ve got to keep the ball out of their good players’ hands.”

So far this season, the Holzers have played key roles on their defensive units.

Cordell, who is listed as 5-foot-7 and 165 pounds, is sixth on Bozeman’s team in tackles (34). He has four tackles for a loss, one sack and a fumble recovery.

“He's very fast, and he's a good athlete. I think that definitely helps,” Hawks head coach Levi Wesche said. “He's got really good ball skills. He's going to be a really great receiver for us too down the line.

“He just has no fear when it comes to tackling. He plays a lot bigger than his size, that's for sure.”

Corbin, who is 6-foot and 185 pounds, leads the Raptors in tackles (38) and he has three tackles for a loss, two sacks, a fumble recovery and an interception.

“He knows our defense really well,” Gallatin head coach Hunter Chandler said. “He flies around and communicates really well on defense. He's a great leader in that aspect. He's a kid, honestly, who we could play in a bunch of different positions and he would have success.”

The Holzers also recognize what makes their brother valuable in his position.

“He's aggressive and can read the field well,” Cordell said of Corbin. “I think he's a good player all around.”

Corbin said he is proud of his younger brother for earning a starting spot on varsity as a sophomore.

“I think that says a lot about him and his work ethic,” Corbin said. “He's not the biggest kid like me, but for how big he is, he really plays hard and he really sticks his nose in there. He's a hard-working kid, and I think he shows it out on the field. He deserves that spot that he has.”

“He's a very good athlete, and most importantly I think he might be the most competitive kid on our team,” he said. “Every game he makes a play that makes you go, ‘Wow.’ That kid just understands the moments, and he puts himself in a great position. I love coaching Cordell. He's one of my favorite young kids on our team.”

During film sessions in preparation for Gallatin — and while watching tape of common opponents that have played the Raptors — Wesche said he sees a lot of promise in Corbin as well.

“I feel like Corbin's one of the better linebackers in the state,” he said. “When you do a game plan, he’s definitely a dude that pops out at you on the film.”

The Holzers will undoubtedly play a role in limiting the offense of their brother’s team on Friday.

Chandler said on Monday it’s “still kind of up in the air” regarding which player will start at quarterback Friday.

The Holzers are hoping their brother plays well but that their own team comes away with a win. They are both primarily defenders, so it’s unlikely they’ll share the field for more than just the pregame introductions.

However, Cordell is also Bozeman’s long snapper and Corbin is a punt returner for the Raptors, so there is a chance.

“I think I'll see him on that,” Corbin said. “Hopefully we can get a block so he doesn't tackle me.”