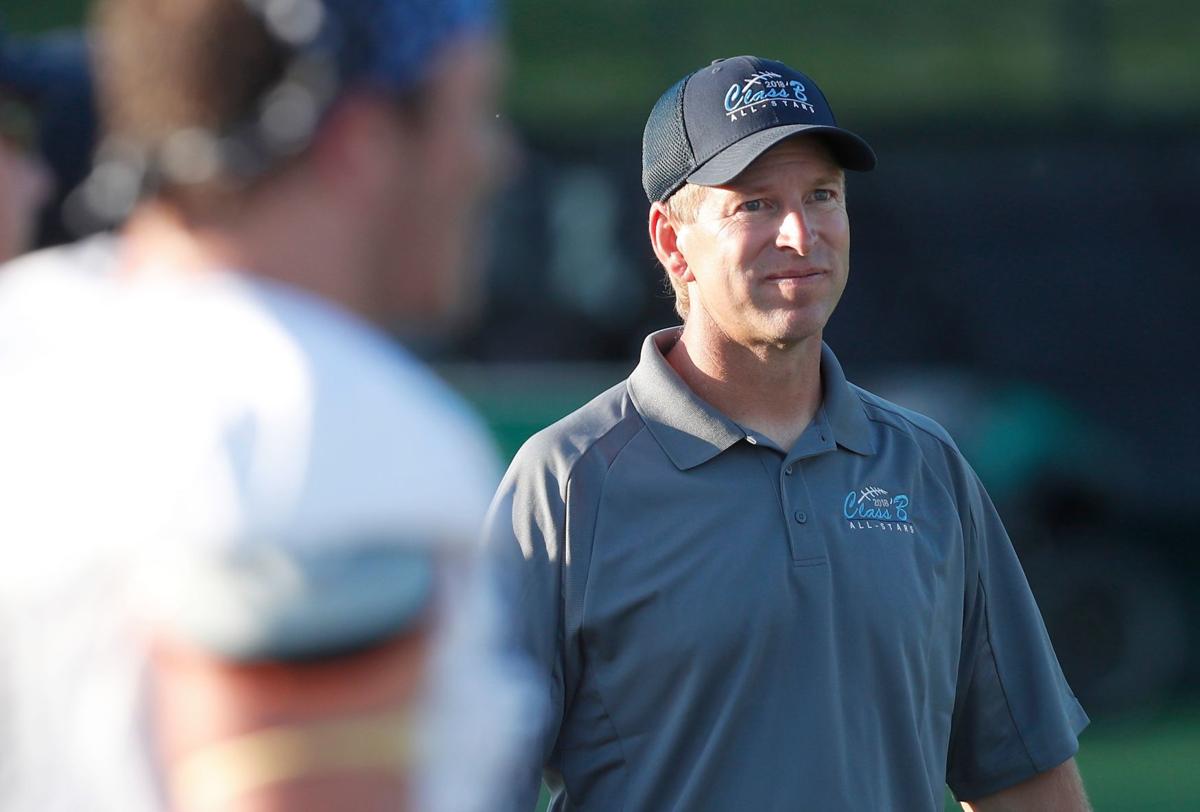 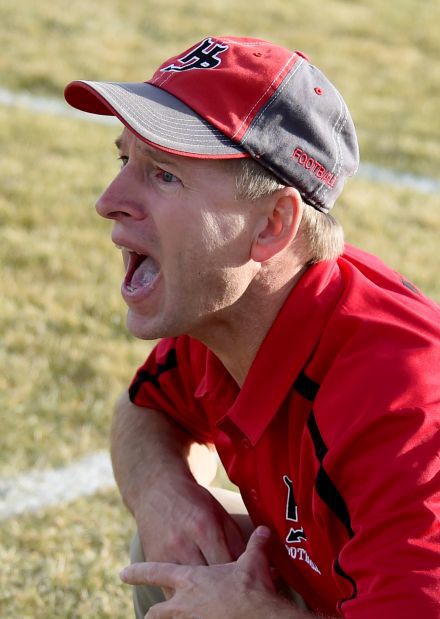 Huntley Project head coach Guy Croy is pictured during a Class B football quarterfinal playoff game against Fairfield in Worden in 2014.

Huntley Project head coach Guy Croy is pictured during a Class B football quarterfinal playoff game against Fairfield in Worden in 2014.

Croy coached the Red Devils for seven years and his teams made the playoffs every year but 2012, his first year at the helm. The Red Devils were the State B runner-up in 2014 and 2015. This past year, Project reached the quarterfinals.

“There was a meeting last Wednesday and since then, I just talked and visited with our coaches. Every day they would reach out and see how I was doing,” Croy told 406mtsports.com in a phone conversation Tuesday morning. “From that meeting, I just didn’t feel I had the support. I just felt there were differences between the administration and myself. And that’s what I told them.”

“I felt I didn’t have the support and there was differences between the administration and myself.

“My dad died when I was a teenager and one thing he instilled in me growing up on a ranch and farm is you have to stand firm in what you believe,” Croy continued. “This was a tough, tough decision. Unfortunately, I am hurting.”

Croy was the AD at Project for six years before he resigned last August. Bastian became the AD after Croy resigned.

“He is a great football coach and done a lot for Huntley Project and we thank him for that,” Bastian said. “He’s done a lot for many individuals at Huntley, not just football but all athletics.

“He has done a great job in the classroom and building relationships that way.”

The 47-year-old Croy, an Ennis native, was unsure of his career record with the Red Devils, saying, “I always tell the kids you don’t remember a score, you remember the journey and everything that goes along with it. That’s why it’s such a great game.”

During Croy's tenure, Project was a yearly playoff team after Croy’s first season of 2012. In 2013, Glasgow defeated the Red Devils 30-7 in the first round of the playoffs. In 2014, Townsend defeated Project 14-7 for the state title. The following year, the Red Devils again made it back to the title game before falling 27-13 to Fairfield.

In 2016, Project was defeated 40-37 by Shelby in the first round of the playoffs. The past two years, Project was eliminated in the quarterfinals; with a 36-21 loss to Fairfield in 2017 and a 56-12 setback to Missoula Loyola this past season.

“To me, it’s all about the kids. I’m just a small part. It’s the players and their successes,” Croy said. “That’s how I am I guess. I am just happy to see kids grow as men and have success. The players have given me an unbelievable ride. These players have let me come along for the journey and I thank them for that.”

It was important to Croy to inform his players of his resignation.

“I let the players know last night. We do weights in the evening and workouts and I basically spent the last six days talking to my coaches and it wasn’t an easy decision and I decided last night to inform our players that were there,” Croy said, his voice breaking at times. “I am still trying to reach out to them. Not all of them were there. I am still trying to touch base in person, or by phone, with some of them. When you spend six or seven years with young men, there is a relationship that develops there.”

Croy said in addition to resigning as football coach, he would not be returning to Project as an assistant coach in wrestling or track and field.

Croy’s son, Asher Croy, was an all-state player for the Red Devils’ football team this past year. Croy was a first-team all-conference running back and second-team all-conference linebacker. He is a three-year starter and rushed for 2,173 yards while scoring 34 touchdowns last year.

“He’s going to be a senior and … as you can probably imagine it would be pretty tough to stay and him play for somebody else in those circumstances.”

Croy said he was not resigning as Project’s football coach because he already had an opportunity to coach somewhere else.

“It’s not because I have another coaching opportunity or job that came,” he said. “I’m trying to do what is best for our family. This has been difficult for Asher as well. He is very supportive in the decision. We met as a family as well.

“It’s a leap of faith. Like I said, I truly feel you have whatever your philosophy and standards are. It’s been instilled in me from a young age, you have to stand firm in what you believe.”

Wandle said it will be tough to fill Croy’s shoes.

"He (Croy) is a heck of a football coach and a good man and has benefited a lot of our kids," said Wandle. "We'll open it up to see what we can find and try and carry on the tradition of Huntley Project football and Guy has done a good job of continuing that."

Wandle said the position would be posted Tuesday afternoon.

"It's a big role and Guy has done a great job at it," Wandle said. "We really appreciate all he's done."

Bastian and Wandle said school district employees will have the first chance to apply for the job.

“We open it in house and see if anybody is interested and if not we open it outside the district,” Bastian said, noting it would be ideal to have a new coach in the next couple of weeks.

The timing of Croy’s resignation could be tricky for Project. The first practice date for football is Aug. 16.

“We have football starting soon and are trying to get started for camp,” Wandle said. “We have a little time, but we are up against it.”

“As of right now, that is the plan is we are trying to go forward and rally up some people to help the kids and continue on (at the team camp).”

Bastian said he has already communicated with Croy’s assistant coaches.

“This happened so quick … we are focused on getting the team camp going,” he said. “That is the first focus.”

BILLINGS — Pending school board approval on Monday, Jay Santy will be returning to coach the Huntley Project football team.