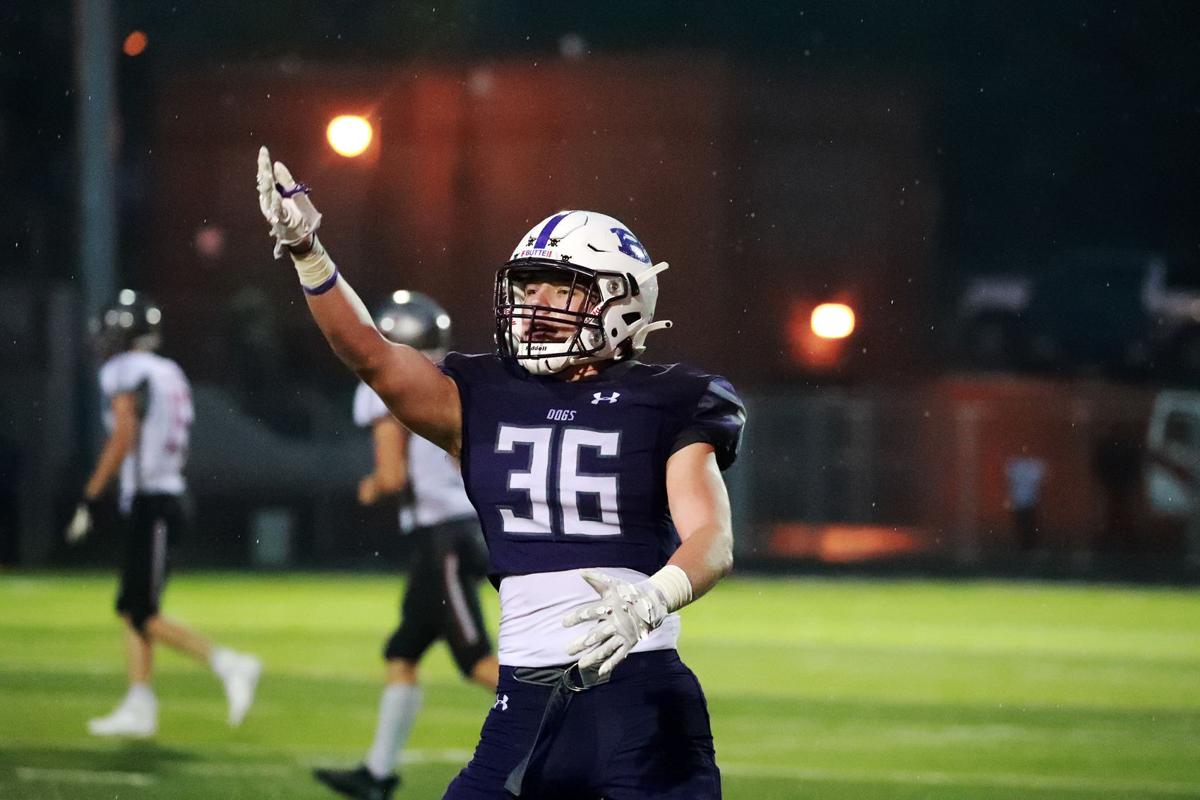 Butte's Keegen Muffich celebrates after the Bulldogs make a play on Friday night against Helena High School in Butte. 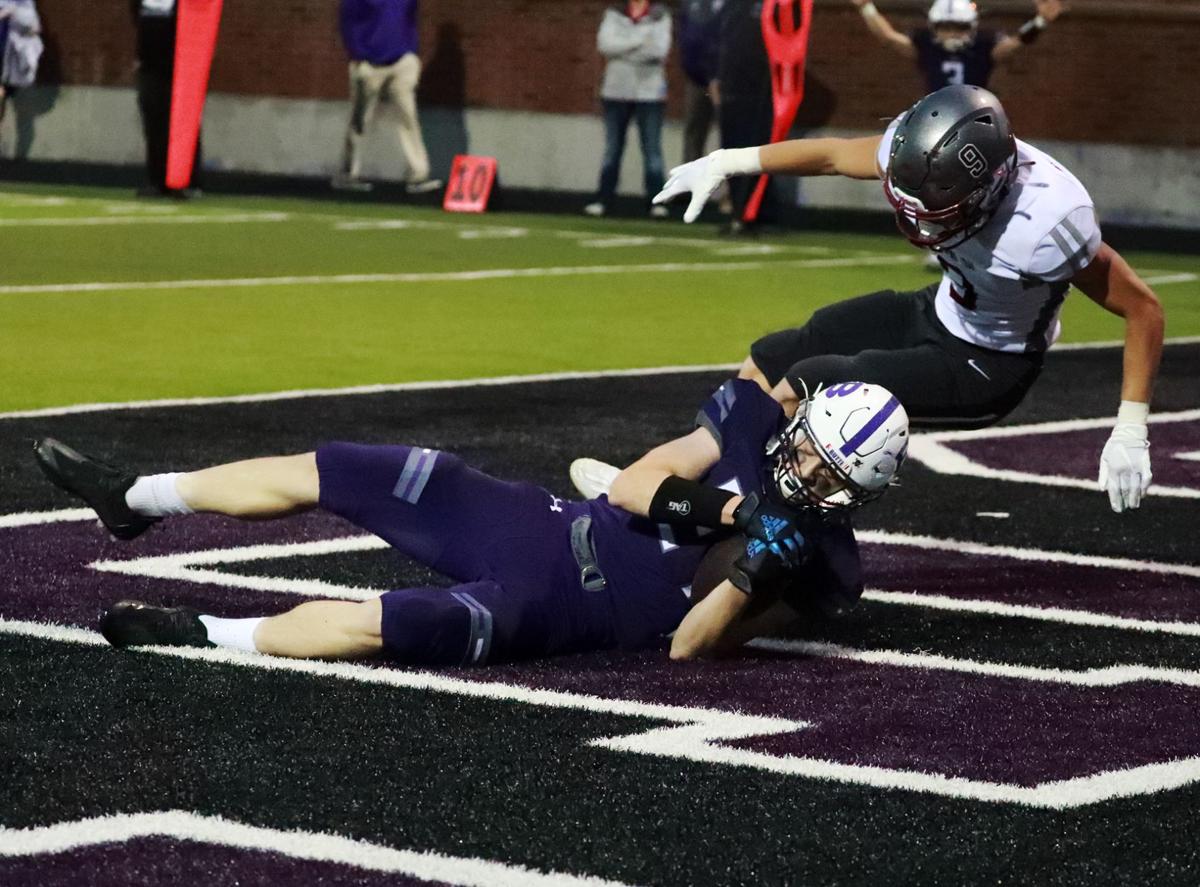 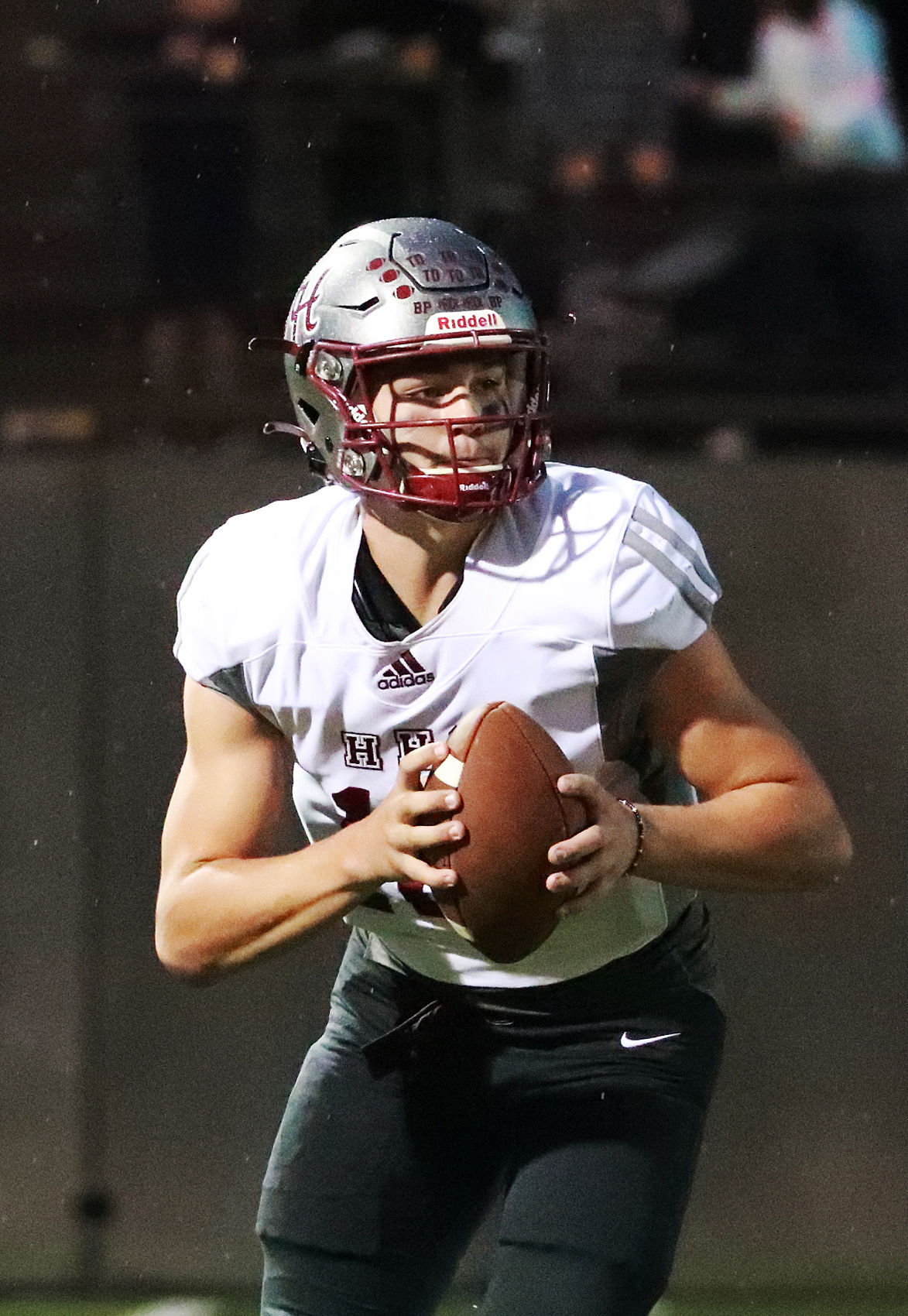 Butte's Keegen Muffich celebrates after the Bulldogs make a play on Friday night against Helena High School in Butte.

BUTTE — The Bulldogs imposed their will in a dominant 34-20 victory over the Helena High Bengals on Friday night at Naranche Stadium.

"I'm really proud of the boys," said Butte coach Arie Grey. "They came ready to play. We started fast and really set the tone right off the bat. We just rode that momentum for a little bit. ... So proud of our kids. I'm at a loss for words."

Faced with the task of containing Montana Griz commit Kaden Huot, Butte's defense refused to let him out of its field of vision. The Bulldogs (2-1) were able to keep his scrambling at bay with their zone defense, as there were always multiple sets of eyes on Huot. And nothing disrupts the pass game like your front seven pressuring the quarterback all night long.

"(Huot) is such a talented football player and does such a good job throwing the ball, and obviously he's scary when he gets outside the pocket," Grey said. "The defensive game plan was to make sure that we limit that, and the big plays, and don't allow him to make plays with his feet. Also we wanted to throw different looks at him to give our defense a chance to be successful."

Offensively, Butte started out using both Kenley Leary and Jace Stenson at quarterback. As the game went along, Stenson took the rest of the snaps after about halfway through the first quarter.

Both teams moved the ball but were unable to put points on the board early on.

Also during the opening frame, a thunderstorm pummeled Naranche Stadium for about 10 minutes. Several games in Southwestern Montana were suspended but Butte and Helena pressed on.

During the second quarter, the rain relented and Butte's offense came to life.

Stenson found Dylan Snyder on a drag route, a play that the Bulldogs went back to often throughout the game, and Snyder sprinted to the pylon for a Bulldogs touchdown.

Snyder played with his hair on fire, and was a nightmare for the Bengals on both sides of the ball.

"He's going to be a tired boy," Grey said. "The thing about Dylan is that he just goes hard. That's all he knows. All he knows is to go hard, and I'm so proud of what he's done and how far he's come in his high school career. The sky is the limit for him"

After a Bengals punt, Butte took over at its own 20. Back-to-back completions to Snyder brought the ball to the Helena 32, with the second completion being a 36-yard dime from Stenson. A roughing the passer pushed the Bulldogs into the red zone.

On play action, Stenson found Jonas Sherman in the back of the end zone for another TD.

As it did after every score in the first half, Butte forced a Helena punt on the ensuing Bengals possession. The punt went off the side of Huot's foot and the Bulldogs took over at the Helena 47.

Butte would settle for a field goal attempt into a stiff breeze. Casey Kautzman was true from 41 to make it 17-0, and the Bulldogs took that lead into halftime.

Butte kept its foot on the gas coming out of the break. Stenson's 50-yard drop in the bucket to Cameron Gurnsey made it 24-0.

Another Kautzman kick from a little over 40 yards stretched the lead to 27-0.

The Bengals got on the board with 4:08 to go in the third. Huot found Kade Schlepp on a deep post as Helena was able to pick up a Bulldogs blitz. Schlepp was wide open at the Butte lead was trimmed to 27-7.

The Bulldogs answered right back. Snyder took a screen pass to the house to make it 34-7.

To his credit, Huot never stopped competing; scrambling for first downs, running over defenders, you name it.

After Huot one in from the 2, the Bengals forced another punt with a little over eight minutes left. Huot eventually found Chase McGurran for an 18-yard pitch and catch, bringing the Bengals within 14 at 34-20 after the failed 2-point conversion.

That'd be as close as it would get, and Butte eventually converted enough first downs to kneel on the ball.