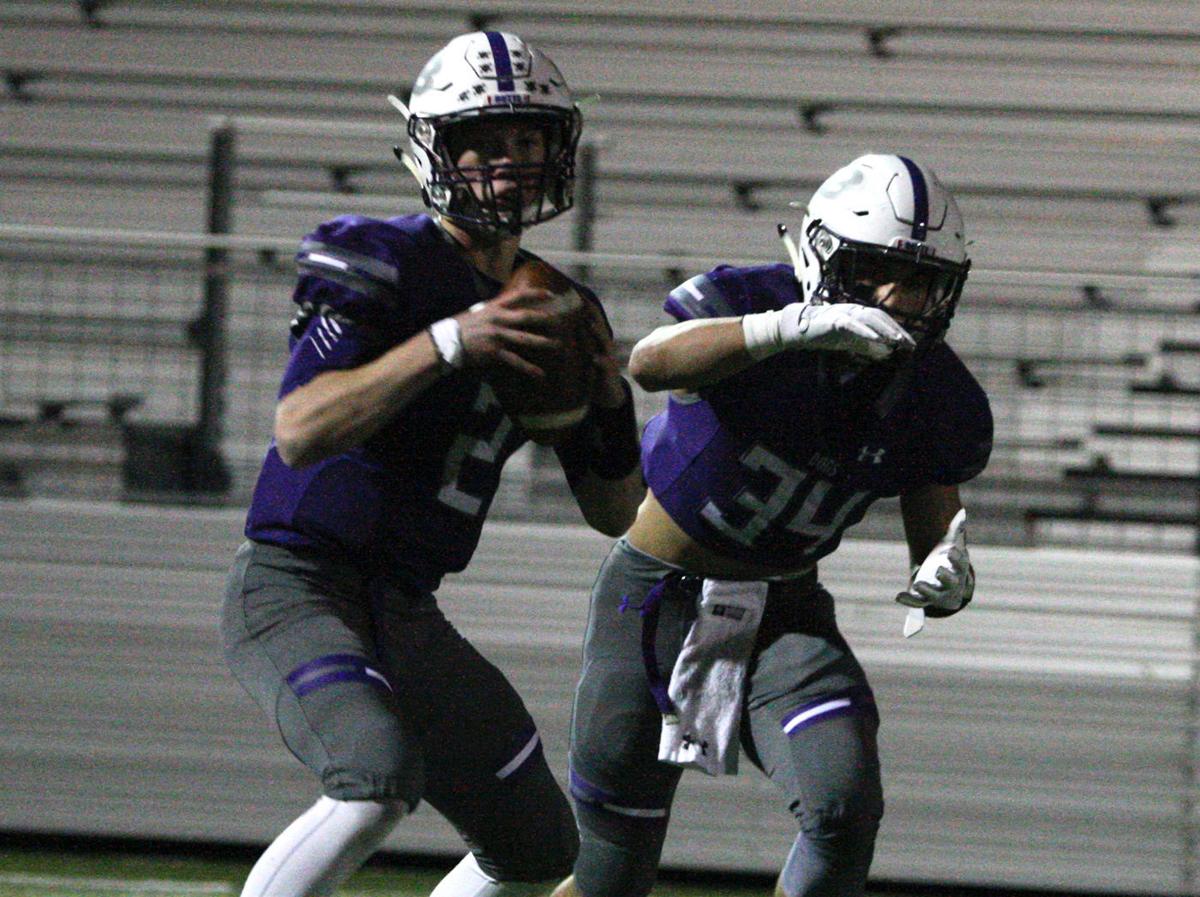 Butte High quarterback Tommy Mellott (2) fakes a handoff to running back Kameron Moreno during the Bulldogs game against Great Falls on Friday at Naranche Stadium. 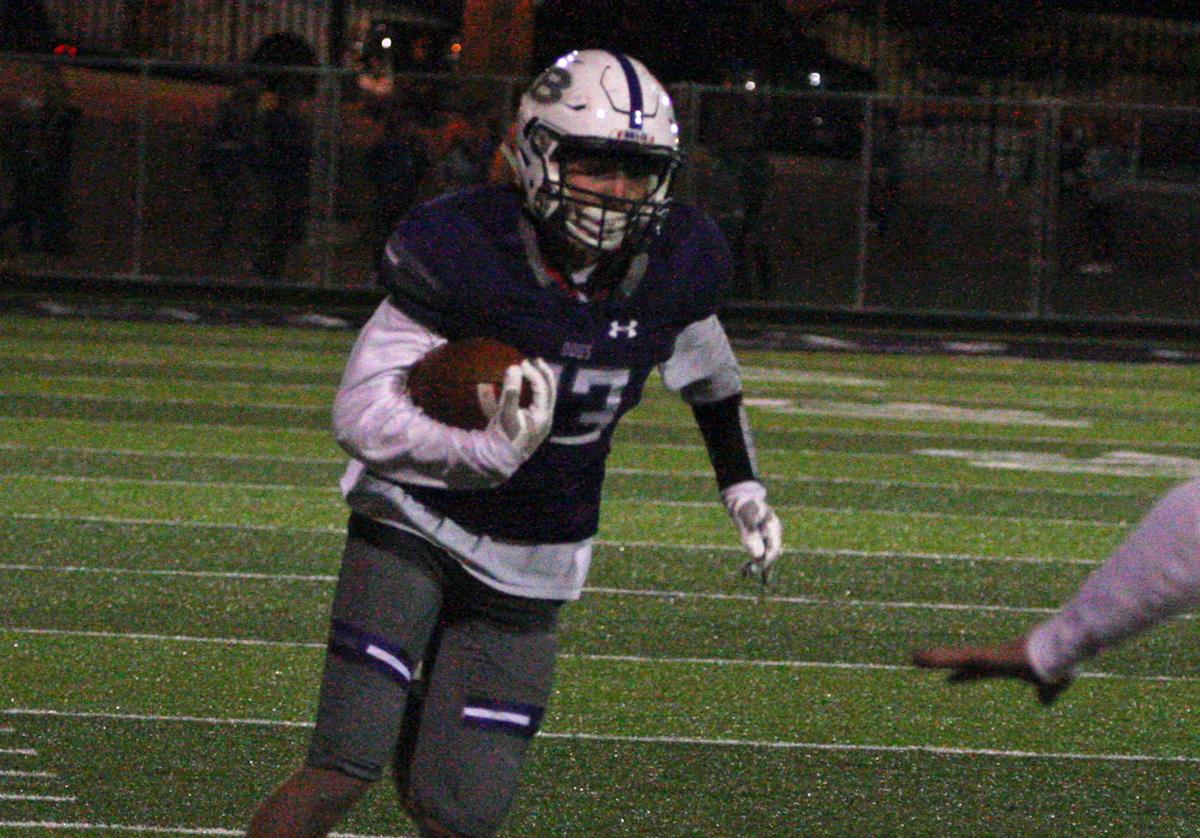 Butte High quarterback Tommy Mellott (2) fakes a handoff to running back Kameron Moreno during the Bulldogs game against Great Falls on Friday at Naranche Stadium.

BUTTE — The play of the game came in the second quarter.

After a quick drive early in the contest, Butte's offense had been a little stagnant against Great Falls High through stretches of the first half. Right before the second quarter came to a close, however, Butte quarterback Tommy Mellott had his team moving, down by seven points.

On first and 10 at the Bison 26, Mellott put wide receiver Quinn Sullivan in motion and the ball was snapped. Sullivan started his route — a fade to the left corner of the end zone — and the junior signal caller threw the ball.

Sullivan, with a defender draped around him, miraculously came up with the ball as flags for pass interference littered the field. Trevyn Roth tied the game with an extra point and Butte added two more scores in the second half to win 28-14.

I have no idea how Butte’s Quinn Sullivan caught this... but he did. 26-yard TD and the Bulldogs have tied the game at 14-14 #mtscores pic.twitter.com/kcSqOKkciA

"We had Quinn in there to make a play, he's just a great athlete and we love him in situational stuff like that," Mellott said. "I was able to give him a chance in the end zone and he made a great play on the ball."

While the play only tied the game, Butte's offense looked far more confident after the tying score. The Bulldogs came out of halftime looking extremely sharp and scored on their first two drives of the second half.

They were long and methodical, with the first going 63 yards in nine plays and the second spanning 13 plays and 75 yards.

Running back Kameron Moreno had the ball in his hands on 11 of those snaps and recovered nicely after an early fumble. The junior finished with 30 carries for 157 yards and had two rushing touchdowns.

"No bad days, only bad moments," Butte head coach Arie Grey of Moreno. "He did a really nice job of finishing at the end of the game and running the ball hard."

Moreno wasn't the only one who finished strong, the entire defense did as well. Great Falls finished with just 139 offensive yards on 43 plays and totaled -10 yards rushing.

The Bulldogs also had four sacks and nine total tackles for loss on a special evening. It was the 79th annual Silver B's night with both the 1993 and 1968 Butte football teams inducted into the Bulldog Hall of Fame.

"I'm just proud of what we did. Hats off to our kids," Grey said. "Hanging in there against a good team and to be able to get a big win on Silver B Night, which is the best night, I love it.

"Defensively, man, they played lights out."

Outside of the pregame festivities, it was important for another reason — it kept Butte in the playoff race at 3-5 and gave them a tiebreaker over Great Falls.

The Bulldogs' final two games are against Big Sky and Skyview, who have a combined record of 2-14. Butte plays the Falcons at home, though does have to travel to Missoula to play the Eagles.

"It's just one day at a time and this was a week where we had an opportunity to get better," Grey said. "It was big to get this win at home and give ourselves an opportunity to do some cool things at the end of the year."

Missed any of the action? Catch up with all our coverage of statewide high school football Oct. 11-13, 2018.