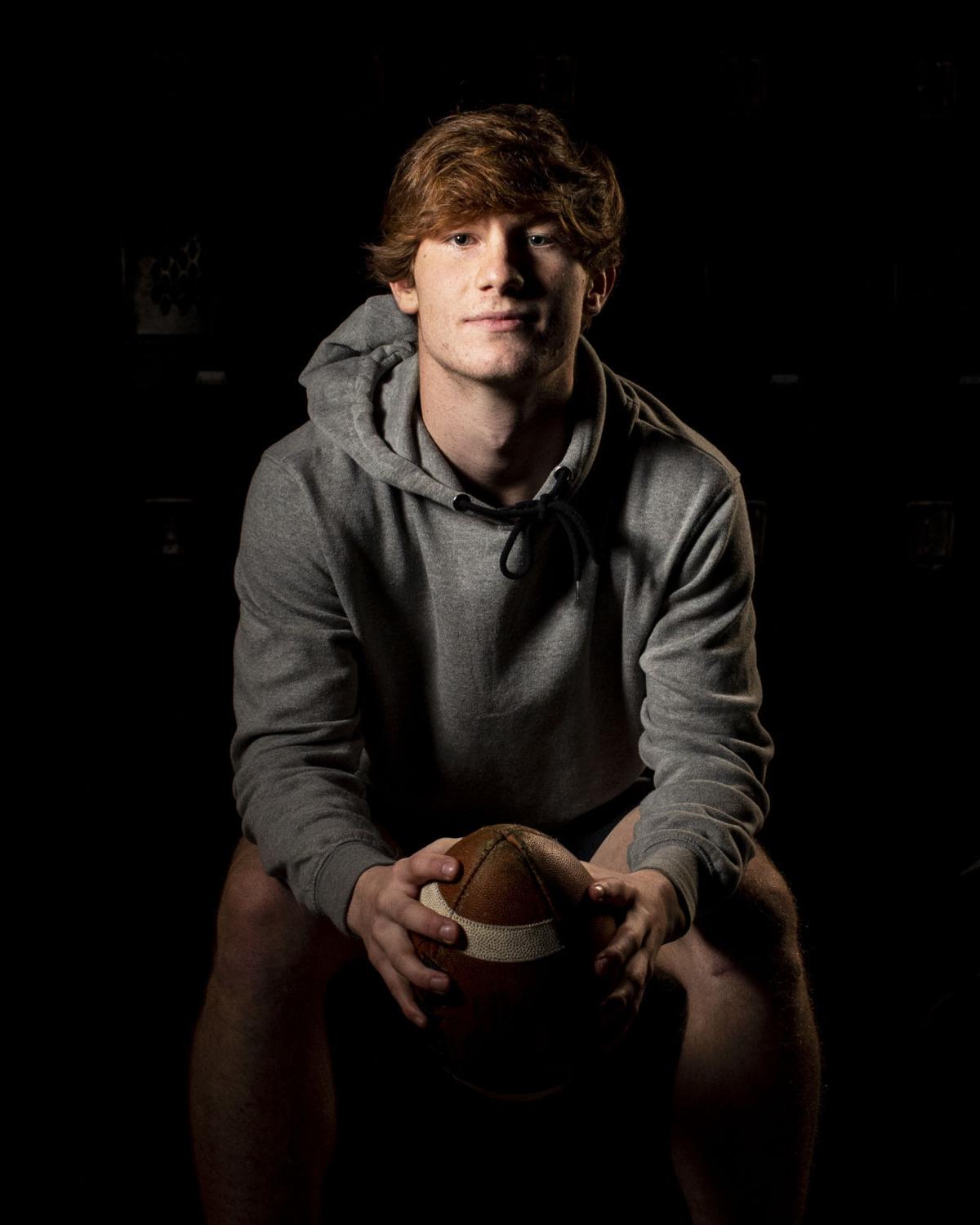 Big plays have become the norm for Billings West receiver Taco Dowler. He leads Class AA with 12 touchdown catches and he also has two kick returns for scores. 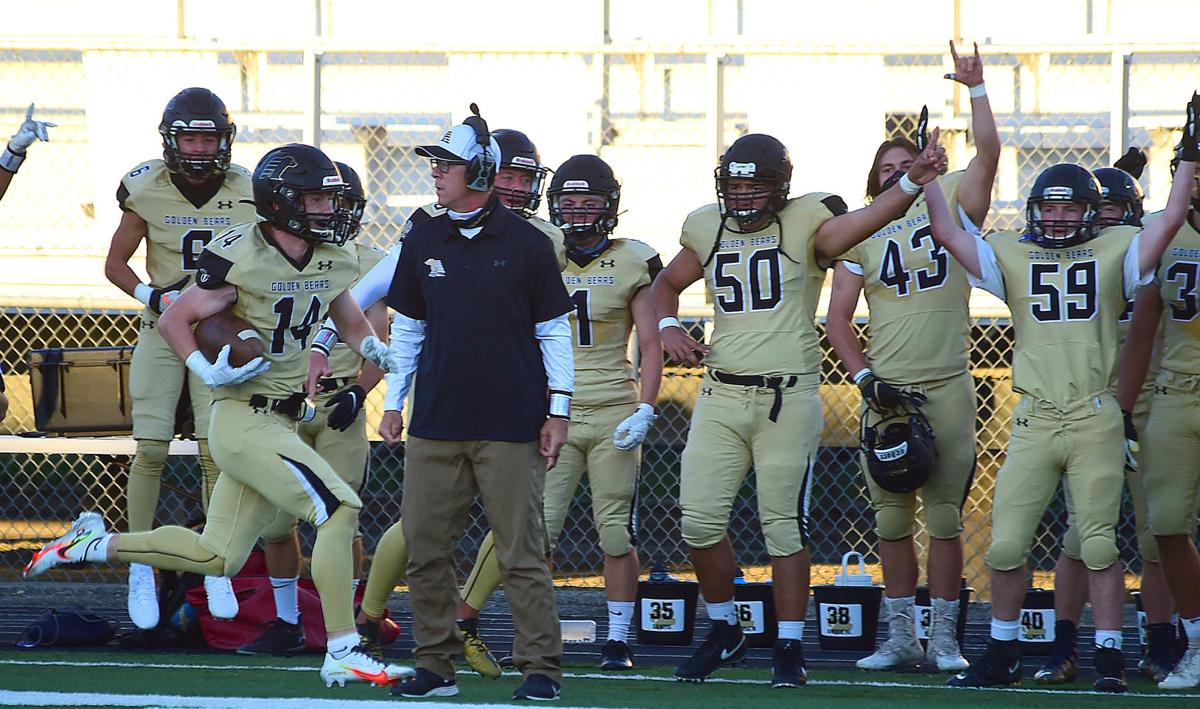 Billings West's Taco Dowler runs past cheering teammates as he runs for a touchdown on the first kickoff return of the season against Billings Skyview in September. 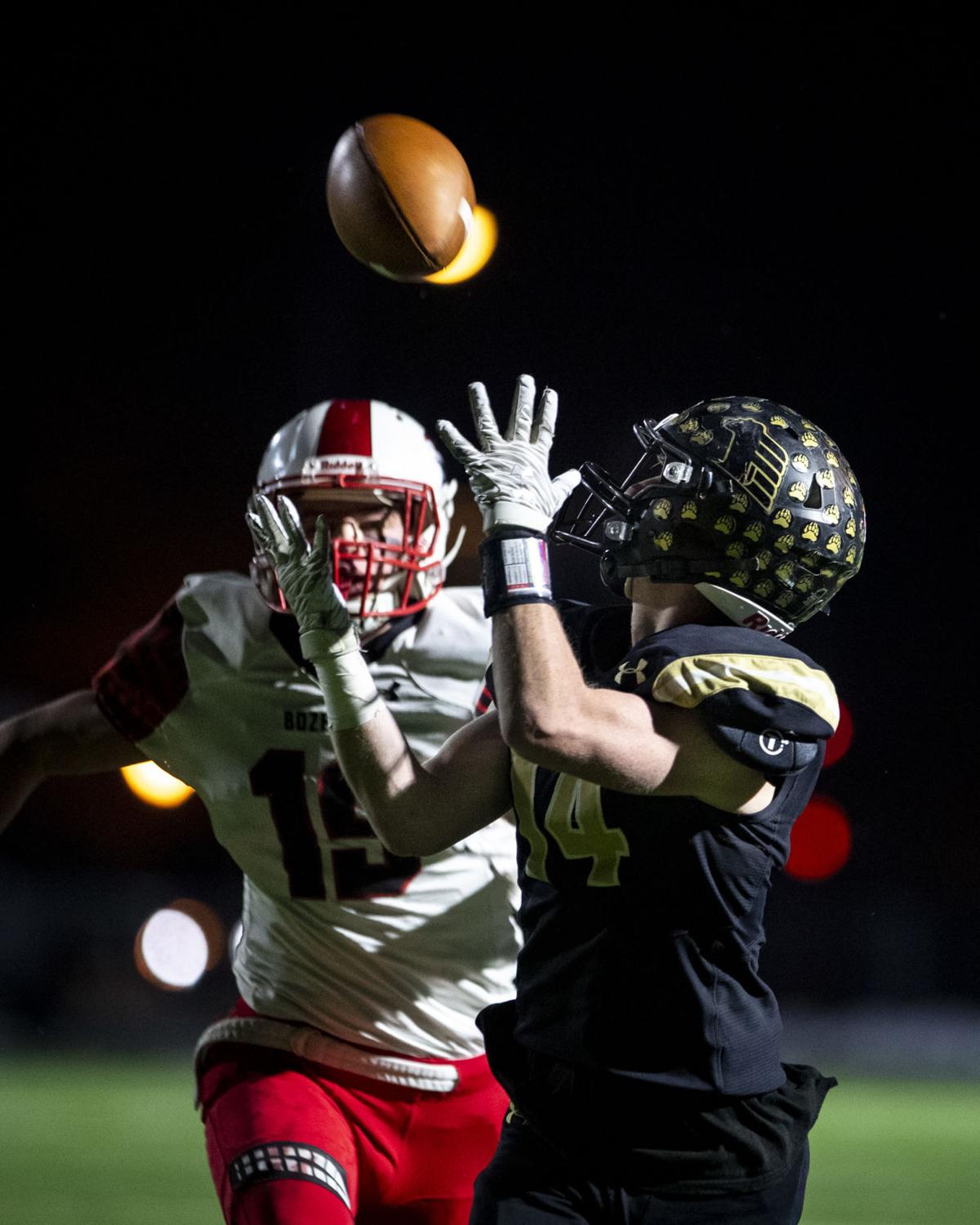 Billings West's Taco Dowler hauls in a long pass to score the go-ahead touchdown against the Bozeman Hawks at Wendy's Field at Daylis Stadium during last month's regular-season game. 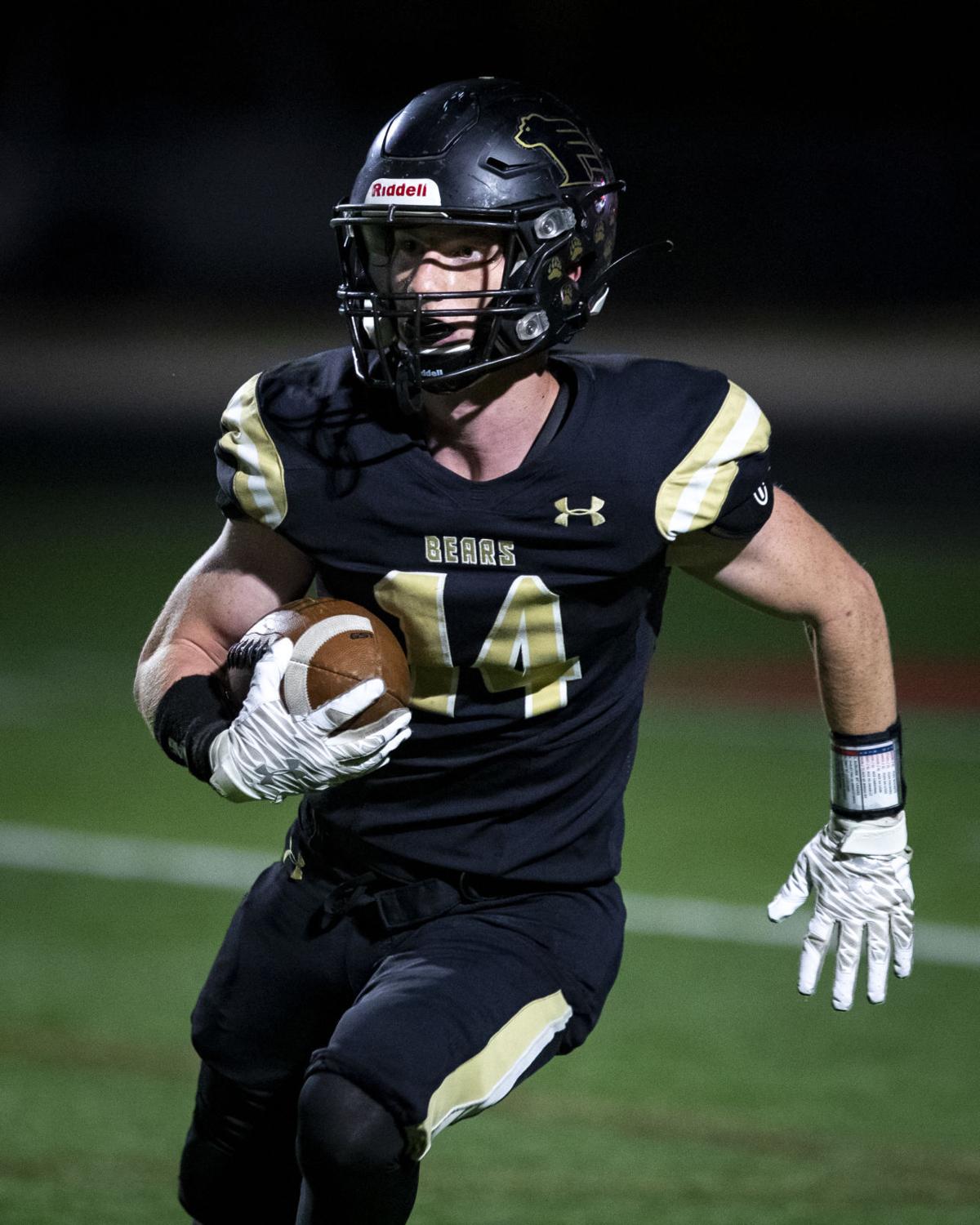 Big plays have become the norm for Billings West receiver Taco Dowler. He leads Class AA with 12 touchdown catches and he also has two kick returns for scores.

Billings West's Taco Dowler runs past cheering teammates as he runs for a touchdown on the first kickoff return of the season against Billings Skyview in September.

Billings West's Taco Dowler hauls in a long pass to score the go-ahead touchdown against the Bozeman Hawks at Wendy's Field at Daylis Stadium during last month's regular-season game.

BILLINGS — The story of how McLean Dowler got his unusual nickname isn’t exactly clear, but neither competing version he shares seems to his liking.

One account goes like this: Young McLean was in a Taco Bell drive-thru with his family when he spotted the sign and blurted out, “That’s my name.”

A second narrative is that McLean, again as a young boy, was sitting at the breakfast table one morning and declared, “My name is Taco,” and from then on got angry at anyone who called him by his real name.

What McLean wanted, Taco got. Whatever version rings true, he's been going by Taco for some time now, and he concedes that the how-I-got-my-nickname tale needs some spicing up.

“It’s not very exciting,” he said. “I need to come up with a fun story for that.”

Maybe "exciting" doesn’t apply to Taco’s story, but it is used effusively to describe the junior receiver’s play on the football field. Be it a kick return, a punt return, a reception or even on the few times he rushes the ball, anytime the pigskin is in his hands it’s Taco's time.

He returned the opening kickoff of the Golden Bears’ season 86 yards for a score, and he’s been dazzling since. A second kickoff return for a score, this time 96 yards, provided the difference in West’s 24-17 semifinal win last week over Bozeman, a touchdown that came immediately after the Hawks had tied the score late in the third quarter.

Three weeks prior in a regular-season game against Bozeman, he got behind the Hawks' defense to score the go-ahead touchdown on a 23-yard pass from quarterback Isaiah Claunch with five minutes left in a 23-19 win.

Dowler also combined with Claunch to set a West program record when he turned a quick underneath pass into a 97-yard touchdown.

Dowler, who is listed at 5-foot-10 and 165 pounds, leads Class AA with 973 receiving yards and 12 touchdown catches. He averages 22.6 yards per catch, 30.8 yards per kick return and 13.3 yards per punt return heading into Friday night’s state championship game against Missoula Sentinel.

No defender is safe when Dowler has the ball.

“No. 14 is dynamite,” Sentinel coach Dane Oliver said, referencing Dowler’s uniform number. “He’s their big-play, swing-momentum player, so we have to know where he is.”

To find out what makes Taco tick, we checked in with his twin brother Caden (who is a minute older and 30 pounds heavier, who has caught five touchdown passes himself and was briefly nicknamed “Burrito,” but that didn’t stick); longtime friend and teammate Riley Bergeson; and his football coach Rob Stanton.

How has Dowler found the uncanny knack to turn the big play at just the right time? Is it a specific skill, or is this just one of those magical seasons a player has?

“He is an insane athlete. He can flip it on … he’s go, go, go all the time but when he knows he needs to make a big play he’s like, ‘Get me the ball I’m going to go do this. Give it to me I’m going to do this by myself.’ Obviously, he’s pretty humble, so he gives credit to everyone else, but, no, he is the guy we want to get the ball to in clutch spots.”

Caden Dowler (WR/DB): “Ever since Little Guy Football we’d try to give him the ball because he’s literally our playmaker. He just always wanted the ball in his hands and got really frustrated when he didn’t have the ball. At one point when we were little he was at quarterback and I was at running back and he just decided to take the ball from me instead of handing it off.”

Bergeson: “He’s just always had it in him he’s not going to lose. Ever. I mean, like, last year was the first time we’ve ever lost in seven years of playing football together, last year when we lost to Bozeman and then in the semis to Butte. We were just sophomores then so we didn’t have as big of roles as now, so now that’s he in the position to make those big plays, he takes every chance he gets and he just does it. He gets it done.”

Taco Dowler: “My coaches set me up to be in the right place at the right time. And I have a lot of trust from my coaches and from my teammates to make plays, so if I’m set up to make plays I’ll probably make plays. But most people would be. Just be an athlete, find a hole and burst through it. That’s pretty much what I do.”

Caden Dowler: “There have been a couple times this season where he’s gone crazy on some plays. I’ve kind of seen it my whole life. It’s not really a surprise to me. He makes big plays and that’s just what he does.”

Stanton: “Taco, he’s a special kid with the ball in his hands. He can attack a tackler, he can make people miss and he can turn on the jets. He’s just a special and unique kid. I’m glad he’s just a junior, too. As fast as he is, he’s just really patient. He sets his blocks up well and has a little shimmy move, shakes a bit, and next thing you know he’s gone.”

Bergeson: “He’s a really silent leader. I love him. Him and Caden are my two best friends. He’s just a really quiet leader. He doesn’t get excited and it’s really weird. I don’t understand it. Like, when he ran (the kickoff back against Bozeman) — I’m not on kick return — and I’m just running up the sidelines to meet him and he’s just walking back like nothing happened.

“I was like, ‘What the heck are you doing, dude? You just won us that game!’ Everyone else is going crazy on the sidelines and he’s just calm. It’s just weird. But it’s Taco. That’s Taco.”

It’s McLean. That’s McLean. Yeah, that just doesn’t have the same ring to it, does it?

It appears that young boy, be it the one in the fast-food drive-thru or the one at the breakfast table, had it right.

The Golden Bears are seeking their second title in three seasons, while the Spartans are trying to end a championship drought that goes back to 1972.