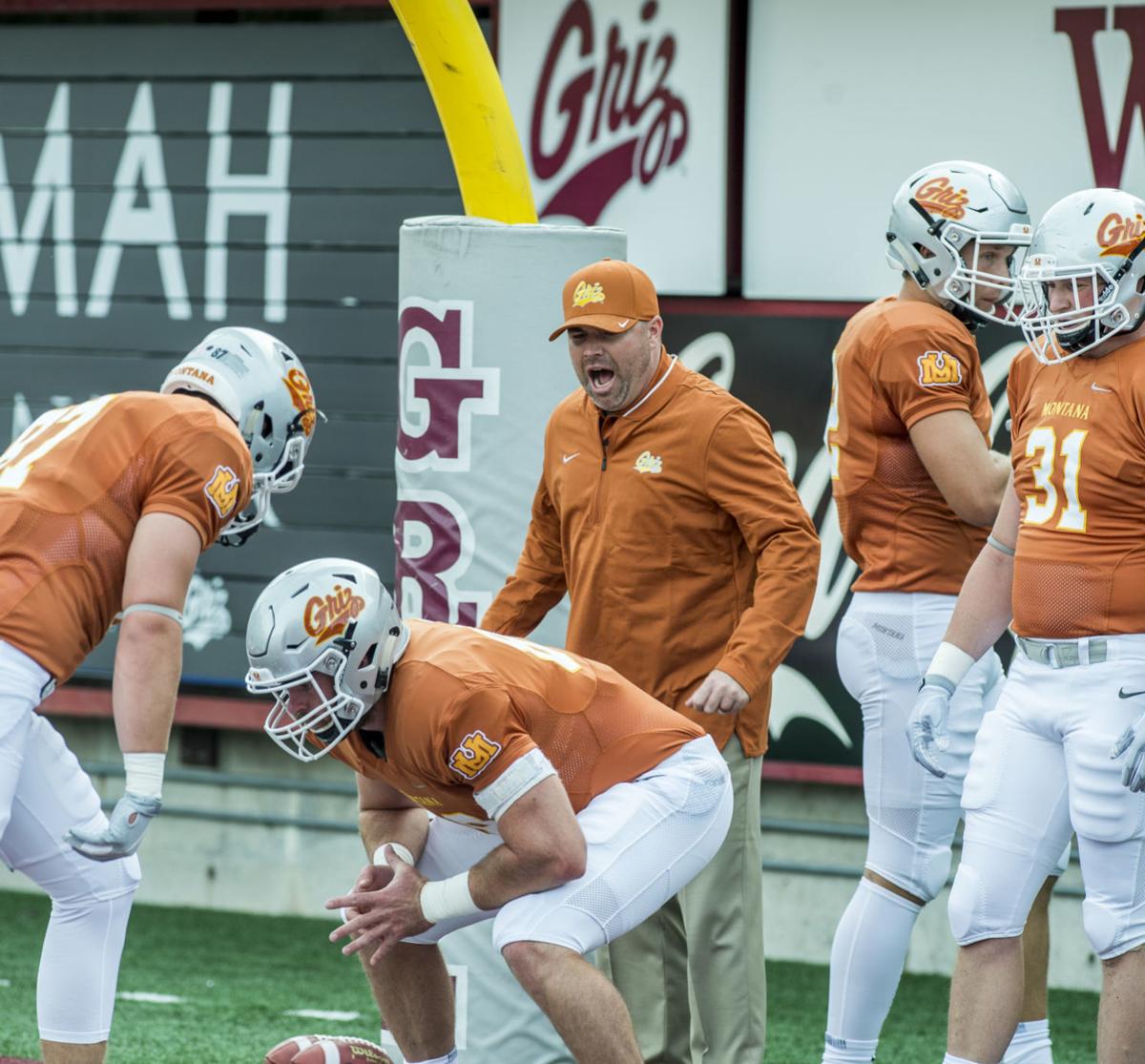 Jace Schillinger, formerly a member of the Montana coaching staff, is heading up the Big Sky Combine next week in Billings. 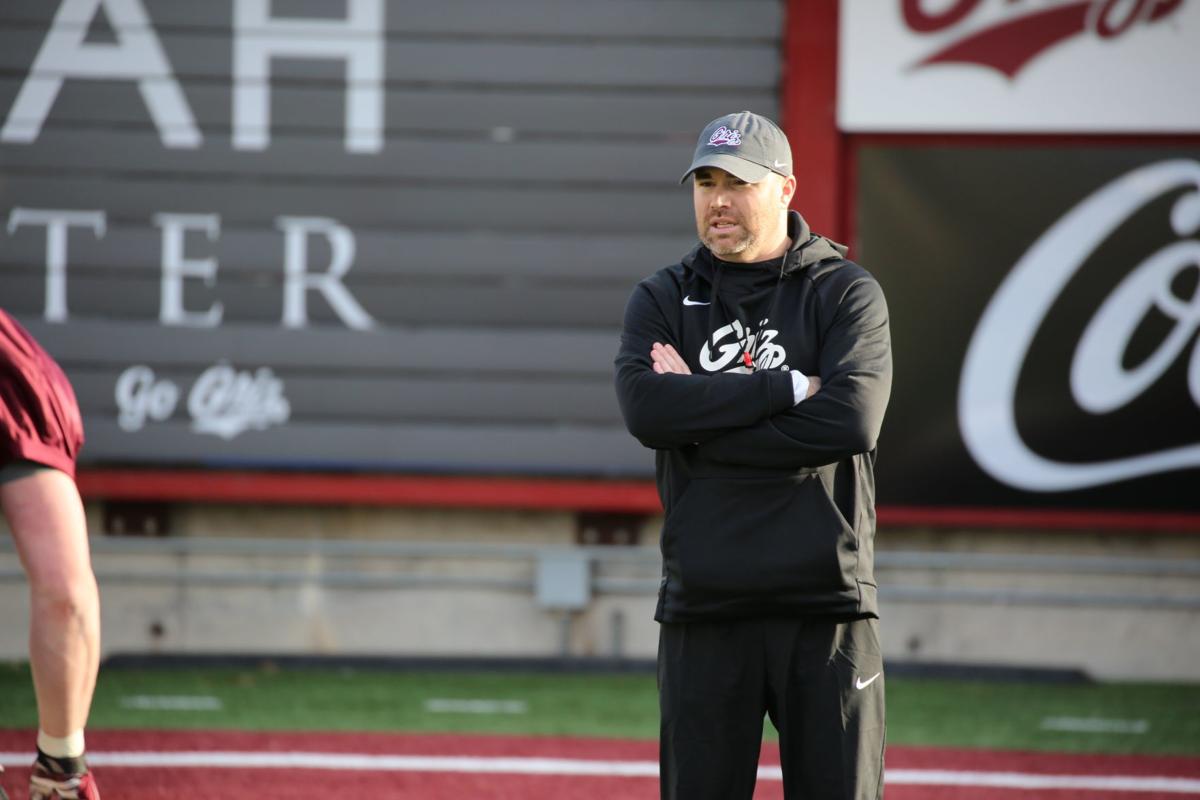 Baker's Jace Schillinger was the tight ends coach at Montana during the 2018 and 2019 seasons.

Jace Schillinger, formerly a member of the Montana coaching staff, is heading up the Big Sky Combine next week in Billings.

Baker's Jace Schillinger was the tight ends coach at Montana during the 2018 and 2019 seasons.

BILLINGS — Coaching and teaching football is a part of Jace Schillinger’s pedigree.

He calls it an addiction.

Previously a member of Bobby Hauck’s staff at Montana, Schillinger, a former Baker High School and Dickinson State star, stepped away from coaching after last season to spend more time with his wife and three young children.

But he still needs to scratch that football itch. And after coronavirus put a halt to the summer camp season for high school players and Division I programs across the state and region, Schillinger stepped in to provide an outlet.

Thus, Schillinger is set to host the first Big Sky Combine next week at Wendy’s Field at Daylis Stadium in Billings, a one-day event where players will be tested in various football drills as a way to draw attention from college coaches who otherwise aren’t able to evaluate them up close.

The combine will be held Thursday, June 25. Cost is $60 per entrant. It will be split into separate sessions for skill players from 1-3 p.m. and linemen from 3-5.

It will consist of several combine-style tests such as the 40-yard dash, pro shuttle, broad jump and L drill, and will also provide positional instruction.

It's a way for the players to make up for lost time.

“They all missed out on a chance to be able to show the coaches in the state what they can do. So hopefully this is the next best thing,” Schillinger told 406mtsports.com during a phone interview from Missoula. “I know when I was working here at the University of Montana, this was one of our big things that we did as far as evaluation of the kids.

Details regarding the BIG SKY COMBINE in Billings below

Contact/DM me if any questions

His uncle Don forged a legendary career as the head coach at Baker High School, where he posted 318 victories and won six state championships over 37 years. Jace's brother Shann was a standout safety at Montana and is currently a member of Hauck’s staff with the Grizzlies.

His father Jim also played for the Griz and spent 27 years teaching and coaching in Baker.

Schillinger himself was the tight ends coach at UM the previous two seasons. He also spent time coaching in the local high school ranks and later at his alma mater, Dickinson State.

With that experience comes connections, and among the coaches Schillinger said will help provide instruction at the Big Sky Combine are Pete Stanton, the head coach at Dickinson State, and his brothers Rob and Jim, the head coaches at Billings West and Billings Central, respectively.

Billings Senior coach Chris Murdock is also expected to help, along with various coaches from around the Frontier Conference.

The combine is open mostly to high school players entering grades 10-12. Schillinger said as of Tuesday that 40-50 have already registered, and that he is expecting 70-80 to participate. A handful of players expected to be on hand have already received college offers, he said.

BSN Sports, an athletic equipment and apparel company for which Schillinger is a sales representative, is a sponsor.

Additionally, the event will be streamed live at SportsScopeLive.com, and Schillinger said each player will receive individualized film of the testing drills for distribution to coaches.

“I think this stuff will help,” he said. “I also think the film helps, too. You can see how they run and how they move.”

Schillinger said the combine will employ proper safety measures as a precaution for COVID-19. Players will be socially distanced, and they are asked to provide their own water. Footballs will be wiped down and sanitized.

Schillinger said he came up with the idea for the combine “about the day after the NCAA announced that they were suspending recruiting until the end of July, when they announced recruiting was going dead and essentially made them not be able to have camps for the whole summer. And so the wheels started spinning a little bit.”

Schillinger said one of his uncles, former Bozeman High coach Bill Walker, held a similar event in 1999 when Schillinger was in high school.

“I’m kind of piggybacking off of that 20-some years later,” he said.

The Billings event is so far the only Big Sky Combine that’s been scheduled, but Schillinger said he is still searching for another location as a potential host.

Schillinger said he enjoyed his time coaching at Montana, and the opportunity to be on the same staff as his brother Shann was especially meaningful. Now he’s simply doing his part to give a boost to players across the state, some of which have had limited opportunities for recruitment due to extenuating circumstances.

And, of course, he needs to scratch that football itch.

“It’s the habit. The addiction, I guess. I hope the reason people get into coaching and teaching is to really help the kids,” Schillinger said. “That’s something I wanted to do a long time ago and I still have that desire.”

To register for the Big Sky Combine, email Schillinger at jschillinger@bsnsports.com or send him a direct message on Twitter at @jaceschillinger.

MISSOULA — So far so good for the Montana football team in its return to campus this month.