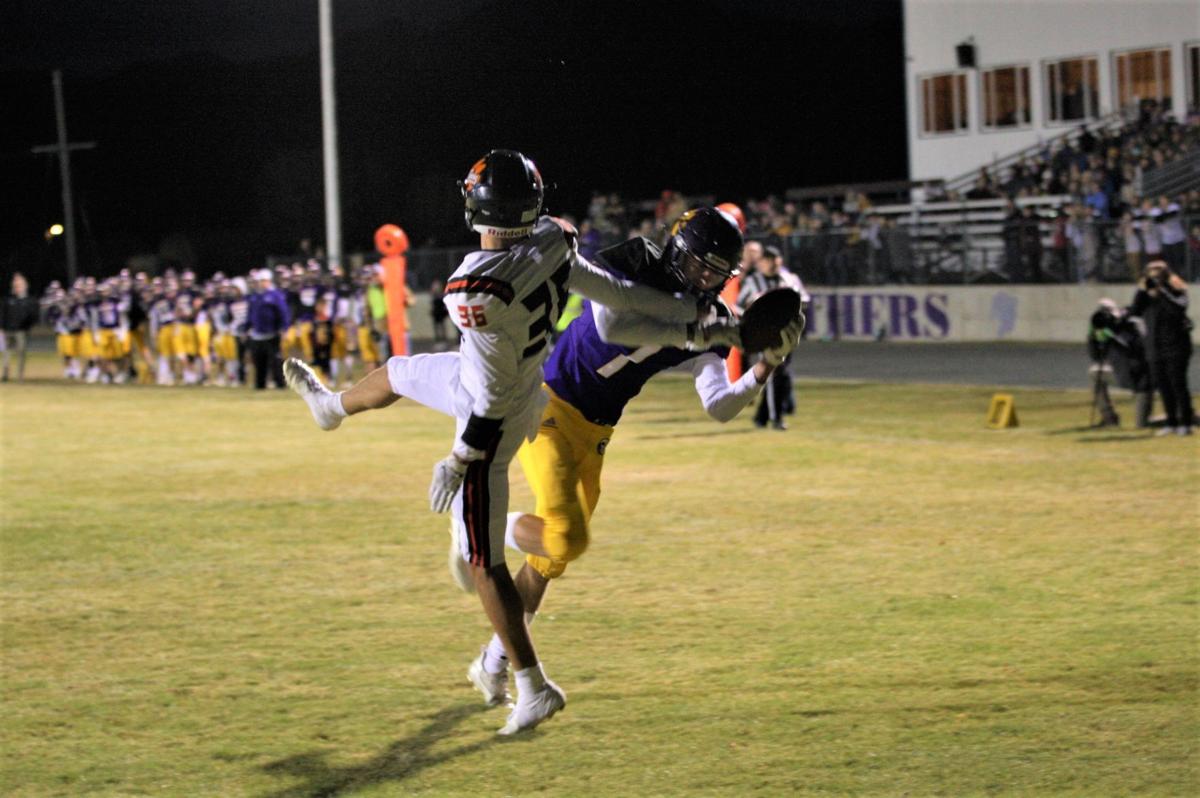 Jefferson's Tom Meyer coming down with an impressive catch in Friday's game against Manhattan. 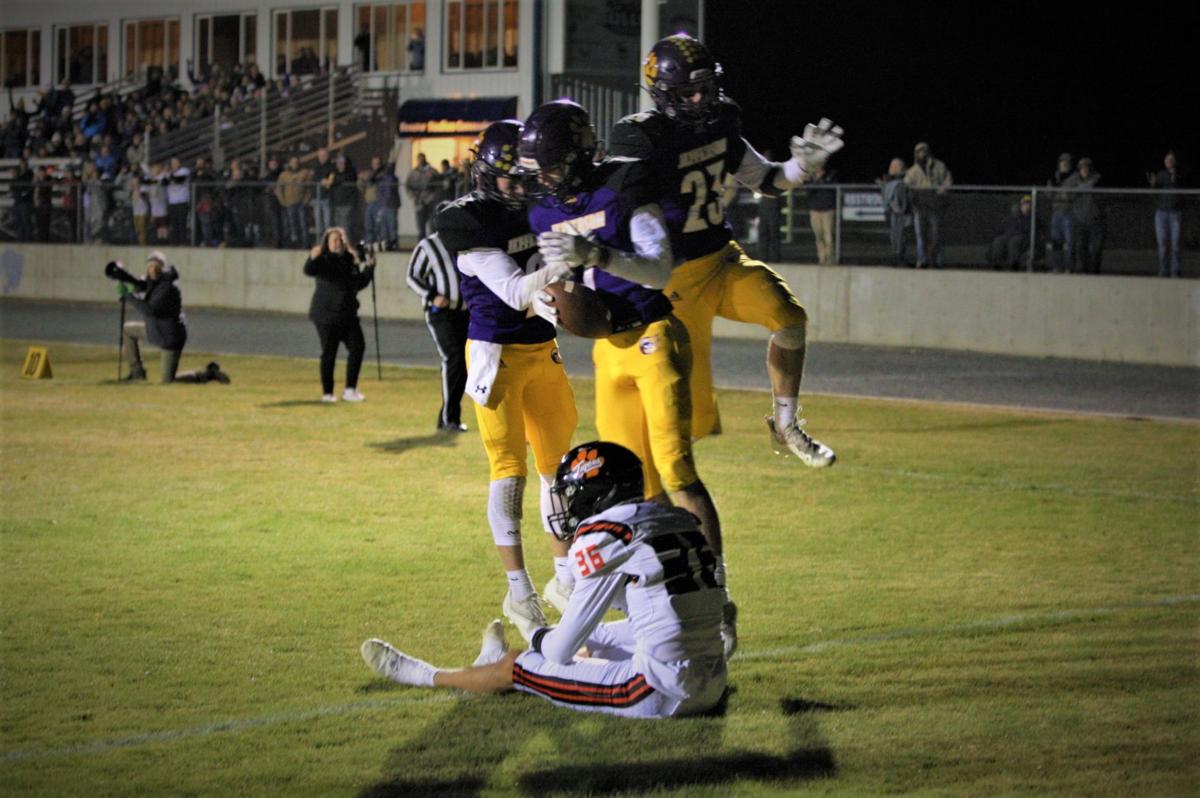 Jefferson players celebrate a touchdown last month during a game against Manhattan in Boulder. 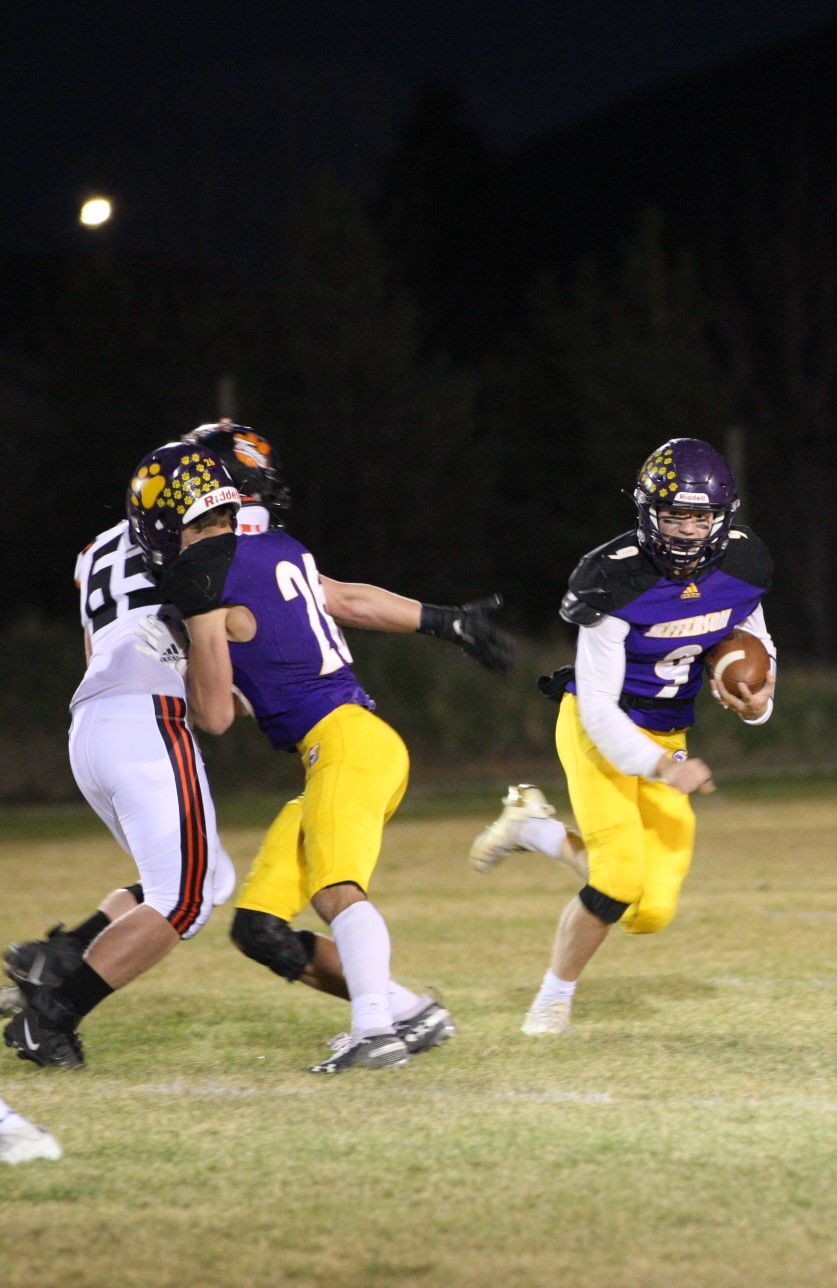 Braden Morris carrying the ball in a game against Manhattan. 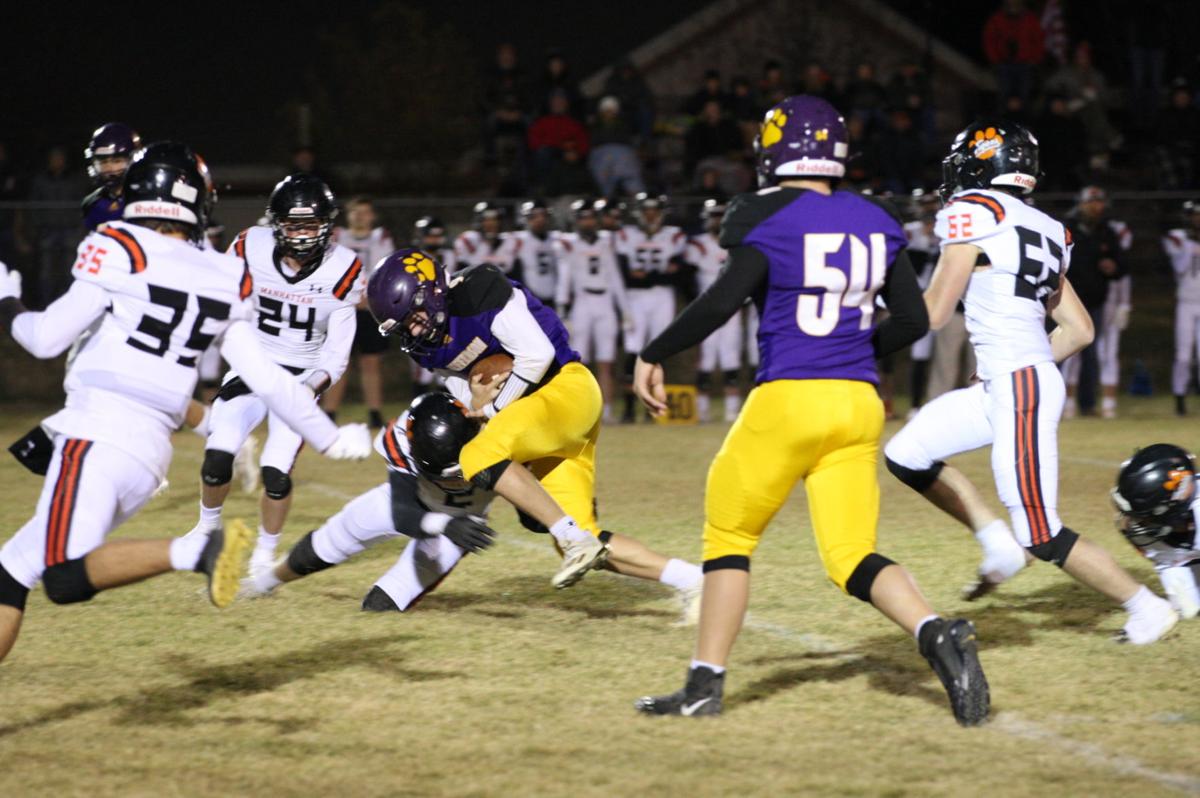 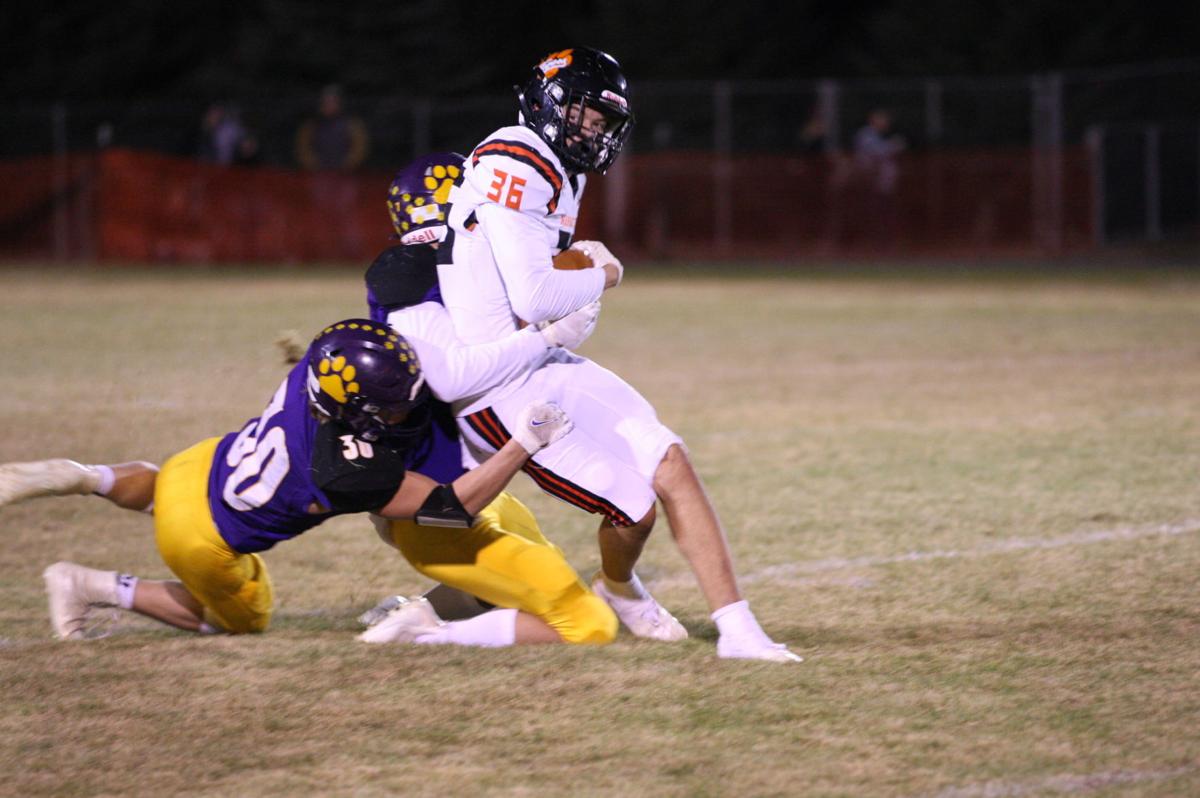 Manhattan's Corban Johnson getting tackled after making a catch in Friday's game against Jefferson.

Jefferson's Tom Meyer coming down with an impressive catch in Friday's game against Manhattan.

Jefferson players celebrate a touchdown last month during a game against Manhattan in Boulder.

Braden Morris carrying the ball in a game against Manhattan.

Manhattan's Corban Johnson getting tackled after making a catch in Friday's game against Jefferson.

BOULDER – The Panthers – mostly – dominated all three phases of its Southern B showdown with Manhattan on Friday night en route to a 29-12 home victory.

Both teams exchanged punts to begin the game. About halfway through the first quarter, a beautiful punt by Caleb Smartnick, which pinned the Tigers back on their own 1-yard line, really turned the game on its head.

“That punt by Caleb Smartnick kind of set the tone early,” said Jefferson coach Clint Layng. “We got the safety and then we got rolling.”

On the very next play, Dylan Root tackled the Manhattan ball carrier in the end zone for a safety.

After the free kick Jefferson drove right down the field, helped along by a 15-yard rush by QB Braden Morris and a 24-yard rush by Root. Morris capped the drive with a keeper for the first touchdown of the game. Just like that, it was 9-0 with just under five minutes to play in the first quarter.

On the ensuing Manhattan drive, the Tigers faked a punt on their own 25-yard line. It was unsuccessful and the Panthers took over. On second down after a short run, Morris round Tom Meyer in the back of the end zone for a 24-yard TD. It was a great ball from Morris, lofted perfectly over the defense where only Meyer could make the play. Meyer high-pointed the ball and maintained control as he hit the ground, making it 16-0 Jefferson with about 2:34 left in the first quarter.

Things kept snowballing for Manhattan in the second quarter. A three-and-out and a shanked punt gave Jefferson the ball right back on its 39. One play later it was Morris again, but this time he found Jake Genger on a seam route up the left hash. Genger broke a couple tackles and he gone for a 61-yard TD reception.

And then something happened that has never happened. Root, a junior who has been kicking since his freshman year, missed the PAT for the first time in his high school career.

The offense started to show improvement for Manhattan on the next drive, but as the saying goes, misery is always right around the corner. After a pair of first downs, Tigers QB Austin Devers was picked off by Genger. The Panthers ended up turning that into another touchdown. This time, it was Luke Oxarart taking in a handoff from 11 yards out, stretching the lead to 29-0.

Manhattan continued to battle, however, and Jefferson did show a few blemishes. Just before the half, the Tigers picked off Morris. With six seconds to go, Devers found 2020 all-state receiver Corban Johnson for a 40-yard touchdown to make it 29-6 at the break.

“Yeah, that kind of hurt,” Layng said. “As the buzzer is going off, that’s a tough one. And that kind of got them a little bit of momentum.”

The last points of the game came on a 21-yard pass from Devers to Wyatt Jones to make it 29-12.

Jefferson did not score for the rest of the game. The Panthers moved the ball just fine, but they had three turnovers in the red area. There were two turnovers on downs and a fumble inside the Manhattan 10-yard line.

“We had some hiccups there in the second half,” Layng said. “Manhattan kept playing hard; credit to them. We took control in the first half but we lost some momentum in the second half. We’ve just got to clean that stuff up.”

Layng said he would have kicked a field goal if the three points had put his team up by four possessions. Since the Panthers led 29-12 during all three of those turnovers, Layng explained that since he already had a three-possession lead, they would be in the same spot if he went for three instead of seven.

But whenever the offense sputtered, the Panthers defense stepped up and refused to let the Tigers capitalize. One stop that felt especially big was a third-down sack by Jayden Kemner. It forced a Manhattan punt toward the start of the fourth quarter which enabled the Panthers offense to burn more clock.

“We had some big stops there in the second half,” Layng said. “That helped us get the momentum back, so that was good.”

The Panthers close out the regular season at home next Friday against Townsend at 7 p.m. Manhattan will host Columbus.