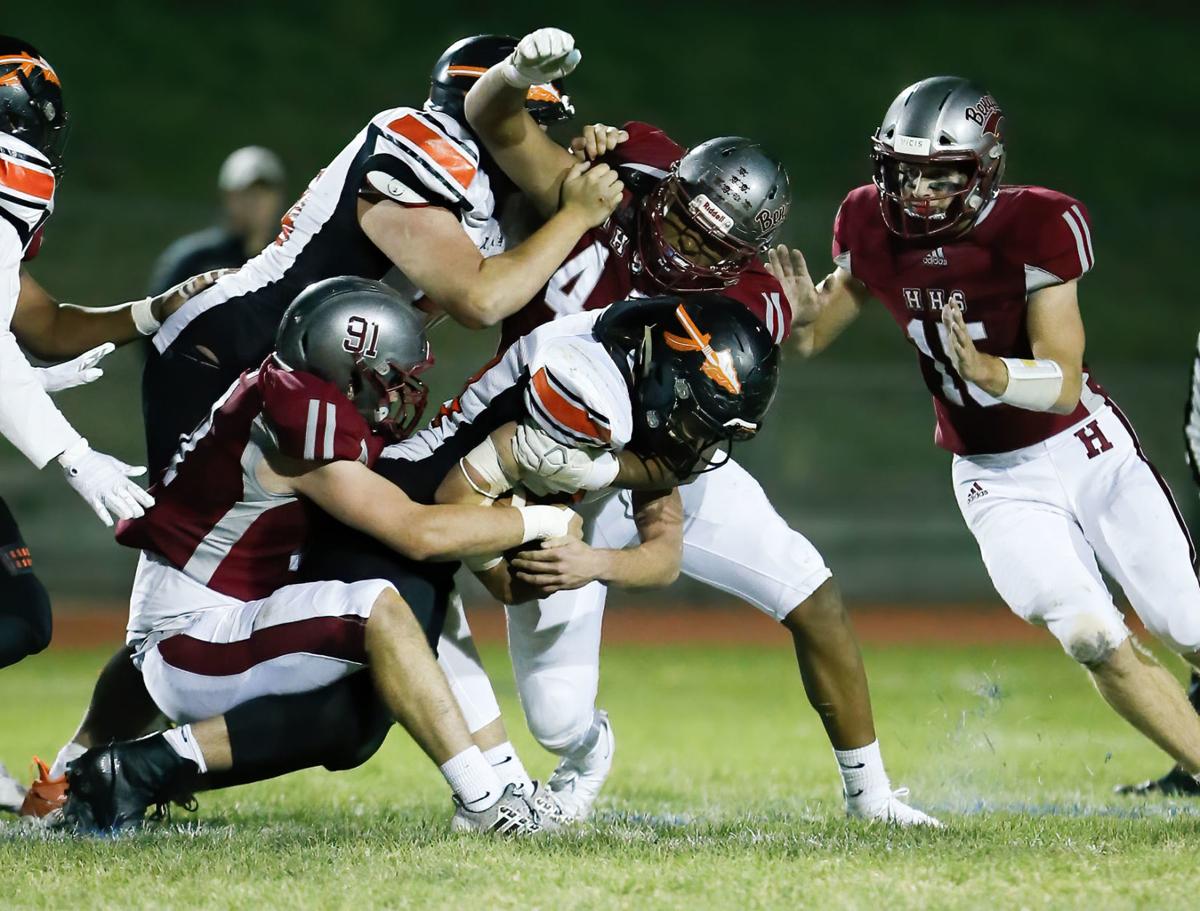 Kalispell Flathead's Tanner Russell runs the ball for the Braves who upset the third-ranked Bengals 13-9 behind Russell's 100-yard rushing effort. 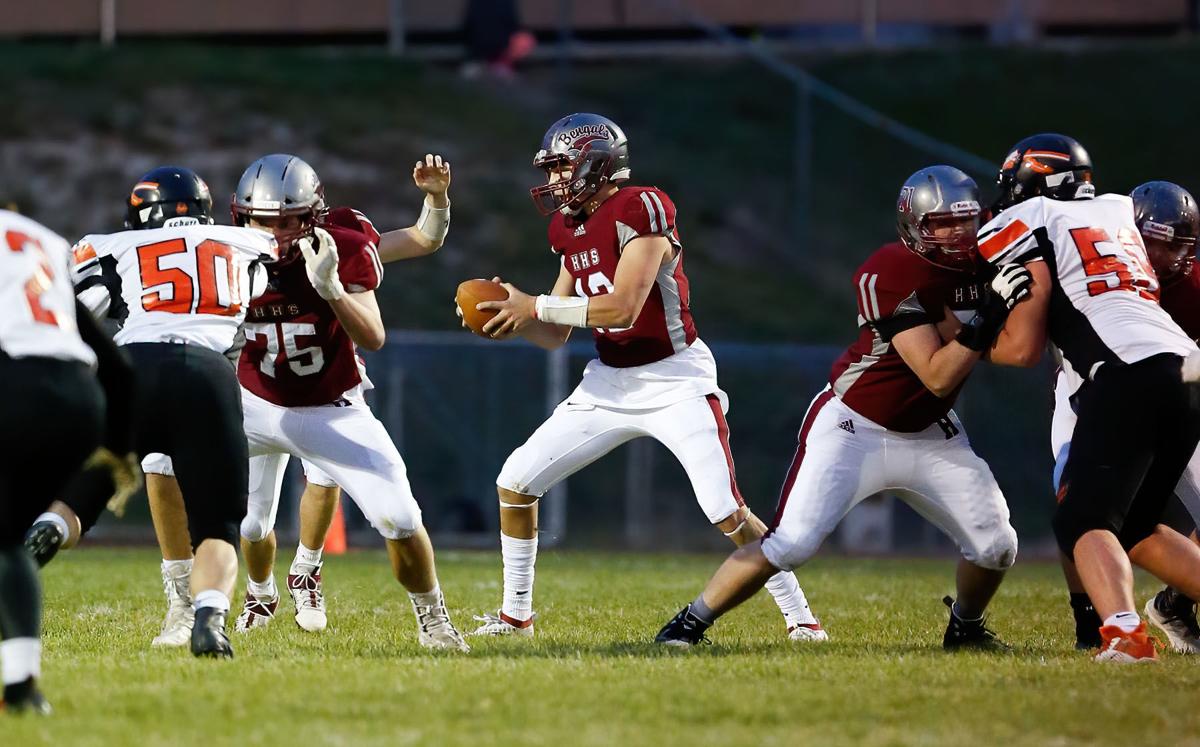 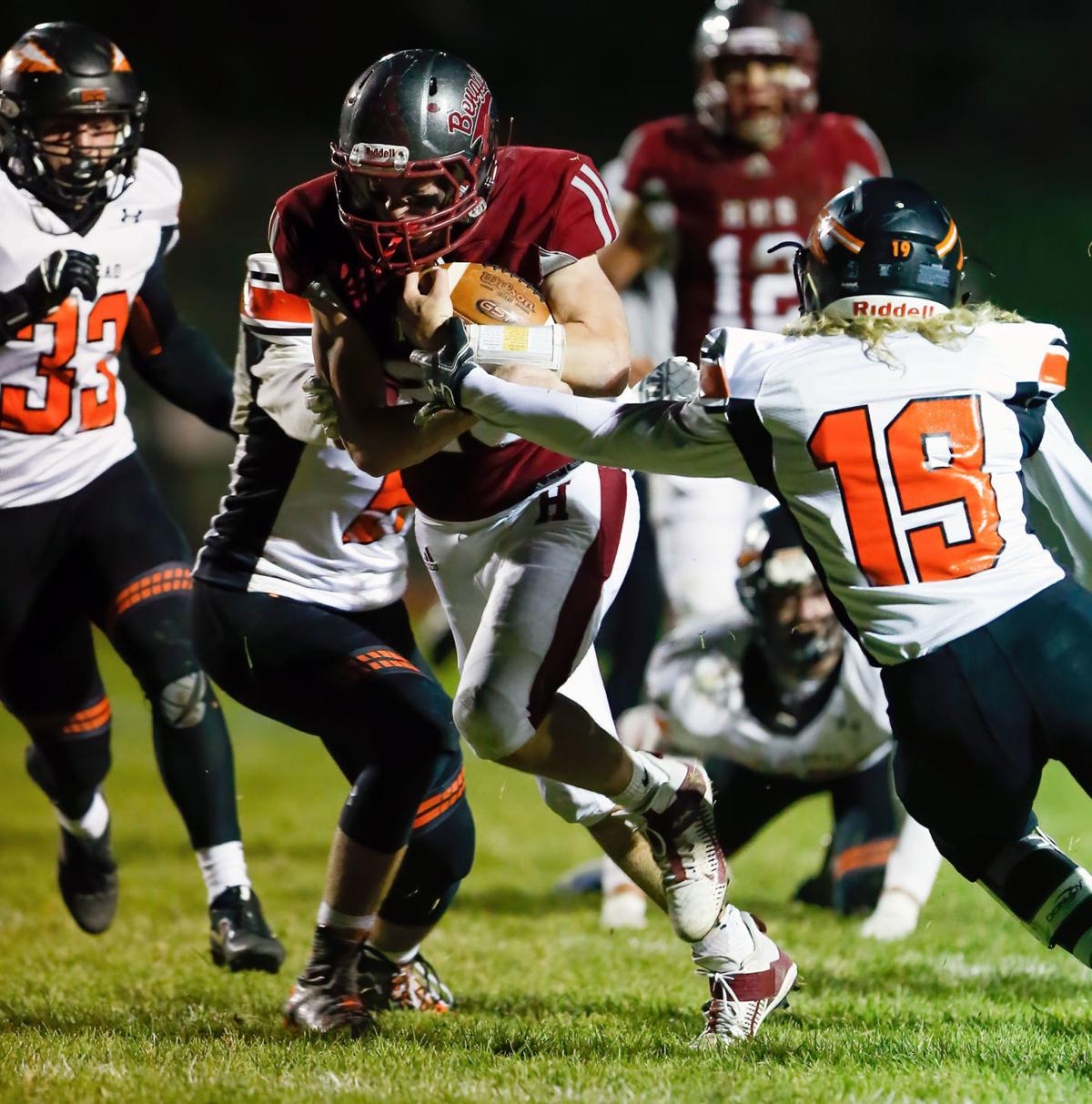 Helena High’s Logan Brown breaks through the Flathead defenders for a first down during Friday’s game at Vigilante Stadium.

Kalispell Flathead's Tanner Russell runs the ball for the Braves who upset the third-ranked Bengals 13-9 behind Russell's 100-yard rushing effort.

Helena High’s Logan Brown breaks through the Flathead defenders for a first down during Friday’s game at Vigilante Stadium.

HELENA -- Sometimes, it only takes one play to change a football game.

And Friday night at Vigilante Stadium in Helena, Kalispell Flathead running back Tanner Russell, was the one to make it.

The Braves entered the game as a heavy underdog against third-ranked Helena at 0-5 and with just over three minutes left, they found themselves trailing 9-7, with the ball near midfield.

After a holding penalty, Kalispell faced a 2nd-and-22. Most of the time, that would warrant a pass. Instead, head coach Matt Upham and the Braves handed the ball to Russell.

Russell rewarded that faith and rumbled 61 yards to the Bengals five-yard line. On the next play, he powered his way into the end zone, giving Kalispell a 13-9 lead it wouldn’t relinquish.

“He’s one of our best football players and one of the top players in the state,” Upham said. “Our backs were against the wall and he made a play when we needed him to make a play."

Tanner Russell gets in the end zone! Wow. Braves lead it 13-9 with 2:13 left. #mtscores pic.twitter.com/IXusfGrPIo

It was the second time Russell hit paydirt. The first time came in the second quarter when he broke off a 37-yard touchdown run with 6:29 left before the half, giving Kalispell a 7-0 lead.

“This was my first time running the ball this year,” Russell said. “And I just have the mindset that I am going to score every time.”

"Winning this game feels great," he added. "We have been working so hard all season long and it's awesome to get one."

Kaden Huot connected with Hayden Ferguson for a couple of first downs and Logan Brown capped the drive with a stellar 22-yard touchdown run, evening things up at 7-7.

The score stayed that way until the 5:55 mark in the third quarter when a botched snap led to a safety that put Helena in front 9-7. But those would be the final points of the night for the Bengals, who just couldn’t find any momentum offensively.

“We played terrible on offense,” Helena head coach Scott Evans said. “We didn’t do anything offensively. We got enough stops to win the football game and put ourselves in a position to win the game and we just didn’t do it.”

After the second touchdown run from Russell, the Bengals tried to mount one final drive to reclaim the lead.

The first of two series ended with a Huot interception. But after holding Kalispell on fourth-and-inches, Helena got the ball back with 68 seconds remaining and 60 yards to cover.

A pass interference call and a completion down the sideline to Chase McGurran kept hope alive. Another throw from Huot to Brown advanced the ball to the Braves 10, with just six seconds left, leaving time for one more play.

All game long, the Braves focused on Bengals standout Kyler Tesch and on the final play, Hayden Ferguson attempted a pass to Huot, who motioned out as a wide receiver. The ball fell incomplete and the Braves celebrated.

“Kaden is a good athlete and he can jump up pretty well,” Evans said. “We thought we had an opportunity and nothing else was working at that time so we had to try something.”

While the final moment brought despair for Helena, it was elation on the opposing sideline.

“I am so proud of these guys,” Upham said. “Three weeks in a row we have battled and we told them to just keep chipping and chipping and we will get one. So kudos to our kids, I am just so dang proud of them.”

Russell finished the game with more than 100 yards and two touchdowns. Kalispell (1-5)will play at Butte next Friday. Helena (4-2) will travel to Kalispell Glacier.

"The one thing I am proud of is that our kids never quit," Evans said. "They fought until the very end. They made plays and they believed we were going to win. Now, we just have to learn from it and get better."

There are a handful of teams sitting at 6-0 while others surprised to get their first wins of the sesaon. See what else you may have missed fr…