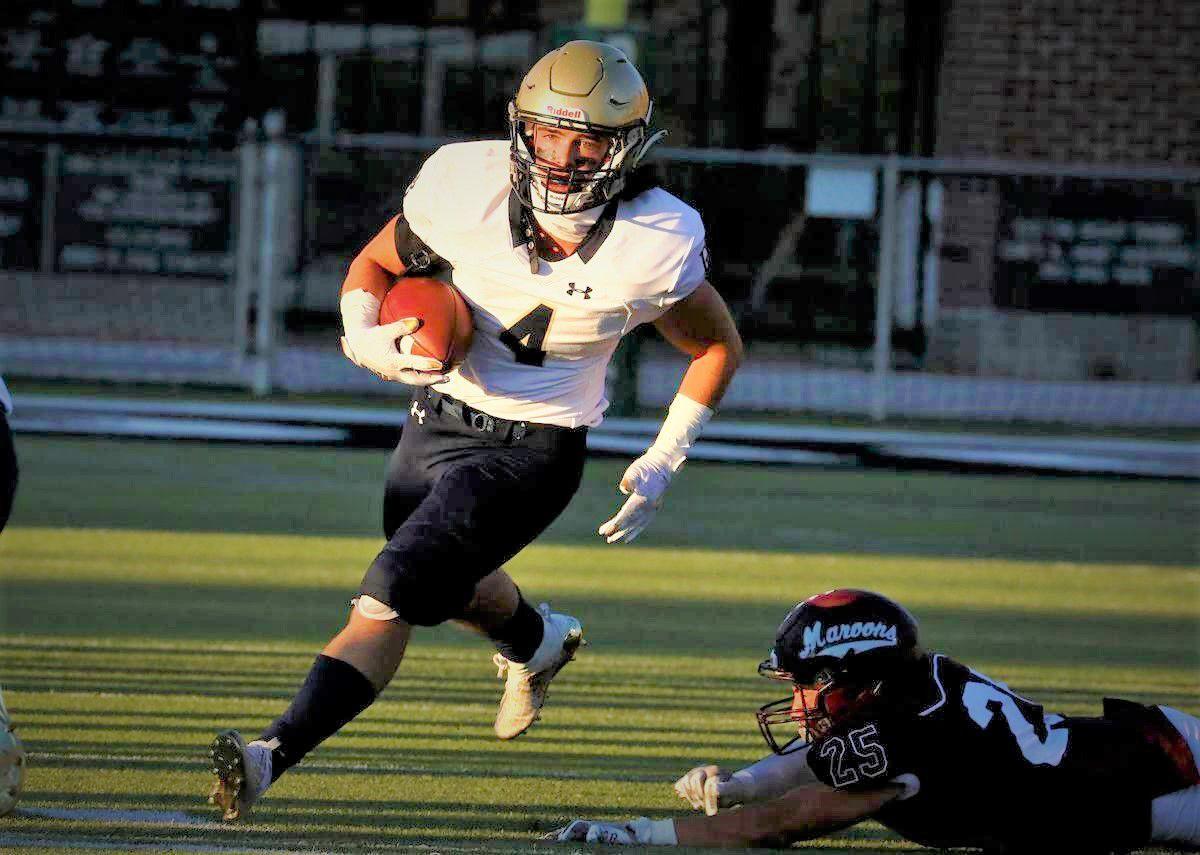 Dillon's Michael Hupp carries the ball during a game against Butte Central in 2020. 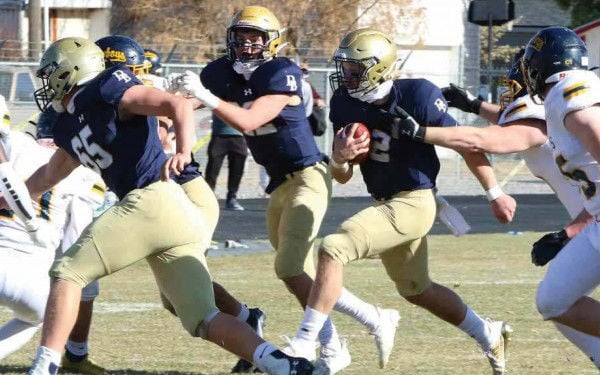 Jace Fitzgerald breaks a tackle during a game last season.

Dillon's Michael Hupp carries the ball during a game against Butte Central in 2020.

Jace Fitzgerald breaks a tackle during a game last season.

BUTTE — The annual Shrine Game has showcased some of Montana's top high school football talent, but the game also reflects a family tradition for Dillon's Michael Hupp, whose grandfather, William, played in the first Shrine Game in 1947.

William Hupp represented Cut Bank on the East team in the inaugural game. Representing the West team this year, Michael Hupp will play safety alongside his cousin, Jace Fitzgerald.

Hupp spoke about football's presence in his family before a practice Monday evening in Butte. Hupp said he sees some of his grandfather's skills in his game, but it was his brother who helped develop his interest in football.

"My older brother started playing. I saw you got to hit people and wanted to try it out," Hupp said. "After that I fell in love with the game. Me and my grandfather seem to play the same way, just pretty tough."

The 2021 Shrine Game has been scheduled to begin Saturday around 7 p.m. in Billings. For Hupp, it could be the final time he plays competitive football.

In pursuit of a business degree, Hupp decided to attend the University of Montana Western next year. He said he is glad to have finished high school, but will always cherish the memories he made on the football field.

"I'm just really happy to have played football at Dillon and with all the coaches there," Hupp said. "The other guys here, we've all grown up together and have been playing ball together since we could walk during recess. We definitely have a really good connection."

Zach McCrae, Dillon head coach and former player, said he was proud of all the players who made it to the Shrine Game and how they worked together on the field. He described Hupp specifically as a "natural football player".

"The first thing that comes to mind when I think of Michael is a natural football player, he's very tough and understands what he sees in front of him," McCrae said. "He's dealt with a number of injuries and was a little banged up this year, but he has persevered through each and every one of them."

"Every time he was on the field, our demeanor, our focus and our execution increased exponentially," McCrae continued. "I wouldn't say he's a vocal leader, but he is a leader on offense and on defense."

McCrae has been Dillon's head coach since 2018 but has been with the Beavers as an assistant for seven years. He said the Dillon program has been an experience unlike any other he has seen.

While Hupp, his teammates and players from across the state have gathered in Butte to practice for the game, the Shrine Game also includes community-oriented events and has raised money for Shriners Children's Hospital.

Community support has been vital in Dillon, which was expressed by both Hupp and McCrae.

"It's a special place. I'm fortunate to work with these kids and this community, we chase our dreams regardless of what that means," McCrae said. "With the players we've got up there for the Shrine Game, they're all great players but even better young men."

The Dillon community will have the chance to watch some of their athletes in person and on MTN Network on Saturday. Among the festivities for the Shrine Game is a parade in downtown Billings.

While honored to represent Dillon, Hupp said the week has meant a lot to his family. His grandfather is expected to attend the parade and the game of which he was once part of.

"My grandpa played in the first ever Shrine Game, so it means a lot to my family and especially to him," Hupp said. "I look forward to representing the Shriners and hopefully having a good game."

Check out who will be playing and coaching in the contest.