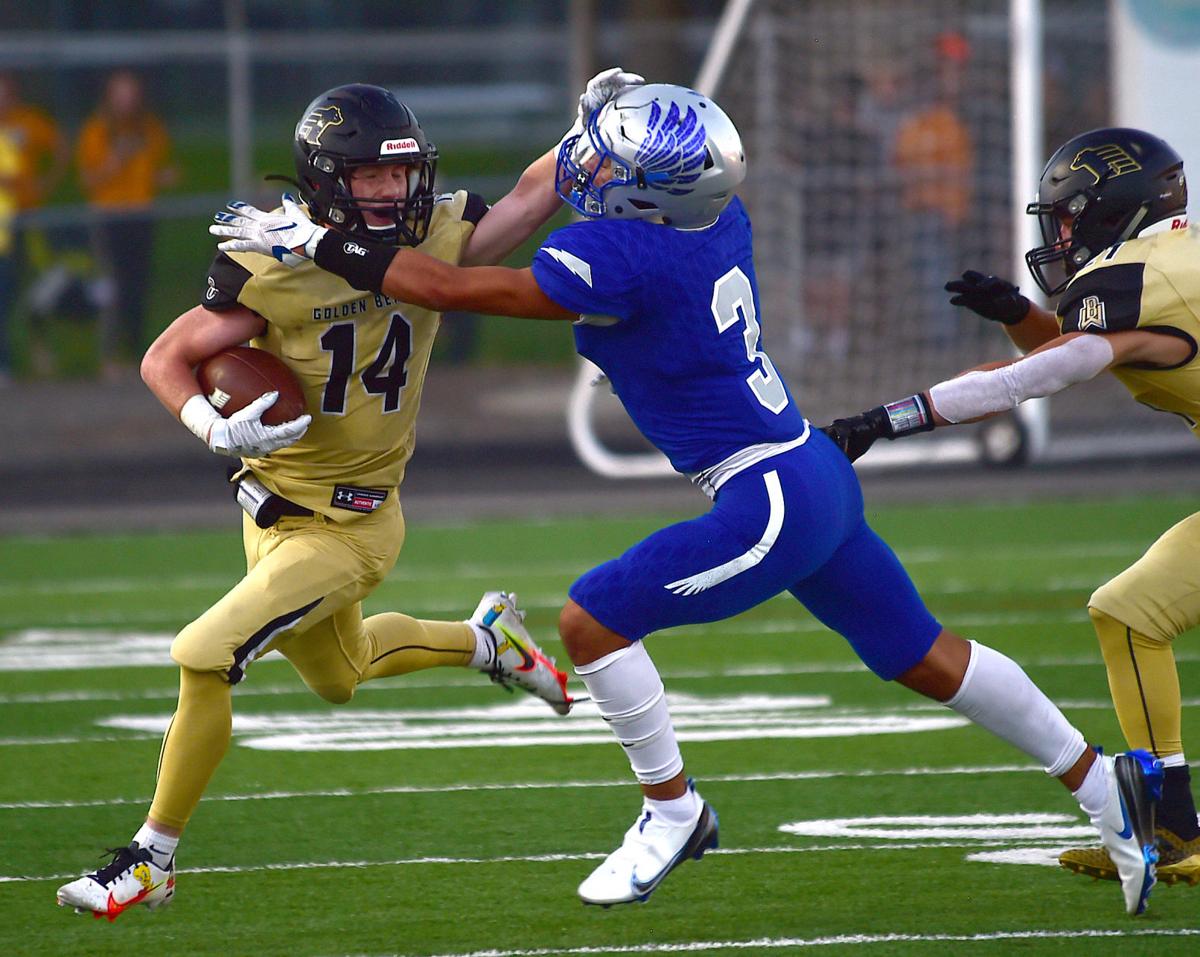 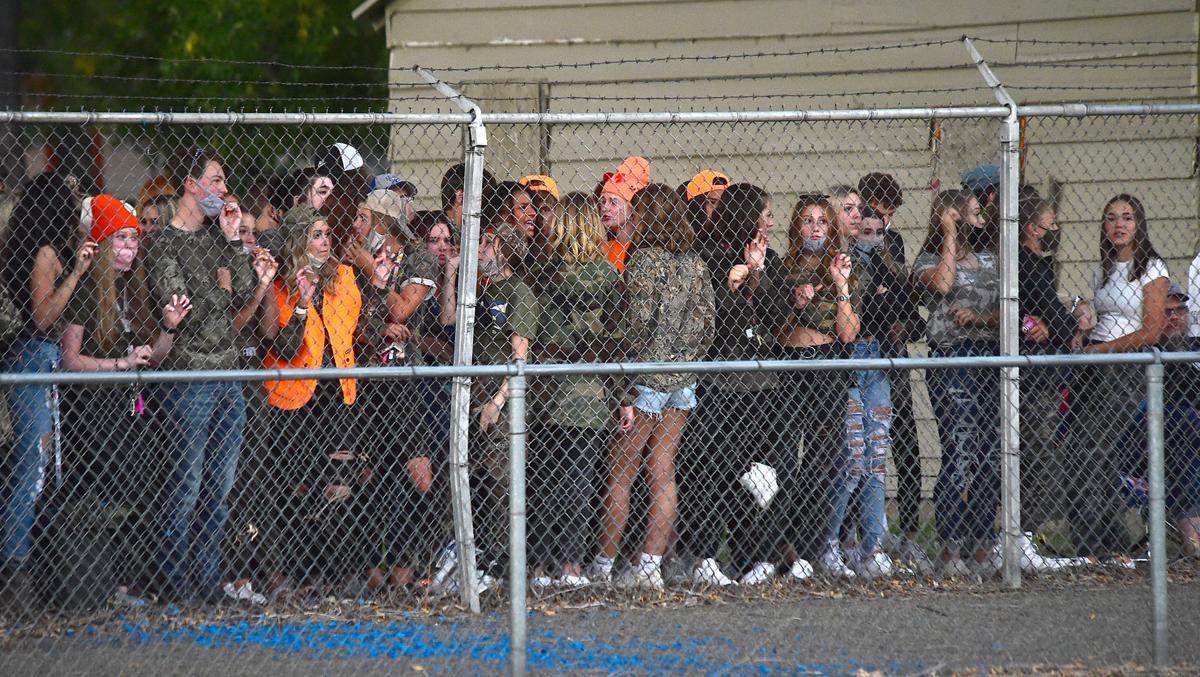 Skyview fans watch from outside the stadium as West High plays Skyview at Daylis Stadium on Friday.

A return to live action didn’t always look guaranteed. Neither did a win for No. 5-ranked West on Friday night at Wendy’s Field at Daylis Stadium. But after a 7-7 first quarter, the Golden Bears dominated and beat their Eastern AA crosstown rival 62-7.

All Class AA nonconference games were canceled before the season in an effort to slow the spread of COVID-19, the disease caused by the novel coronavirus. Class AA teams could merely prepare while teams in Class A, Class B, 8-Man and 6-Man played games the previous two weeks.

The same number of fans are permitted for visiting schools, the school district announced Thursday.

Face coverings and physical distancing are required for Billings spectators. While many masks came off throughout Friday’s game, fans remained in distanced pods for all four quarters.

The only crowded places were each team’s sideline and the fence separating Daylis from Pioneer Park.

A few dozen Skyview students stood in a group, played and sang along to pop music and cheered on their team. A smaller group of West students stood several yards to the west of Skyview's section.

West junior Isaiah Claunch felt some nerves right before the opening kickoff, he said. Not only was he preparing for his first game as West’s starting quarterback, he was replacing all-state selection and Rocky Mountain College signee Josh Erbacher.

The delayed start to the season amid the pandemic didn’t exactly ease the tension.

Taco Dowler did. The junior all-purpose star returned the game-starting kickoff 86 yards for a touchdown.

Dowler’s return was a preview of things to come, but it took Claunch and his teammates a quarter to find a groove. Skyview embarked on a couple long drives in the first quarter, and the second resulted in an 18-yard touchdown pass from junior Dylan Goodell to senior Jackson Willems.

On third and goal from the 18, Skyview’s Dylan Goodell completes a TD pass to Jackson Willems. 6:46 left in the 1Q. @skyviewfalconfb 7@bwhnation 7#MTscores pic.twitter.com/2Fewd57XtO

Any Skyview hope was dashed in the second quarter, in which the Bears outscored the Falcons 28-0.

Dowler also caught a 13-yard TD pass from Claunch and rushed for a 67-yard score on a Claunch shovel pass. Dowler nearly returned a second quarter punt to the end zone but was pushed out of bounds.

Stanton joked that Dowler would have scored if track and field season hadn’t been canceled. Spring sports were called off in April due to COVID-19.

“He just loves football, and he’s been working for this forever,” Stanton said of Dowler.

West’s Isaiah Claunch completes a 10-yard TD pass to Neil Daily on 3rd and 7 with 9:59 left in the first half. @bwhnation 14@skyviewfalconfb 7#MTscores pic.twitter.com/kNqITRwpvp

Deleon scores again, this from 2 yards out with 1:17 left in the first half. A little chippy at the end of the play.@bwhnation 35@skyviewfalconfb 7#MTscores pic.twitter.com/iJwnvqJag9

Dowler finished with five catches for 119 yards, Claunch completed 12 of 16 passes for 260 yards, four TDs and no interceptions and senior Jaymn Medlock rushed for 66 yards on seven carries.

Both teams met at midfield for the customary postgame handshake line, a routine that is outlawed in the Montana High School Association’s fall sports guidelines. Stanton knew this but the players forgot, he said, forming the line out of habit.

Though many things about this season require adjustment, Stanton said Friday’s blowout felt like “just another game.”

“Right now, kids are kids, and they’re back to being normal,” he said. “It was good.”