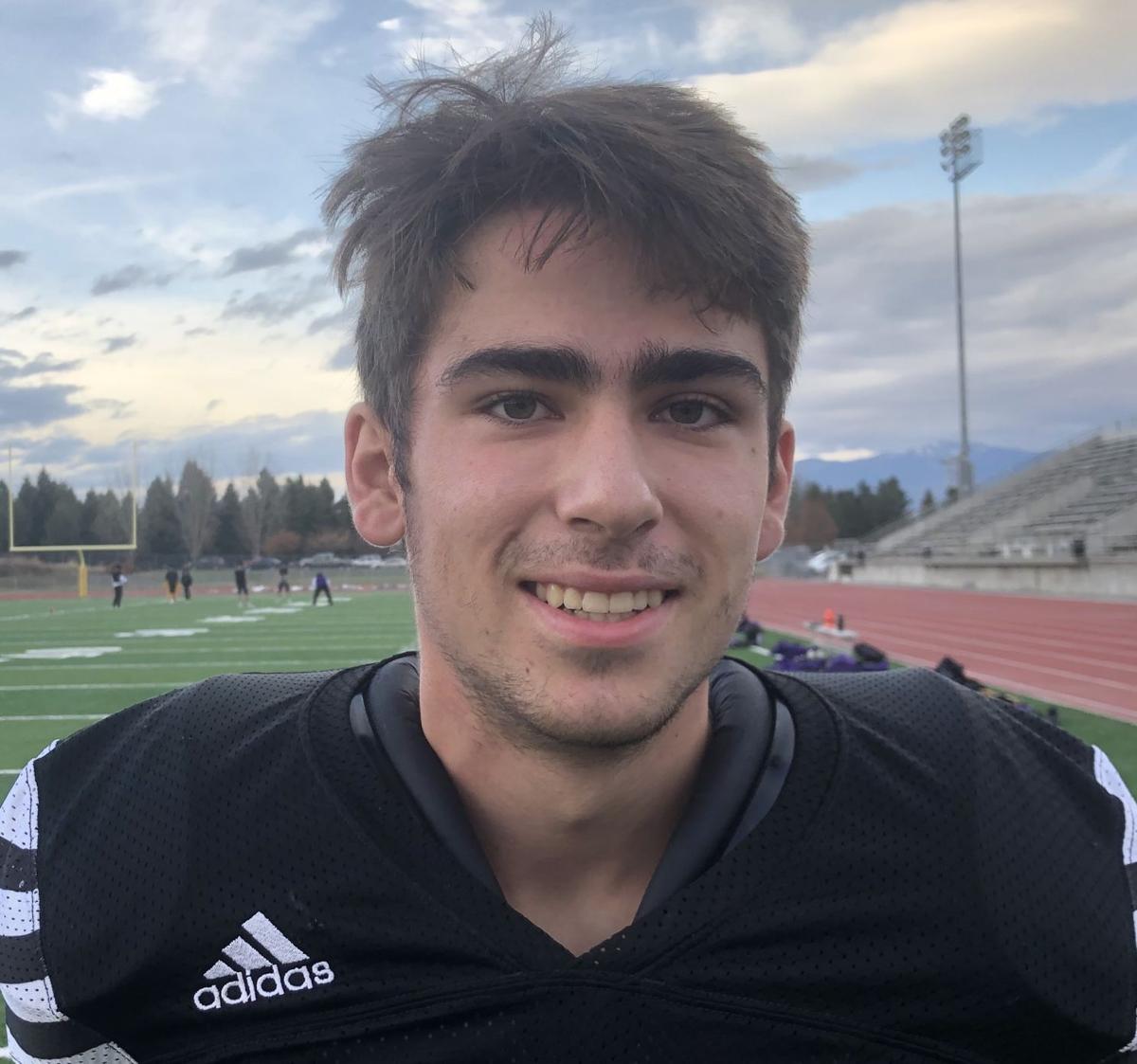 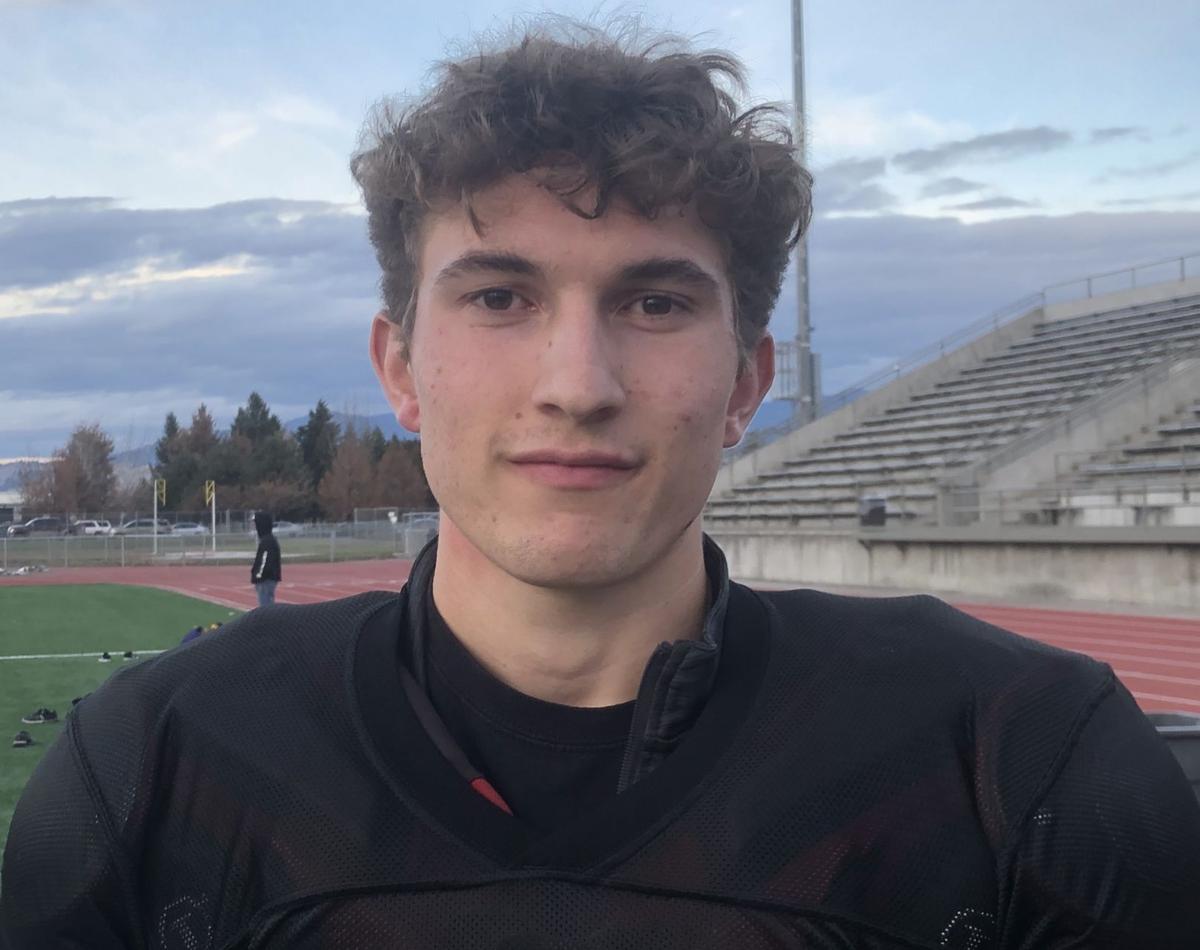 MISSOULA — Missoula Sentinel's starting placekicker was riding in a yellow school bus to Billings as the football team kicked off a massive game against then-unbeaten Helena High earlier this season.

Camdin Dirnberger was watching the game on his phone, a little sad he wasn't able to be there with his team. But for the senior center back on the state-semifinalist Spartan boys soccer team, a game against Billings Senior in the quarterfinals wasn't something he could miss.

It's tough to play two fall sports and even tougher when both teams a player is on are state title contenders. Dirnberger had to make a choice before the game against Helena, a contest that was going to have major implications on winning the Western AA title.

But as he was telling head football coach Dane Oliver he was going to have to miss an important regular-season football game for an important postseason soccer match, something else was going on in his head. He told Oliver that he wanted backup kicker and fellow senior Tyler Delridge to get his first-team kicking reps.

"It exemplifies what this whole team is about," Oliver said. "It's been about the whole instead of the individual, and we recognized that in front of the whole team, it unifies everybody. That's a guy who's competing for your job. And so for him to give up his reps, it's rewarding to see kids self-sacrifice for the good of the team."

Sentinel's win over Helena was not particularly dramatic, though the soccer team's 3-2 win over Senior certainly was. It took an overtime goal for the Spartans to take the lead after the Broncs grabbed a 2-0 lead in the second half following a scoreless first 40 minutes.

Both players were pretty happy with their choices. Delridge went 6 of 6 on PATs in the football game to go along with seven kickoffs for 385 yards. The thought that he might have to make a winning kick against Helena certainly went through his head.

"I think it goes through the head of every kicker," Delridge said. "I think deep down it is kind of what we want. We want those tougher situations."

Sentinel won the game 48-0 and his pressure-kicking skills were never used, but he was ready. Dirnberger, meanwhile, helped push his team through to the semifinals.

Balancing the sports has occasionally been tough, and on a heavy week, especially this year with the soccer season being so condensed, there was a time where Dirnberger played three games in three days — soccer, football and back to soccer.

Somehow, though, he finds the time and strength to do both and rarely has to sit one out for the other.

"It's always a hard decision," Dirnberger said. "It just hurts my heart to pick between the two things I love ... I made the hard decision to put soccer over football, plus Tyler is a good kicker, and he stepped up."

The two kickers are close, and their birthdays are just a day apart. Delridge played soccer in the past, and the pair play together for the Missoula Strikers.

Delridge got into football his sophomore year after spending years playing soccer, while Dirnberger has been on the gridiron far longer. One thing Dirnberger is very proud of is that in his entire life — from when he was a baby until now — he has missed just three Grizzly home games.

He grew up idolizing legendary Montana wideout and return specialist Marc Mariani, who in turn had a noteworthy NFL career. Dirnberger wears No. 80, and Mariani is exactly the reason why.

When Dirnberger was younger, wide receiver was the position he played. The kicking came a little later.

"Unfortunately I do not have the hands that he has," Dirnberger deadpanned. "But I do have a nice leg, and I've been able to use that to help the team."

Both kickers really have contributed, even if it's a lot of working together at practice and taking turns behind the goal post while the other kicks.

Placekickers on big teams such as Sentinel rarely play a secondary position, so much of the time at a practice is spent working on their craft. It can get repetitive but is rarely dull, and with development such a big part of what the Spartans are trying to do, it's a good opportunity for everyone to get better.

And while the pair is certainly competing for time, it really does display the true tenets of what Oliver wants for his program. There is a deep sense of team before individual that pervades through the entirety of program.

It might be most noticeable with how quarterbacks Camden Sirmon and Dayton Bay split reps nearly evenly, but it's noticeable in other places too.

"It's just a reflection of how our team is run," Delridge said. "And our players reflect it as well. It's just awesome and I'm grateful for the opportunity."

Soon, Sentinel will host Great Falls High in the second round of the playoffs. Both kickers are health and seem excited for any opportunity they will have to enter the game.

Dirnberger has been stellar this year, making 35 of 36 PATs and 3 of 4 field goals while also primarily handling kickoff duties. Delridge has had his shots too, going 10 of 10 with his extra points and also getting a few late-game kickoffs.

It works well, as has pretty much everything with Sentinel this year.

"The individual is put kind of below the team," Delridge said. "And it's followed through. I've had some coaches in the past that try and do that. And they do a pretty good job. But when it comes down to it they don't always commit to putting the team first and making their own sacrifices.

"It's a lot easier to follow that mentality when you see your coaches doing it, and they definitely do it."

A long, strange road is ahead for Montana men's basketball — especially its freshmen

It's a tough, strange year to be a freshman college basketball player