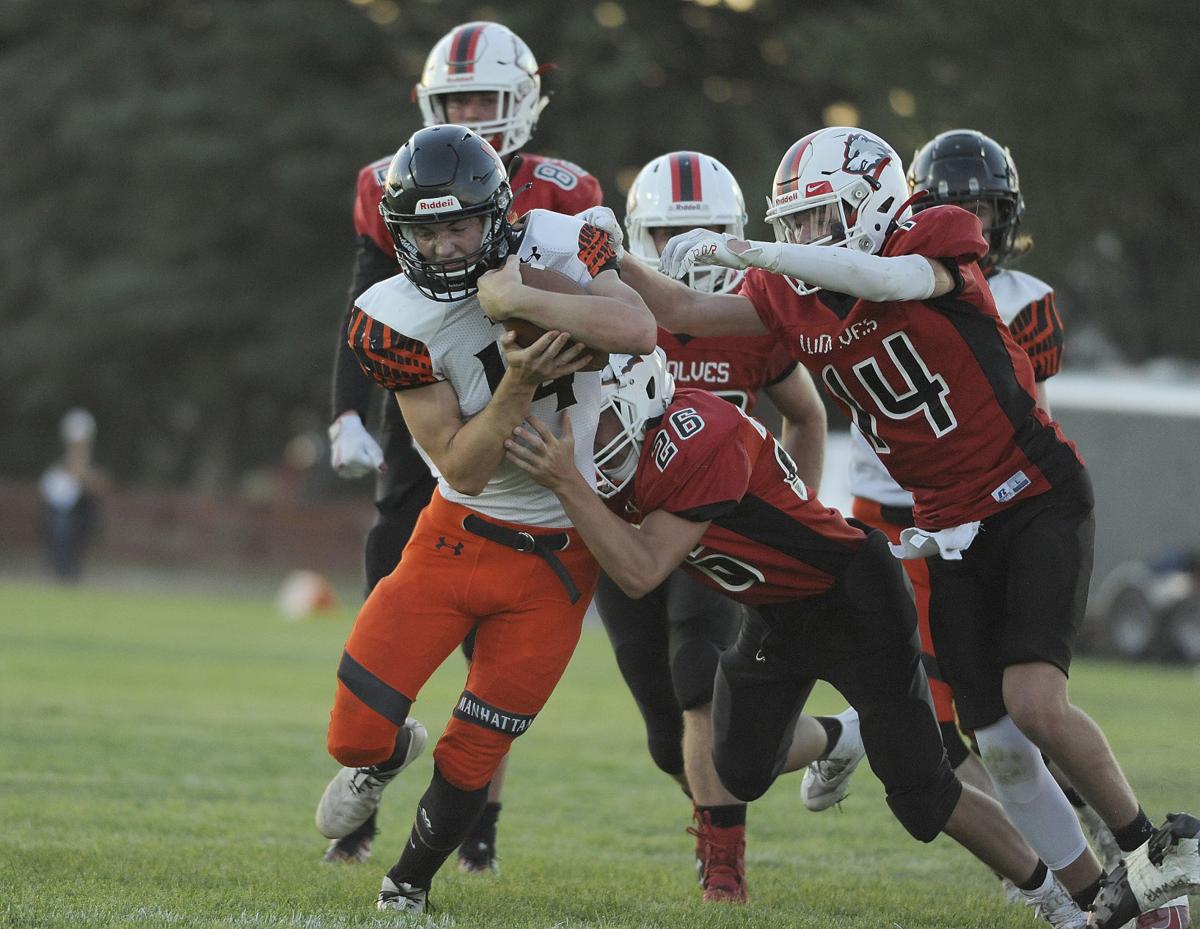 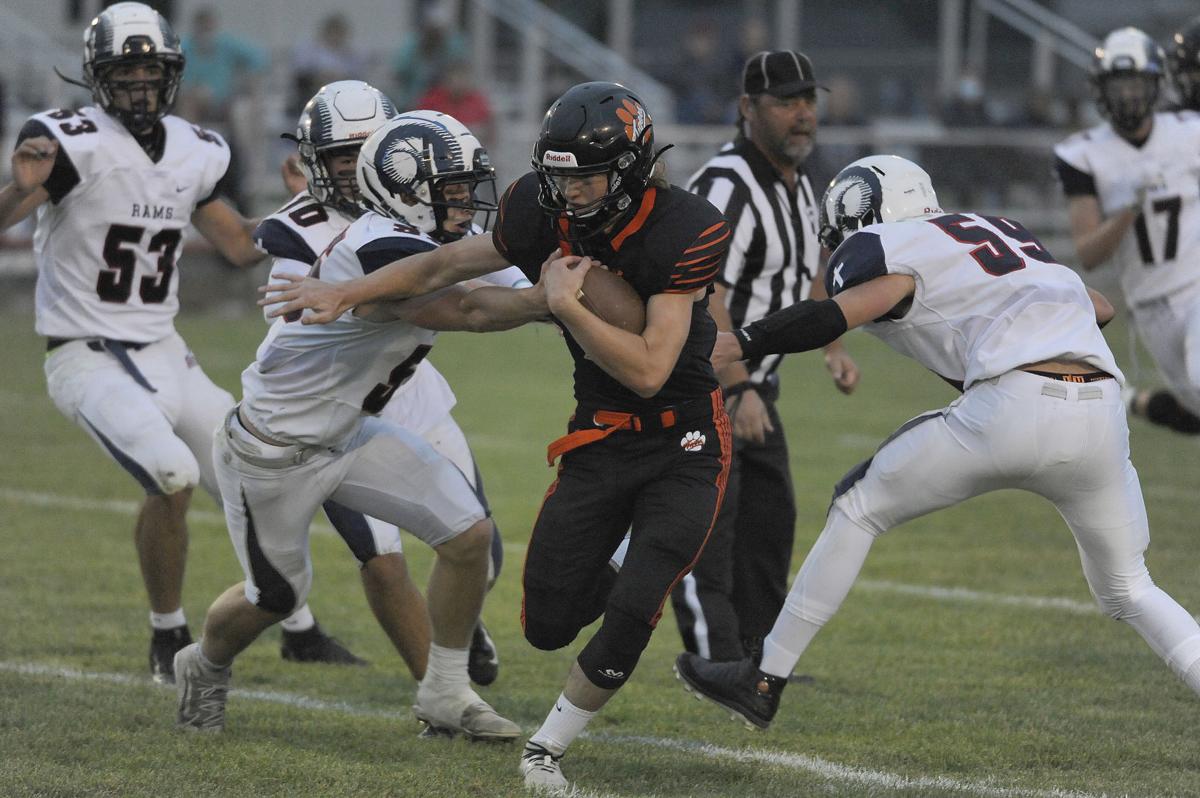 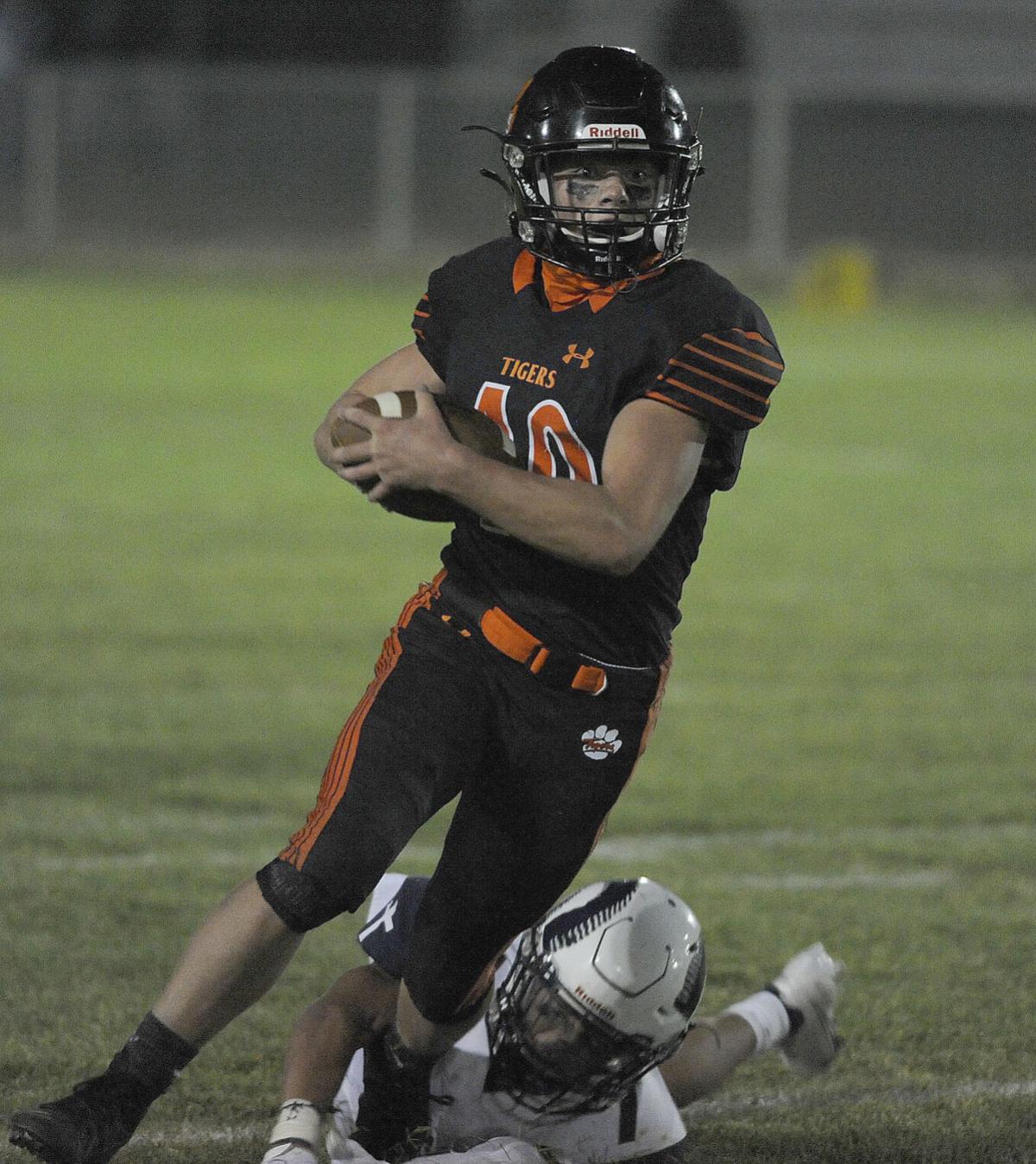 Knowing he would have another chance at a state title, Caden Holgate felt awful for his teammates who wouldn’t.

Manhattan’s run to the Class B championship a year ago, its first appearance ever for the program, ended when the Tigers lost at home to Lincoln County in the title game. Holgate, then a junior, tried to lift the spirits of the team’s seniors. He told them how much they meant to the program.

The Tigers who would be returning wasted little time preparing for the next season. During basketball season, this spring and throughout the summer, they lifted weights and worked through drills, determined to not suffer the pain of defeat again.

So far this season, they haven’t. The Tigers are 5-0 heading into their game against Sweet Grass County at 7 p.m. Friday in Manhattan.

The Tigers are ranked No. 1 in 406mtsports.com’s rankings this week. They’re coming off a 58-6 win over Columbus, which is now at No. 10. The Tigers also beat No. 4 Florence-Carlton 35-29 in their season opener.

The Tigers are motivated to improve on last year’s result.

“I think we have the players, the offense, defense, everything we need to get it done this year,” Holgate said, “and I really think we can.”

Veltkamp feels his team’s wins over top-notch opponents is a product of that offseason work ethic. While daunting, he thinks those hours spent for months tirelessly striving to build on their skills is finally starting to pay off.

Losing the state title game has served as fuel. They’re confident they can play with the best teams in the state and already have this regular season.

“It was a five-days-a-week job,” Veltkamp said of the offseason, “where we were putting in the work and trying to get better so we don’t have to go through that again.”

Manhattan head coach Chris Grabowska noted his program lost 12 seniors last year but 13 are on this year’s team. He feels the experience gained in the postseason a year ago has helped his returners feel more comfortable on the field.

And because of last season’s success, Grabowska said the Tigers recognize the week-to-week preparation needed to win.

Manhattan’s defense, Grabowska said, has picked right up where it left off a year ago. The Tigers have allowed 8.4 points per game this year and only six total in their three Southern B victories.

Veltkamp, a linebacker, leads the team with 29 tackles, five for loss. But the Tigers have swarmed to the ball as a unit as seven have double-digit tackles. They’ve also racked up 17 sacks and have caused 14 turnovers compared to just three lost.

Grabowska’s philosophy is simple: make sure players are in the right spot and let them make the plays they need to.

“It starts with the mentality,” he said. “Our kids love to play defense. And then week by week, I think our coaches do a great job of game planning and getting the kids prepared to really take away the other teams’ best players and their best plays.”

On offense, the Tigers are exceptionally well-balanced and have scored 46.8 points a game. They average 198.4 rushing yards and 199 passing yards per contest.

Three Tigers have rushed for over 100 yards this season. Isaac Richardson paces Manhattan with 359 yards per run and five touchdowns on 58 carries, an average of 6.2 yards per attempt.

Veltkamp serves as a multifaceted threat. He’s rushed for 307 yards and five scores on 31 carries — 9.9 yards on average. He’s also caught 11 passes for 149 yards and a touchdown.

Four different players also have at least 100 yards receiving. Corban Johnson leads the way with 346 yards on 17 catches, eight of which have been touchdowns.

And at the center of the offense, Holgate shifted to quarterback and guides the team. He’s totaled 949 yards and 12 touchdowns through the air while completing 71% of his passes and throwing just one interception.

“Offense is doing a great job,” Grabowska said. “We’ve got some playmakers that help us be explosive. Each week, we’re getting better and better with our run game, too. Just overall, we’re a very balanced team.”

Veltkamp would love to win a state championship now. But he doesn’t want the Tigers to think too far ahead in the midst of a season.

He said he’s solely focused on preparing for Sweet Grass County. And every week after that, the Tigers will hone in on only their next opponent. Then they’ll see how far that takes them.

State B football: 'Hungry' Manhattan travels to 'built for this' Fairfield for title game

The Eagles are playing for their fourth title since 2011, while the Tigers are searching for their first championship in program history.