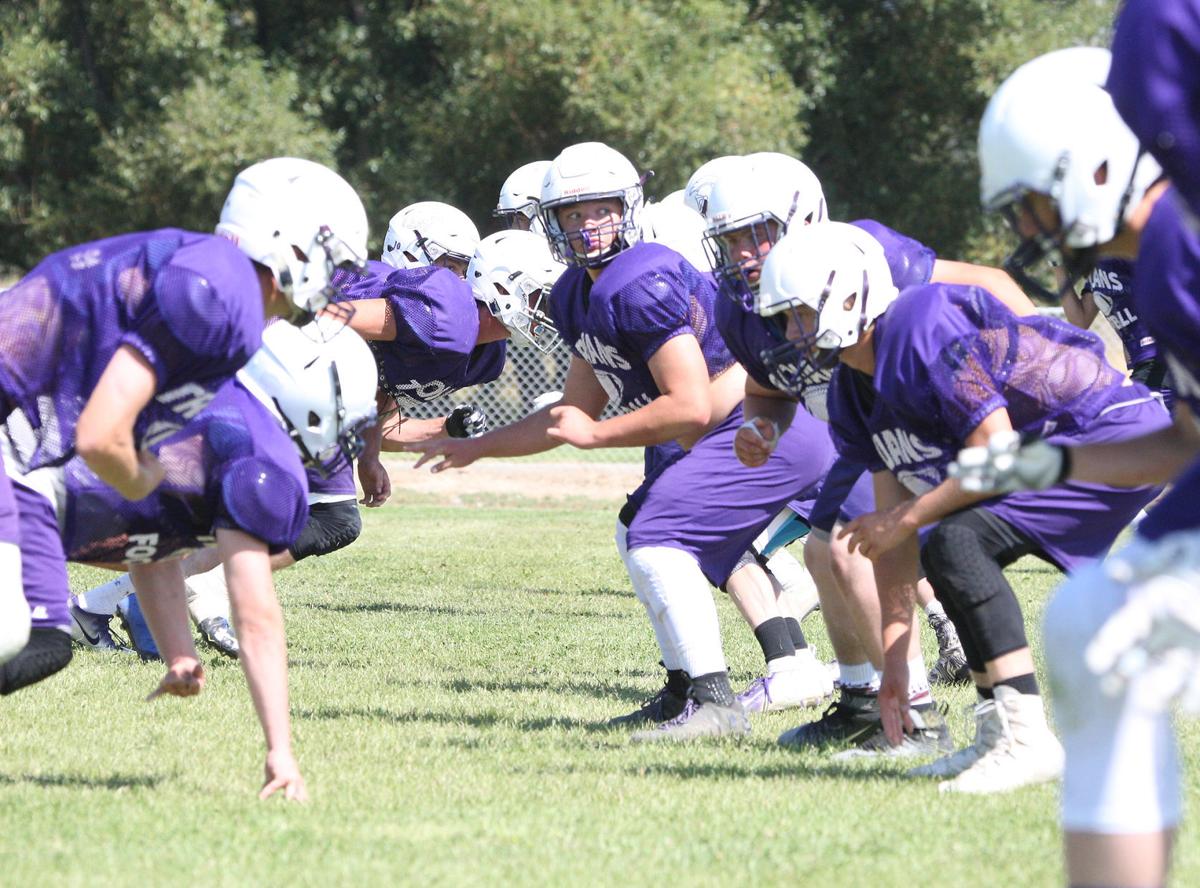 Whitehall's offense and defense take part in a scrimmage during a Trojans' practice. 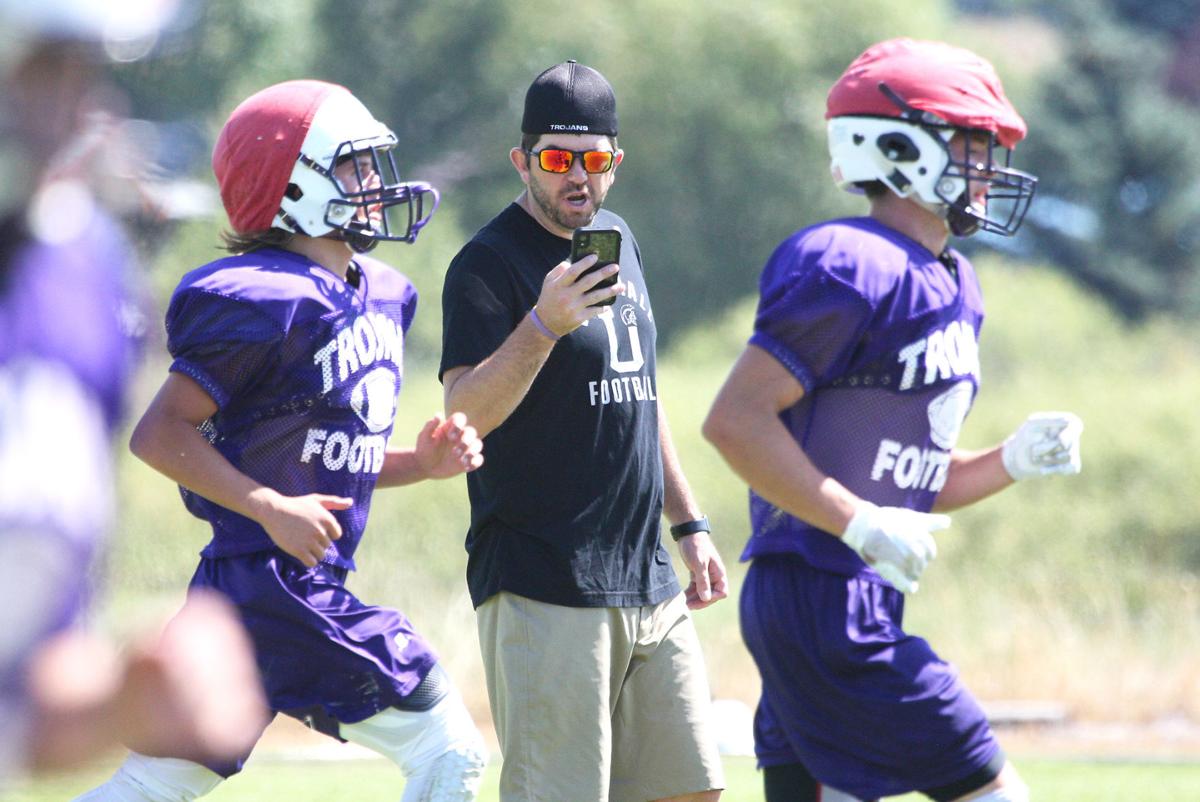 Whitehall's offense and defense take part in a scrimmage during a Trojans' practice.

WHITEHALL — There was an unexpected person setting up under center for Whitehall's football team during a recent Trojans practice.

It was Whitehall's sixth-year head coach Dan Lacey taking snaps, rifling balls to slot receivers on slant routs, airing out deep passes to wideouts and even scampering for a first down or two.

The purpose? Lacey wanted to get a front-row view of the pre-snap motions of both the offense and defense.

Of course, it won't be Lacy slinging passes when Whitehall opens its season at Cut Bank. The Trojans will be leaning on freshman Miles Hoerauf as they begin their quest to bounce back from a 2-7 season that was hobbled out of the gate.

A year ago, Whitehall was coming off another playoff appearance spurred by an undefeated regular season as the Trojans opened their campaign against Colstrip.

Then all-state senior quarterback Max Feight suffered an ACL tear in his right knee in the first minutes of the game. The rest of the season would be tough sledding for Whitehall.

"That was a tough one, that was a huge loss," Lacey said. "Max was a leader on both sides of the ball for us. It was tough to lose that so early. But he did a great job of staying with our team and helping the young guys."

Though his senior year was lost, Feight was able to make a full recovery and accept a football offer from The University of Montana that he had been offered prior to the start of the season.

"He’s made some big strides for us so far, he’s working hard and doing everything we ask him," Lacey said. "And he’s just excited to learn. That’s what’s awesome. He doesn’t make the same mistake twice and that’s what we like to see in our quarterbacks."

Hoerauf has some solid Whitehall lineage to draw from as his older brother, Dawson, played for the Trojans and is now a defensive lineman for Division II Minot State.

Flanking Hoerauf will be a trio of wide receivers—junior Tegan Robbins, sophomore Brennan Wagner and senior Payton King—who will be looking to replicate the numbers of now-graduated receiver Cade Briggs who led the Trojans with 691 yards and five touchdowns.

"I think these guys will catch a lot of balls for us," Lacey said. "They're pretty dynamic and they can all do some things that are similar and they also bring a different skillset so it'll be tough to match up with those guys."

At running back, it will be up to junior Evan Wagner to pick up the torch left by the tandem of Connor Johnson and Sawyer Keener. The duo combined for over 1,000 rushing yards and six touchdowns. Wagner showed some flair in limited action, toting the ball 54 times for 218 yards.

Defensively, Whitehall's focus will be an fundamentals, specifically gap discipline.

"We’re not a real flashy defensive team," Lacey said. "What you see is what you get. We can’t try to overdo things."

'It’s going to be faster': Deer Lodge football looking for improvements after up-and-down 2018

Sports reporter at the Montana Standard