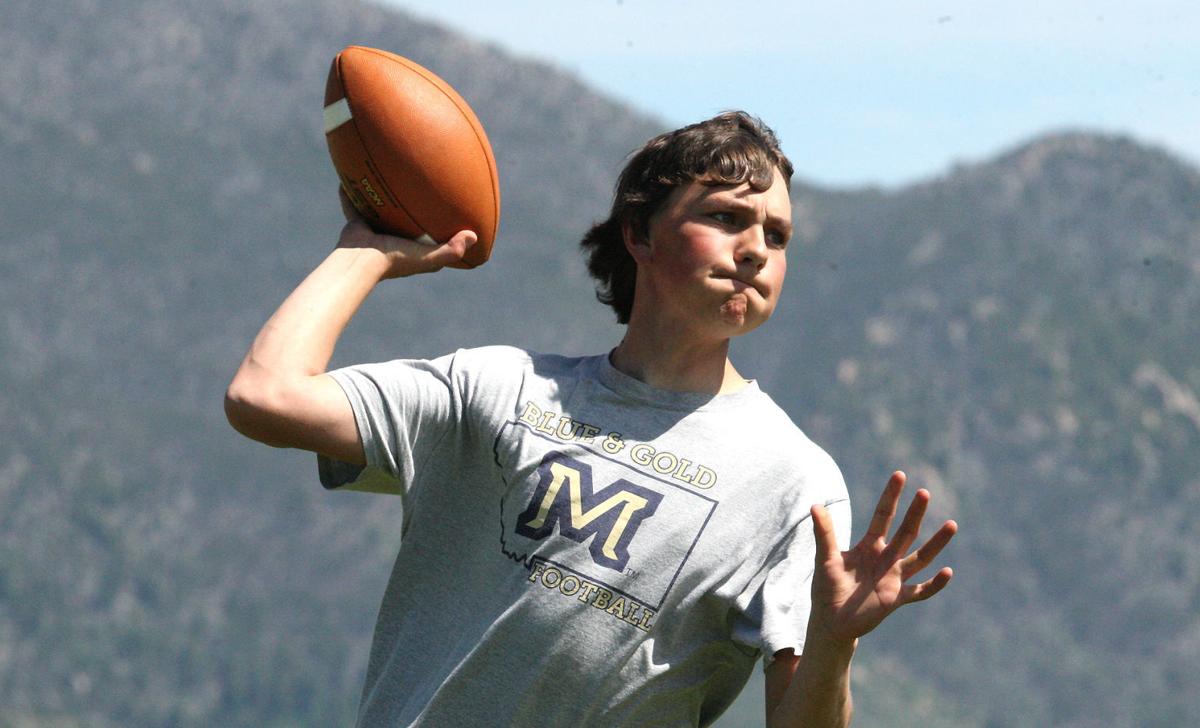 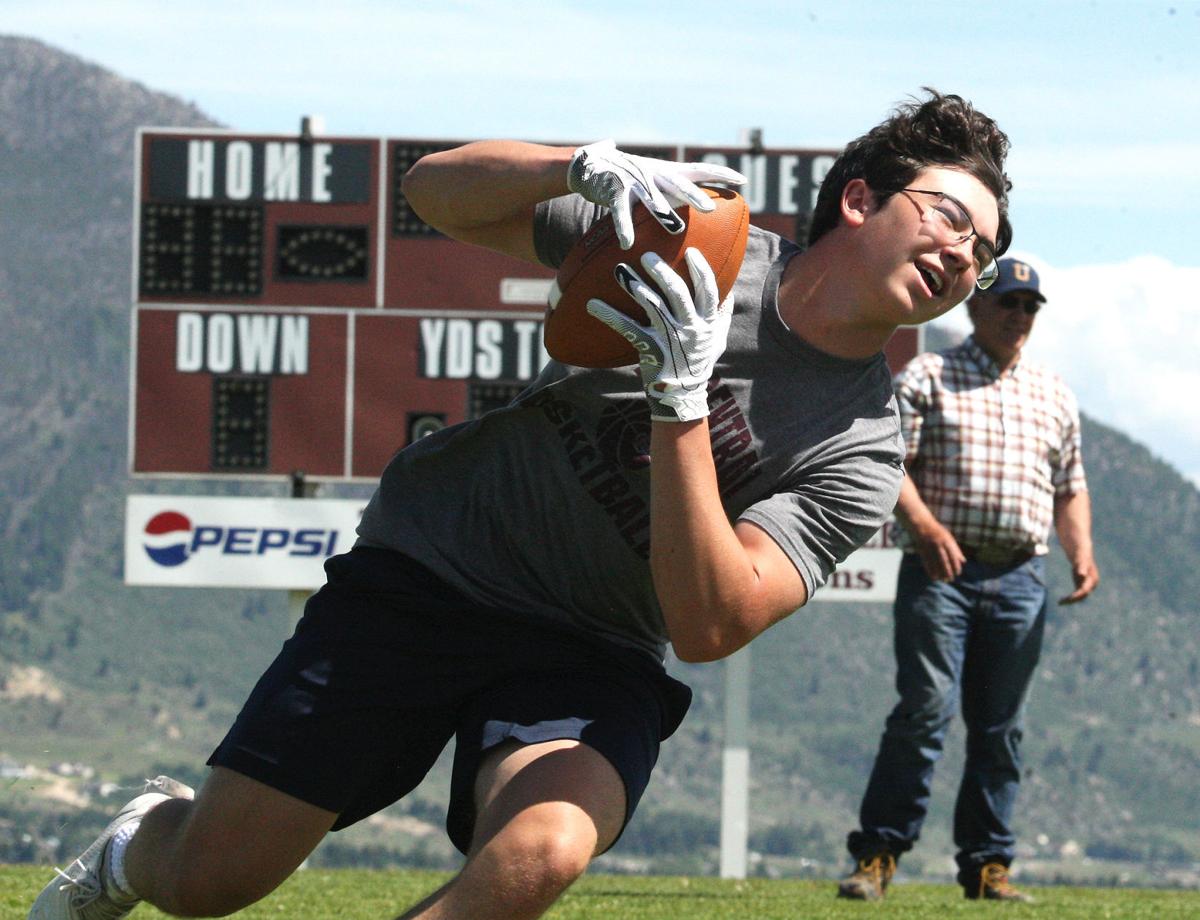 Butte Central sophomore Konnor Pochervina hauls in a pass during an open field practice on Thursday afternoon at the Maroon Activities Center. 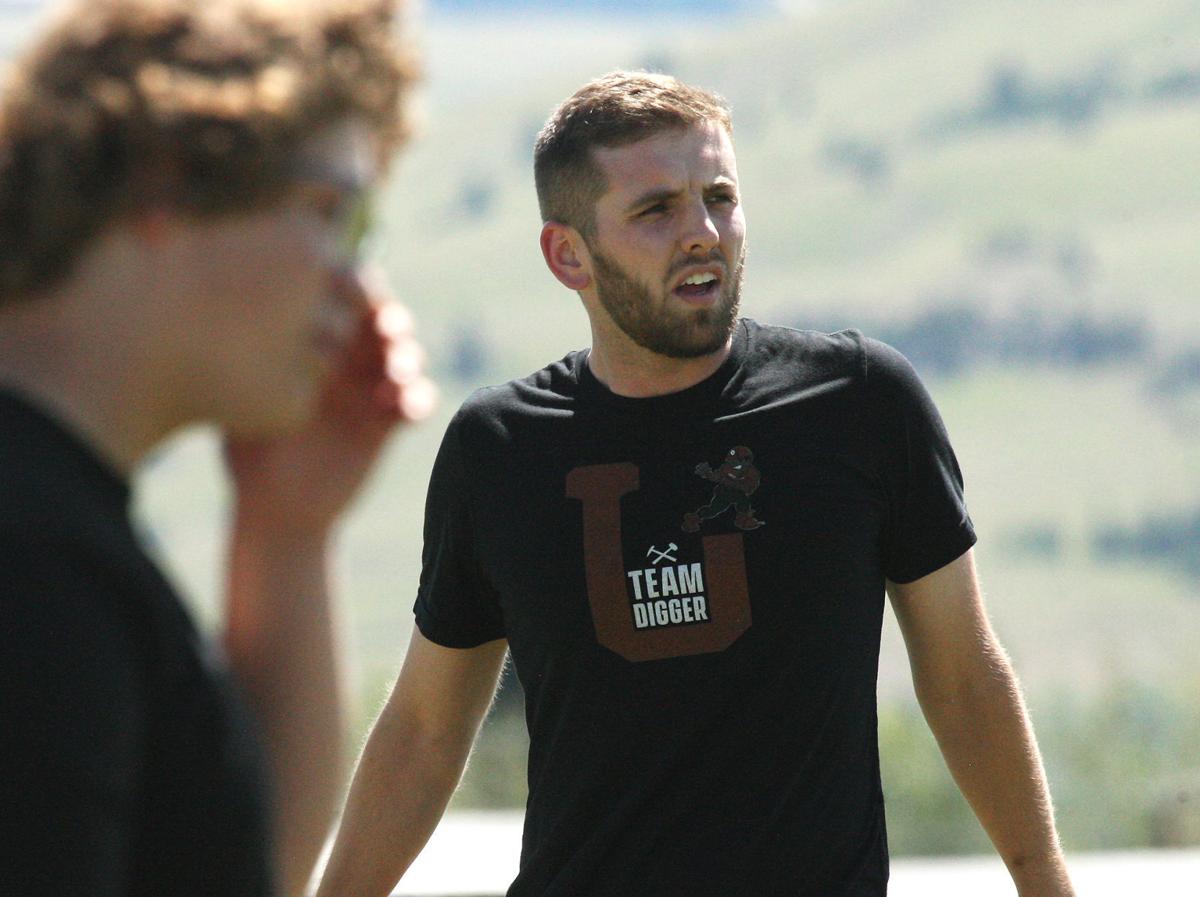 Butte Central sophomore Konnor Pochervina hauls in a pass during an open field practice on Thursday afternoon at the Maroon Activities Center.

BUTTE — The fate of football come fall fall — if it can be played and, if so, how it can be played — continues to linger in a state of unending uncertainty, especially as COVID-19 cases surge across the country.

But on a balmy Thursday afternoon, about a dozen members of Butte Central’s football team were on the practice field at the Maroon Activities Center, moving forward with preparations for the upcoming season, however that looks.

“Nobody knows what fall has in store,” Central football coach Don Peoples Jr. said. “But we’re going to be ready for whatever it is.”

Central, along with other high school football teams across the state, were given the go-ahead to begin holding modified offseason practices on June 1 after Gov. Steve Bullock announced Montana’s transition into Phase 2 of its staged reopening.

The Montana High School Association then released a set of detailed guidelines on how to hold practices while at the same time limiting the possibly of transmitting coronavirus. For football, a sport where social distancing is easier said than done, the MHSA recommended teams practice in "pods", or small groups.

That's precisely what Central did during its roughly half-hour open field practice, with their lineman running drills as a group and quarterbacks and wide receivers running passing drills a short distance away.

The Maroons have run an open field practice every Tuesday and Thursday — paired with either a morning or evening workout in the weight room — every week since the first week of June.

These practices have served as a sort of substitute for the summer camps Central usually holds in June and July. Peoples also said that there's been an increase in participation compared to last year.

“We’re really happy with our turnouts this year,” Peoples said. “Last year we’d get between 14 and 17 players and this year it’s been between 18 and 24.”

After being quarantined during the first phase of the coronavirus outbreak, the jump in numbers wasn't surprising.

“I think the kids were just craving getting back together," Peoples said. "They found out what it was like to not be together and we’re excited and eager to be back.”

Assuming football does resume come August, whatever capacity that is, Central will be looking to build on a 5-5 campaign that saw the Maroons return to the Class A playoffs after missing the postseason the year before. Central entered the 2019 playoffs as a No. 6 seed before falling No. 2 Libby in the opening round.