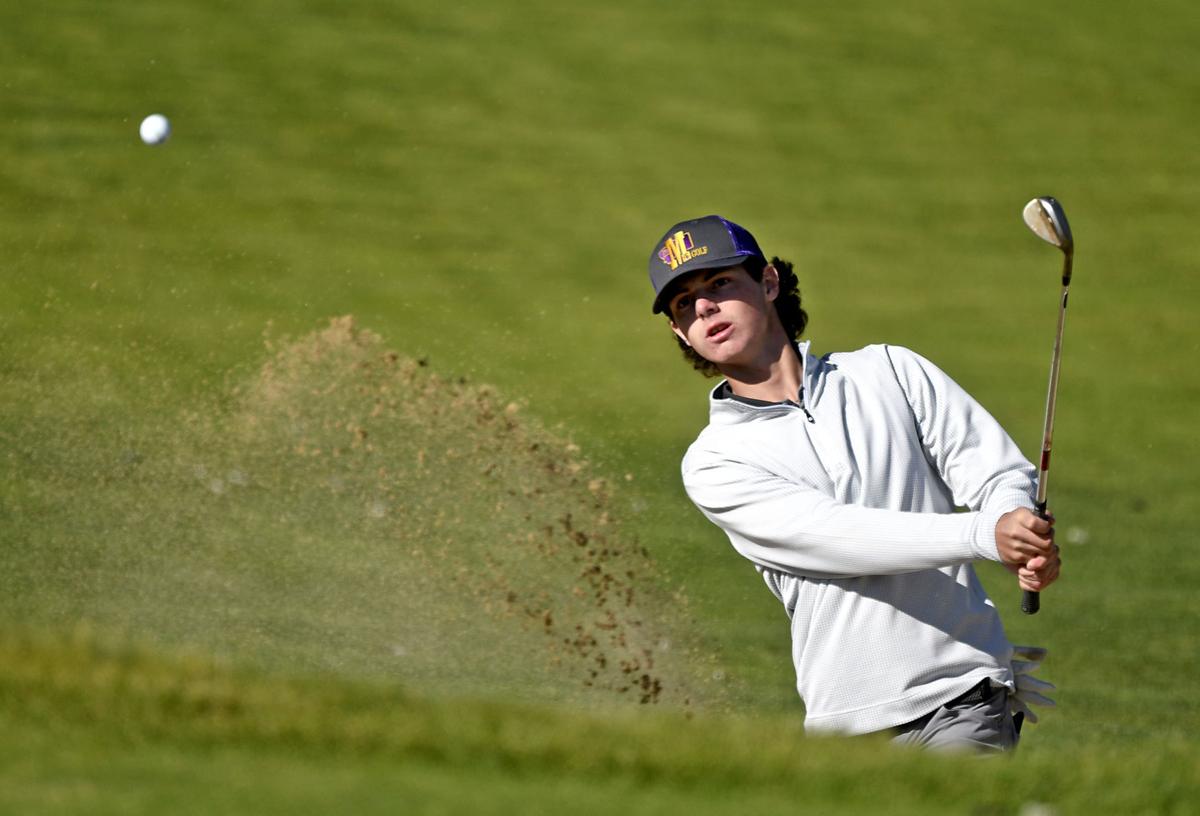 Kade McDonough of Missoula Sentinel, who earned State AA medalist honors as a freshman last season, will lead his team into next week's state meet with momentum after a strong effort at divisionals Friday at the Ranch Club. 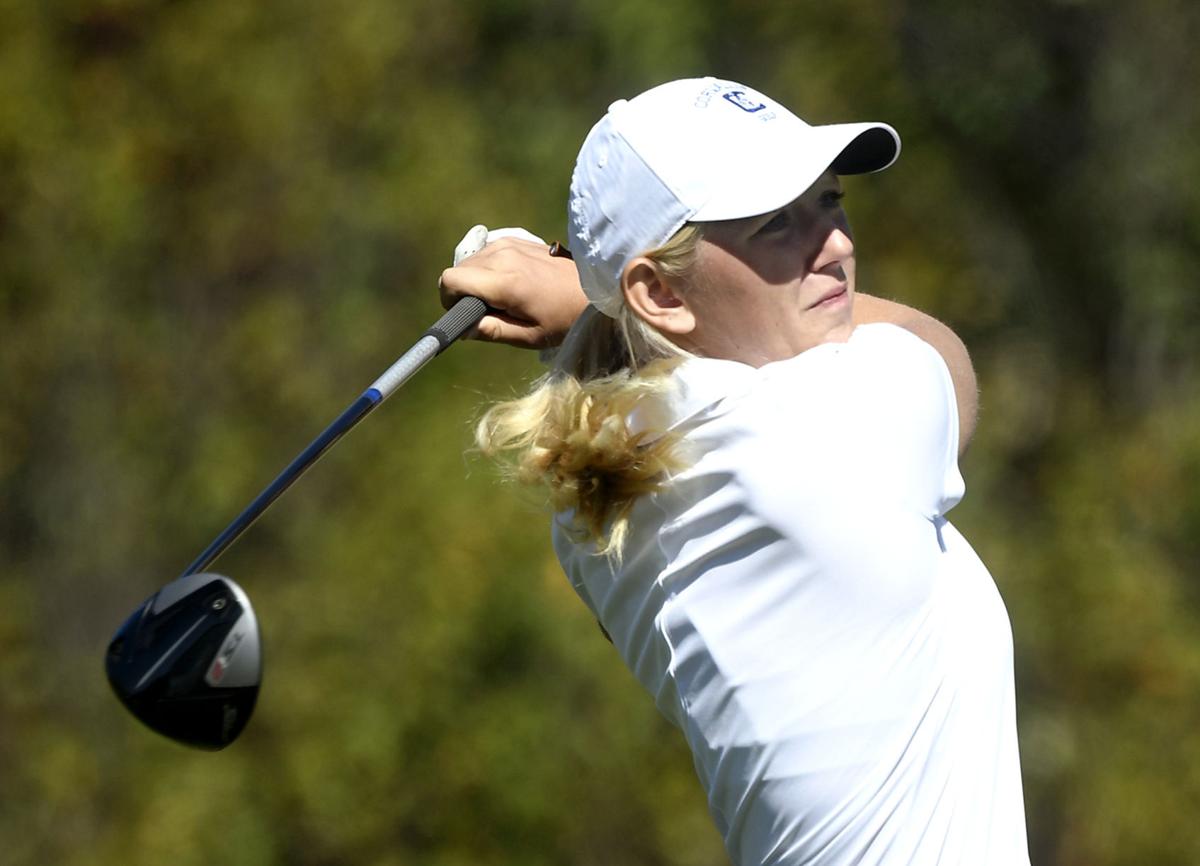 Macee Greenwood of Corvallis hits a drive at Canyon River Golf Course in this file photo from the Missoula Invitational in August. Greenwood will shoot for her second straight State A individual title this weekend at Polson Bay.

Kade McDonough of Missoula Sentinel, who earned State AA medalist honors as a freshman last season, will lead his team into next week's state meet with momentum after a strong effort at divisionals Friday at the Ranch Club.

Macee Greenwood of Corvallis hits a drive at Canyon River Golf Course in this file photo from the Missoula Invitational in August. Greenwood will shoot for her second straight State A individual title this weekend at Polson Bay.

EAST MISSOULA — Kade McDonough made a conscious decision when he was 14 years old to pour his heart into his golf game.

Ten months after taking medalist honors at the State AA meet, the 15-year-old made the most of his first tourney this season, claiming top honors in the boys' portion of the two-day Missoula Invitational on Tuesday. He followed up his round of 71 at Larchmont on Monday with a 68 at Canyon River for a total of 139.

"It feels good," said McDonough, whose father, Kurt, is a former golf pro. "I birdied the first hole today, so that was a plus.

"Larchmont I felt some nerves the first three holes. But I was 2-under after three so that was good. I hit it more straight now and I'm a little better putter. I'm still not there though."

McDonough's stellar score helped propel his team to a Missoula Invitational title, building on the momentum of last October when it took top honors at the state meet in Missoula. Repeating as champions won't be easy because Bozeman Gallatin appears to have just as much talent — at least on paper.

"We think we can win it," McDonough said. "We'll just see what happens."

McDonough's passion for golf has taken him to a lot of different places this summer. He finished in the top 20 in a field of over 300 boys in the 54-hole High School Golf National Invitational in late June at Pinehurst Resort in North Carolina.

"I'm kind of working a draw now," he said with a smile. "It goes a little farther, too."

Sentinel scored 586 as a team, underscoring runner-up Kalispell Glacier by 23 strokes. Joining McDonough on the list of contributors were Joe Opitz, who earned runner-up medalist honors at 74-69-143, along with Colin McCarthy (148) and Clay Godwin (156).

In the girls tourney, defending State A champion Macee Greenwood took top honors with a two-day score of 149. She followed up her score of 77 at Larchmont with a par-72 at Canyon River.

The 72 marked her best score ever at East Missoula's scenic course.

"I came off on a shaky start and then just kind of made that mid-round adjustment, found my swing," she said. "Then I just hit the fairways, hit the greens and two-putt. I didn't really make anything but it was steady."

Greenwood has found perspective with her golf game in recent months. Now her main goal for her senior season is to have fun.

"There's been some good and bad this summer," she said. "I did a lot of travelling and it didn't go the way I wanted it to, so I guess I'm taking this year as it's my last year and I'm trying to enjoy it. It's going to be over fast."

Greenwood's goal is still to play college golf, preferably on the NCAA Division I level.

"I think my swing is better in general," she offered. "I just need to get the consistency. I'm waiting for it all to come together."

Kalispell Glacier won the girls team race with a score of 768, underscoring runner-up Helena Capital by two strokes. Stella Claridge paced the Wolfpack with a third-place score of 89-79-168. Teammate Chloe Tanner finished fifth with a score of 92-86-178.

Roundup of coverage from Week 1 of the 2021 fall high school sports season in Montana.