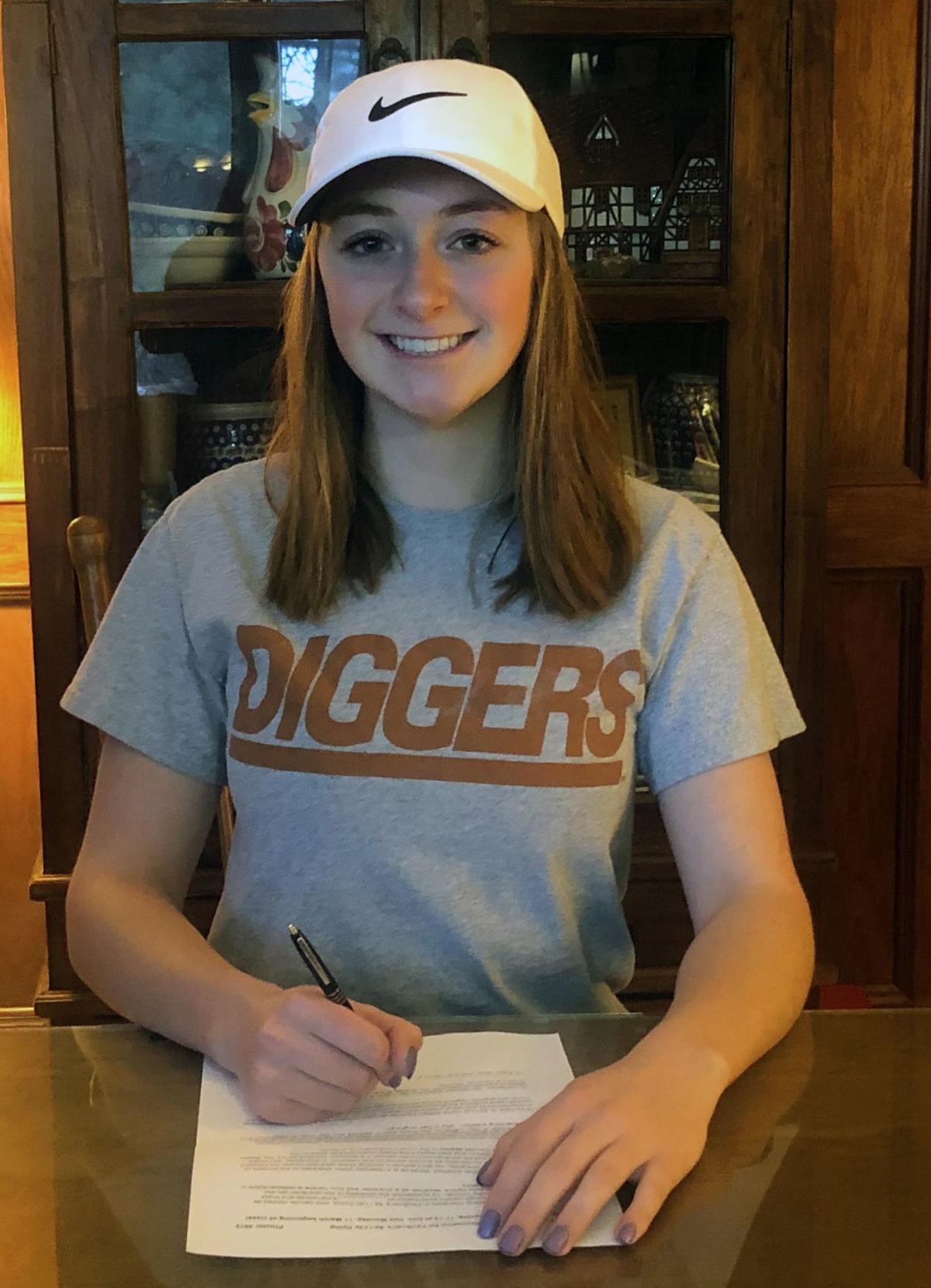 Helena High golfer Reyla Williams signs her letter of intent with the Montana Tech University golf team. Williams, a standout Bengals golfer, hopes to make an impact at Tech during the 2019-2020 season. 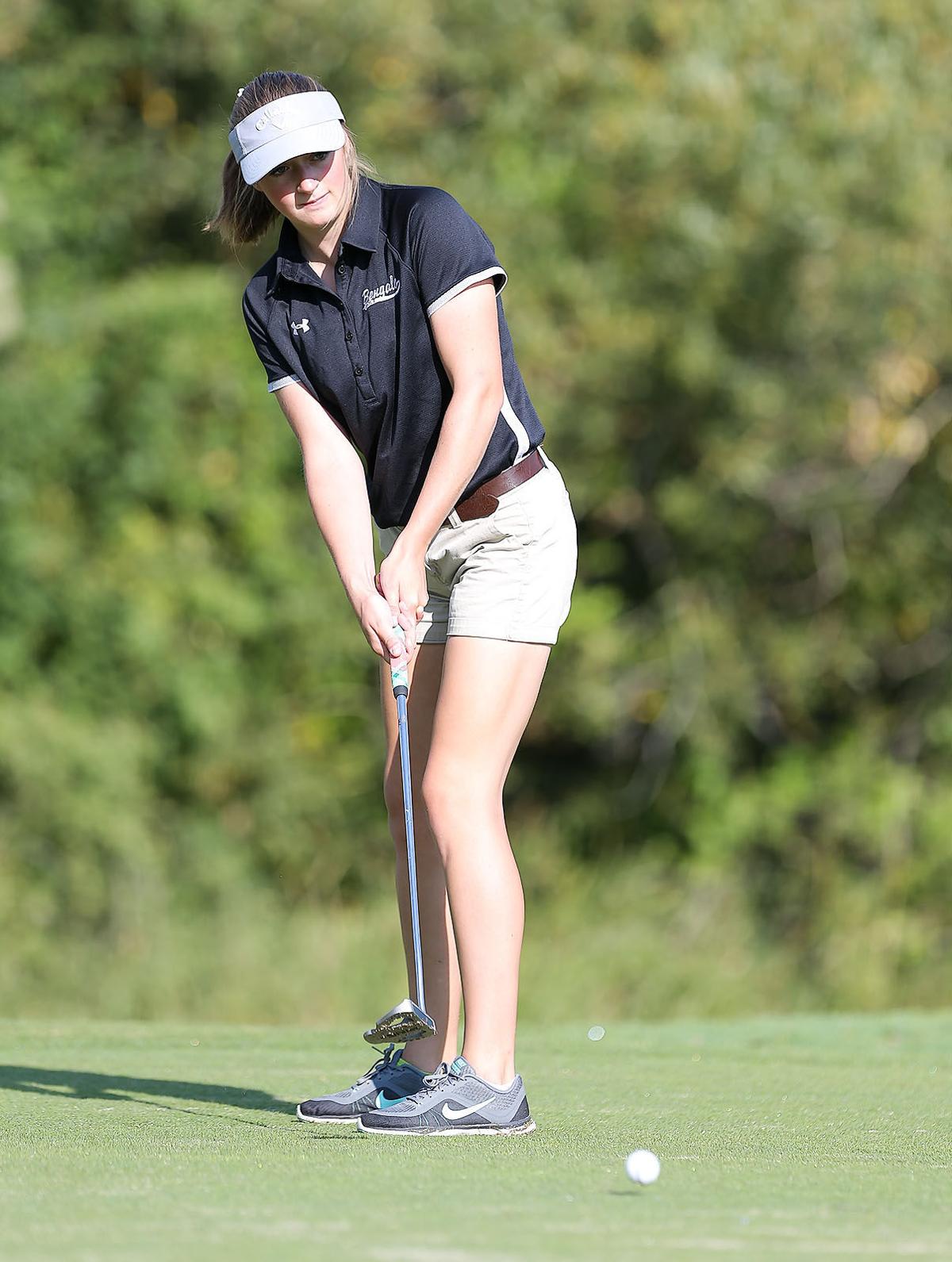 Helena High’s Reyla Williams has been a vital part of the golf team.

Helena High golfer Reyla Williams signs her letter of intent with the Montana Tech University golf team. Williams, a standout Bengals golfer, hopes to make an impact at Tech during the 2019-2020 season.

Helena High’s Reyla Williams has been a vital part of the golf team.

Though she never thought it would be to play golf.

She admitted she didn't have much interest in the sport despite her parents exposing her to it at an early age.

"I've been playing golf since I was 2 years old, and I hated the sport," Williams said. "I tried out four days before the start of my freshman year, (and) after my dad read an article saying there are over 500 girls golf scholarships that go unclaimed every day, I thought, 'Hey, if I could get good at this game, I could get college paid for' and it's working out for me.'"

It didn't take her long after to get pushed into the world of competitive golf.

"I was lucky my freshman year that I was only one of four girls playing varsity," Williams said. "I was forced into the deep end, and playing a varsity tournament two days after tryouts."

At first, Williams said she struggled on the greens, but it was the interaction with teammates that helped build her interest in the sport.

With her parents both working and Williams unable to drive, she had to resort to carpooling with her older teammates during the next few seasons.

Williams credits the bond she developed with older teammates Rowan Rankin and Weslee Nehl, who is currently a golfer at Carroll College, as a turning point.

By her junior season she saw a gradual transformation that allowed her to achieve Class AA all-state accolades in her final two seasons.

Helena coach Bob Tipton still isn't sure what her potential is because Williams only started playing competitively about four years ago. But he said she has the tools to make her as successful as she wants to be.

"She has a nice compact and easy swing, and I think she will only get better in college," Tipton said. "She hasn't quite reached her potential at all. With more time, she will continue to improve in college and have an unlimited potential she never had to use in high school. I am pretty excited to see her move on to play college golf. That means she will spend more time at it to make herself a better player."

While Williams is excited to continue her career, her future was almost in jeopardy. Former Montana Tech golf coach Lee LaBreche died suddenly in February and she didn't know if she was still in line for a scholarship.

Eventually Orediggers interim coach Sean Ryan notified her that he would honor her scholarship. At first, the offer was a surprise.

"It came out of the blue because my whole senior golf season, I didn't receive interest,” Williams said. “I got lucky that it happened to be in Butte, and I just started chatting with him. I got a call from him and he said, 'Hey, do you want to be on the team?' I was shocked and I wasn't expecting it. It was out of the blue, but it was awesome and I was so excited to be accepting."

Montana Tech participated in five golf tournaments this season. The Orediggers will return three of the six players from last year, including junior Lynzee Dexter, who finished 30th at the Corban Invitational in early April.

Editor's note: 406mtsports.com is tracking the Class of 2019 college recruits from around the state. If you do not see your athlete's name her…