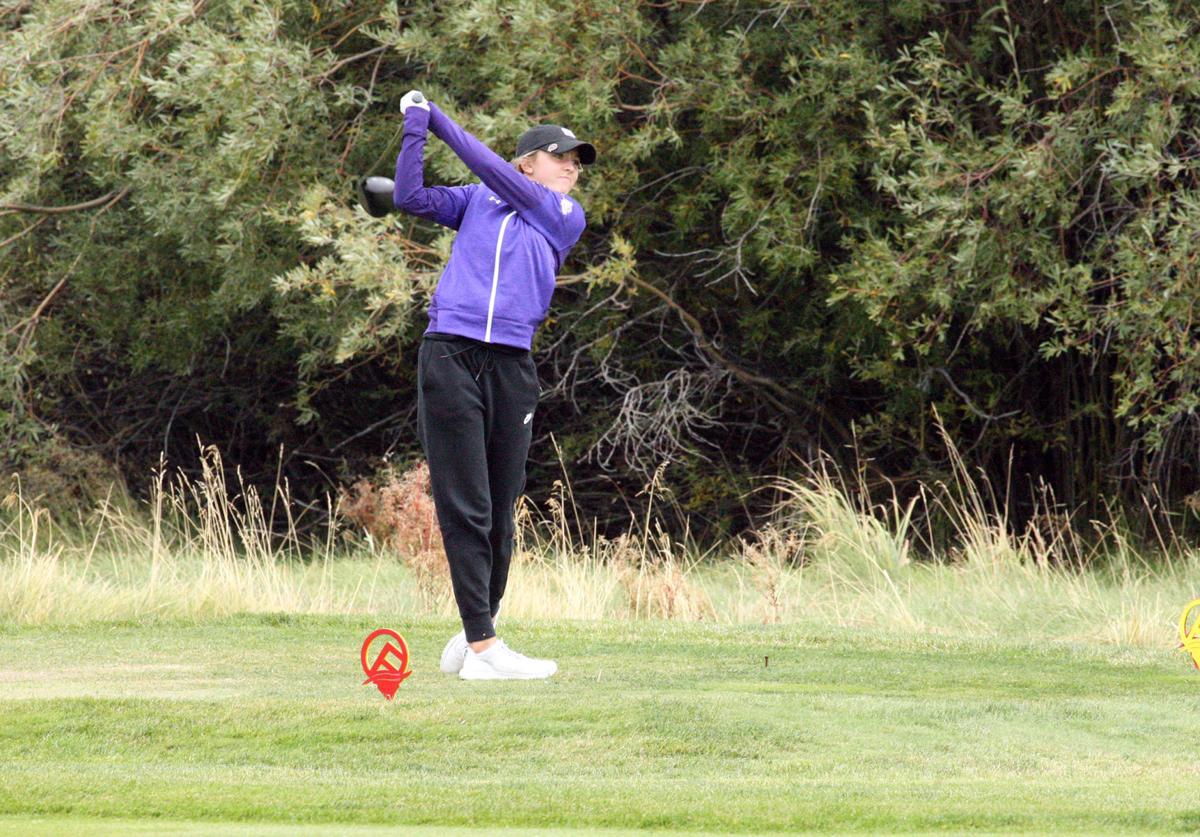 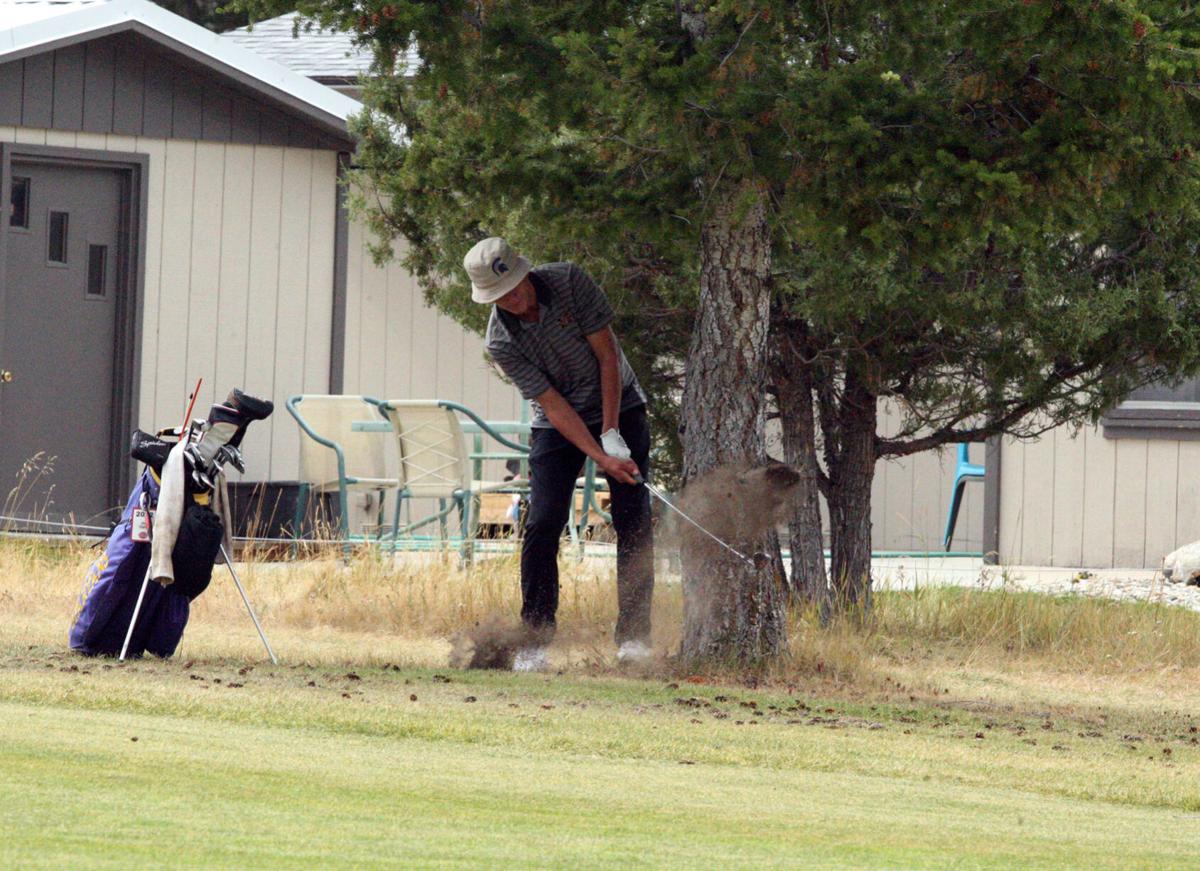 Missoula Sentinel's Joe Opitz gets out of trouble during the Western AA Divisional tourney's second round at Fairmont Hot Springs. 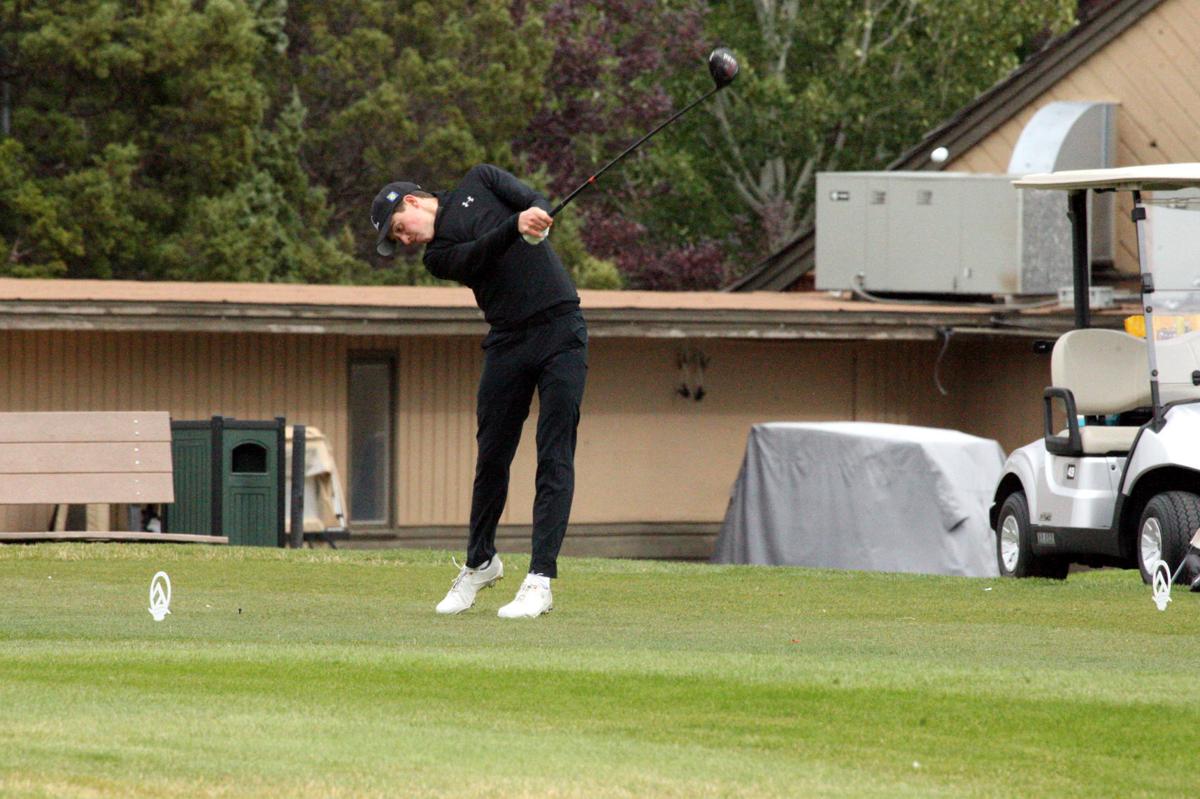 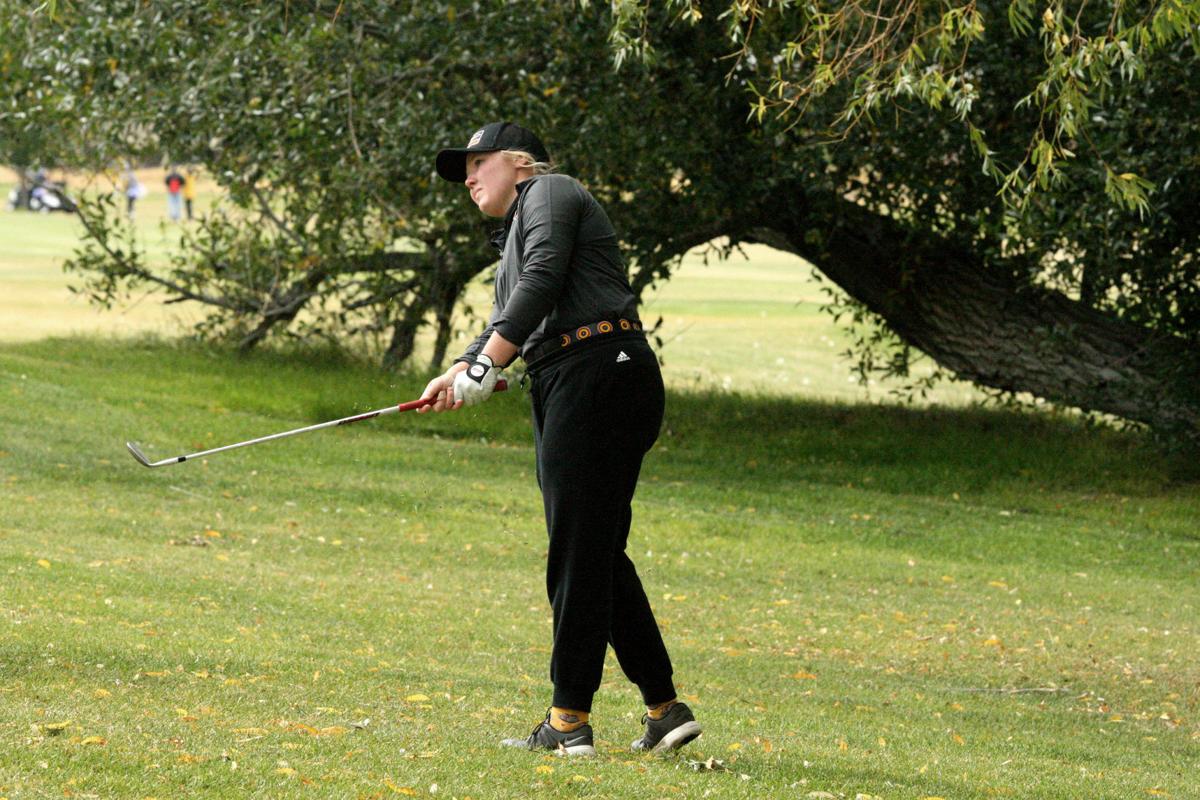 Kalispell Flathead's Marcella Mercer chips at the No. 9 green at Fairmont Hot Springs during the Western AA Divisional Tournament.

Missoula Sentinel's Joe Opitz gets out of trouble during the Western AA Divisional tourney's second round at Fairmont Hot Springs.

Kalispell Flathead's Marcella Mercer chips at the No. 9 green at Fairmont Hot Springs during the Western AA Divisional Tournament.

BUTTE — First-day leaders faced a challenge from competition and conditions Friday, but Kalispell Glacier and Butte were up to the task at Fairmont Hot Springs.

The Wolfpack and Bulldogs were the winners from the Western AA divisional golf tournament, holding onto their first-day leads to secure a 20-shot victory for the Glacier boys, and a 64-shot win for the Butte girls.

Both the Bulldogs and Wolfpack were able to secure wins on their sides due to standout play from their No. 4 players, with Glacier's Sam Manaker matching Kalispell Flathead's Ezra Epperly's score of 73 from the first day for the lowest round of the tournament.

"I'm really proud of him today," Glacier head coach Doug Manaker said of Manaker. "In super tough conditions, too. Yesterday was so close and today put it all together and had a great round."

Epperly went on to finish first as an individual, following that 73 with a 76 for a combined 149. Missoula Sentinel freshman Kade McDonough placed second with a 151, and Helena Capital's Caswell Bloomquist shot another 76 to take third and help Capital lock up third place behind the Spartans.

However, no teams provided the consistency of high scoring of Glacier, the only team to have all five golfers register a round in the 70s. Manaker and No. 2 Will Salonen came in with their 73 and 77, with Salonen's score just missing out on counting, but would have still ensured a 18-shot win.

Manaker said that consistent play from top-to-bottom has been a focus for his team, and that his squad is prepared for the postseason due to the internal competition his team already faces.

"We are very deep and very blessed with a lot of great golfers," Manaker said. "Even our No. 6 played in our varsity tourneys this year. It kind of readies us for these types of tournaments."

While Sentinel, Glacier and Capital fought for the top spots, Missoula Hellgate battled with Helena High, Flathead and Missoula Big Sky for the final spot.

Sitting in fifth place after one day and trailing Flathead by 10 strokes, the Knights needed a rounded performance from their team to earn a place at the Class AA state tourney.

Hellgate delivered, with Aiden Gappert (78,) Josh Beck (82,) Willis Philliber (84,) and Trey Mattson (84) all improving on their first day scores to chase down the Braves and nearly flip their deficit completely, finishing with a nine-shot gap to ensure that the Knights are playing in Missoula next week.

Butte suffered a major loss when the news came out that Bulldog No. 1 Jack Prigge was being put into quarantine due to a classmate testing positive and contact-tracing getting to the Butte sophomore.

For one, it meant that Prigge was out of the golf postseason after a summer and school season that saw him shoot consistently in the low 70s. For two, Butte could not qualify as a unit with just three golfers, meaning that senior Brady Anderson's final state tournament chances rested on his shoulders.

The Bulldog followed a first-day 87 with another, locking up a state appearance as an individual. Mankins complimented his senior and said it's incredible to have a representative from the boys' team.

"He could've good packed it in," Mankins said. "Him taking seventh is a big deal for a senior. Coming in and you lose your team is tough, but Brady played well and it's good on him to be able to represent Butte High."

On the girls side, with wind and potential for rain at Fairmont, seeing out a first-day lead wasn't going to be an easy task for any team. However, like the Wolfpack, Butte ramped up its play to not only maintain first but also grow their lead.

Butte finished with a 718, 64 shots ahead of second-place Helena Capital. The Bulldogs' No. 2 Kodie Hoagland bettered her first-day 84 with an 82 to secure an individual first-place finish, with Butte No. 1 Ella Prigge matching her 84 with another.

"She played really well," Butte head coach Eric Mankins said of Hoagland. "I think overall just she just played well and came out to compete and it was good to see from her. Ella too... Kodie and Ella beat a really good girl from Kalispell, for Kodie to take first and Ella to take second is a huge accomplishment."

Mankins is complimenting Flathead's Marcella Mercer, who finished a shot behind Prigge and led the Bravettes with a total score of 169.

With Missoula Sentinel suffering a withdrawal, the remaining full teams of Butte, Flathead, Glacier and Helena Capital all were ensured a spot at next week's state tourney. Mankins says its less about how his team finished or even the win itself, but the fact that the Bulldogs saw No. 4 Mackenzie Finnegan step up in a big way Friday with an 87.

"The shining star is McKenzie Finnegan," Mankins said. "Her playing that well after yesterday and throughout practice, and for our No. 4 to come and play like that, it's a big boost for our team to show that everyone can do it... I've always told them that it's the No. 4 or No. 5 that does something special and come through for the Bulldogs. McKenzie took it to heart and she did a good job today."