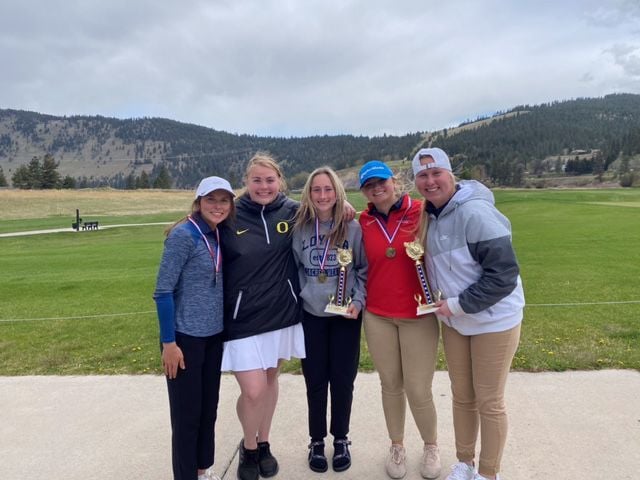 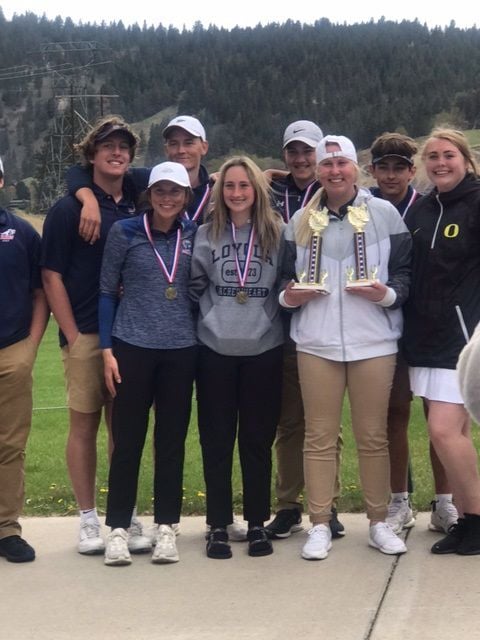 MISSOULA — Bianca Graham didn’t think too much about her hip when she got hurt during the fall soccer season.

The Missoula Loyola junior just assumed she had a sore muscle and that the pain would eventually subside. She moved onto cheerleading in the winter and muscled her way through the pain — at least as much as she could with an unknown torn labrum in her right hip.

“Then I couldn’t even walk for a while,” she said. “I was just limping everywhere.”

Graham went in for surgery Feb. 17, unsure of what her athletic future held. Not only is she back on the golf course, but she qualified for the state tournament just three months later.

So, in one sense, she’s already beaten some long odds this spring. Next up is teeing off in the State B girls golf tournament that gets underway Tuesday at Eagle Rock Golf Course in Billings.

“I’m just excited that I’m out here,” she said. “I wasn’t even sure if I was going to be able to golf this year.”

Graham had to make adjustments as she got used to her body after having three incisions in her hip and part of the bone cut off to avoid bone-on-bone contact. She’s worked to not put as much weight as she used to on her right leg while still making sure she swings through the ball correctly.

The season started slow for Graham as she felt pressure to perform after being a member of Loyola’s state championship team in 2019. She broke through when she won the Loyola Invitational on May 4 at Canyon River, and she followed up by tying for 11th at divisionals to qualify for state.

It’s a return that’s impressed Loyola coach Kelli Matheny, even as she worried about Graham having to carry her bag of clubs for 18 holes on top of the walking and golfing required.

“For anyone to come back so quickly from an injury like that is amazing,” she said. “It’s inspirational.”

Graham’s return was due in part to her not liking to sit around. She pushed herself in physical therapy and still does stretches before she golfs to get loose.

It’s all because she didn’t want to miss this season with her teammates, especially after she had her sophomore year ripped away from the pandemic. She’ll have one teammate, Morgan Neuman, golfing with her over the next two days because they both qualified as individuals.

“I just like being around all the girls because we’re all friends outside of golf, too,” she said. “I just wanted to play with them.”

On the boys side, Loyola qualified as a team, headlined by sophomore Zeke Boos.

The first-year transfer from Wisconsin has won every tournament he’s been in this season, including last week’s divisional in Bigfork. Now, he’ll get to see how he stacks up against competition he hasn’t faced this year while doing it on a golf course he has yet to play.

Matheny has been impressed with how every aspect of Boos' game is dialed in — from his club selection to the way he strikes the ball to his accurate approach shots and to his crisp putting. But there’s one thing that stands out above the rest.

“I think consistency is his big thing,” she said. “Golf is such as tough game that consistency is the toughest part. For him to be mentally mature enough as a sophomore is impressive.”

Boos is joined at state by teammates Connor Hansen, Kaden Matheny and Jack Haffey. They all finished in the top 11 at divisionals and combined for a team score of 337 as the Rams won the team title.

“The biggest thing for our boys is if we can get them to play to their potential,” Matheny said. “They’re incredible players, so it’s making sure everyone plays up to their ability.”