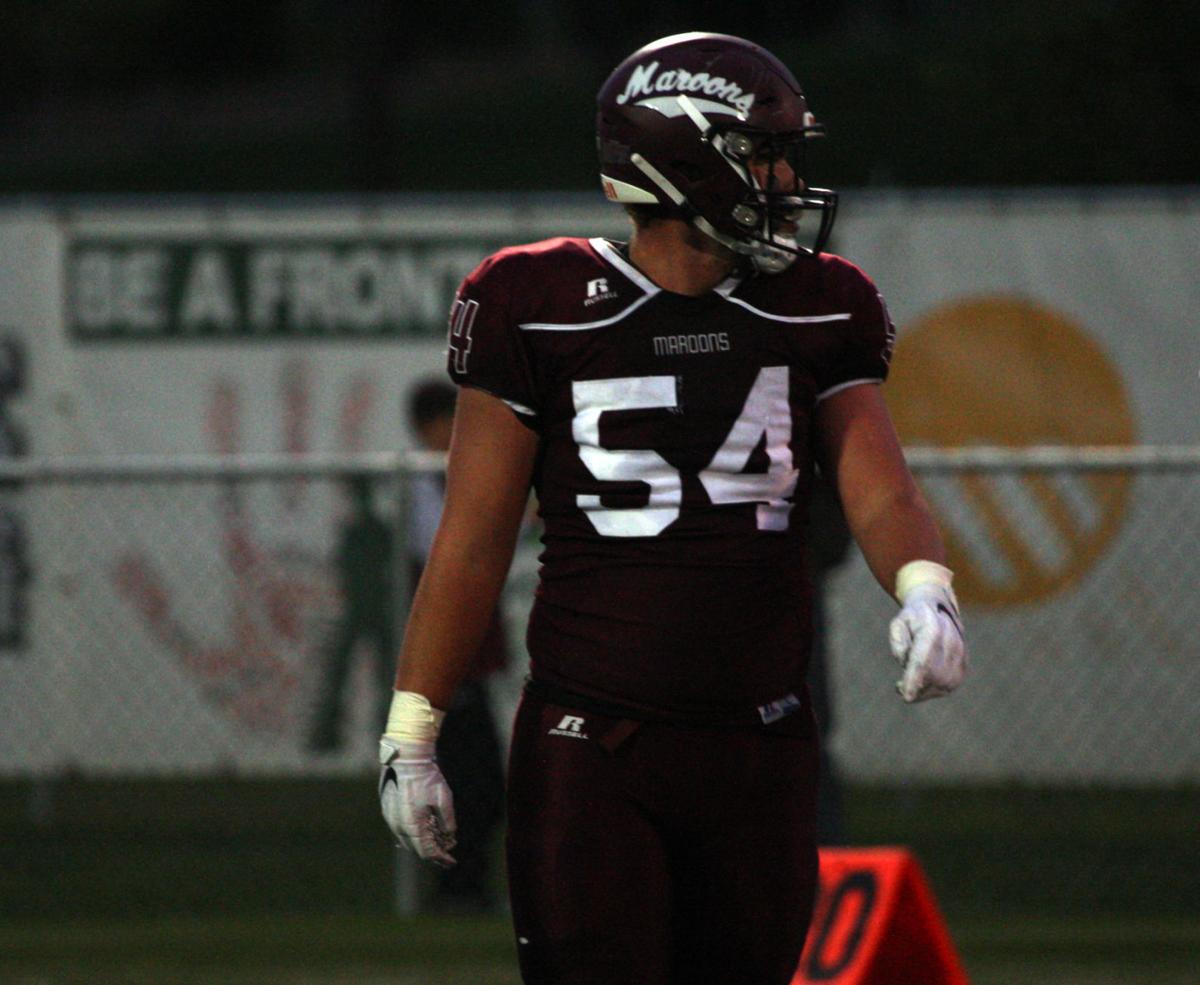 Butte Central's Aaron Richards may be going to Montana State to play football, but the senior also is a starting basketball player and contributor to the Maroons' track and field program. 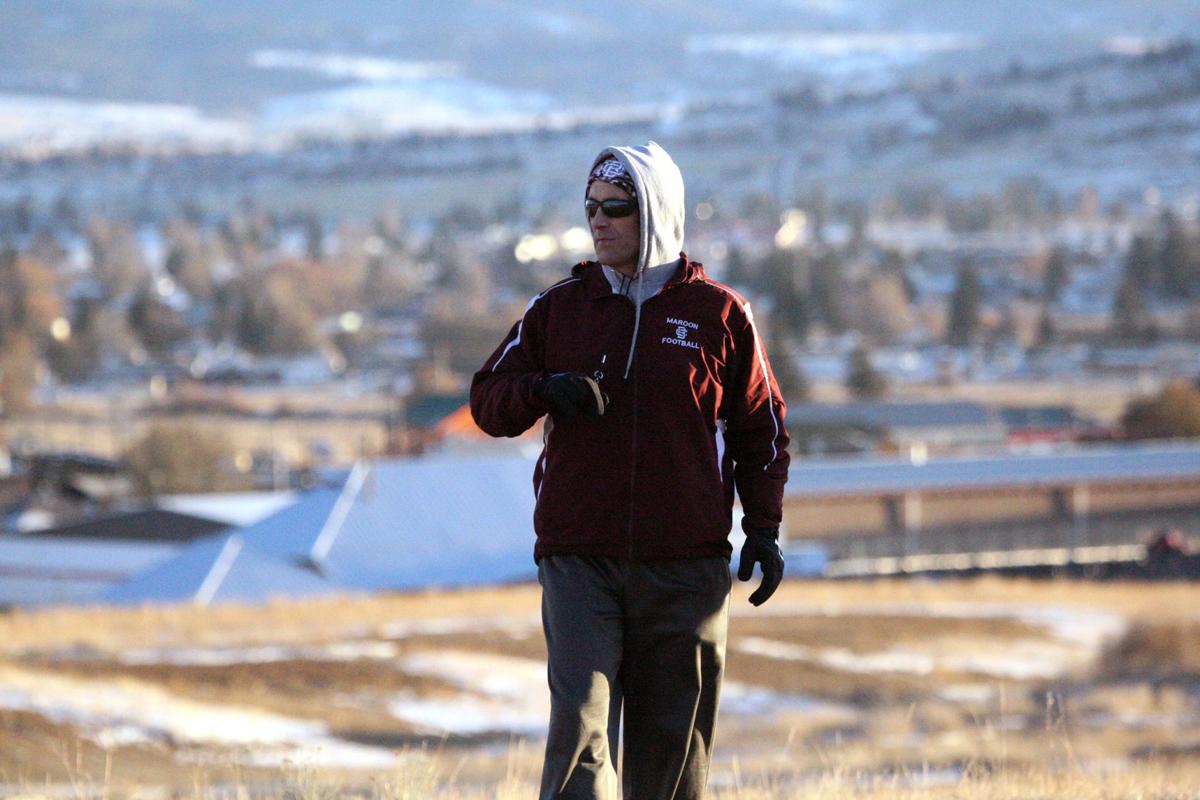 Butte Central's Aaron Richards may be going to Montana State to play football, but the senior also is a starting basketball player and contributor to the Maroons' track and field program.

When the call for extra players was made by Butte Central’s football program, one of the first to step up was Luke Heaphy.

Entering his senior year as a two-year captain on the basketball team, the point guard-turned-wide receiver said that it was an easy decision to make to help his friends, but also be a part of the Maroons’ football tradition.

“It’s both ways,” Heaphy said. “These guys needed a body out there, but at the same time the school needed it. [I thought] about everybody that had been here before and worn that jersey and it was something special to be able to do.”

Heaphy uses the word 'body' as if he didn’t bring in 139 yards and two touchdowns at receiver, but his decision to suit up for Central’s football program at all is likely the biggest contribution says Brodie Kelly, head coach of the Maroons’ basketball program.

“It’s a really good example for kids down the road,” Kelly said. “It’s a reality that we deal with at Central, but I think it’s a reality that a lot of Class A and AA programs deal with these days. I know across the country and state that participation in sports is down, and I think all coaches and programs are trying to find solutions for setting the right level of expectations for their athletes.”

The downward trend of participation in athletics has seen reverberations across the country, with visible examples in Montana, as 2019 saw the forfeiting of football seasons from Class A’s Livingston, as well as from 6-Man’s Grass Range-Winnett and 8-Man’s Lame Deer.

While many of the reasons behind forfeits and lack of participation are part of a greater problem facing the landscape of youth sports, Central’s athletic programs have planned and acted to not just avoid a similar path, but to thrive despite an uphill battle.

November marks the transition out of a successful fall sports season at Central, which saw the Maroons’ football team reach the playoffs after missing the postseason the previous year and the volleyball squad go to the state tournament for the first time since 2015.

However, to reach said success this past fall, and to replicate said progress in the winter and spring seasons, the planning begins in the summer, says football head coach and school president Don Peoples Jr.

“Coach Kelly and I get together every spring,” Peoples said. “We plan out the month of June… which is a really intensive month. We try to plan our schedule so that the kids aren’t being pulled in two different directions.”

Aaron Richards, a football commit to Montana State and Heaphy’s teammate in basketball and football, agreed on the business in June, but offers the popular point in Central’s culture that there is a mutually beneficial relationship between playing and preparing for multiple sports.

“Summer gets really busy,” Richards said. “Especially in June. It’s time to get ready for football with team camps, and June for basketball is playing every weekend. They work together pretty well, especially with our lifting program.”

The value that playing multiple sports provides varies. The obvious being the physical improvements and conditioning, but the knowledge and maturity that each sport can provide, as well as the personal relationships that one builds when being part of a team, are equally important.

Heaphy highlighted the physical side, mentioning that having to lift weights and endure the physical toll of playing football has already prepared him for his senior basketball season

“Physicality-wise, it definitely helps,” Heaphy said. “It basically got me ready for basketball season, just being up to bang around with people and just go at it.”

As for Richards, the technical side of both basketball and football help each other, and the dexterity practiced in both help when track and field season begins.

“Basketball translates a lot to football,” Richards said. “Being an offensive lineman or playing defense in basketball, you’re basically just blocking. Basketball helps with track too, it gets my feet working well which is good because I’m a thrower.”

The benefits of playing multiple sports is certainly a valid reason to sign up for athletics besides the students’ personal favorites, but the impressive aspect of Central’s programs is the number of kids that go out for sports, not to mention the plethora of kids that sign up for multiple programs.

Peoples acknowledged that it isn’t just all beneficial, and that it a logistical task for the administration and coaches and a large workload for student-athletes to be dialed in and focused on improving at each sport with overlapping schedules and responsibilities.

“From a multi-sport athlete perspective,” Peoples said. “To be good at a particular sport, you have to really work hard in the offseason, so it creates a balancing act. We have kids that play four sports, three sports, and many kids that play two sports. There’s never an offseason for those kids.

It’s a tall order for a school that brings in far less attendance of your average Class A athletics program. While staff are employees and most are products of Butte Central, it raises a question for the student-athletes, who balance sports, school, social lives and all the issues of growing up:

Well, as Heaphy mentioned earlier, it’s a respect and belief in the school they attend. But, as Kelly brought up, it’s also a product of the friendships built by playing side-by-side, and the desire to help those in your community.

“In part, it’s a testament to the tradition we have at the school,” Kelly said. “The kids also realize their commitment to one another, they want to succeed at the highest level. Maybe some of them have thought about stepping away from the sport, but I know there are kids that have not because for unselfish reasons, stick with their sport so their friends and classmates have an opportunity to compete.”

The precedent that Richards, Heaphy and countless other kids are setting at Central is the kind of attitude that, as Kelly pointed out, can lift a school over the issues plaguing other programs.

Considering that Central reached the postseason in football and volleyball, and are looking to return to state in both girls’ and boys’ basketball, Richards, Heaphy and the rest of the Central’s student-athletes appear to be setting a successful example.