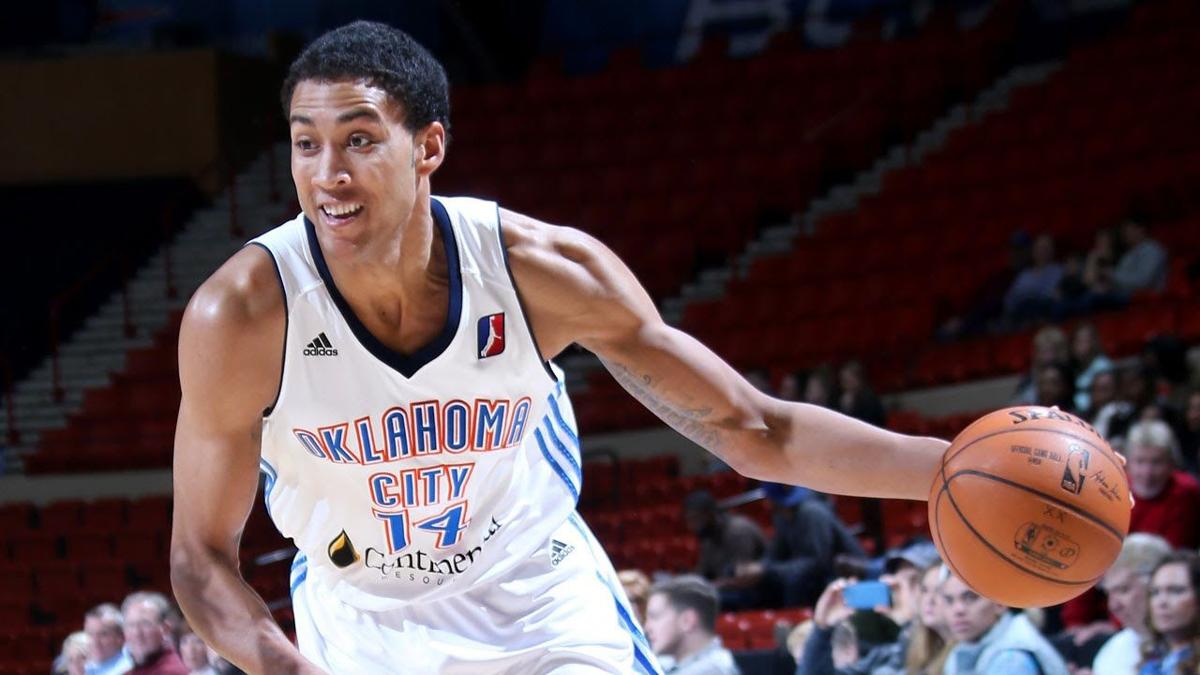 Great Falls native Josh Huestis a one-time first-round pick of the Oklahoma City Thunder was announced as a member of the MHSA Montana Athletes Hall of Fame class of 2020. 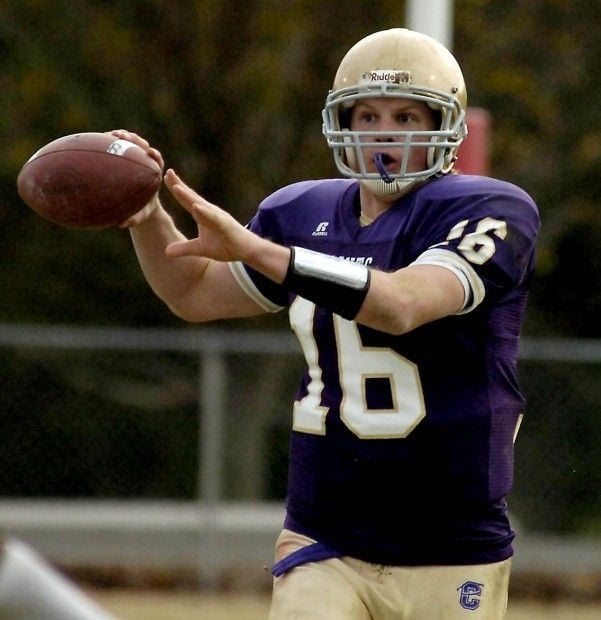 Great Falls native Josh Huestis a one-time first-round pick of the Oklahoma City Thunder was announced as a member of the MHSA Montana Athletes Hall of Fame class of 2020.

The Montana High School Association has announced the 2020 class of athletes inducted into the Montana Athletes Hall of Fame, which is presented by Wendy's.

According to a press release from the MHSA, the class of 2020 will have seven inductees including Jeff Ellis, Tyler Emmert, Josh Huestis, Jeff Larson, Marj (Connors) Markle, Duane Olson, and Gary Peck.

The Old Timer category is for nominees who have graduated at least fifty years prior to the induction year. All of this year’s inductees are from the Modern Era category, except Duane Olson and Gary Peck.

Here are the inductees and bios from the MHSA release:

Jeff Ellis ‐ Skyview High School (1991) Jeff was a standout football, wrestling, baseball, and track athlete from Billings. In football he was a three-year varsity starter playing middle‐linebacker, fullback, tight‐end, punter and field‐goal kicker. As a sophomore Jeff was second team all‐state linebacker, his junior year he was First Team All‐State linebacker and Second Team All‐State fullback, and his senior season he was selected First Team AA All-State linebacker and fullback, as well as AA defensive player of the year. Jeff was selected for the East/West Shrine team earning outstanding defensive player of the game. His football jersey #47 is the only retired jersey at Skyview. Jeff also wrestled and took fourth place at state his freshman year at 171 lbs. During his sophomore season his only loss was in the state championship match, and both his junior and senior years he was a state champion at 189 pounds. In track, Jeff was the state champion in javelin, setting a new school record of 210 feet. He also played baseball as a pitcher and third baseman for the Billings Royals. After graduation Jeff received a full‐ride scholarship to play D1 football at Brigham Young University where he played middle linebacker and special teams. Jeff played in the Cotton Bowl in 1996, the year the Cougars broke the NCAA record for most wins in a single season going 14‐1 and ranked #5 in the nation. Jeff also wrestled for BYU as a heavyweight.

Jeff is married to Renae Ellis and has 2 daughters and 3 sons. He is currently working for Intel Corporation and living in Hillsboro, Oregon.

Tyler Emmert lost just three football games in high school and college. He was 24‐0 at Capital High and 56‐3 at Carroll College for an 80‐3 mark. Tyler quarterbacked the last six teams of his career to championships with two state titles at Capital and four national crowns at Carroll College. He also played centerfield for the 2001 Helena Senators, which captured the team’s first State Legion baseball crown in 33 years. He won two state titles in track and field. Tyler was the AA Offensive MVP in 2000, selected to play in the East/West Shrine Game, chosen for the Mon‐Dak All Star Game‐earning MVP, and was selected to the Great Falls Tribune Super‐State Team. In college he was a two‐time NAIA national player of the year, national title game MVP three times, NAIA player of the decade, the national Little Sullivan Award winner and the Duer Award winner given to the top NAIA student/athlete in the nation. During his Carroll career, Tyler accumulated 12,770 yards and 110 touchdowns through the air, while rushing for 1,209 yards and 23 touchdowns. He was also the first quarterback in the history of college football—at any level—to finish his career with a completion percentage better than 70 percent. He amassed 1,037 completions on 1,473 career attempts for a career completion mark of .704, an NAIA career record. He also holds the NAIA career record for total offense with 13,979 yards. Tyler resides in Helena with his wife Amy and they have one daughter, Catherine.

Josh Huestis is one of Montana’s most highly acclaimed athletes. His success began at C.M. Russell High School (2006‐2010), where he led the basketball team to two State Championships in 2009 and 2010. In addition to the State Titles, he was also named First Team All‐State (2009 & 2010), Super State (2009 & 2010), Montana’s Gatorade Player of the Year (2009 & 2010), and Montana’s Mr. Basketball (2010). After graduating from C.M. Russell in 2010, Josh received a scholarship to play basketball for Stanford University where his success on the court continued (2010‐2014). Throughout his career as a Cardinal, he was named to the Pac‐12 Defensive Team in 2012, 2013, and 2014, scored over 1,000 points, and is the All‐Time Leading Shot Blocker in Stanford history. In addition to his personal achievements, he helped lead his team to the 2014 NCAA Sweet 16 and took down many top‐ranked teams in the process. After graduating from Stanford with a degree in psychology, Josh entered the 2014 NBA draft where he was selected in the first round as the 29th overall pick by the Oklahoma City Thunder. Josh went on to spend four years with the Thunder Organization (2014‐2018) and became a regular part of their rotation during the 2017‐2018 season, recording 10 starts and playing in a total of 69 games. While Josh has achieved a high‐level of success in his career thus far, it is not over. Josh is currently playing for FC Bayern Munich and living in Munich, Germany with his wife, Haley.

Jeff participated in football, basketball and tennis all four years of high school (’03‐’06) and golf his senior year (’06). He earned First Team All‐State Honors in both football and basketball his junior and senior years, and First Team All‐State in tennis all four years of high school. He was selected as the State B Basketball Tournament MVP both his senior and junior year. He was also chosen to the Great Falls Tribune Super State Basketball Team in 2005 and 2006 and received Honorable Mention for football in 2005. Throughout his high school career, he earned 11 state championships including 3 in basketball, 1 in football, 4 in team tennis, and 3 doubles titles all while maintaining a 4.0 GPA and earning co‐valedictorian honors. After graduation, he received a scholarship to play with the University of Montana Grizzlies football team where he played quarterback and wide receiver over his four years there. While with the Griz, he earned the Hauck Family Special Teams Player of the Year in 2010, was co ‐winner in 2009, and played in 2 national championships in 2008 and 2009. Jeff lives in Missoula with his wife, Jessa, and their two children, Taysom and Emersyn, and is a Wealth Advisor with Granite Peak Wealth Advisors.

Marj, a 1982 graduate of Glasgow High School, excelled in both basketball and track. As a four‐year starter on the Scotties basketball team, she competed at the State Basketball Tournament each year. She helped the team win the school’s only state title in 1981, was honored as a 1st Team All‐State selection in basketball for three consecutive years and was selected as a Carnation All‐American her senior year. Marj was also an excellent track athlete earning All‐State accolades all four years. During high school she claimed individual state titles in the javelin and both the 100 meter and 800 meter races, a rare combination. As a junior she set a new State Class A record in the javelin. She still holds several school records. Marj attended the College of Great Falls playing two years before the basketball program was dropped. In 1985 she transferred to Boise State and took over the starting guard position. While in Boise she was chosen as one of six outstanding athletes for, “Big Sky Women Athletes of the Decade”. She returned to Glasgow High School to teach math and coach basketball and track. The Scottie basketball team played for a second state title with Marj as the head coach. In 2011 she retired as the high school principal. She has four children Jeremie, McKenzie, Taylor and KayCee and resides in Glasgow with her husband Scott. She is the daughter of Bill and Berta Connors.

Duane was an outstanding wrestler and football player at Big Sandy High School from 1964‐67. He was co‐captain of the football team, earned All‐Conference Honors both his junior and senior years and awarded the Most Valuable Football Player award his senior year. Duane was a natural athlete in football and track, but wrestling was where he found his niche. While wrestling at Big Sandy High School, Duane was a 3‐time Montana State Wrestling Champion at 145 lbs. and went undefeated his sophomore, junior, and senior seasons (1965‐67). At this time there were no school size classifications for individual matches. He wrestled opponents from AA‐A‐B & C schools. His three state championship matches were against wrestlers from Billings, Missoula, and Great Falls. Duane was awarded the Outstanding Wrestler of the State Tournament his senior year while leading his team to a Class BC state championship and an overall 5th place team finish. After graduation, Duane attended Iowa State University in Ames, Iowa on a full‐ride wrestling scholarship for two years. Duane wrestled in the Big 8 Conference tournament and placed 4th. He also placed 2nd in the Great Plains tournament in Nebraska. In 1969 Duane wrestled in the NCAA National Wrestling Tournament where his team took home the NCAA National Championship Title. While at Iowa State University, his wrestling partner and teammate was Olympic Gold Medalist, Dan Gables. Duane lost his life on February 22, 1976, during a house fire in Syracuse, Kansas where he was working at the time.

Gary Peck graduated as salutatorian from Libby High School in 1961. He would become one of Montana’s most accomplished multi‐sport athletes, winning seven MVP awards in three different sports. One of the most prolific scorers in Montana basketball history, he led all scorers in the NW Class B Divisional Tournament as a freshman; State Class B Tournament as a sophomore; and broke the All‐Class State Tournament three game scoring record as a senior. His 752 points in 1961 was the 2nd highest scoring total in history. His season and career field goal marks still rank in the top ten of all time. In football, he led the Loggers to an undefeated title in 1961. During this season he individually accounted for 157 points in 8 games and was selected to the East/West Shrine Team. Highly recruited nationally, in 1961 he chose the University of Minnesota, but in 1963 returned to the University of Montana on a full‐ride football scholarship. In 1966, he graduated with honors as one of the most decorated athletes in Grizzly history. His honors included: Team Captain and MVP of the highest scoring basketball team in U of M history, MVP in baseball, All‐Big Sky in both basketball and baseball and a Big Sky team championship in golf. Gary was also a recipient of the Grizzly Cup, Jaycee Outstanding Athlete and KGVO Leadership Awards. Gary has two sons Kevin and Jeff. He retired from his insurance agency in 2000, and resides in Libby and Bermuda Dunes, California.