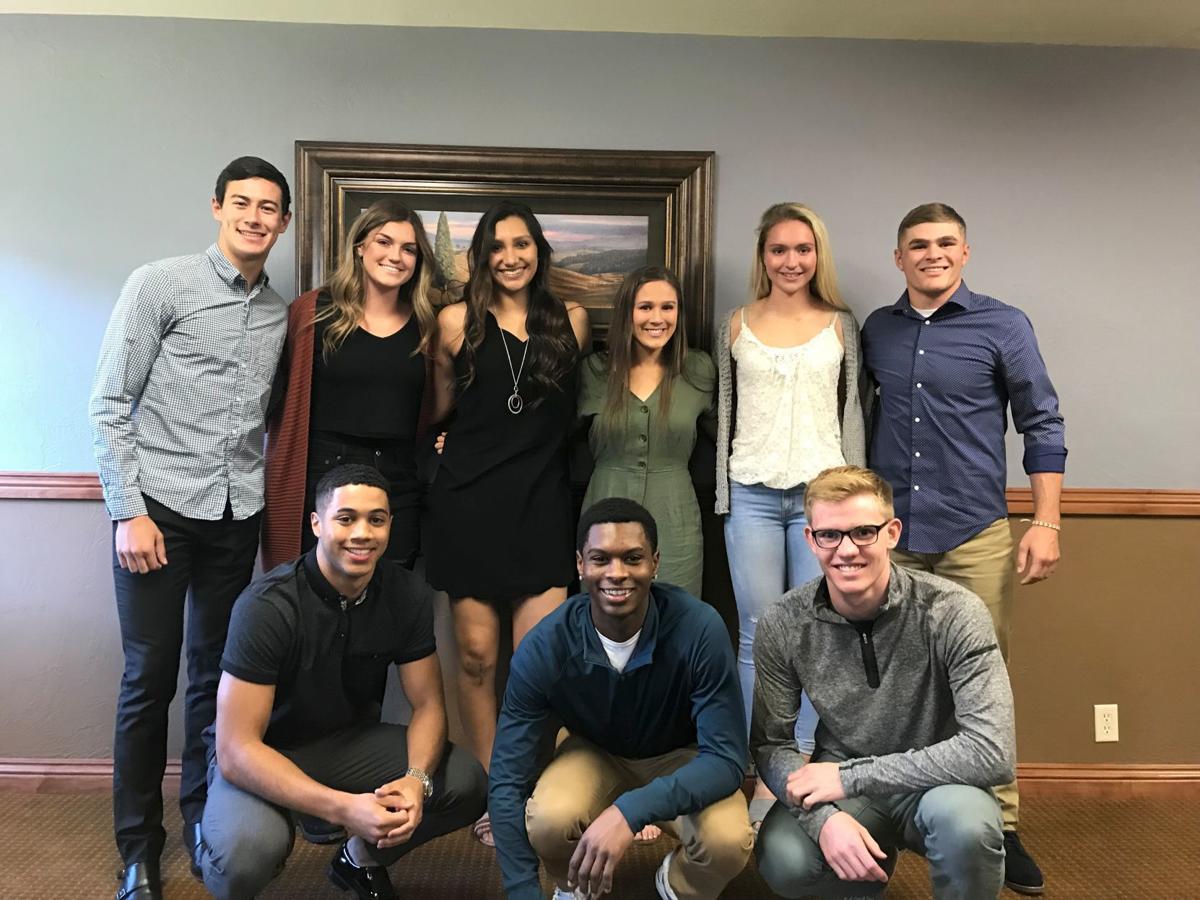 The Midland Roundtable Athlete of the Year finalists are pictured on May 1. In the top row, left to right, are Lucas Gibb, Shayla Montague, Kola Bad Bear, Ellie Ostermiller, Tavy Findon and Jace Rhodes. In the bottom row, left to right, are Jesse Owens, Chrishon Dixon, and Jack Leuthold. Tiahna Vladic was competing at the Top 10 meet and is not pictured. 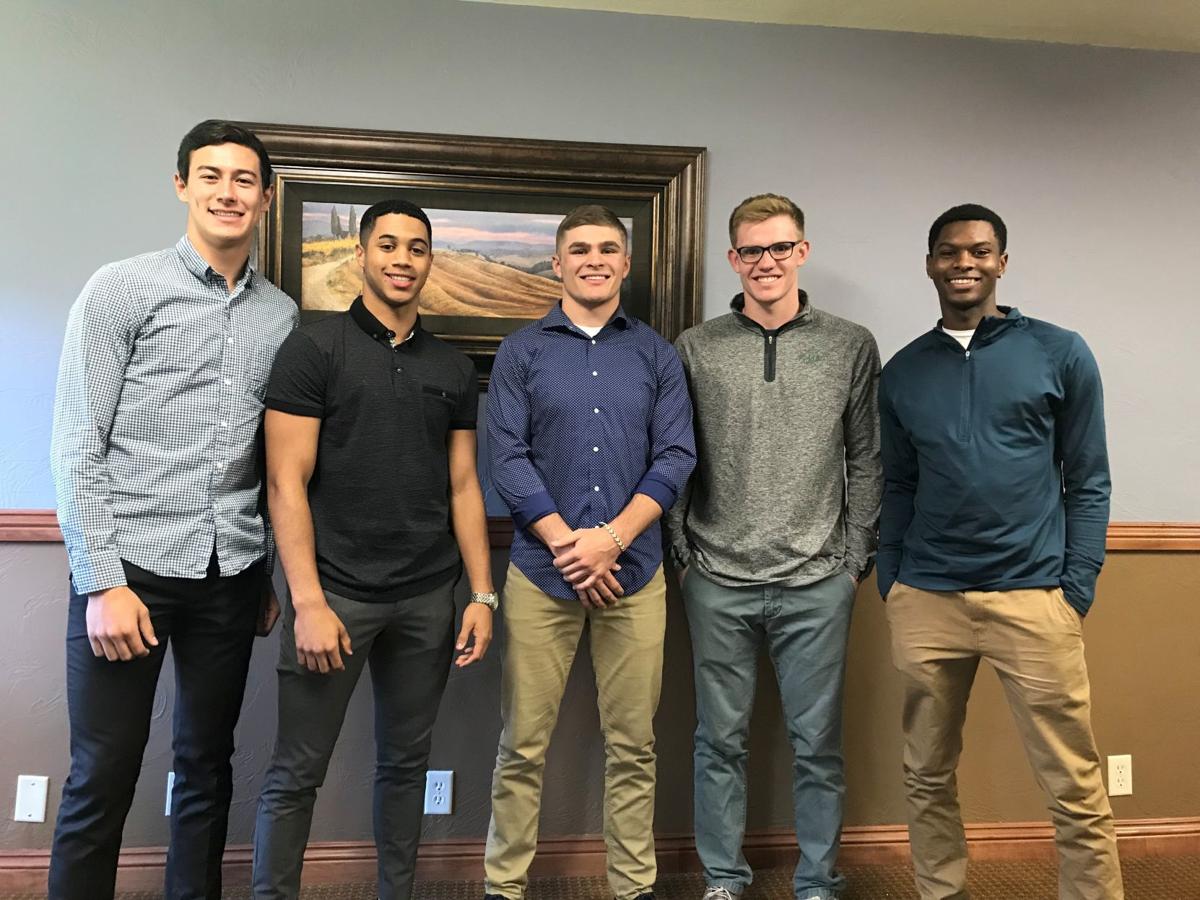 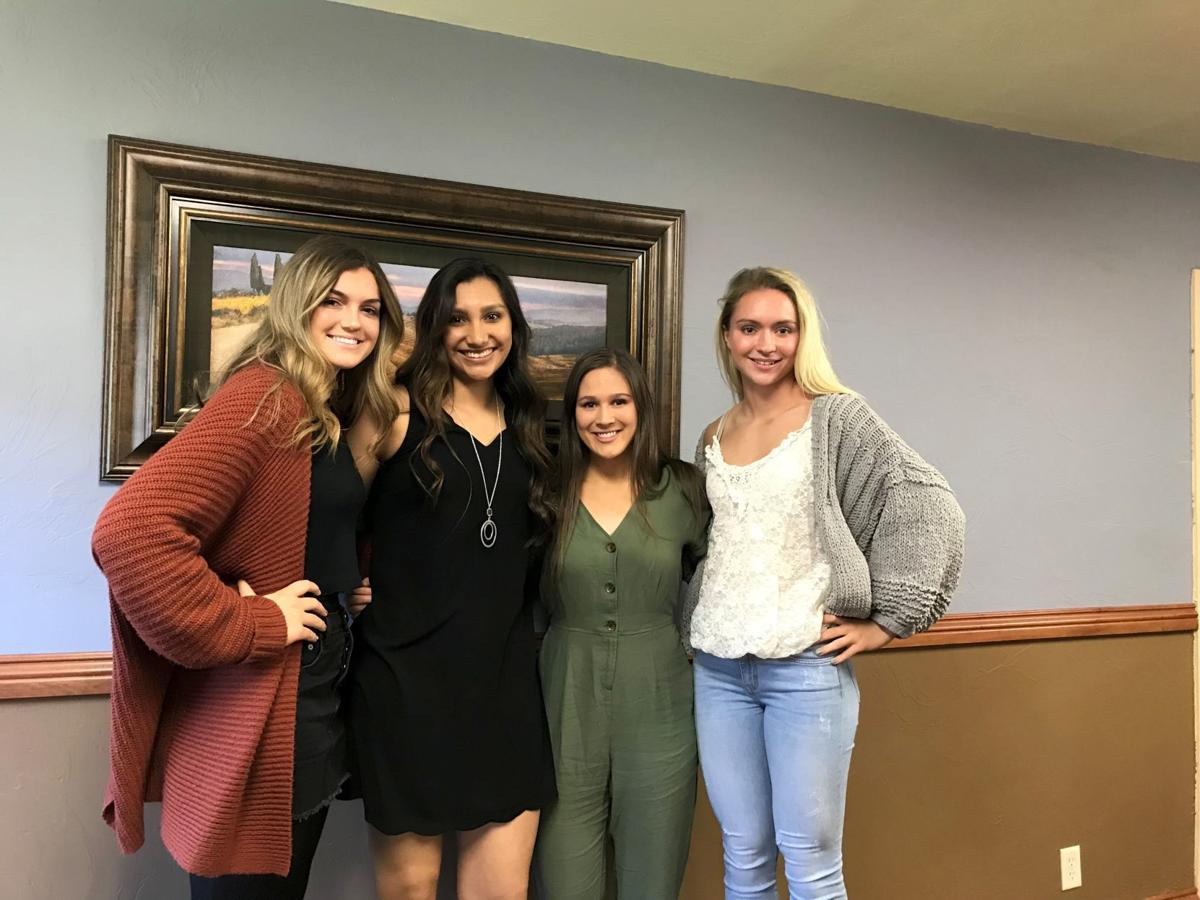 Girls finalists for the 2019 Midland Roundtable Athlete of the Year award, pictured May 1, are (left to right): Shayla Montague, Kola Bad Bear, Ellie Ostermiller and Tavy Findon. Tiahna Vladic was competing at the Top 10 meet and is not pictured. 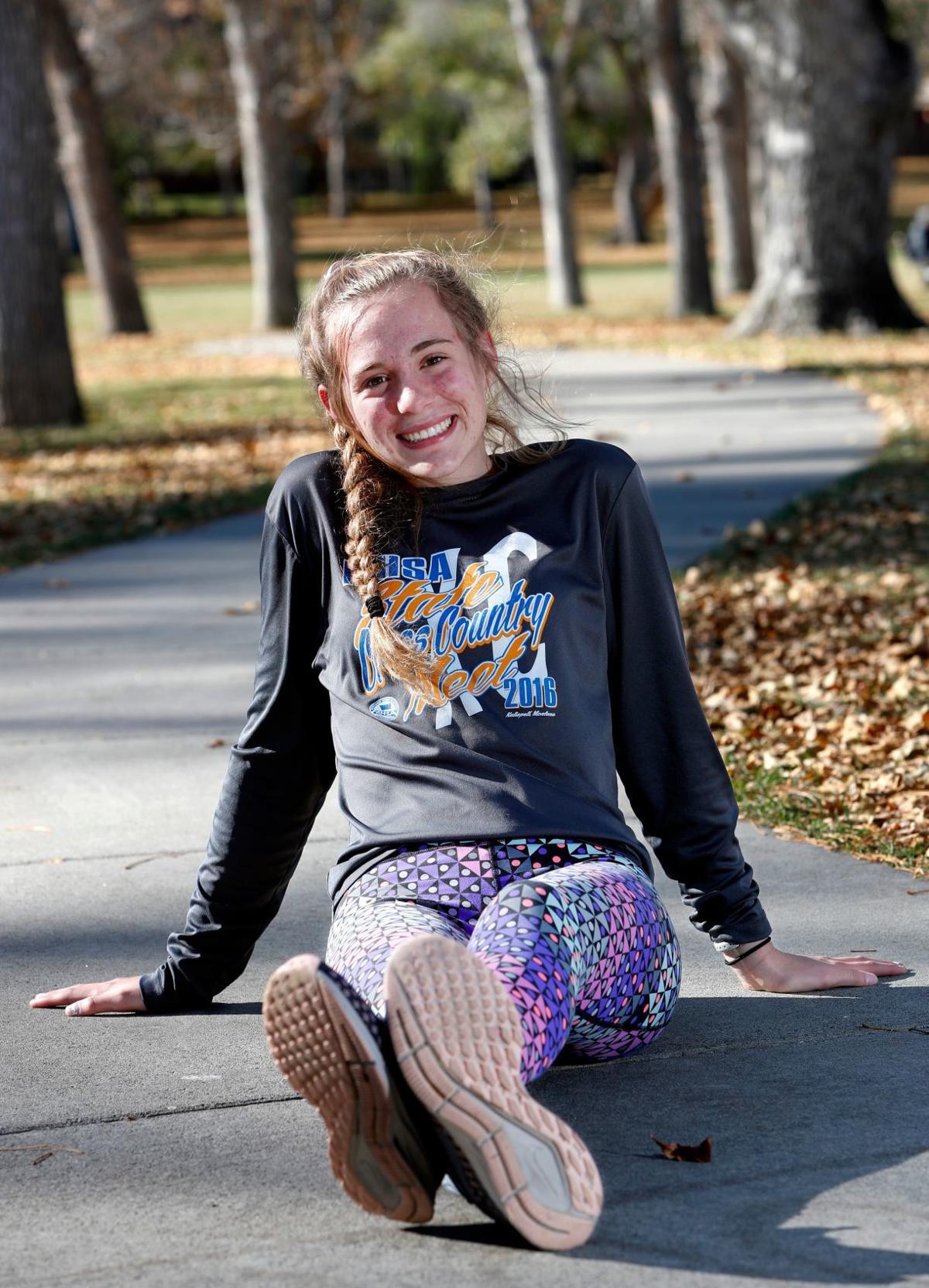 BILLINGS — The 31st annual Midland Roundtable Athlete of the Year awards banquet is on tap for Wednesday night at the Billings Hotel and Convention Center.

The event is scheduled to get underway at 7 p.m. Five boys and five girls finalists have been nominated for the annual honors, which have been presented since 1989.

The finalists were selected from a pool of candidates nominated by coaches and athletic directors. All of the boys and girls will graduate from one of Billings' four high schools.

Last year, the girls winner was Maddie Brockel of West. For the boys, it marked the first time there were co-winners as Gabe Sulser and Charlie Klepps of Senior shared the honor.

Football: Was a first-team all-conference and all-state cornerback for the past three seasons. He was also an all-conference wide receiver three consecutive years. A four-year letterman, he helped the Rams capture a State A championship in 2018.

Basketball: Was an all-state selection the past two seasons. Helped Central win a State A title in 2019. He was a four-year letterman.

Football: Was the Class AA Defensive MVP for the state-champion Bears. He was a first-team all-state defensive back and honorable mention wide receiver last season. Was a three-time all-academic all-state pick. Lettered three years.

Track: Ran a leg on the winning 1,600-relay team at state in 2018. Helped the West boys win a state team championship. Also received all-state recognition in the 400 meters. A two-time academic all-state performer. Is a two-year letterman.

Swimming: Was a four-year letterman for the Rams. Was on state title teams at Central the past three seasons. Won three individual titles at state last season, and five overall. Academic all-state recognition from 2016-19.

College: Plans to swim at the University of Wisconsin.

Football: Was a three-year starter for the Bears, receiving all-state accolades as a senior at wide receiver, defensive back and kick returner. Helped West win the State AA championship in 2018. Selected as the Offensive MVP in the Class AA ranks. Was also an all-state wide receiver and kick returner as a junior. Three-time academic all-state.

Basketball: Was a four-year starter and a two-time all-state player. Three-time academic all-state.

College: Plans to play football at the University of Montana.

Golf: Was a three-time state placer and all-state selection. Member of the Bears' state-title team in 2017 and state runner-up squad in 2018. Academic all-state honors.

College: Plans to wrestle at the University of Wyoming.

Volleyball: Was on two state runners-up teams for the Broncs. An all-state choice in 2017 and 2018. Lettered four years. Was recognized as an academic all-state athlete.

Basketball: Was sidelined during her senior year by a knee injury suffered in volleyball. Lettered three years, and was first-team all-state for three consecutive campaigns.

Track: Was a four-year letterman, earning all-state status for the past three seasons. Won the 300-meter hurdles at state in 2018. Placed second in the 100-meter hurdles and 400 meters. Also won a state championship in the 1,600 relay in 2017. Academic all-state.

Volleyball: Played on a third-place team at the Class AA state tournament in 2016. Was a first-team all-state selection in 2018.

Basketball: Played two years, including a stint on the 2016-17 team, which placed third at state.

College: Plans to compete in track at Carroll College.

Basketball: Was a four-year letterman. A first-team all-state and all-conference player during the past two seasons. Helped West place second at state in 2019, earning all-state tournament honors in the process. Academic all-state recognition.

Softball: Was an honorable mention all-state player in 2018. Has been the MVP for Senior for the past three seasons.

Basketball: Was a second-team all-conference pick during the past two years. Has played basketball for three years. Played on a third-place team at state during the 2016-17 season. Was a team captain in 2018-19.

Cross country: Has achieved all-state status over four straight seasons, finishing first at state in 2016 and 2018. She was the runner-up in 2017. Is also a two-time Gatorade Athlete of the Year, winning in 2016 and 2018.

Track: Has received all-state recognition in track over the past three seasons.  Is competing for the Broncs again this season. She was part of a winning 1,600-meter relay team for Senior in 2017 and 2018. Has received academic all-state honors.